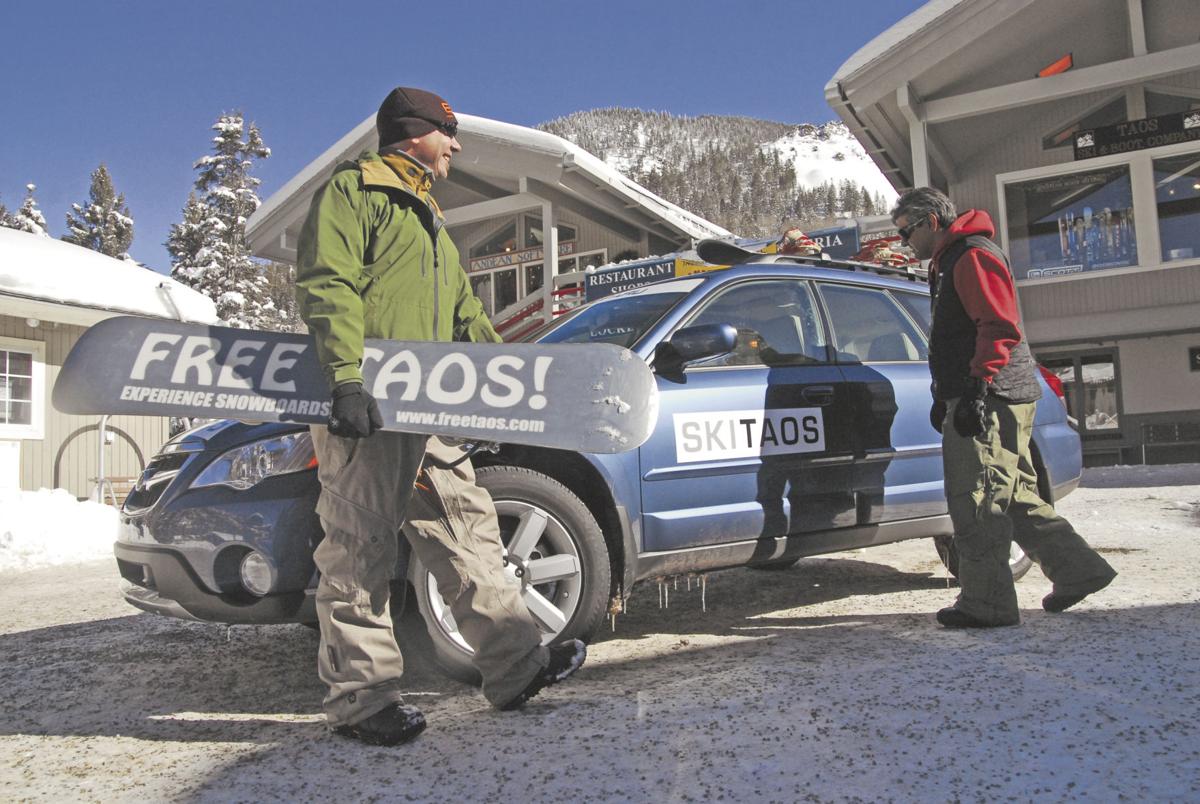 Michael Johnstone, left, and George Medina gear up for snowboarding at Taos Ski Valley. The duo, who advocated for snowboards at the ski basin for more than a decade, died within a few days of each other last month. 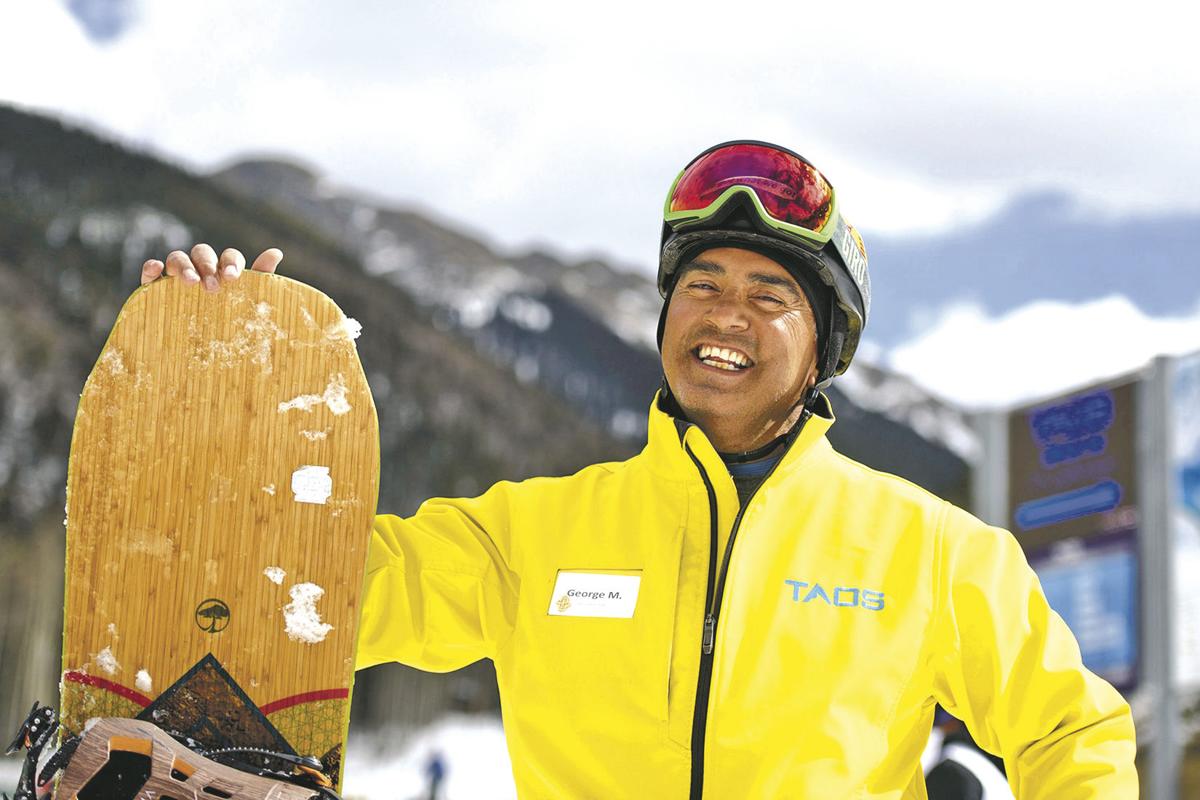 George Medina, who was part of the Free Taos campaign to bring snowboarding to Taos Ski Valley, died June 24. 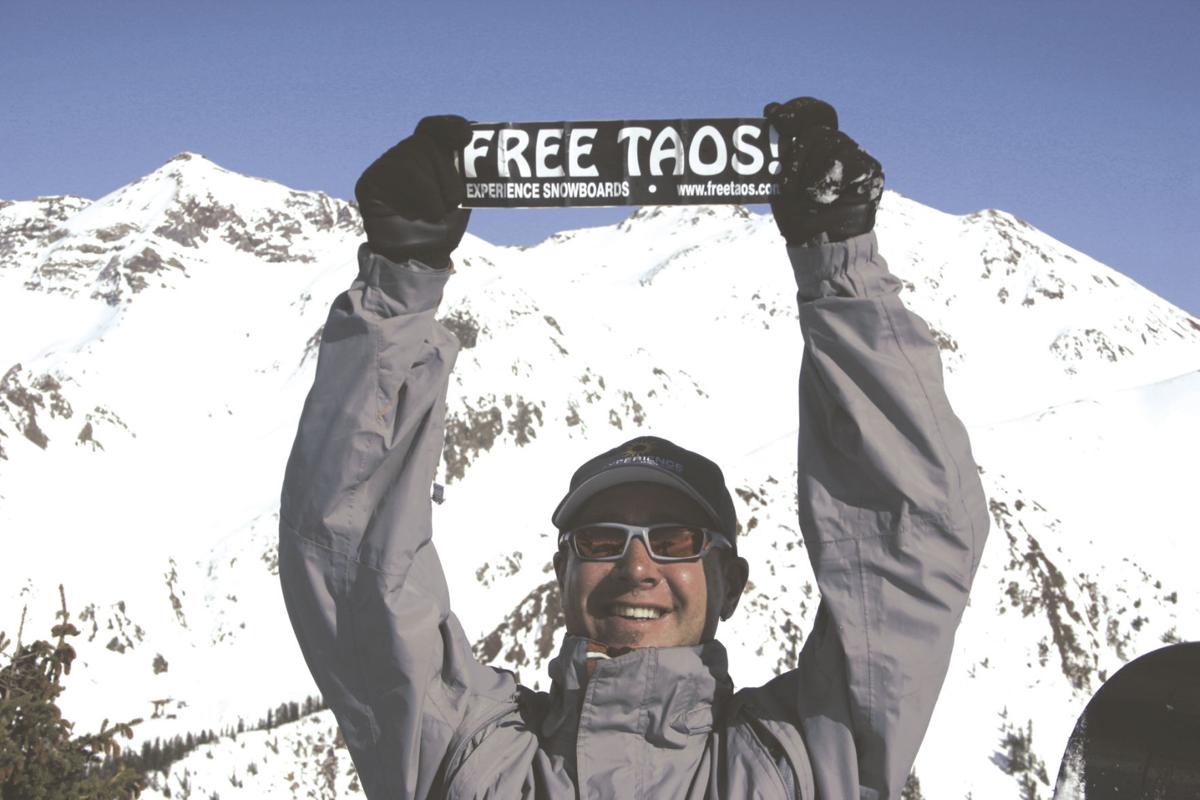 Michael Johnstone, left, and George Medina gear up for snowboarding at Taos Ski Valley. The duo, who advocated for snowboards at the ski basin for more than a decade, died within a few days of each other last month.

George Medina, who was part of the Free Taos campaign to bring snowboarding to Taos Ski Valley, died June 24.

TAOS — George Medina and Michael Johnstone, two Taos County snowboarders who encouraged the Blake family to finally end a ban on the sport at Taos Ski Valley 13 years ago, died recently within just a few days of each other.

“They were some of the first people to ever get fully certified as snowboard instructors in New Mexico,” said Jeff Marcum, a skier from Angel Fire.

Marcum had partnered with Medina, Johnstone, eventual Taos Ski Valley Mayor Christof Brownell and Brandon Peterson in the mid-1990s to form Free Taos, the movement that nudged resort operators to allow snowboarders for the first time in 2007.

Medina, 54, died June 24 when a concrete truck he was driving flipped on U.S. 64 in Taos Canyon. He had driven the truck for many years for his family’s business, Robert Medina and Sons Concrete and Sand. He also ran a concrete pump company.

During the winter, Medina spent almost every weekend on the slopes. He was often accompanied by Johnstone, who moved from Seattle to New Mexico in the 1990s to start Experience Snowboards with Medina in Angel Fire.

It was one of the first snowboard specialty shops in New Mexico, the birthplace of Free Taos and the launching pad for many adventures Medina, Johnstone and their friends shared in the mountains.

“George was one of the kindest, most generous people I’ve known in my life,” Johnstone said June 26 after learning of Medina’s death. “I spent 25 years working with and snowboarding with and philosophizing with and repairing snowboards with George. His kindness and generosity will continue to ripple throughout Taos and the snowboarding community.”

Johnstone, 50, died in his sleep a day after the interview.

Marcum said Johnstone had been battling throat cancer for a few years and was undergoing a third round of chemotherapy. Johnstone’s death also was a shock that will be felt in the wider snow sports community, he added.

“There was every hope in the world that he was going to kick it in this last round,” Marcum said.

Jacob Herrera, who, along with Medina, was one of the first snowboard instructors at Taos Ski Valley, remembered the elation felt by snowboarders — as well as those who were itching to try the sport — when the ban was lifted.

He said Medina was a “technician” who helped introduce many newcomers to the sport, teaching them how to carve a hill properly.

Even off the clock, Marcum said, Medina would “jump in” with just about anyone on the mountain for a few runs.

Before his own death, Johnstone said Medina had a knack for helping people “without them knowing they were being helped necessarily. He was a very, very special human being.”

While the growing popularity of the sport became difficult for the Blake family — the ski valley resort operators — to ignore, Herrera and many other snowboarders believe Free Taos helped accelerate the change.

Before the ban was lifted, Brownell used a snow shovel to carve “Free Taos” in giant letters into the snow on the hillside across from the ski valley’s slopes.

“We felt that it didn’t matter if you slide forward or sideways, regular or goofy, that you should be allowed the same access to terrain — regardless of how you went down the mountain,” Johnstone said.

He still remembered the day he, Medina and their friends stood in the lift line for the first time at Taos Ski Valley with their snowboards strapped to their feet. “We were in the lift line with a whole lot of locals and snowboarders from around the country,” Johnstone said. “It was a pretty exciting day on the slopes.”

This story first appeared in The Taos News, a sister publication of the Santa Fe New Mexican.