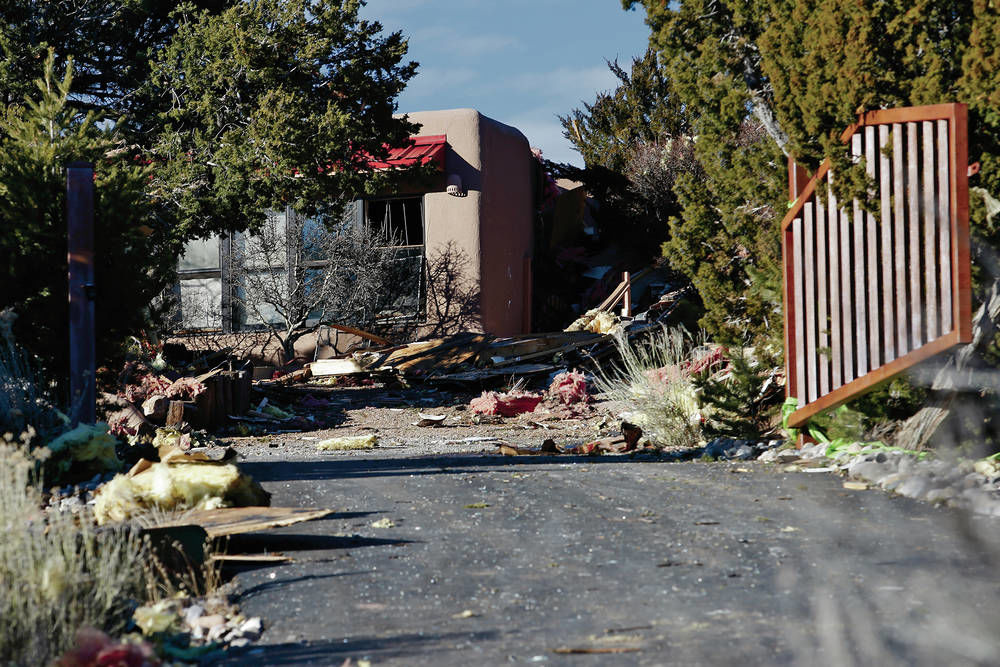 The cause of the blast that destroyed the guesthouse late Monday night is still under investigation. Luke E. Montavon/The New Mexican 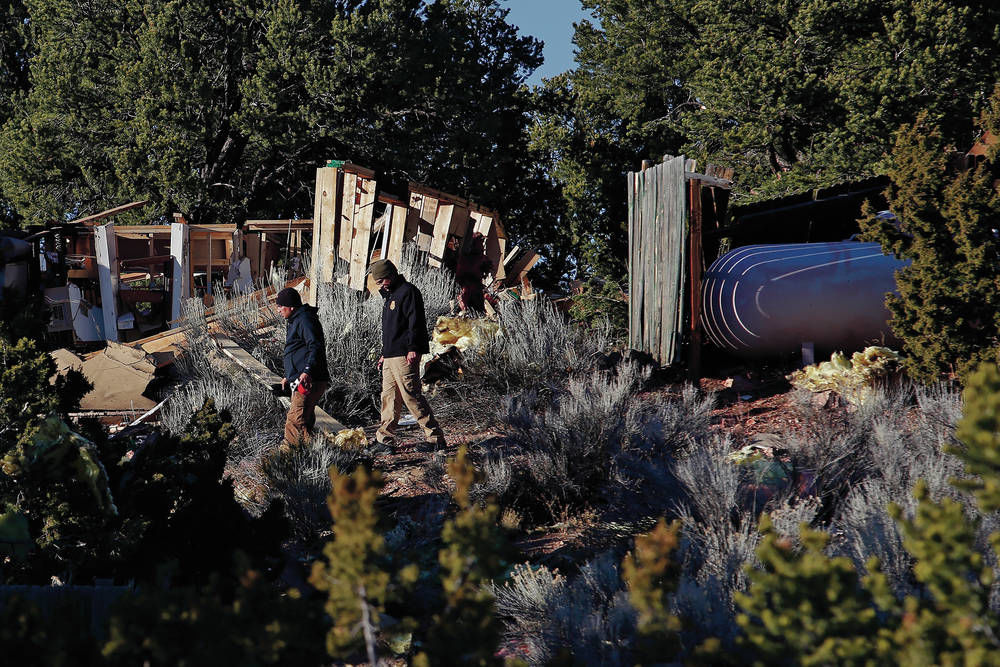 Officials on Tuesday investigate the scene of an explosion near Old Las Vegas Highway and Cibola Circle that destroyed a nearby casita and sent debris throughout the neighborhood. Luke E. Montavon/The New Mexican 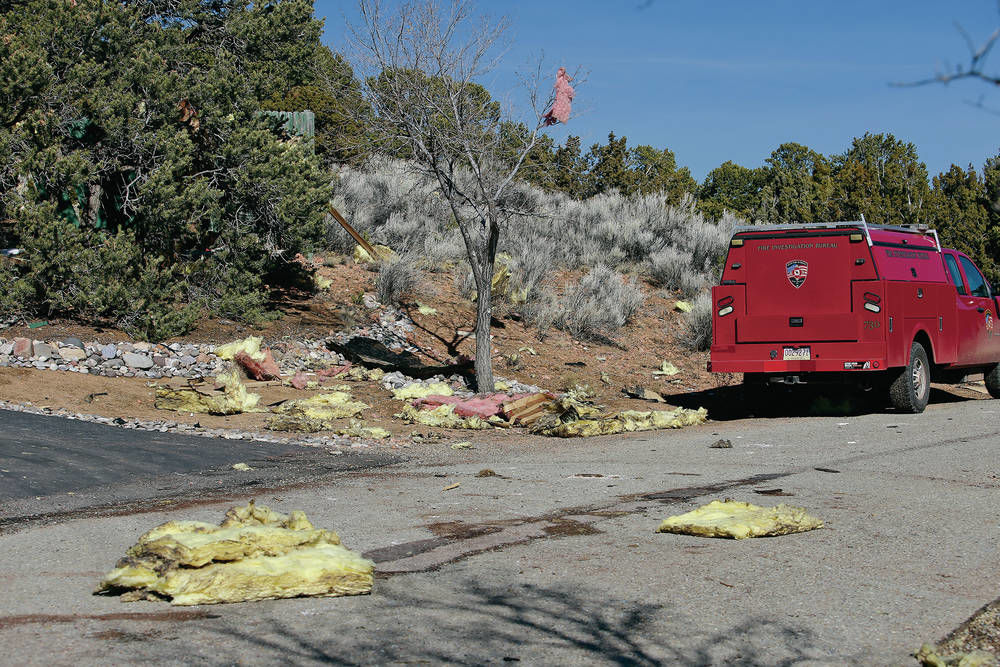 The scene of an explosion near Old Las Vegas Highway and Cibola Circle. No one was hurt in the incident. Luke E. Montavon/The New Mexican

The cause of the blast that destroyed the guesthouse late Monday night is still under investigation. Luke E. Montavon/The New Mexican

Officials on Tuesday investigate the scene of an explosion near Old Las Vegas Highway and Cibola Circle that destroyed a nearby casita and sent debris throughout the neighborhood. Luke E. Montavon/The New Mexican

The scene of an explosion near Old Las Vegas Highway and Cibola Circle. No one was hurt in the incident. Luke E. Montavon/The New Mexican

Bits of foam and Fiberglas insulation lined the driveway leading to a property southeast of Santa Fe near Old Las Vegas Highway where an explosion engulfed a guesthouse in flames, destroying it late Monday night.

The cause of the blast is still under investigation, said Jimmy Vigil, a state fire marshal arson investigator. It could take investigators weeks to determine a definite cause.

Homeowner James Buchanan stood in his Cibola Circle driveway Tuesday afternoon, more than 15 hours after the blast occurred, as investigators walked around him to the burnt-out frame of the guesthouse. The street was crowded with cars of onlookers, as well as those of neighbors who had to turn around in the middle of the street when they were stopped by the caution tape placed around the home by investigators.

“What a bloody mess,” he said to himself.

“There is no criminal suspicion,” Tome said.

Buchanan told deputies he suspected the explosion was caused by a propane tank that was on the property, said Juan Ríos, spokesman for the Santa Fe County Sheriff’s Office.

On top of a hill, remnants of the guesthouse’s wooden frame could be seen from the roadway near an intact propane tank. Two large pieces of wooden siding were thrown into the roadway by the blast, and pieces of insulation could be found tangled in dried chamisa bushes and evergreens hundreds of feet away.

Eric Garduno, who lives three houses away from the explosion site, said he found debris in his yard Tuesday morning.

“The explosion shook the whole house,” he said.

His tenant, who lives in an attached guesthouse, called him and said she thought something fell on the roof of the house or that their heater exploded.

“I got up and kind of put pajamas on and then went to go outside, and I couldn’t open the front door,” Garduno said. “I was sort of half asleep and I was kind of like, ‘What is going on?’ ”

He later discovered that the blast was so strong that is it caused his double solid wooden doors to be pushed ajar and stuck together.

“I went out of the garage and immediately there were already some … firetrucks with lights that I could see up the road, and I just looked north and I could see this huge flame,” Garduno said.

Pictures fell off the wall, drywall screws popped out of the ceiling and a small crack formed in the glass window on his front door, he said. A crack that was a couple of feet long formed where the ceiling met the wall inside the guesthouse.

Garduno said he is concerned about possible residual damage to the home that is not visible, such as damage to pipes or the home’s structure.

He and his family moved into the house a few years ago, and at that time, their propane supplier installed a new tank at their house.

“We decided it would be a good idea to have them inspect it,” he said.

Vigil said this is the second fire to occur on Cibola Circle in the last year. The first was in February at a home about 250 yards from the site of Monday night’s explosion.

That fire was caused by an unlicensed contractor, and he was fined by the Fire Marshal’s Office and the Liquid Propane and Gas Bureau for doing unlicensed work, Vigil said. The man was not charged criminally.

New Mexico State Police and the Liquid Propane and Gas Bureau were also on scene, he said.