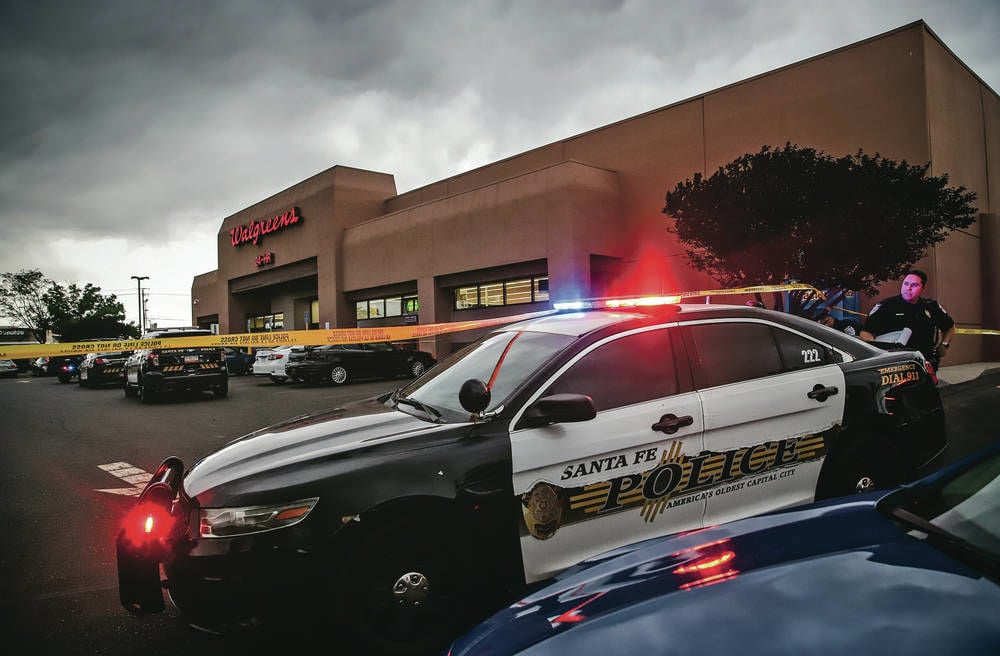 Santa Fe police surround a Walgreens on Cerrillos Road where a man was shot in the upper arm Wednesday afternoon. The victim, who was shot in the store’s parking lot, ran across the street and was found bleeding in the parking lot of the Krispy Kreme. Gabriela Campos/The New Mexican 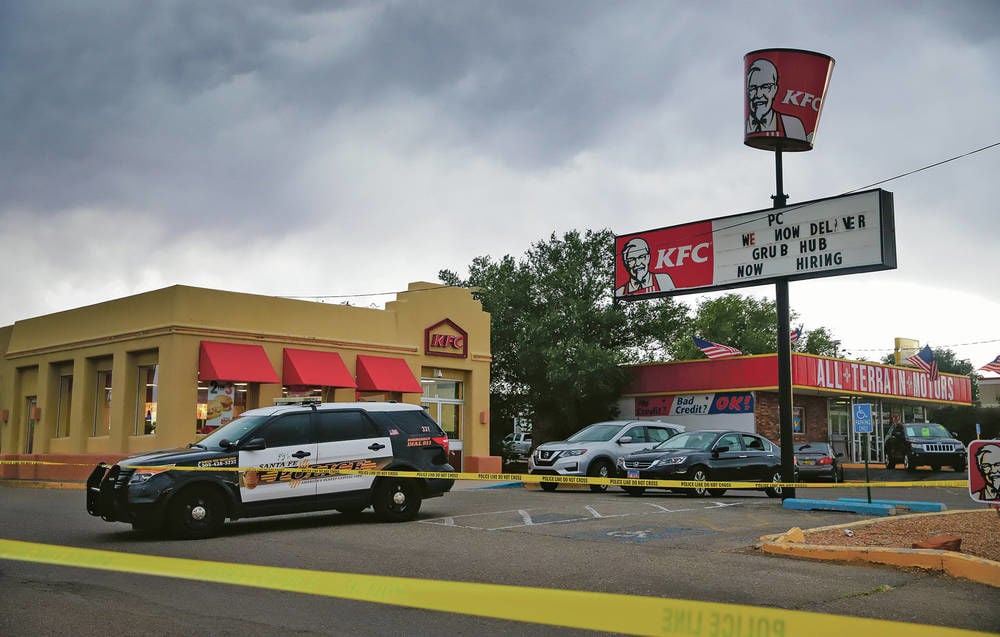 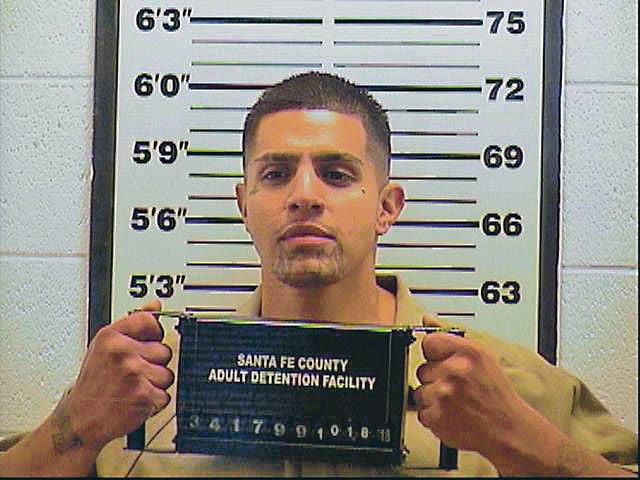 Santa Fe police surround a Walgreens on Cerrillos Road where a man was shot in the upper arm Wednesday afternoon. The victim, who was shot in the store’s parking lot, ran across the street and was found bleeding in the parking lot of the Krispy Kreme. Gabriela Campos/The New Mexican

Santa Fe police issued an arrest warrant Thursday for a 30-year-old man suspected in a Wednesday afternoon shooting outside a Walgreens on Cerrillos Road, apparently after a dispute earlier that day between the suspect and the victim’s father.

Police said Clifford Acuna of Santa Fe is believed to have shot a 33-year-old man in the arm with a handgun during an argument outside the store at Cerrillos Road and Richards Avenue shortly after 4 p.m.

The victim ran across Cerrillos Road and collapsed in the Krispy Kreme parking lot, where Officer Jeremy Rose found him bleeding and applied a tourniquet until an ambulance crew took the man to Christus St. Vincent Regional Medical Center, police reports said.

Police said the victim, who has not been identified, was treated at the hospital and released.

The warrant accuses Acuna of aggravated battery with a deadly weapon and being a felon in possession of a firearm. Police consider Acuna to be armed and dangerous and cautioned the public who may see him to not approach him and contact police.

According to arrest warrant affidavit filed in Magistrate Court, the victim during an interview in the hospital told Detective Samantha Talamante he had been contacted earlier that day by his father, who said he had just been “jumped” by some other men and needed his help. The victim said he met his father, who was on a bicycle, down the road from Walgreens and the father pointed out the men who jumped him standing outside the store.

Walgreens employees, who provided surveillance video of the shooting, told the detective the victim walked into the store as he was yelling at someone outside, borrowed a pen and walked back out. One employee reported seeing Acuna, a regular at the store, looking through the door after the victim walked in. Witnesses then heard one gunshot.

The victim described the shooter as a “big guy,” tall and wearing a white shirt, Talamante wrote.

After the shooting, a guest at the nearby Stage Coach Motor Inn reported seeing a shirtless Acuna walk through the parking lot, the court document said. Detectives had gone to the Ramada by Wyndham just down the road, where they believed Acuna was heading, and found a large white shirt in a dumpster, according to the affidavit.

Employees at the Super 8 motel in the same area said Acuna came in around 5 p.m., shirtless and asked to use their phone, then left, the affidavit said.

A stolen white Nissan Maxima that police said had also been seen leaving the shooting scene was later found parked at a Subway restaurant near Rodeo Road, according to a Santa Fe police news release.

Police interviewed the driver, Michael Martinez, 25, and later arrested him on a warrant for unlawful taking of a motor vehicle, police said.

Martinez told detectives that at a trailer park earlier in the day, Acuna had pistol-whipped him with a black handgun during an argument. Martinez said the shooting victim’s father had tried to stop the fight and was attacked by Acuna.

Martinez said he later saw the father near Walgreens while driving with another man, and stopped and asked the father if he needed help fighting Acuna, to which the father responded that he had contacted his son about confronting Acuna and was waiting for his son to arrive.

Martinez told detectives he then pulled into the parking lot of the Savers thrift store behind Walgreens, where he heard a single gunshot and saw Acuna run from the Walgreens through the Savers parking lot.

Acuna pleaded guilty in 2009 to armed robbery with a deadly weapon, conspiracy and resisting an officer, according to court records.