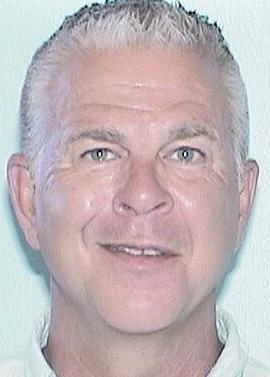 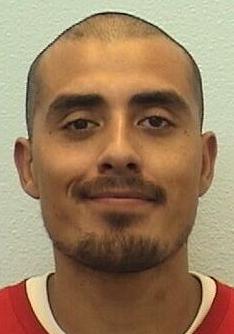 The man accused in a shooting Saturday at the GreenTree Inn on Cerrillos Road faces an open count of murder following the death early Thursday morning of 59-year-old Marty Little.

Little, who suffered a gunshot wound to the head, was pronounced dead around 5 a.m. Thursday, Capt. Aaron Ortiz of the Santa Fe Police Department said in a news release.

Little, a motel guest at the time of the shooting, had been living in the city since at least April, according to police. He leaves behind an adult son, police said, and possibly other family members.

Court documents say Anthony Ortiz, 27, who was arrested on unrelated charges Tuesday in Española, confessed to the shooting in an interview with New Mexico State Police officers. He was taken into custody following a high-speed chase in a stolen Jeep, according to an affidavit, and was found with a handgun and small amounts of narcotics.

Ortiz also is accused of stealing a vehicle from motel guests at the GreenTree Inn after shooting Little. That vehicle was recovered in Albuquerque.

Ortiz was being held in the Rio Arriba County jail Thursday but was expected to be extradited to Santa Fe.

Along with murder, he is charged with kidnapping, armed robbery, two counts of aggravated assault with a deadly weapon, motor vehicle theft and tampering with evidence.

Santa Fe police wrote in an arrest warrant affidavit Ortiz had confessed to shooting Little in the GreenTree Inn parking lot after the two had engaged in a scuffle nearby at Vegas Verdes Drive and Cerrillos Road. Ortiz said Little had followed him to the GreenTree Inn, the affidavit says.

Ortiz said he had smashed the cellphone Little used to record him after he fired shots to scare off two people behind Firehouse Subs. When Little threw a knife at him, Ortiz told police, he “got scared” and fired two shots at the man before fleeing in a Buick he stole at gunpoint from a woman and her adult son.

Little’s death is the third slaying this year at the GreenTree Inn.

In January, officers arrested Alvin Crespin, 45, on suspicion of murder after finding the body of 50-year-old Virgil Tortalita in a bathtub at the motel.

In February, 52-year-old Arthur Loretto’s body was found in a room at the GreenTree Inn. Police have not named a suspect in his death.

Capt. Ortiz said in an interview Thursday the police department placed a mobile video trailer in the motel’s parking lot Tuesday to provide surveillance of the area.

The inn, a former Motel 6, has been the site of numerous violent crimes and drug deals over the years.

“We have a few of those trailers where we’re able to monitor it live in some cases,” Capt. Ortiz said. “In all cases, we’re able to record what is going on. We’ve placed a trailer there to try and deter any criminal behavior. Hopefully that will help in reducing any kind of threat that is there at the property.”

The police department asks people with information about the incident to contact Capt. Ortiz at 505-955-5283 or ajortiz@santafenm.gov.

WM, 59 shot in the head, dies Santa Fe, NM hotel by mestizo. Business as usual in NM. Another liberal shithole under democratic rule and the good old boy system since 1912. State rules by mestizos should expect nothing less. "Oralae he wuz a good boy. Mijito no!"

I'm wondering if police recovered the smashed phone? Even if it is smashed, it may contain video that can be recovered. This could be important additional evidence.

Now crystal meth is coming to santa fe..cops better be streets smart to handle the situation

Coming to Santa Fe? It's here. Watch violent crime rise as fast as inflation NOW! The tourists are flocking back to Santa Fe. Now the heroin and meth addicts have victims to prey on. Who's going after the drug distributors and their dealers?

Very sad and disgusting; it sounds like Mr Little was a good human being. It’s horrendous that he was taken in such a senseless way. My condolences to the family, friends and dog Spencer.

Marty was a dear friend, former employee of my husband and a good man. He was mostly homeless and transient often living out of his car with his amazing therapy dog Spencer. Marty would video things in the streets. He did not deserve to die so violently. He was a hard worker who helped us with projects and we would let him pet sit. He is now free from the battered and painful body he struggled to be confined to as a former exceptional athlete. Fly high my friend. I’m so sorry. And those that knew you - you- will miss you.

Thank you for sharing about this man. Do you know if the dog has found a new home? Spencer must be heartbroken.

We are seeking to take Spencer if at all possible. Thank you.

That is wonderful. Thank you!

My condolences to the family, friends and loved-ones of Mr. Marty Little. May The Lord rest his soul.

Thank you he was a dear friend.

Thank you. This is so sad.