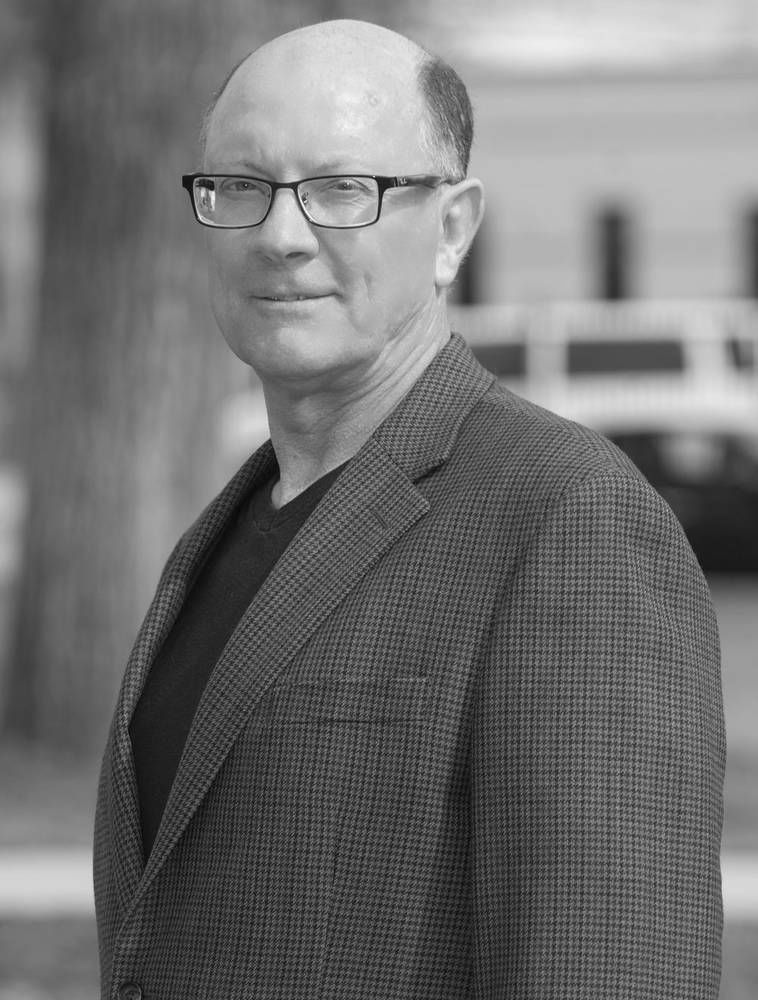 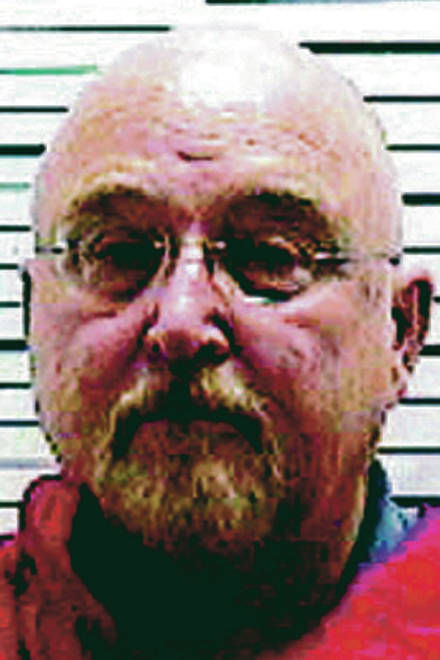 The windswept mesas of New Mexico, one of the nation’s least populous states, is not a place where big-time financial litigation usually originates.

Yet, a case between former investor Charles Kokesh, who once developed polo grounds on the outskirts of Santa Fe’s high desert, and the U.S. Securities and Exchange Commission gets its day in the U.S. Supreme Court on Tuesday. Experts say the outcome will help decide if the federal government’s reach in collecting reimbursements for security and financial crimes should be limited.

The case revolves around whether the SEC, the government’s civil enforcement arm for securities violations, can collect refunds from violators beyond a five-year limitation for penalties set by law. The agency argues its policy on recouping money lost from investors is not a penalty assessment, and an order for Kokesh to pay $35 million, going back to 1995 and affirmed by lower courts, should stand.

Clinton Marrs, the Albuquerque attorney who has handled Kokesh’s litigation largely for free, said the SEC’s attempt at enforcement is too broad, especially in this case, where the business and financial records no longer exist and Kokesh, 69, is broke.

Two federal appeals courts have split on the question of whether the order to return ill-gotten money falls under the penalty statute or constitutes restitution.

“If we win, it will be a substantial restraint of federal civil enforcement power,” Marrs said. “At that point, to have that power restored, would have to be done legislatively. And that’s not likely to happen in this environment.”

Kokesh relocated to Santa Fe in 1997 from California and operated venture-capital firms specializing in biotechnology startups. He has since moved to Colorado, according to Marrs, and is not paying the cost to present his case to the nation’s highest court Tuesday, the first full week for its newest associate justice, Neil Gorsuch of Colorado.

But the arguments against the SEC have drawn the attention of others who consider themselves wronged by the SEC and have filed supporting briefs in the case, including Mark Cuban, owner of the Dallas Mavericks of the NBA.

Libertarian groups also have joined the fray. The Cato Institute, the Washington Legal Foundation and the Chamber of Commerce of the United States argue that the government’s collection power in financial cases needs to be narrowed.

“This is exceedingly rare. A case of this type against the SEC usually comes out of New York. It just doesn’t happen in New Mexico,” said Marrs, a Carlsbad native, who was leaving Sunday for Washington, D.C., for the Supreme Court hearing.

Marrs probably will leave the oral arguments to lead attorneys Adam G. Unikowsky and Zachary C. Schauf, of Jenner & Block, a national law firm that is handling the case for Kokesh at no charge.

Other litigators are watching the case closely.

“The Supreme Court’s decision in the Kokesh case will have far-reaching implications for the investment management community,” said Jack Yoskowitz, a partner at Seward & Kissel LLP, who specializes in financial services litigation in New York City. His firm issued a statement saying that a ruling by the Supreme Court in the SEC’s favor would give the agency “a massive club to wield.”

Kokesh has degrees in law and business. His investment-adviser funds, Technology Funding Partners and Technology Funding Medical Partners, opened opportunities to small investors during a time when there was an appetite for those products. But when the economy started to slow, the funds collapsed.

The SEC, unlike the U.S. Department of Justice that pursues criminal cases, handles civil investigations into financial crimes. The allegations against Kokesh date from 1995 through July 2007. Filed in October 2009, the SEC complaint was the first of its kind in New Mexico.

“Kokesh’s violations were egregious. He illegally took $34.9 million from the funds, passing off the payments as if they were valid rent and salary reimbursements, tax distributions and bonus payments,” according to the petition filed by SEC attorney Timothy S. McCole before his sentencing.

In his order, Vidmar said Kokesh “specifically targeted smaller investors [$5,000 or less] because they would be less likely to sue if they discovered his schemes. Based on these circumstances, the court finds that defendant’s actions were egregious.”

Vidmar’s judgment also discusses a $6.1 million withdrawal in 2000 for “payments falsely described in SEC reports as tax distributions. Defendant personally received more than 90 percent of the money. Defendant knew the money he received was not related to a tax liability, but he did not return the money to the funds. Defendant paid only $10,304 in federal taxes in 2000.”

A year ago, the U.S. Court of Appeals for the 10th Circuit affirmed the trial judge’s decision.

“There is nothing punitive about requiring a wrongdoer to pay for all the funds he caused to be improperly diverted to others as well as himself,” said the opinion by a three-judge panel of the appeals court.

Petitioners in the case argue there has to be some limit on how far back the SEC can go in retrieving money, and not imposing that limit is an undue burden on investment firms.

“Allowing the SEC to pursue what it deems to be equitable relief based on conduct more than five years old would create a cloud of potential liability over every participant in the financial markets, and an ever-present fear that decades-old conduct could give rise to an enforcement action at any moment,” writes the Cato Institute of Washington, D.C.

In a brief on behalf of Cuban, the law firm Brown Rudnick writes, “As a firsthand witness to and victim of SEC overreach, Mr. Cuban has an interest in supporting petitioner’s appeal in this case, and in particular demonstrating that Congress has never given the SEC the power it has attempted to arrogate to itself.”

Known for his basketball franchise, Cuban is also featured in the ABC reality show Shark Tank, which profiles and funds startup business ideas.

Kokesh himself could not be reached for this story.

Some of the money Kokesh made during his time in Santa Fe went toward purchasing the Santa Fe Horse Park, which was used for recreational and collegiate-level polo matches and equestrian events. Both the horse park and Kokesh’s personal property were taken in foreclosure in April 2014.

It was sold by its lenders to two families who are now operating HIPICO Santa Fe, which brings world-class horse jumping and grand prix events to Santa Fe in the summer.

One of Charles Kokesh’s sons, Adam Kokesh, is a former U.S. Marine who ran unsuccessfully for the Republican nomination for New Mexico’s 3rd Congressional District in 2010. He is also a gun-rights advocate who proposed a march of people with guns into Washington, D.C., on July 4, 2013.

He canceled the demonstration but uploaded a video of himself loading a shotgun a block from the White House that day, prompting an investigation that led to a search of his home in northern Virginia. Police say they found hallucinogenic mushrooms.

As for Marrs, Charles Kokesh’s lawyer, he worked for the U.S. Department of Justice, doing tax litigation in Washington, before opening a private law practice in Albuquerque in 1990. He is now part of the Marrs Griebel Law Firm. He met Kokesh almost immediately after the SEC charged him.

“I’ve always enjoyed SEC cases, and it’s ironic that here I am in New Mexico with an SEC case going to the Supreme Court,” he said. “It’s been quite a saga.”

Still, he said, when he argued the case at trial, he was battling five government attorneys, and Kokesh lacked the money to present exhibits.

Even if Kokesh loses, it is unlikely the government will get its money. State courts have already tried to collect from the former financier, who was living at the horse park in a trailer when the bank evicted him during a foreclosure process.

“Mr. Kokesh is insolvent,” Marrs wrote in a court filing for the securities case.