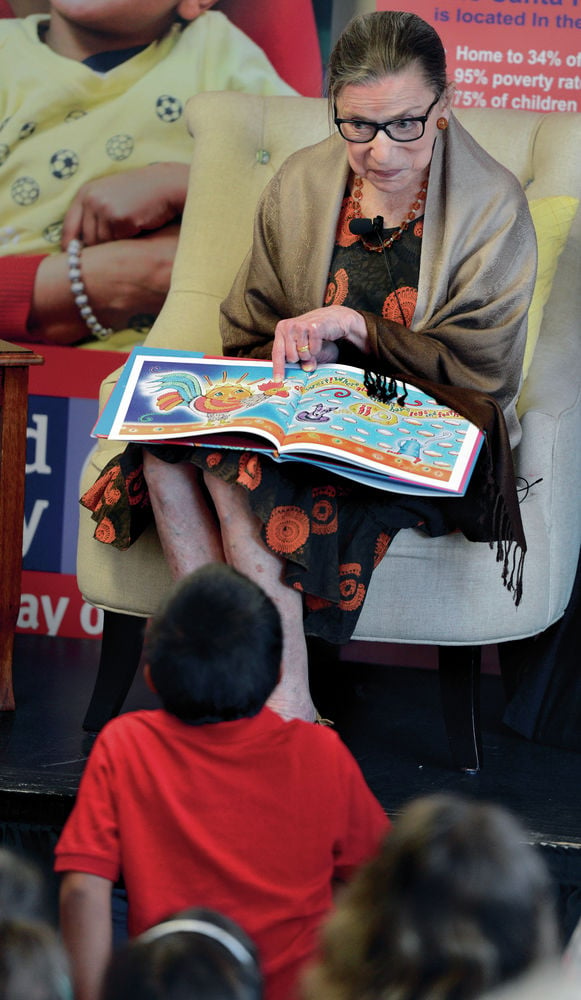 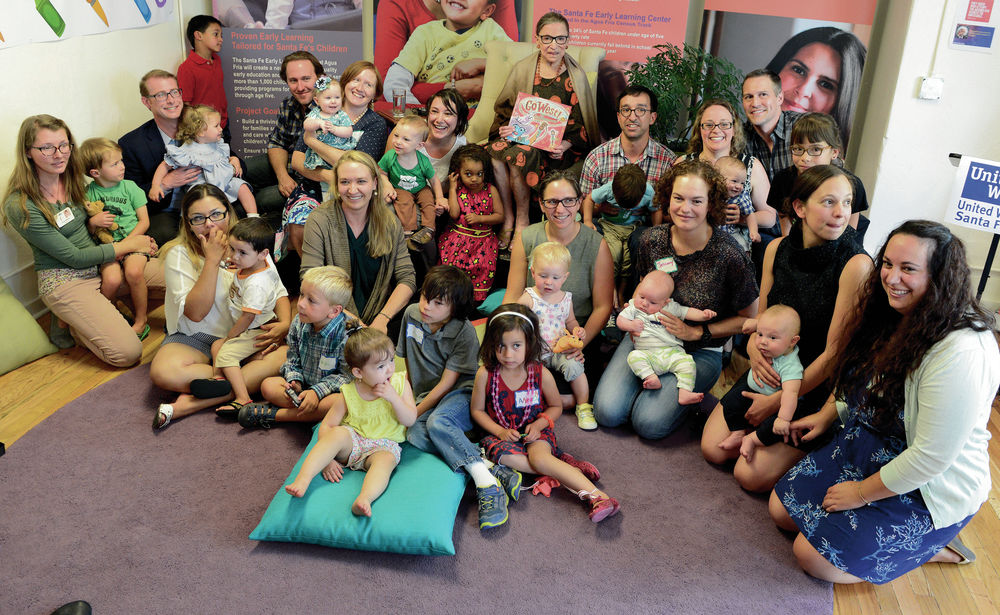 U.S. Supreme Court Associate Justice Ruth Bader Ginsburg held up a picture book Tuesday for a circle of children and quizzed them about one of New Mexico’s more famous products.

“Does anybody know what these are?” she asked.

A pause. Then one child said, “A carrot.”

“They look like they could be carrots,” Ginsburg said. “But they’re chile peppers, and they’re very hot.”

Ginsburg drew more than 50 people to a small room at the United Way of Santa Fe building on Agua Fría Street for her reading of Go West. The book, written and illustrated by Santa Fe author Joel Nakamura, is a celebration of the West’s wide-open spaces and sense of freedom. Ginsburg’s audience included babies in the laps of mothers and children sitting cross-legged at her feet.

That in itself was quite a picture. “It’s not every day that you have a sitting United States justice reading your childhood book,” said Danila Crespin Zidovsky, a policy analyst for United Way of Santa Fe County.

But on Tuesday, none of the parents mentioned the controversy, and Ginsburg left before a scrum of reporters at the back of the room had a chance to ask her questions.

During her interaction with the children, Ginsburg spoke of her warm memories of sitting in her mother’s lap and being read to.

“I did the same thing with my children,” she said. Both of them, a son and a daughter, now with children of their own, make a point to spend time with their kids, even when work is overwhelming, she said.

Ginsburg said her favorite books growing up were about Nancy Drew, an intrepid detective and a rule-breaker in a series of mystery books.

“In all the other books I read, the girls were good and well-behaved,” Ginsburg said.

Parents in the audience said they were moved by Ginsburg’s visit. Caroline Yamashiro, a 40-year-old mother who attended the event with her husband and two children, said it was inspirational, and she appreciated the way Ginsburg read to the children.

“There was something really comfortable about it,” Yamashiro said.

Her 4-year-old daughter, Amaya Thompson, shook her head when asked if she knew who the woman was. But her 6-year-old brother, Marcelo Thompson, leaned to her ear with a cupped hand and whispered, “the court justice.”