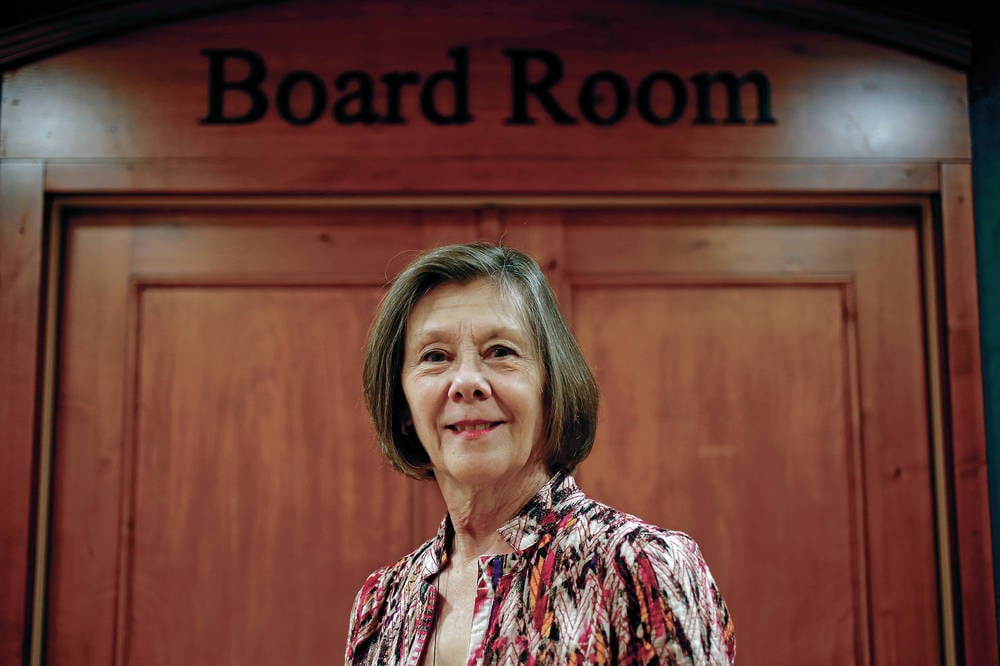 Karen Wells, the new board chairwoman of Christus St. Vincent Regional Medical Center, stands March 3 in front of the board room at the hospital. Wells is the first RN to hold the position. Luis Sánchez Saturno/The New Mexican 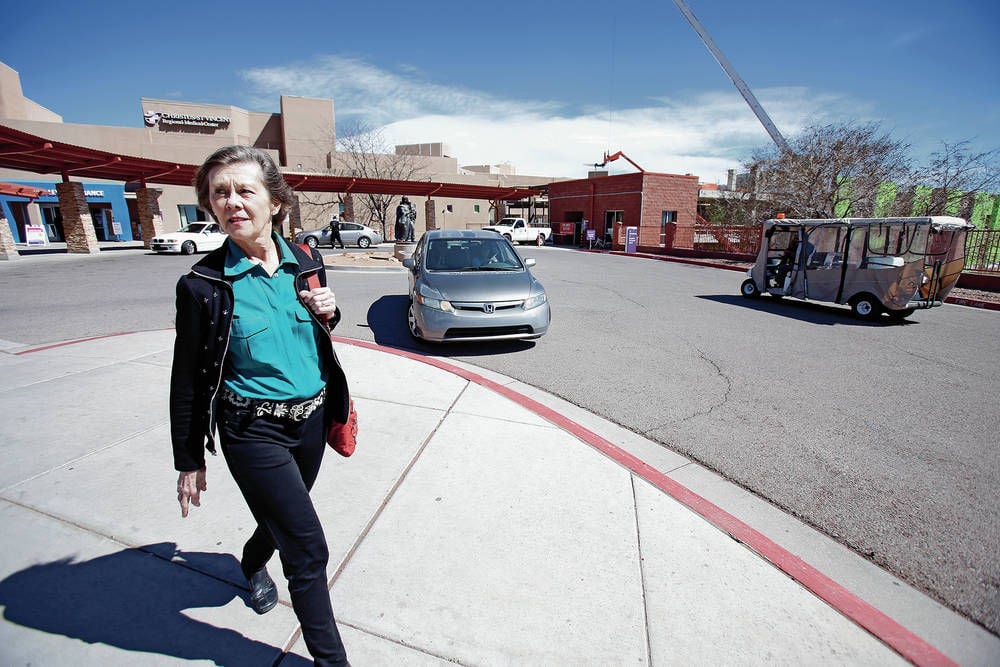 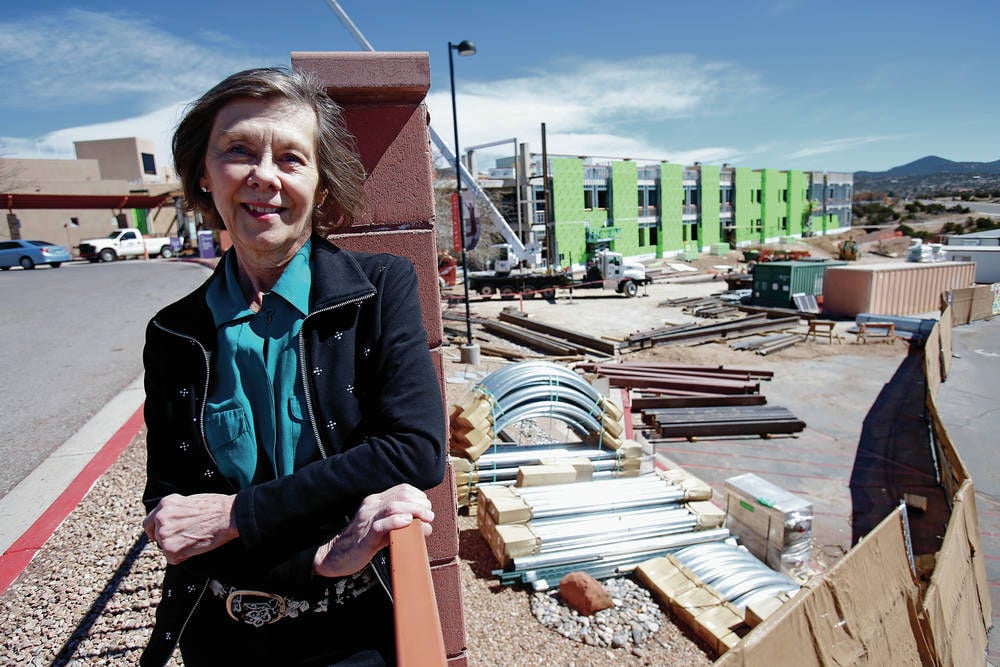 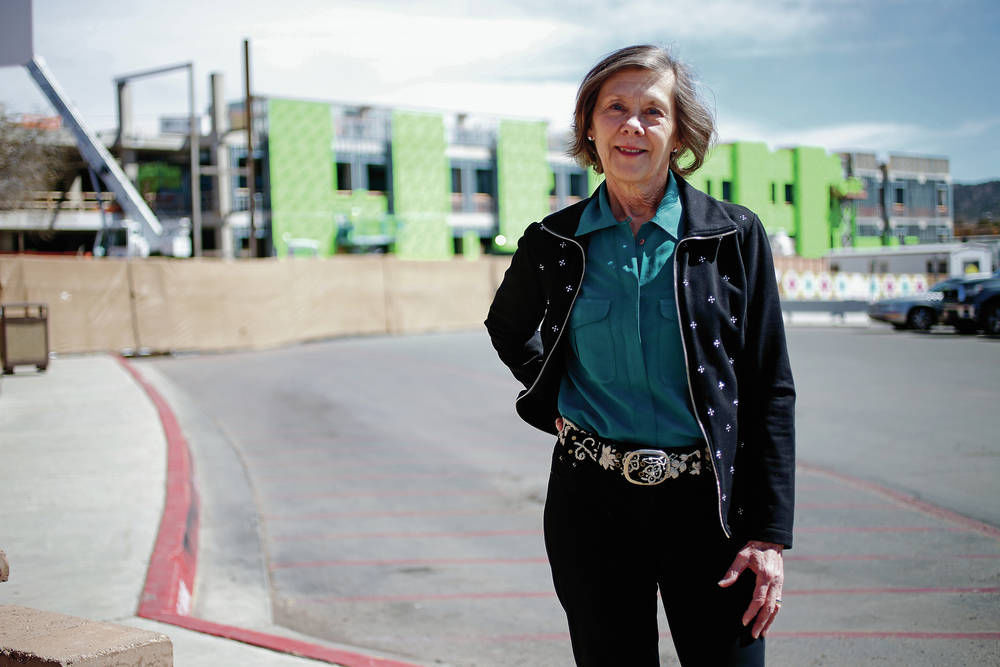 Karen Wells, the new board chairwoman of Christus St. Vincent Regional Medical Center, stands March 3 in front of the board room at the hospital. Wells is the first RN to hold the position. Luis Sánchez Saturno/The New Mexican

Wells’ husband was the chief pilot for the Army National Guard, and he was transporting the wounded by helicopter, in many cases straight to the ICU.

“We were in triage mode throughout,” Wells said. “It was moving and impressive to me that we all just performed without regard for who we were treating. It required a special level of teamwork and nursing skill, and we all rose to the occasion, without even thinking about it.”

Since that time, Wells has worked in the health care industry as a nurse, administrator and policy consultant. While she no longer provides patient care, she maintains her nursing license. She says her registered nurse degree has informed everything she’s done in her career and continues to influence her current job as an analyst for the Legislative Health and Human Services Committee.

In January, Wells became the first RN to chair the board of what is now Christus St. Vincent Regional Medical Center. This is her second go-round on the hospital board. She also was a member from 2004-07.

Although Wells would say that, as chairwoman, she’s “just the person to run the meetings,” Patrick Carrier, the hospital’s chief executive officer, said, “She has an unusual mix of skill sets. As an RN, she has direct knowledge of the requirements of patient care. And she also has knowledge of the hospital’s business needs and can come up with good decisions.”

Wells’ main task will be to carry out the hospital’s strategic vision, including the $44 million project underway to build single rooms and convert all semiprivate rooms into private rooms. The first patients will move into the new wing in December.

But she also will be board chairwoman as the hospital begins negotiations May 1 on a new union contract with nurses and other hospital employees.

Rita Granger, a nurse associated with the hospital, said she was glad to hear that an RN was heading the board. “She’s in a unique position because she knows what we go through here at the hospital. Hopefully, she will bring some perspective to the board and give us a voice.”

Delma DeLora, president of the Christus St. Vincent nurses chapter of the union, said she has known Wells for years, but has not known her to be involved in union activities. As a board member, she said, Wells never came out to talk to the union about labor issues.

She questioned what Wells will bring to negotiations over the union contract, which expires in August.

“Hopefully, she doesn’t forget where she came from,” DeLora said.

Lorie MacIver, president of District 1199 of the National Union of Hospital and Health Care Employees, said that despite her long career, Wells is an “unknown quantity.” She added, “We’re going to wait and see.”

She said the union was happy to see nurses coming into board rooms, but believes those who have been away for a long time “don’t always have an understanding of current conditions.”

Among the issues in upcoming negotiations will be staffing at Christus — a problem nationwide because of nursing shortages — as well as wages, benefits and working conditions.

Wells has a long résumé that demonstrates her passion for the details of health policy and high standards of patient care. For example, she’s read all 1,000 pages or so of the Affordable Care Act.

Wells graduated from the College of Santa Fe with degrees in nursing (1977) and public administration (1983) and got a master’s degree from The University of New Mexico in 1991. She practiced in a variety of clinical settings after earning her nursing degree and in 1981 joined the Santa Fe Visiting Nurse Service, which served 800 patients. Eventually, she became its director. In 1985, she was named director of the New Mexico Association for Home Care and also prepared various agencies for certification and licensure surveys. Later, she assessed state and regional concerns for the National Association for Home Care.

After returning to New Mexico in 1995, she provided staff support for the interim legislative health care reform committee, then became director of clinical affairs for Presbyterian Medical Services, where she was in charge of clinical support for more than 50 rural programs in areas such as primary care and behavioral health. In 2000, she became a health policy consultant for the Legislative Health and Human Services Committee.

Wells left the Legislature in 2006 for a two-year stint as director of policy and planning for the state’s Aging and Long-Term Services Department before returning to the Roundhouse, where she worked for the Legislative Council Service and conducted research and provided staff support for various health committees. She also was active in preparing legislation regarding the health insurance exchanges created under “Obamacare.”

Wells retired in 2011, but is still a consultant and is working during the legislative session as a committee analyst for the House Health and Human Services Committee. She prepares nonpartisan analyses for committee members about the impact of bills submitted.

In that capacity, she is working on the Right to Die Act, a bill that would allow doctors to prescribe terminal doses of medicine to patients, similar to laws in Oregon and California. The bill passed the House Health and Human Services Committee. Although there are many supporting the legislation, Wells pointed out that Christus, as a Catholic hospital, would be opposed. While she asked an ethicist at Christus Health for an opinion on the bill, she said, “I looked at both sides.”

“This year, there is more interest because people are worried about what is happening at the national level,” she said.

Wells rejoined the hospital board in 2013 and chaired its first Community Health and Wellness Committee, then the Board Quality Council, which regularly hears reports on the new clinician directed performance improvement project, in which doctors, nurses and other staff work as a team on identifying and implementing best practices in patient care. Wells said 14 projects were funded last year and another seven will receive funding this year.

Another one of her interests is care coordination to ensure patients have help navigating through what she called a “sometimes uncompromising health care environment.”

Carrier said this initiative has reduced Christus St. Vincent’s readmission rate to below the national average. Patients get prescriptions on discharge and follow-up calls, he said.

Earl Potter, a member of the Christus St. Vincent board for six years and chairman of the board of SVH Support, the organization which owns 50 percent of the hospital, called Wells “a perfect person to have in the position she’s in because she has so much history with the organization, and yet she’s had such a wonderful, wide background in health care in general.”

He said she was instrumental in implementing a program for some 250 patients managing chronic diseases.

With union negotiations ahead, Potter said, it is particularly important for her to be chairwoman of the board because “having worked in the hospital as a nurse, that’s a quality we just haven’t had on the negotiating team.”

Redefining sadness and learning from it