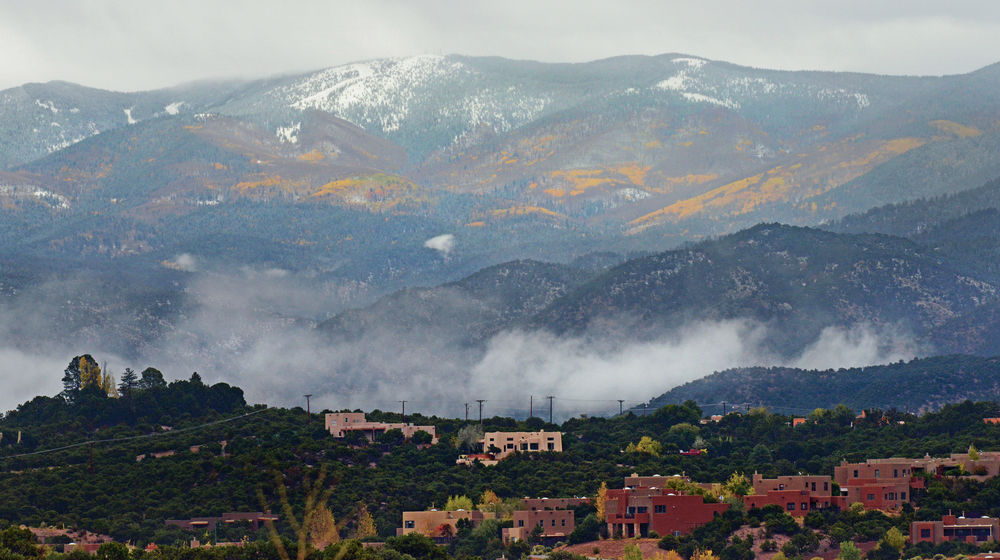 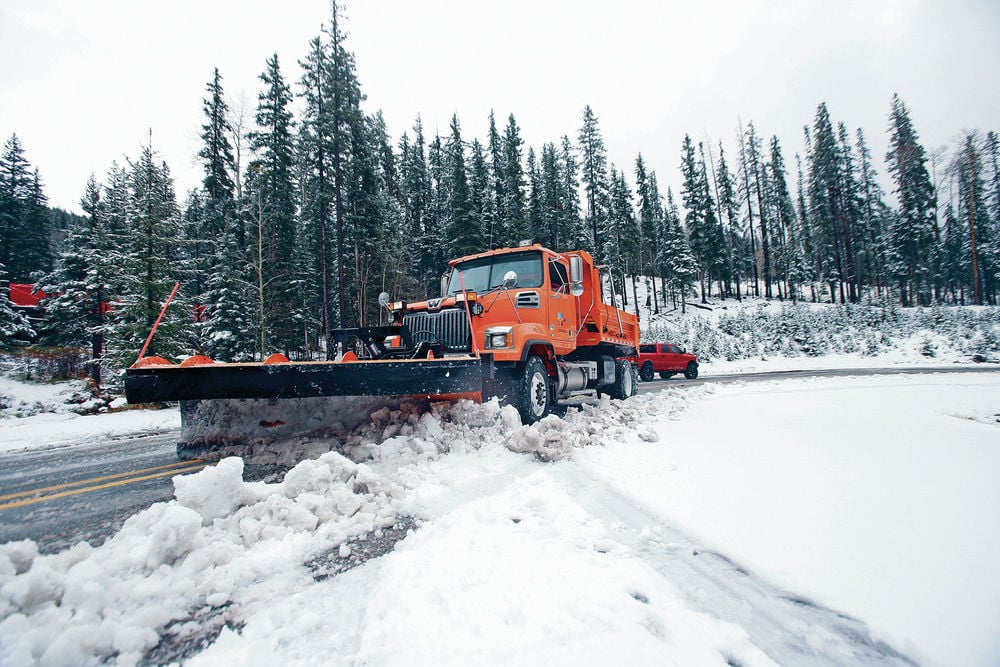 The Department of Transportation's plows clear the road up to the ski area on Wednesday, October 21, 2015. The ski area got two inches of snow. Luis Sanchez Saturno/The New Mexican

Mireya Gonzales, left, and Angelica Nava, both from Santa Fe, take a selfie at the ski basin Wednesday. The two drove up to the ski area after work to take pictures in the snow. Wednesday’s storms also caused some flooding at lower elevations. To watch a video, visit our website, www.santafenewmexican.com. Luis Sánchez Saturno/The New Mexican

The Department of Transportation's plows clear the road up to the ski area on Wednesday, October 21, 2015. The ski area got two inches of snow. Luis Sanchez Saturno/The New Mexican

Plows cleared snow off the road to Ski Santa Fe on Wednesday afternoon while Santa Feans watched torrents of rain drench the city.

It was the second consecutive day that rain, snow and hail fell across most of Central New Mexico, from Las Cruces to the Colorado border.

Mountain elevations above 10,000 feet from Taos to the Sandias received the first significant snowfall of the year, meteorologists said. Kerry Jones, warning coordination meteorologist for the National Weather Service in Albuquerque, said Wednesday that some of the highest peaks could receive at least 8 inches of snow overnight.

The Santa Fe Municipal Airport received 1.19 inches of rain between midnight and 4 p.m. Wednesday. A station in the upper Santa Fe Watershed measured 1.24 inches of rain between 4 p.m. Tuesday and 4 p.m. Wednesday. Snow telemetry sites in the Jemez and Sangre de Cristo Mountains reported an inch of snow or more. Trained weather spotters in Santa Fe and Española reported a quarter-inch or more of hail.

Much of Central New Mexico from the Colorado border down to Las Cruces was hit by severe thunderstorms during the week. Tuesday’s storm knocked out power to more than 1,400 Las Cruces residents for more than an hour.

Flooding temporarily closed some roads in Southern New Mexico on Wednesday, and so much hail fell near Deming that it looked like snow. The National Weather Service issued a severe weather warning for Lincoln and Chaves counties through 6 a.m. Thursday. Officials warned that floods could close roads out of Roswell.

Several rivers including the Jemez and Mora rivers and Rio Chamita were flowing at above-normal levels, according to U.S. Geological Survey stream gauges, with several showing big surges in the middle of the day Wednesday.

A powerful low-pressure system to the west of the state kept thunderstorms parked over the state early in the week, Jones said. The system was expected to shift toward the Four Corners area and push moisture across the eastern half of the state Thursday.

Scattered showers are expected Thursday in Santa Fe, according to the National Weather Service. Meteorologists expect the storms to clear out of the state by Friday.