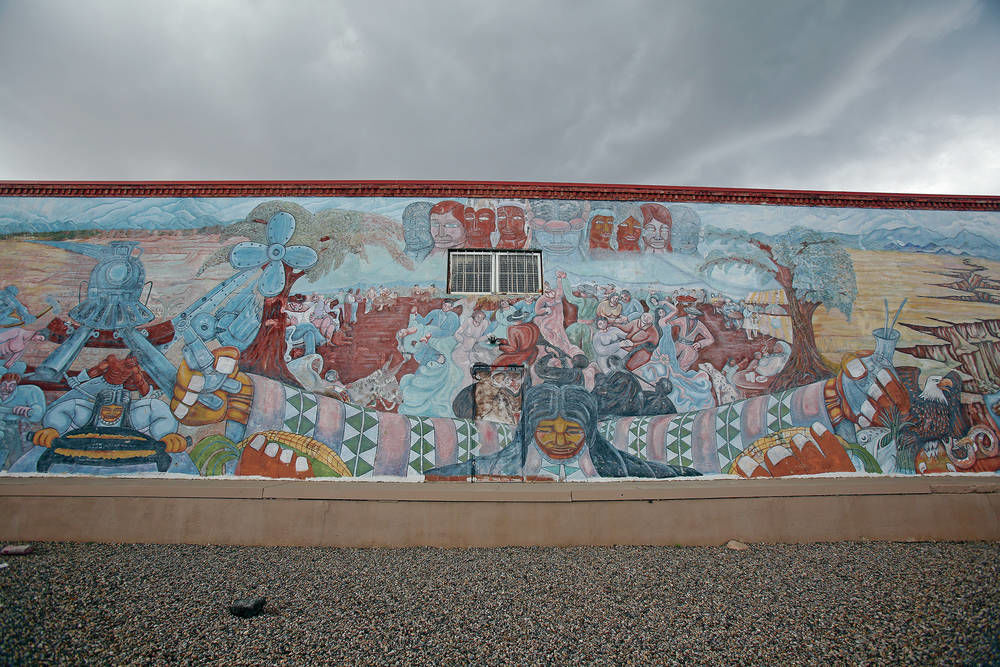 A mural, originally created around 1980, on the east facade of the former Halpin State Archives building on Guadalupe Street. 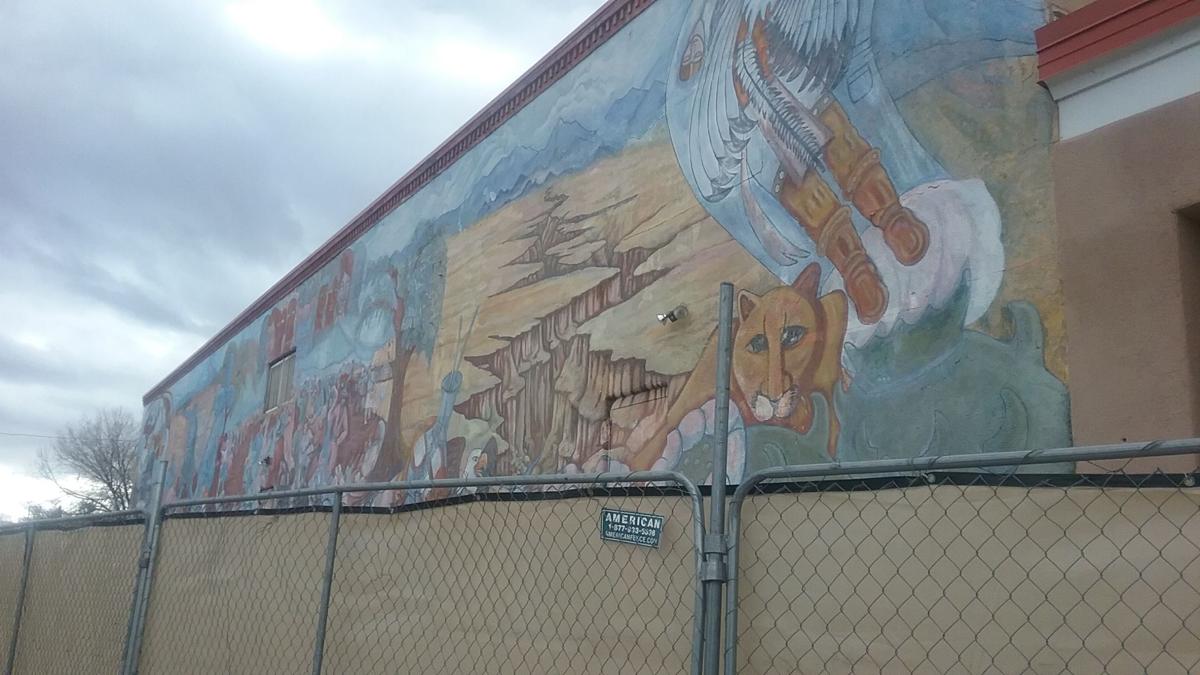 A mural on an exterior wall of the former Halpin State Archives building that is expected to disappear with construction of a museum at the site.

A mural, originally created around 1980, on the east facade of the former Halpin State Archives building on Guadalupe Street.

A mural on an exterior wall of the former Halpin State Archives building that is expected to disappear with construction of a museum at the site.

A huge mural painted by Chicano artist Gilberto Guzman and others on one of the exterior walls of the former Halpin State Archives building is expected to disappear with the looming construction of the Vladem Contemporary art museum.

While they won’t erase the controversy behind the decision to get rid of the artwork, five new murals are poised to be installed temporarily on fencing around the construction site near the Railyard.

New Mexico Arts, a division of the state Department of Cultural Affairs, which is spearheading the museum project, along with the city’s Arts and Culture Department, are teaming up on a temporary public art project featuring five original murals that will be displayed on vinyl banners on the construction site fencing.

“We certainly don’t think that this will answer or solve the issue for those who want to see the mural retained — I want to be very clear on that — but it is part of the conversation,” Cultural Affairs Secretary Debra Garcia y Griego said Wednesday.

The public art project, titled You Are Here/Estás Aquí: A Public Art Activation Project, was “informed” by the community conversation around the decades-old mural and the decision to get rid of it, Garcia y Griego said.

“It’s been clear in a lot of the conversations going on around the community about the loss of this mural, specifically that there’s also kind of a sense local mural artists are hungry for opportunities to show their work, particularly in downtown Santa Fe,” she said. “That is certainly part of the conversation that the mural is bringing up, and we’re really grateful to the leadership of New Mexico Arts and to the city for seeing an opportunity to at least temporarily continue that conversation about living, working mural artists and how they can show their work.”

The murals also will serve a practical purpose.

In addition to blocking dust and debris, “the banner displays will … help alleviate any sense of an eyesore caused by the temporary fencing,” Patrick Rodriguez, a spokesman for the Cultural Affairs Department, said in an email.

New Mexico Arts and the city are seeking original designs from Santa Fe County residents for the project, which borrows the theme of Guzman’s decades-old Multi-Cultural mural.

“The mural designs should create a sense of place and celebrate the multicultural heritage of Santa Fe,” a news release states. “This project is expected to activate a busy construction zone by expressing the values, cultures and communities of the city, and engage residents and visitors to the area.”

Designs may be submitted online at artist.callforentry.org/festivals_unique_info.php?ID=6555. The deadline to submit designs is March 13. Artists whose designs are chosen will be notified by March 27.

The public art project is open to residents 18 and older. If applying as a team, the lead artist must be at least 18, but other team members may be younger. Local organizations may submit on behalf of an artist younger than 18.

“The artist or artist team would receive a payment of $1,000 as an agreement for use of work upon delivery of design,” Rodriquez wrote.

That’s the ticket, throw a bone out to quiet the locals. But the real issue is not having a conversation with just bureaucrats but having a real conversation with the community about the whitewashing of our culture in the downtown we all grew up in.

I researched this case and found that in 2016 the plan of the Museum of New Mexico was to keep the mural, maintain one-story and develop an art exhibition space. I read the reports of the DCA and found that their research recognized a threat to the surrounding buildings. The report recommends buildings to be nominated to the National and State Register. The rail yard itself is an area that should be nominated to the National Register of Historic Places.