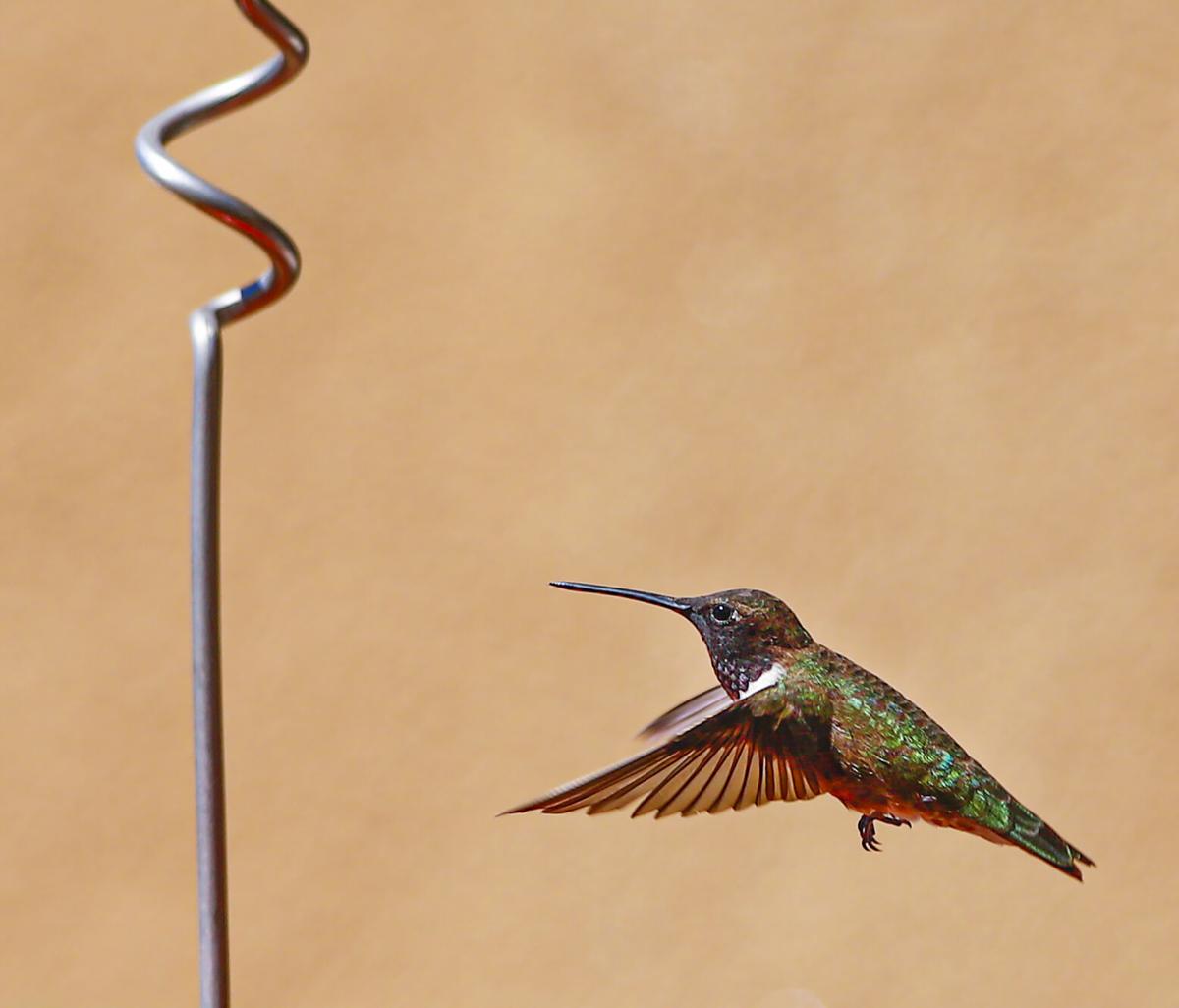 A hummingbird at a feeder at the Randall Davey Audubon Center & Sanctuary on April 30. 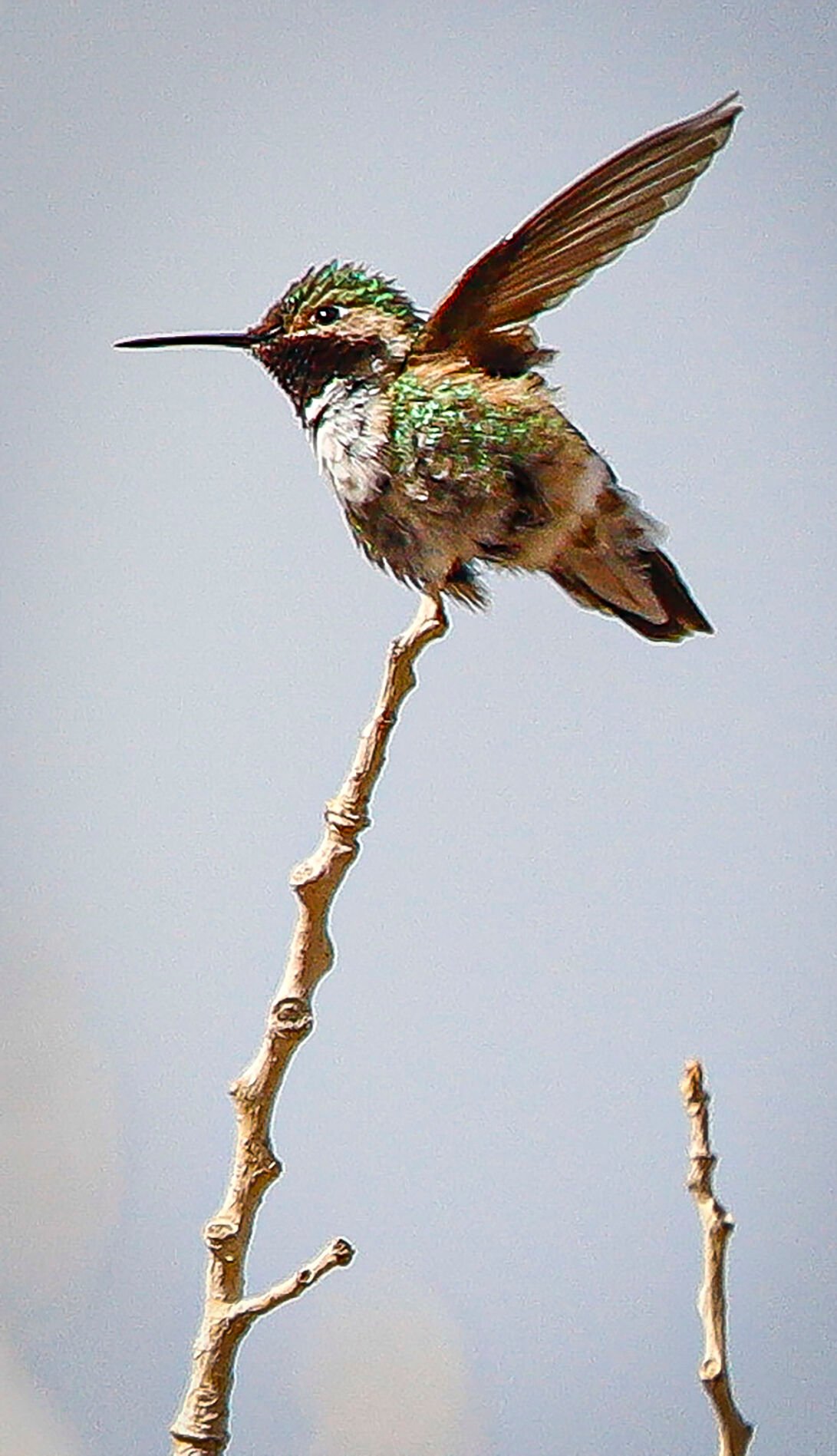 A hummingbird visits a feeder at the Randall Davey Audubon Center & Sanctuary on April 30. 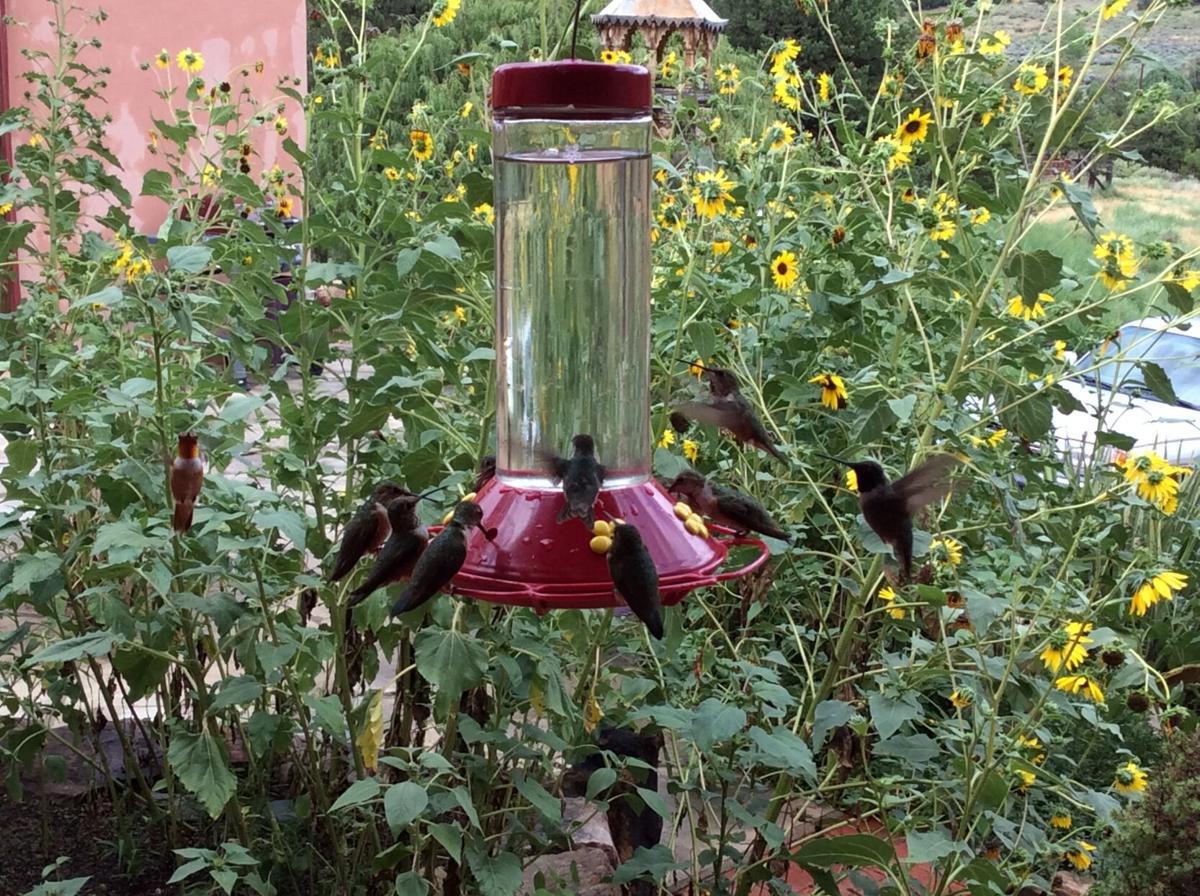 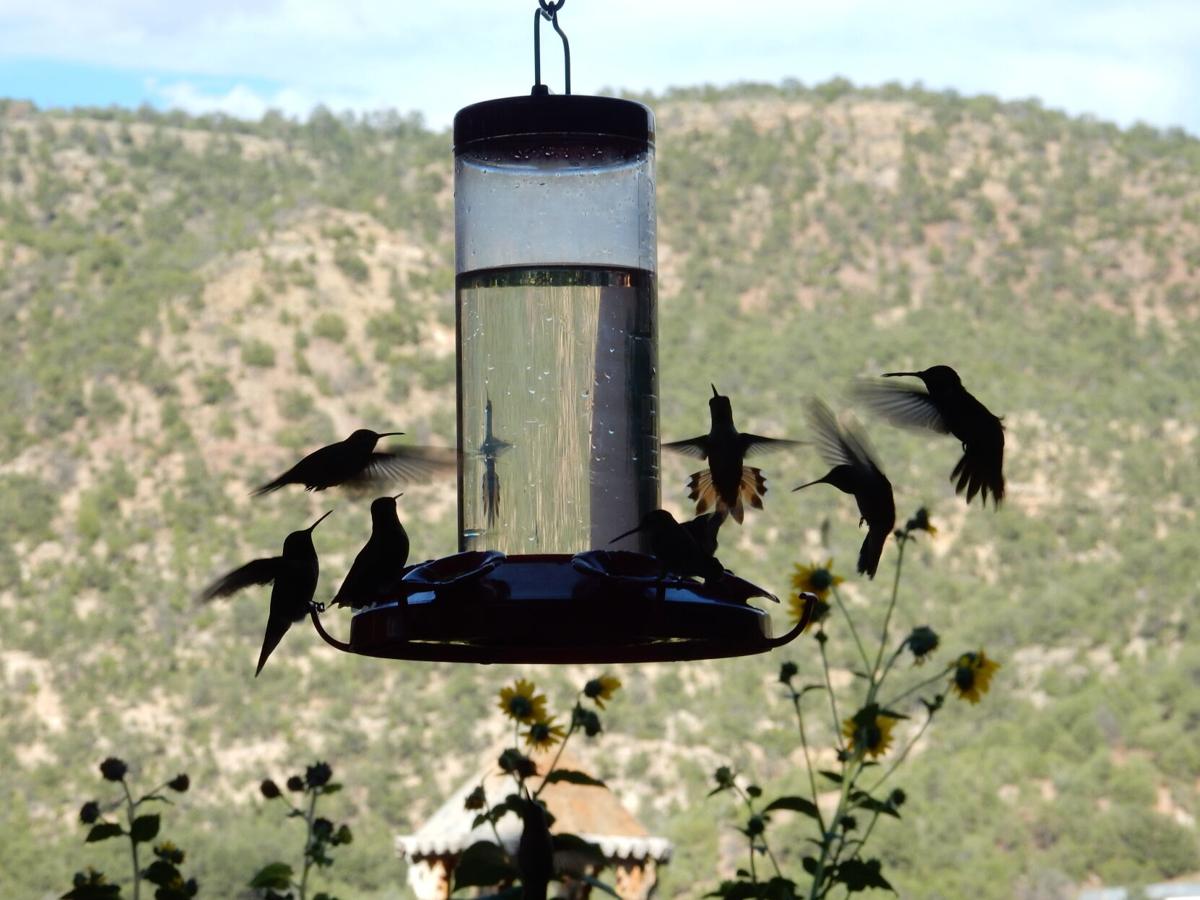 A hummingbird at a feeder at the Randall Davey Audubon Center & Sanctuary on April 30.

A hummingbird visits a feeder at the Randall Davey Audubon Center & Sanctuary on April 30.

The hummingbird feeders outside Bernard Ewell’s house are usually buzzing with thousands of wings.

This year, there is less competition for the sugar water.

“They are always on time every year,” Ewell said. “I would say no more than maybe two dozen are here now, though. This year is different. We’re really in trouble.”

Scientists say it’s hard to judge by word of mouth whether there is a significant drop in hummingbird numbers in the area this year, but they note bird populations in general have been declining for decades across New Mexico and around world.

“Are there less this year? We kind of do get this question every year. And the truth is, yes. The reality is there are less birds on the planet,” said Amy Erickson, an avian biologist with Audubon Southwest. “Especially in terms of people not just comparing with last year but also thinking about when they were kids. If you were thinking about your yard in 1990, now it probably is a lot different.”

According to research published in 2019 by Cornell University and the American Bird Conservancy, the total breeding bird population in the U.S. and Canada has dropped 29 percent since 1970.

Ewell, who lives in Canoñcito within the Pecos National Historical Park and works as a volunteer caretaker of the grounds, said hummingbirds from Mexico and Central America typically start showing up at his place the first week of April.

The males fly high in the air and dive toward the ground to impress the females.

By July, when the chicks hatch and hummingbirds migrating south from the Arctic and other northern breeding grounds begin to make a pit stop, he said, he typically sees 10 birds at a time at each of his 12 feeders, which experts have told him means he supports over 1,000 birds.

Ken Bunkowski, owner of the Wild Birds Unlimited store, said customers from around Santa Fe have reported fewer hummingbirds than usual this time of year.

“We’re hearing from quite a few customers that the number of hummingbirds they are seeing is down 50 percent or even more for a typical April and May,” Bunkowski said. “I think it’s real and likely they have been significantly impacted by the drought if plants and flowers are limited along the way. There is no short-term solution to climate change. Seeing things like this will be more and more common.”

Leslie Hay, a biologist and wildlife program leader for the U.S. Forest Service, said the short and long-term impacts of extensive drought on migratory bird populations are evolving.

“One of our concerns currently is the extensive drought that is occurring over much of the American West. The drought, cold weather at unusual times, or very hot weather in some mountainous areas will affect food, water, air movements and more,” Hay said. “All of these factors can also interact to create cumulative impacts that can affect bird behavior, bird reproduction and ecology that all together can impact bird migration patterns and dynamics.”

Following a massive bird die-off in September in the state, researchers at the University of New Mexico attributed the alarming piles of dead migratory birds primarily to unseasonably cold weather that had killed off edible insects and induced hypothermia.

Both Hay and Erickson said local birdwatchers should still see an increase in hummingbird numbers by July. Erickson added native plants provide much more nectar for the birds than decorative flowers do.

“As the season progresses, the local populations are augmented by migrants coming down from more northerly areas, and also by the arrival of rufous and some calliope hummingbirds,” Erickson said. “So by the time July, August rolls around, you will start seeing more hummingbirds.”

“Four parts water and one part sugar,” Bunkowski said. “It’s easy to mix up and put out for the birds. They greatly appreciate a readily available supply of energy.”

Our bird numbers are down too - hummers, robins, wrens, finches. I wish more people understood these are loud warning signs of ecosystem trouble. For anyone paying attention, the implications are pretty scary.

We are in the foothills and we have lots of hummingbirds at our feeder. We hike in the mountains daily and we are seeing far fewer songbirds in the woods. People need to understand that humans are stressing nature in the extreme. We need to give back to the natural world and stop taking taking taking. Support environmental organizations.

Hummingbirds as well as all those other small birds mainly eat flying insects. The insect population is nothing close to what it was 20, 30, or more years ago.

Do your best to feed the insects- all and any of them. Roundup, unfortunately is still legal, and kills lots of plants which provide flowers & food for insects. Roundup also kills insects, bees, flowering weeds, & is cancerous in mammals.

This is troubling... In fact, I was just commenting to my granddaughter this past weekend, that so far I haven't seen a single hummingbird this year.

And while I still haven't seen a hummingbird yet, I sure have noticed that the crow population seems to have have increased in my neck of the woods.

This year is fairly typical for me: So far I have 2 pairs of hummingbirds at my feeder. (I think one is Black-Chinned and the other is Broad-Tailed, but it's hard to see the colors unless you have just the right light.) I'm curious whether the Rufous will show up with the monsoons as usual. I'm in far SW Santa Fe, near the river, and it's dry as a bone so far. I think that's a factor: Over the years I've lived here, I've seen progressively fewer wetland birds and more dryland species (curved-billed thrashers, white-winged doves).

This is 100% true based on my experience. We love seeing the hummingbirds but have only seen a single hummingbird so far this year.