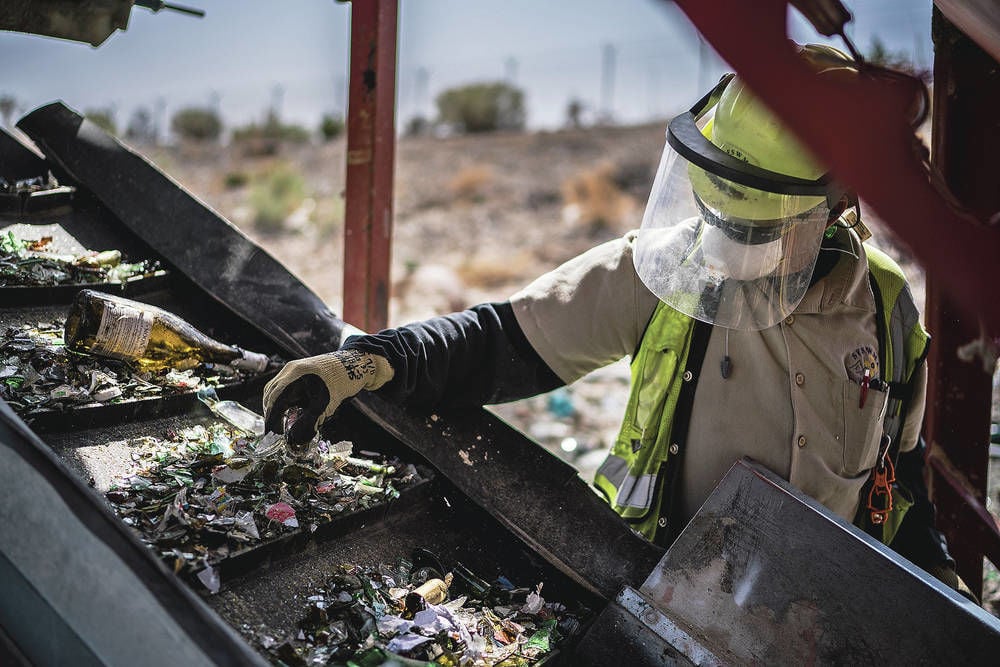 Cosme Tarango sifts through glass to be crushed at the Buckman Road Recycling and Transfer Station. New Mexican file photo 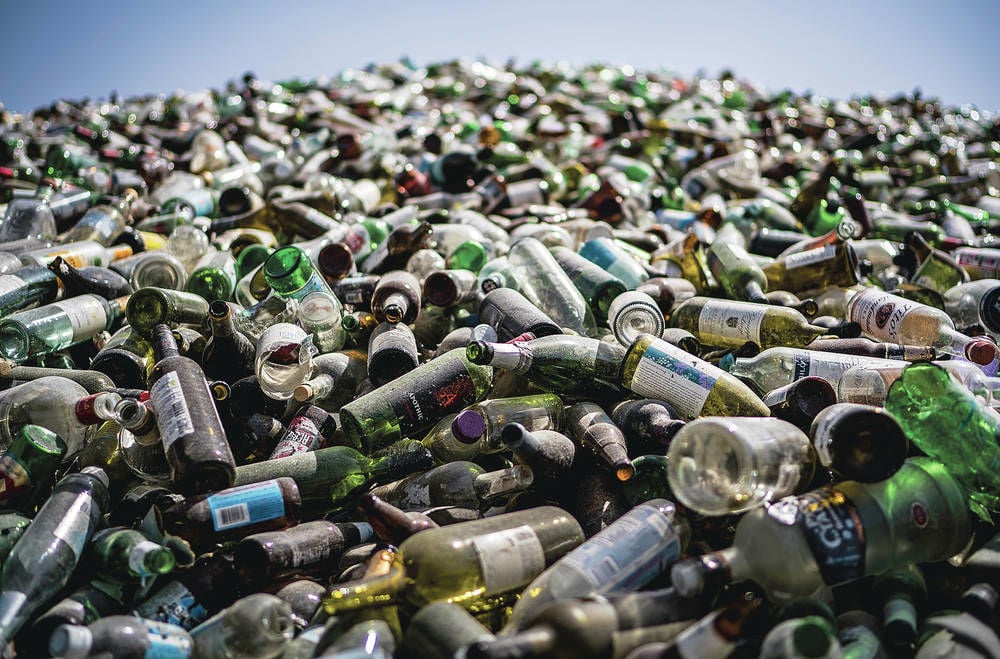 Cosme Tarango sifts through glass to be crushed at the Buckman Road Recycling and Transfer Station. New Mexican file photo

As the amount of glass bottles and jars being recycled in the Santa Fe area declines, the city-county board that oversees recycling efforts is considering changing the out-of-state companies where tons of glass are shipped rather than buried in a local landfill.

The Santa Fe Solid Waste Management Agency Joint Powers Board is considering a contract amendment that could cost in excess of $200,000 a year for an Española trucking company to haul most of the glass collected here to the Momentum Recycling plant in Broomfield, Colo., between Denver and Boulder.

The board is scheduled to hear the proposal Thursday.

According to a March 14 memo by the agency’s executive director, Randall Kippenbrock, the Pro-Motion trucking company in the past year has hauled 36 semitruck loads to Miller-Coors Rocky Mountain Bottle Co. near Denver and 22 loads to Momentum, which opened its Colorado facility in 2016, according to its website.

That’s a total of 1,323 tons of glass from Santa Fe area consumers last year. Each load weighs about 23 tons.

The contract amendment would pay Pro-Motion $1,275 per load shipped to Momentum, which is slightly more than 400 miles from Santa Fe, and $1,650 per load for any loads that go to a new alternative site, Strategic Materials in Phoenix, which is just over 500 miles away.

But if the current trend continues, there could be fewer shipments to either plant.

In an interview Wednesday, Kippenbrock said that city and county residents last year deposited 1,973 tons of glass at recycling collection sites in the area.

Shirlene Sitton, Santa Fe’s director of environmental services, said in an interview last year that while glass recycling is declining locally, the recycling of other materials like plastic and paper is increasing.

The decrease in glass recycling since 2016 means there are about 50 more tons of glass going to the Caja del Rio Landfill west of Santa Fe. Though glass itself isn’t harmful to the environment, a bottle or glass jar in a landfill is a jar or bottle that is not being used again, and creating new ones can be harsher on the environment than recycling old ones.

Before shipment, glass collected from drop-off sites in the area is piled up at the Buckman Road Recycling and Transfer Station.

Kippenbrock said Wednesday the proposal to change recycling companies came about because the Miller-Coors facility was strict about the quality of glass it accepts. “They want clear glass,” he said, and they refused to accept a couple of crushed-glass shipments from Santa Fe that had been contaminated with asphalt material that also was stored at the Buckman Road Recycling and Transfer Station.

Also, he said, Miller-Coors — which had been cited and fined by the federal Environmental Protection Agency for polluting the air — had to temporarily close one of its units last year to retrofit its equipment.

The Momentum company, however, is less strict in accepting glass, accepting loads that have up to 25 percent nonglass material, such as plastic and paper that make it into the glass deposit bins.