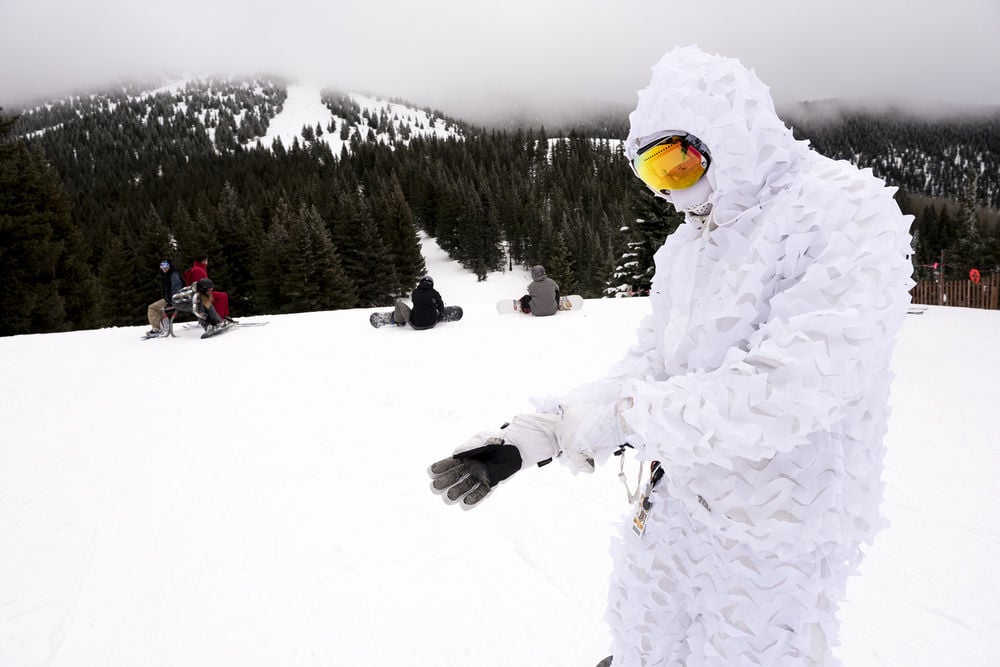 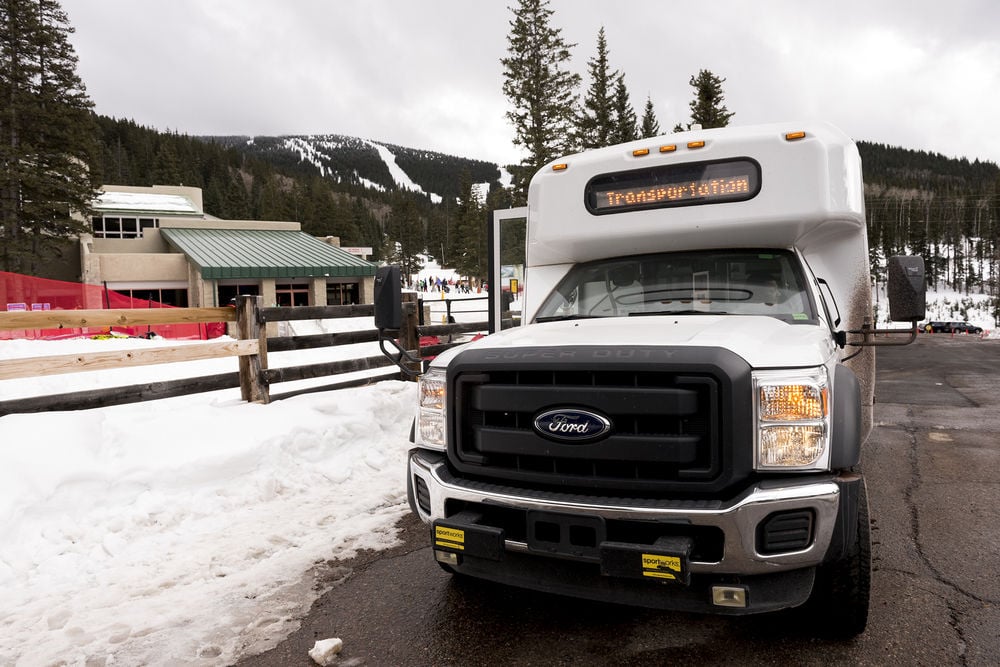 The North Central Regional Transit District has been providing a shuttle service from Santa Fe to the ski basin since September, but officials expect more business as the ski season gets underway. Luke E. Montavon/For The New Mexican 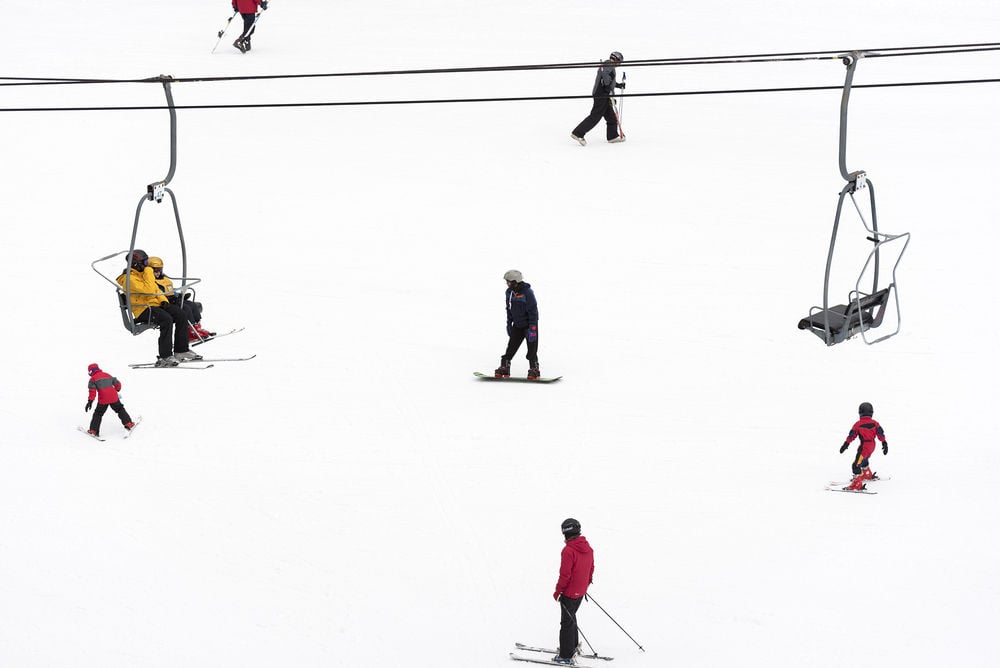 Skiers and snowboarders test the slopes at Ski Santa Fe on Thursday, the first day of the season. Luke E. Montavon/For The New Mexican 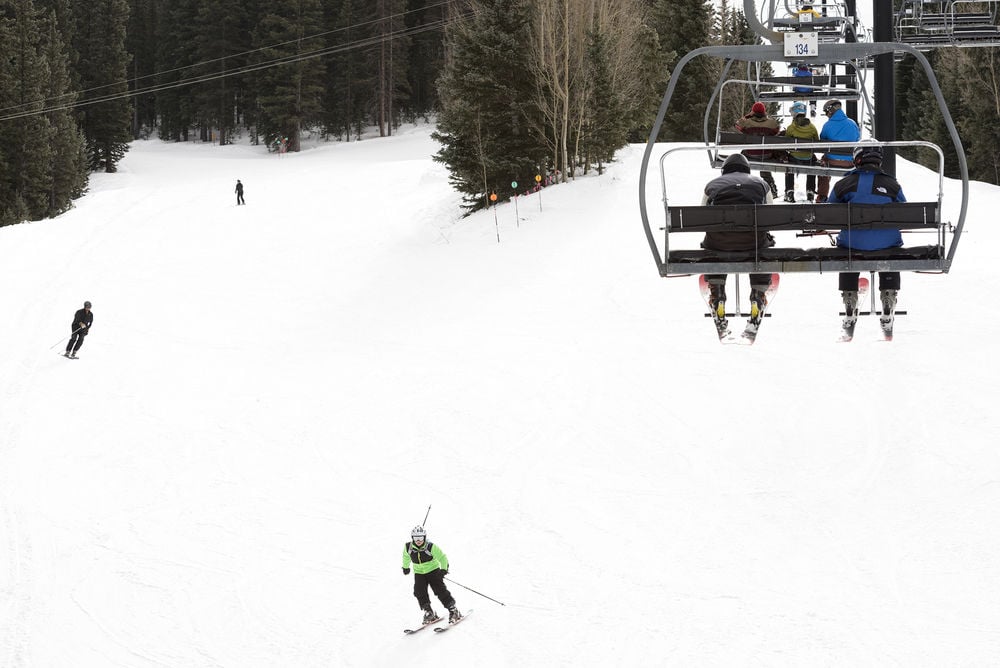 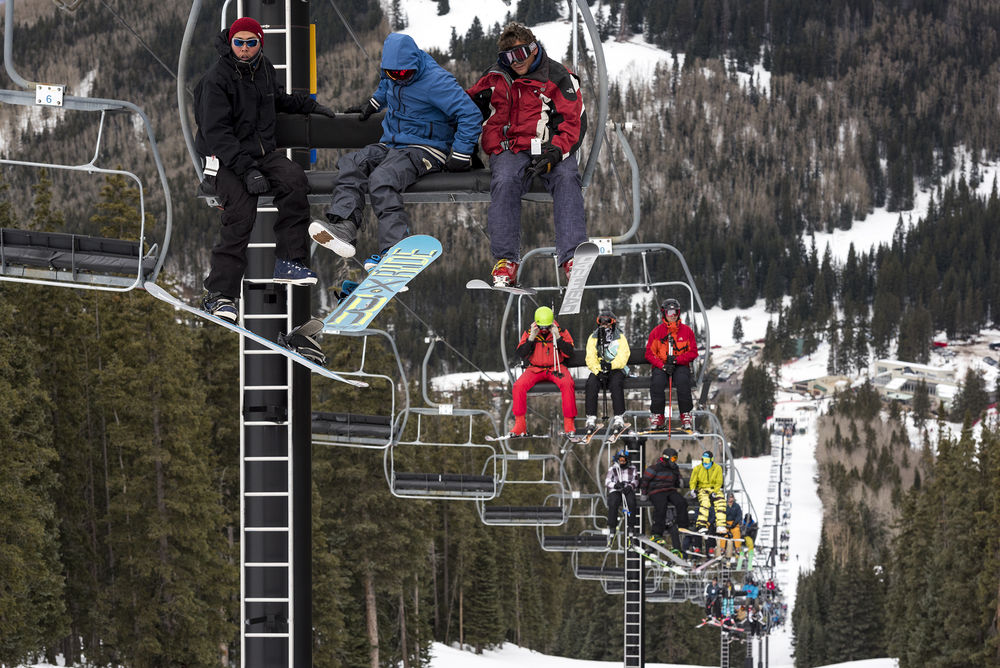 Skiers and snowboarders ride a lift at Ski Santa Fe on Thursday, the opening day of the ski season. Luke E. Montavon/For The New Mexican

The North Central Regional Transit District has been providing a shuttle service from Santa Fe to the ski basin since September, but officials expect more business as the ski season gets underway. Luke E. Montavon/For The New Mexican

Skiers and snowboarders test the slopes at Ski Santa Fe on Thursday, the first day of the season. Luke E. Montavon/For The New Mexican

Skiers and snowboarders ride a lift at Ski Santa Fe on Thursday, the opening day of the ski season. Luke E. Montavon/For The New Mexican

Arlette Morales said she felt like she was flying as she tested the slopes at Ski Santa Fe for the first time.

“It gives me a feeling of freedom,” the El Paso native, who has skied only three times in her life, said on Thanksgiving morning.

Sivan Rosen, 9, was on the slopes, too. “Because I like snow, and sliding, and I like to go fast,” she explained as she prepared for her first run around 10 a.m. Thursday. Asked which of the roughly 75 ski slopes she was planning to hit, she said, “All of ’em.”

Brandon Jimenez, 17, of Santa Fe figured he was hitting speeds of 25 to 30 miles per hour on his snowboard. “I’ve had a few concussions because I don’t wear a helmet,” he said. The joy of snowboarding is in “the smoothness,” he said.

Morales, Rosen and Jimenez were just three of some 2,000 people who showed up to ski, snowboard or otherwise enjoy the snowy peaks on the opening day of Ski Santa Fe’s 2015-16 winter season.

Ski Santa Fe hasn’t always been so lucky to open on Thanksgiving Day, but Mother Nature has been good to it so far this season. It has reported 58 inches of snow already this year.

And if the number of cars parked in the parking lot and along the road leading to the basin were any indication, almost everyone drove up on Thanksgiving.

Except for Cody Smith, that is. The Santa Fean was the sole passenger on the 8 a.m. North Central Regional Transit District’s new Mountain Trail “Blue Bus,” with service from downtown Santa Fe to the ski basin.

Smith said it made sense to take the bus, which costs $5 each way.

“It’s awesome that I don’t have to drive,” he said. He figures it would have taken him 30 to 35 minutes to drive up the mountain and would have taken a gallon and a half of gas for the roughly 30-mile round trip. “The bus is a better deal.”

Aside from two New Mexican staffers, there were no passengers on the 9 a.m. bus up the mountain, or on the 10 a.m. bus. The drivers on both those trips said they think people still don’t know about the service.

Jim Nagle, a public information officer for the North Central Regional Transit District, said the agency began the bus route to Ski Santa Fe in late September to take advantage of the autumnal colors in the national forest.

“We didn’t want it to end up being basically a ski shuttle. We want it to be year-round and give people access to the national forest and the trail system there for biking, hiking and skiing,” Nagle said.

So far, however, ridership numbers have been “a little disappointing.”

One challenge, Nagle said, is that the bus service has yet to gain the U.S. Forest Service’s approval to bus bicyclists up, as the federal agency has voiced concerns about overuse of Windsor Trail if bikes are permitted.

Ski equipment, however, is encouraged. The Mountain Trail buses sport outside racks for skis and snowboards.

Despite the name of the Blue Bus service, not all of the buses on the route are in fact blue. Depending on its size, each bus can carry between 22 and 29 passengers.

The buses start picking up passengers at the South Capitol Rail Runner station off Cordova Road and move through the downtown area, stopping at a half-dozen or so untimed stops (meaning if no one is standing there waiting, the bus keeps moving) before stopping at the upper parking lot of Fort Marcy park.

On weekdays, there are two to three buses — depending on the season — that leave Santa Fe as early as 8 a.m.

On weekends and holidays, there are at least a six trips scheduled as early as 8 a.m.

The last bus down from Ski Santa Fe leaves at either 4:30 or 5 p.m., depending on the day of the week.

Passengers must pay cash (Be warned: On Thanksgiving Day, neither bus driver had change for a $10 bill) and each receives a token worth $5 that can be used on any item except alcohol at Ski Santa Fe.

Nagle said this is a trial period for the bus service, and he hopes ridership picks up to warrant its continuation. The service will run until the first weekend of April, when Ski Santa Fe normally closes, then resume in July and August for summer activities.

Many people at Ski Santa Fe on Thursday said they knew nothing about the bus service. Jimenez said he would take it in the future.

More about the bus

Humbled to be featured in my ghillie. I think i bought 20 copies today at Starbucks.

That is a cool looking ghillie suit.

Had no idea there was a bus service! Hope this article helps get the word out. A service like this can be a huge boon to the ski community. Why has no one heard of this service ???? Time for some folks at the Transit District to look for new marketing talent ?

Only after the city spends untold taxpayer monies do they find out that skiers don't actually want a shuttle.

Anyone who calls themselves a local already knew that.

We've been down this road how many times? (Pun absolutely intended)

I hope the shuttle works out, but I doubt that the adrenaline charged skiers that race up Hyde Park Road and Gonzalez Road, who ignore the double yellow line and pass at will, will be patrons of the bus service. The race and ignorance has already begun.

I was surprised, and disappointed, to see that there was no mention of the new bus service in the Winterlife publication. A missed opportunity to get the word out about an excellent idea.