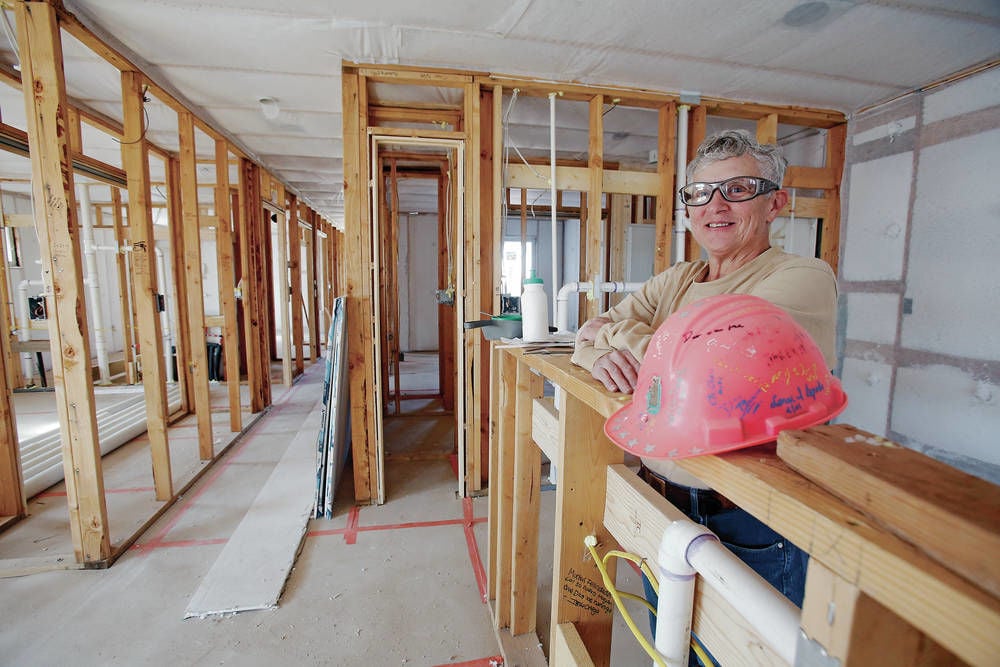 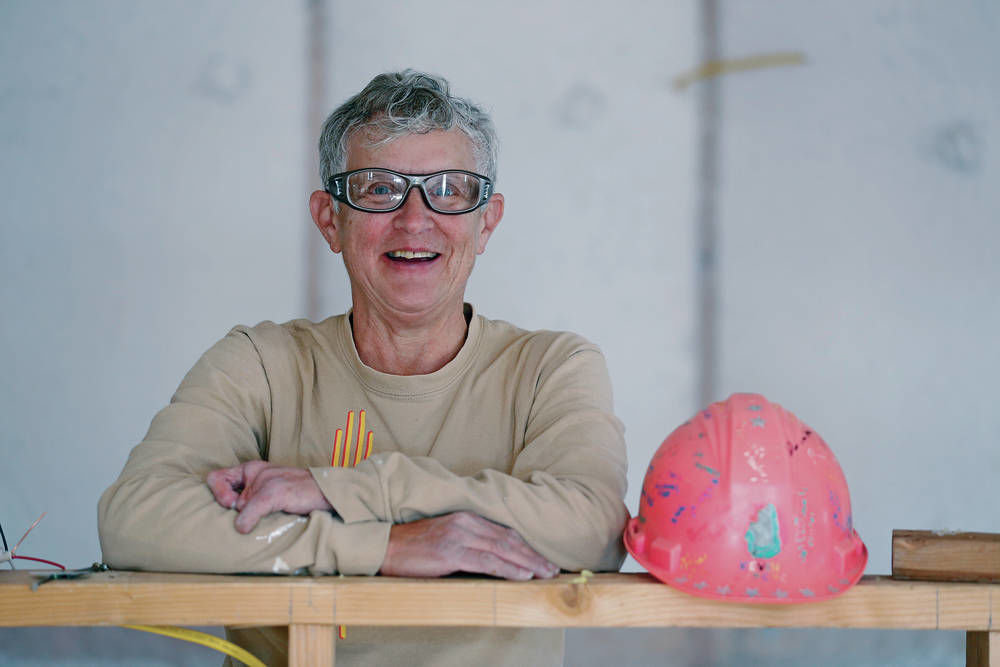 She helps kids and adults with disabilities build confidence as they hit the ski slopes through an adaptive sports program.

And in the past 14 years, Roberts, 70, has helped build scores of homes for low-income people in the Santa Fe area.

After she retired from a 30-year career in materials science at Los Alamos National Laboratory, Roberts began traveling and has since been to all seven continents. She also has pursued another adventure closer to home — volunteering with Santa Fe Habitat for Humanity, the local chapter of a national nonprofit that offers low-income people an opportunity for affordable homeownership if they agree to work alongside volunteer crews to construct a new house or rehabilitate an existing one.

The work has given her a new perspective, Roberts says, and has connected her with the community in a new way.

“I understand more about what it’s like to be poor and never know if you’ll be able to own a house, or just being able to scrape by and worry about paying rent in Santa Fe,” she says.

For her efforts, Roberts has been selected as one of the Santa Fe New Mexican’s 10 Who Made a Difference for 2019.

Roberts talks about her love of framing houses with the same eager gleam she has when discussing a fascination with logic puzzles — such as KenKen and sudoku. She draws lines with her fingers on a tabletop to explain how walls, windows and doors must be carefully considered.

Her work with Habitat for Humanity started small, with about one day a week of service, following an introduction to the organization through Women Build, an annual event designed to encourage women to join the program and hone new skills. For the past 12 years, volunteering with Habitat for Humanity has become a nearly full-time effort for Roberts. She puts in four days a week, eight hours a day.

She also supervises the Women Build program, leading a team of about 50 volunteer women in a home construction project each year. She teaches volunteers to frame a house and hang drywall, and helps them gain confidence in using tools necessary to get the job done.

“We want the women to do the work,” Roberts says, “and not just have a male person say, ‘Well, I can do it.’ It’s to show women how to use a circular saw or a hammer or a driver — anything that needs to be done that week.”

Santa Fe Habitat for Humanity Executive Director Ted Swisher says Roberts has helped build more than 80 houses. He notes her down-to-earth teaching demeanor and her knowledge of everything from framing to electrical work.

“She’s just a humble person,’ Swisher says. “She gets along with everybody. And I can’t forget her dedication to come out in all kinds of weather. It’s really inspiring.”

When Roberts isn’t putting up studs or mulling over load-bearing walls, she’s talking with other leaders in the program about how to make the home designs more efficient. She has served as the construction representative on the nonprofit’s board for nine years.

She put forward a proposal to use two mini-split systems for heating and cooling houses from room to room instead of radiant heating, an energy-efficiency change that has led to financial savings for homeowners.

Swisher says Roberts also had a hand in changing how Habitat for Humanity thinks about powering its homes — with the installation of solar panels. That initiative, implemented a year ago, raised building costs by about $4,500 per home, he says, but the price is coming down as materials costs decline.

On the weekends, Roberts heads into the mountains, hiking in warmer months and skiing in the winter.

And she’s found a way to give back through outdoor sports by participating in Adaptive Sports Program New Mexico, a 35-year-old organization for people with disabilities. While it began as a winter sports program, Adaptive Sports has expanded in the past decade to offer access to outdoor activities year-round, from rafting to rock climbing.

Adaptive Sports Program Director Jason Cline says Roberts is a patient and reliable instructor — a vital quality in volunteers. “[Roberts is] a great advocate for us, loves the program and is a really reliable volunteer — she’s just so valuable,” Cline says.

She starts with the basics, Roberts says — getting students fit in boots and other gear that feel comfortable. After a few sessions of getting new adaptive skiers acquainted with moving in their equipment, it’s time to get them up on the slope, she says. Two volunteer instructors help each student down the hill.

“You teach them ‘french fries’ and ‘pizza’ and just go along as well as you can do for their level,” she says, referring to the basic ski positions for gliding and stopping. “Sometimes you get them off the bunny slope and onto Easy Street, but sometimes not.”

The idea, Roberts says, is to ensure the students’ safety and enjoyment, as well as to look out for other skiers and prevent a student from going downhill too fast.

The exercise increases her ability to be patient with student skiers, she says. But she also gets real joy from the shared experience. “The excitement of seeing people who thought they never could ski getting to actually do it,” she says, “it’s incredible.”