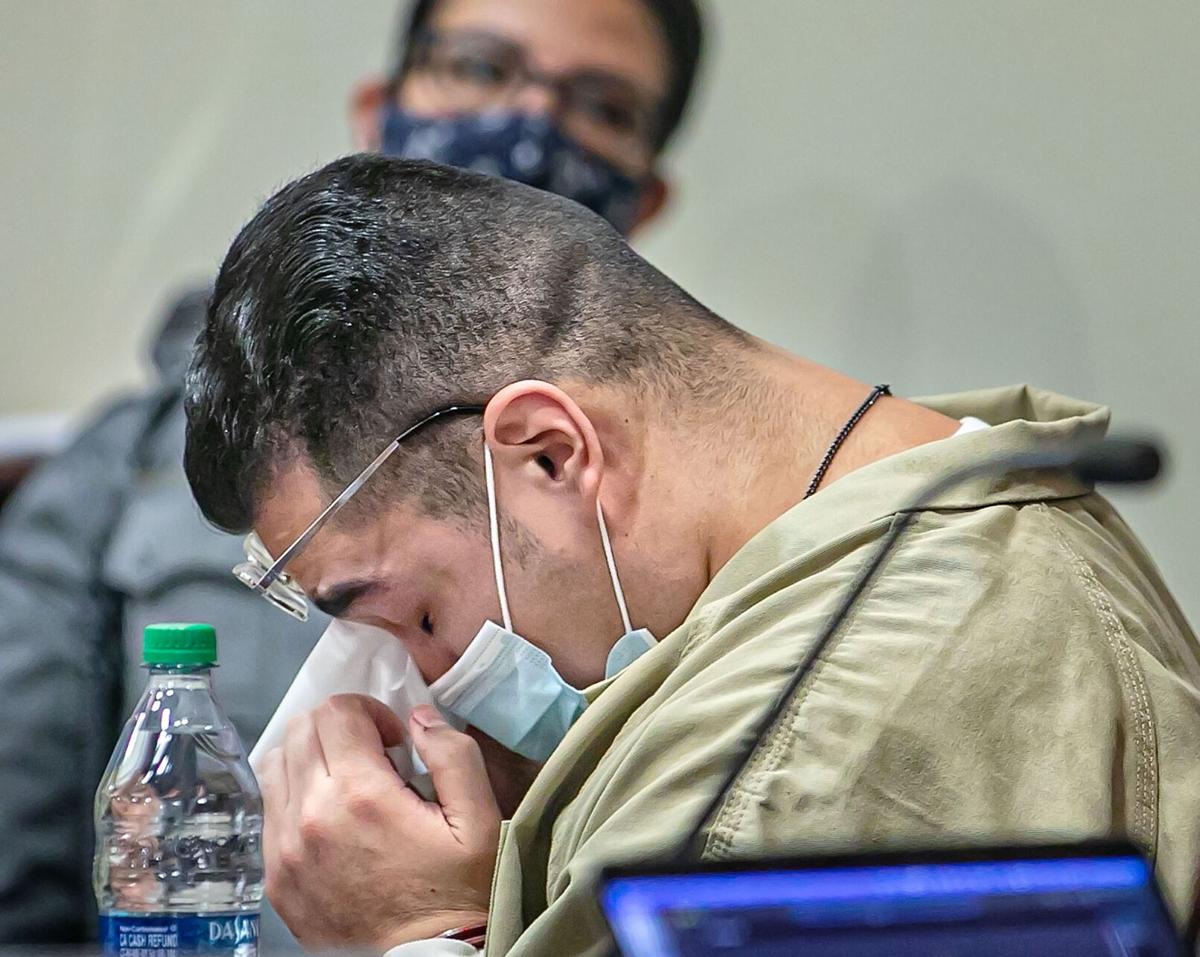 Jordan Nuñez reacts to graphic photos from the death of Jeremiah Valencia during a sentencing hearing Tuesday in First Judicial District court. Nuñez, 22, faces up to 24 years in prison for his role in the boy’s death and the burial of his body. 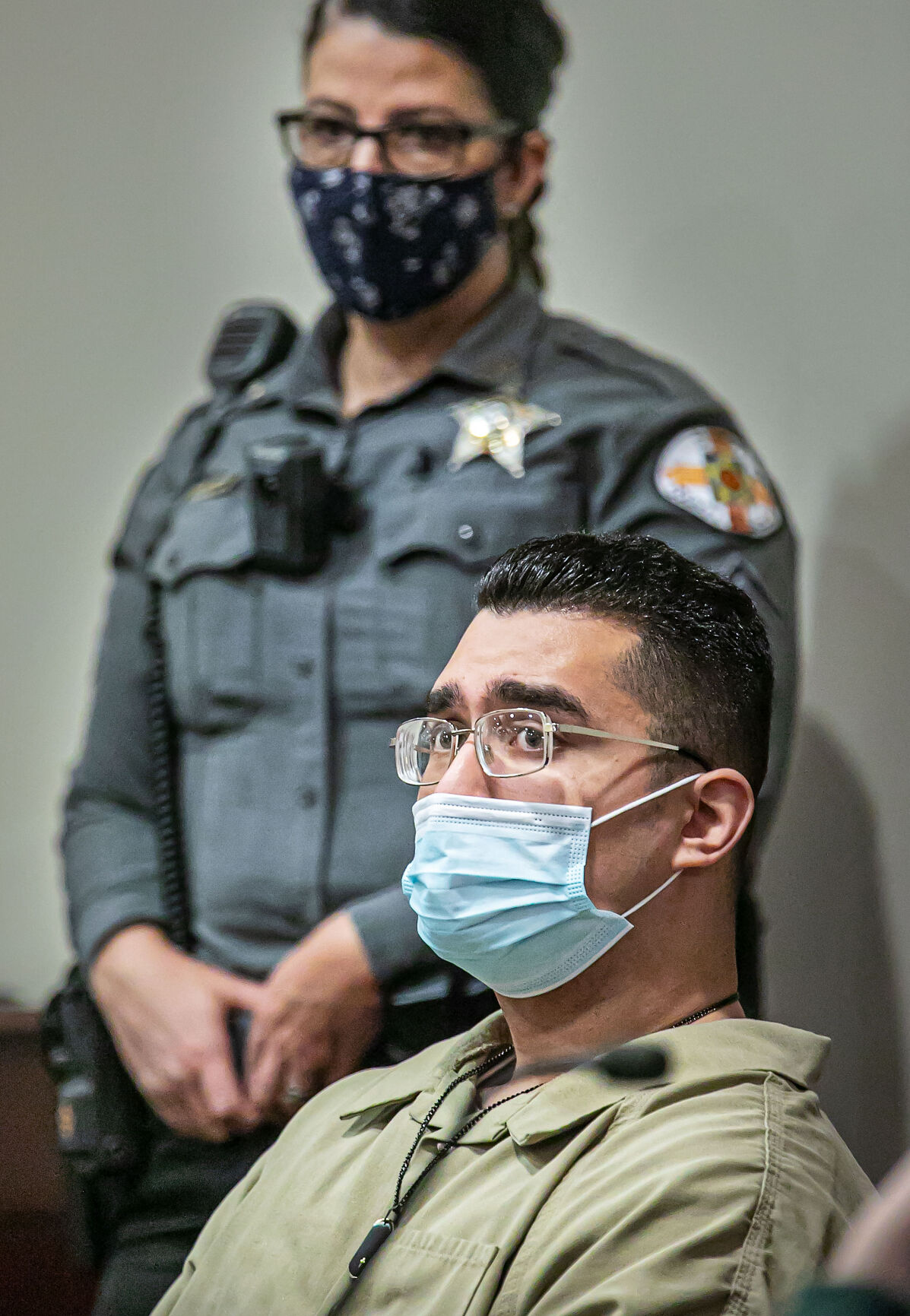 Jordan Nuñez listens to opening statements during the first day of his sentencing hearing Tuesday. 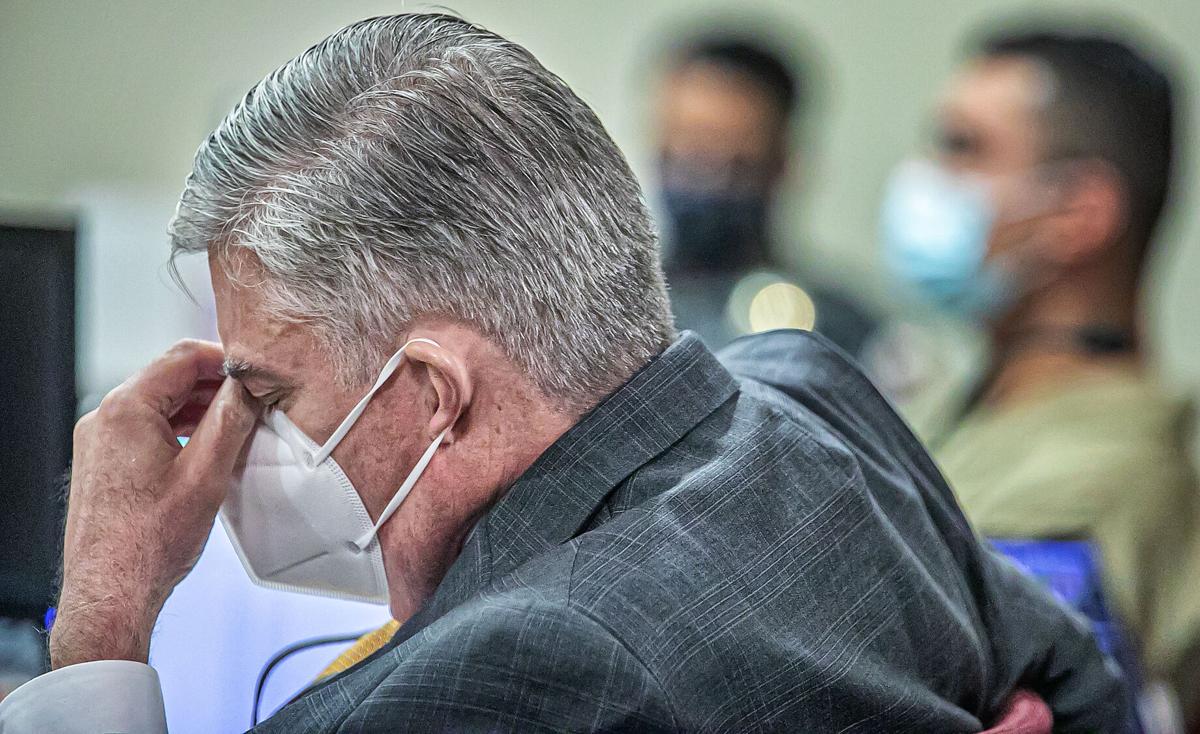 Defense attorney Mark Earnest reacts to opening remarks by the prosecution Tuesday during the sentencing hearing for his client, Jordan Nuñez, background. 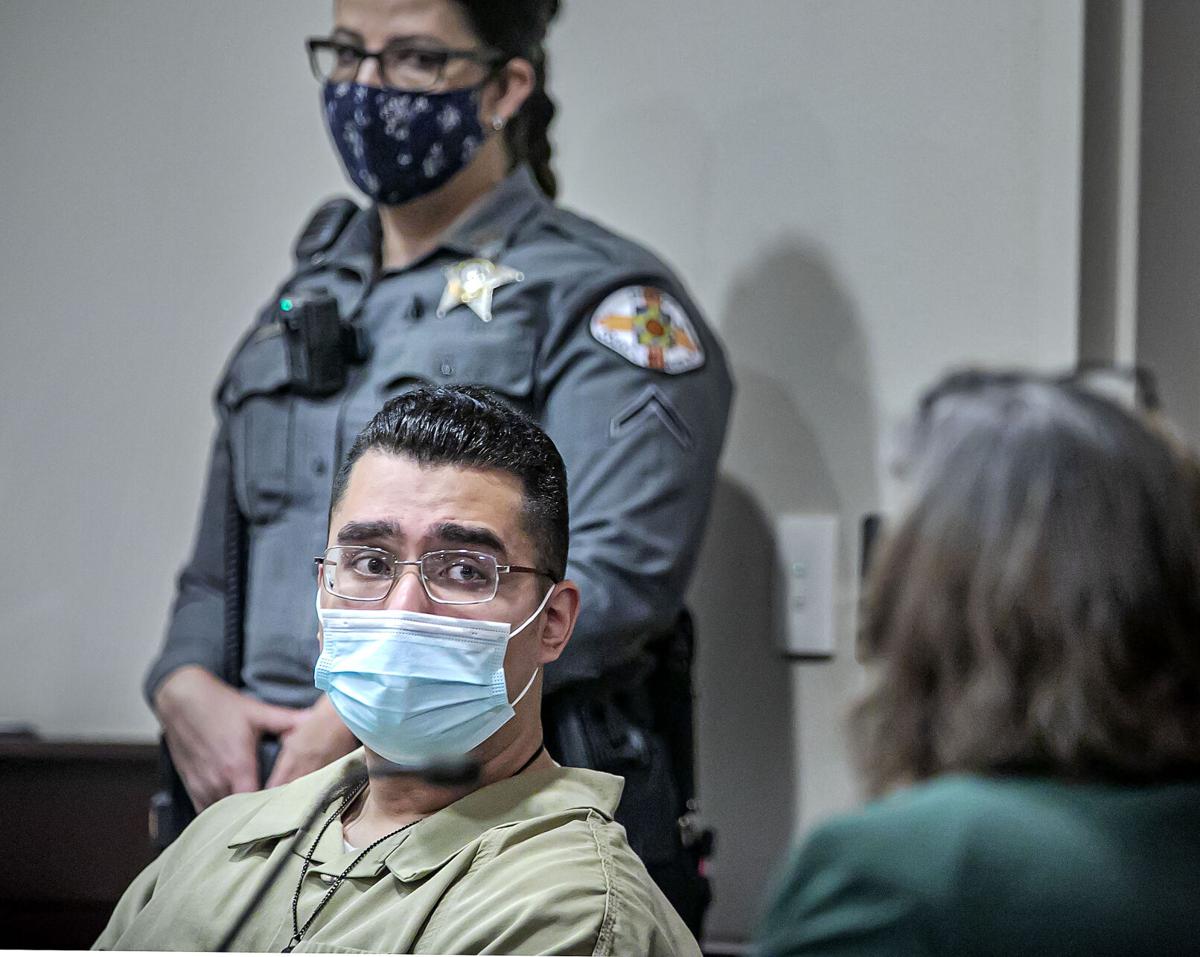 Jordan Nuñez listens to opening statements Tuesday during the first day of his sentencing hearing.

Jordan Nuñez reacts to graphic photos from the death of Jeremiah Valencia during a sentencing hearing Tuesday in First Judicial District court. Nuñez, 22, faces up to 24 years in prison for his role in the boy’s death and the burial of his body.

Jordan Nuñez listens to opening statements during the first day of his sentencing hearing Tuesday.

Defense attorney Mark Earnest reacts to opening remarks by the prosecution Tuesday during the sentencing hearing for his client, Jordan Nuñez, background.

Jordan Nuñez listens to opening statements Tuesday during the first day of his sentencing hearing.

The disturbing pictures punctuated the start of a three-day sentencing hearing that began Tuesday for Jordan Nuñez, who pleaded guilty to child abuse and two counts of tampering with evidence for his role in the death of the boy in November 2017.

The savagery of the case riveted Northern New Mexico almost from the outset, and as Nuñez’s lawyers and prosecutors made their arguments about what kind of sentence he should receive, evidence in the case continued to stir emotion.

She also argued the severity of the injuries inflicted upon Jeremiah indicated the abuse was a serious violent offense, which would require Nuñez to serve 85 percent of his sentence before becoming eligible for parole.

Police said Nuñez’s father, Thomas Wayne Ferguson, had been central to the abuse Valencia suffered over a long period of time. But after his arrest, Ferguson died by suicide in the Santa Fe County jail in April 2018 and was never tried.

According to court documents, witnesses — including Valencia’s younger sister — told investigators Jeremiah had been badly beaten and tortured by both Ferguson and Nuñez in the months leading up to his death.

“Tommy was the bad guy in all of this while Jordan watched,” Carmack-Altwies told a courtroom populated by family members and the media. “But that’s the problem. Jordan watched and occasionally participated. He got the benefit of a plea bargain because of his lesser involvement, but even though it was lesser, it was not less. It still resulted in Jeremiah’s death.”

The night he died, Jeremiah was severely beaten before being placed in a dog crate, according to court documents. Nuñez admitted to shaking the crate, but prosecutors say he flipped the cage while the boy was still inside, resulting in the boy’s death.

Defense attorney Mark A. Earnest argued Nuñez did not commit a serious violent offense and argued for a reduced sentence due to the severe abuse his client suffered at the hands of Ferguson. He also said Nuñez’s age at the time, his lack of criminal history and the responsibility and remorse he feels for Jeremiah’s death should be taken into account.

Earnest also proposed two charges of tampering with evidence — one for wrapping and taping the body and one for burying it days later — should be merged into one charge. He sought a total sentence of 14 years.

Carmack-Altwies said the evidence collected justified the charges, pointing to the autopsy report which detailed the slew of injuries Jeremiah suffered before his death. They included a jaw broken in two places so severely the bone poked through the boy’s gums and wounds caused by a homemade spear used to torture him.

She presented the homemade spear, a sledgehammer and dog crate, all of which tested positive for Valencia’s blood.

Forensic crime scene photos also showed blood spatter in every room of the Nambé home occupied by Ferguson, Nuñez, Jeremiah, his sister, and Jeremiah’s mother, Tracy Ann Peña, who pleaded guilty to child abuse and three drug trafficking charges in 2018 as part of a plea deal.

Blood also was found in and around the fireplace in Ferguson’s bedroom, where it was later learned Valencia was often placed as punishment, Carmack-Altwies said.

Facebook messages displayed to the court showed Nuñez wrote he “took someone off the map” and could do time for it.

Carmack-Altwies argued the statement, combined with the fact Nuñez never rendered aid, called for an ambulance or reached out to law enforcement, indicated his participation in the abuse.

“The death of Jeremiah Valencia was not an isolated incident,” she said. “This abuse went on for months, and Jordan came into it, he watched it, he participated in it and did nothing.

“He was not trying to come to police and admit to his crimes,” she added. “He did two interviews before he even admitted he knew where Jeremiah was, that he was dead. That is why he deserves to serve the time for his crimes at serious violent offense level.”

The defense is expected to present evidence and testimony on behalf of Nuñez, including calling an expert on child psychology, as the hearing continues.

This p.o.s needs to fry.They tortured and killed an innocent child and he should be made to pay.period.