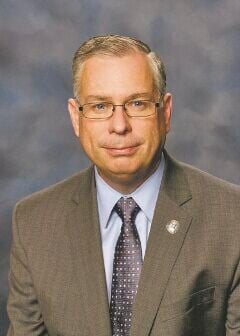 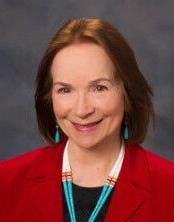 A Democratic state senator from Albuquerque who has been the subject of a sexual harassment investigation for months said Thursday he contacted the FBI to report an extortion attempt allegedly orchestrated by Senate President Pro Tem Mimi Stewart.

Sen. Daniel Ivey-Soto said an unidentified third party delivered a message to him from Stewart the day prior: Resign as chairman of the Senate Rules Committee and Stewart would make sure a confidential report that revealed new allegations against Ivey-Soto wouldn’t get leaked.

“But if I did not agree to resign, then the report would be leaked,” he said. “That is the very definition of extortion, and that is the reason why I reported that to the FBI at 3:30 [Thursday] afternoon, which was prior to [the report] being released.”

“The message was delivered through a third party, so there’s a witness to the communication,” said Ivey-Soto, who declined to identify the individual.

“I did inform the FBI who the third party was,” Ivey-Soto said.

FBI spokesman Frank Fisher said the agency does not confirm or deny reports of investigations.

Ivey-Soto said the individual who allegedly delivered the message from Stewart also “shared what they were being asked to communicate” with Senate Majority Leader Peter Wirth, a Santa Fe Democrat.

“So Sen. Wirth was aware of the communication threatening me prior to it being delivered to me,” he said.

Wirth did not return a message seeking comment late Thursday.

Ivey-Soto said he told the individual who delivered the message he wasn’t willing to resign.

“That person then reported back to Sen. Stewart that I had declined her offer to keep this confidential report confidential,” he said. “Because I declined, then the report was leaked.”

The Santa Fe Reporter published the confidential report on its website just before 6 p.m. The news outlet did not disclose how it obtained the report, which details the findings of an investigation of the sexual harassment complaint lodged against Ivey-Soto earlier this year.

The leak of the report comes a day after Ivey-Soto issued a letter stating the investigation initiated by a female lobbyist who accused him of groping her and other inappropriate behavior had been closed with no disciplinary action against him.

Ivey-Soto said it’s the Interim Legislative Ethics Committee that determines whether or not there is probable cause.

About a half-hour after the report was posted online, a coalition of advocacy organizations that has been calling on Ivey-Soto to resign issued a news release promoting the “new bombshell story,” which it said detailed “explosive” and previously unreported allegations.

They include that Ivey-Soto allegedly pinned Sen. Katy Duhigg, also an Albuquerque Democrat, down on a couch during the 2019 legislative session before she was an elected official.

Duhigg reported a “consensual relationship” with Ivey-Soto that became “non-consensual.” After she tried to pull away from Ivey-Soto, he allegedly pinned her down on a couch and “did not stop when she asked him to do so, and a struggle ensued, leading them both to fall to the floor, where the struggle continued,” the report states.

The case also took another turn Thursday when Anaya, Ivey-Soto’s accuser, filed a lawsuit seeking to overturn a law that restricts her from speaking publicly about the matter.

“We’re asking a judge to declare that the one-sided confidentiality restrictions [in the law] are unconstitutional content-based and viewpoint-based speech restrictions,” said Anaya’s attorney, Levi Monagle. “We’re basically arguing that that statute, which allows an accused legislator to speak freely on these topics but not the complainant, violates the First Amendment of the New Mexico Constitution.”

Before Ivey-Soto revealed he had contacted the FBI about an alleged extortion attempt, Stewart said in a statement the law needs to be updated.

“I’m limited in what I can share but I will say this: We have a broken process,” she said. “My goal now is to see that the policy gets fixed so claimants are ensured a more transparent, expeditious proceeding upon filing a claim. We also need to establish a clearer course of action with guidance and timelines that lead to definitive results.”

Stewart said she intends to convene a group of legislators to reevaluate the state’s policies and propose revisions.

“There has to be a better way,” she said.

In a letter provided to The New Mexican, Ivey-Soto, who has served in the Legislature for nearly a decade, divulged few details about the investigation into the allegations against him.

But, he wrote, the complaint was “exhaustively investigated and fully debated by the Investigative Subcommittee” of the Interim Legislative Ethics Committee.

“Last week my attorney was informed that the current matter before the [committee] regarding the complaint is indefinitely suspended, with no further action to be taken,” he wrote.

He added, “statutory confidentiality remains in place; those provisions have not been waived. Accordingly, there will be no official announcement that there was no finding of probable cause, meaning the matter is closed.”

But the controversy is far from over. Following his announcement, the coalition of advocacy organizations that have been calling for Senate leadership to strip Ivey-Soto of his committee assignments and leadership roles announced the launch of a new website: StopIveySoto.com.

“We do not accept the premise that this sham process was legitimate or the final arbiter of accountability,” Oriana Sandoval, CEO of the Center for Civic Policy, said in a statement. “We will not back down until there is transparency and real reform — and until Ivey-Soto is properly held accountable for his actions.”

After the end of the 30-day legislative session in February, Anaya accused Ivey-Soto of sexually harassing her at a reception in Santa Fe in 2015 when she was a young staffer for then-U.S. Rep. Michelle Lujan Grisham, now governor of New Mexico. Anaya also accused Ivey-Soto, chairman of the powerful Senate Rules Committee, of deliberately stalling a high-profile voting rights bill she was advocating for during the 2022 session when she confronted him about the seven-year-old groping allegations.

Anaya is frustrated that “she can’t speak to some of the things that Sen. Ivey-Soto has seen fit to speak about publicly,” Monagle said.

Fix CYFD, and you've got a great governor

Ready-made casitas are cool, but not yet scalding-hot