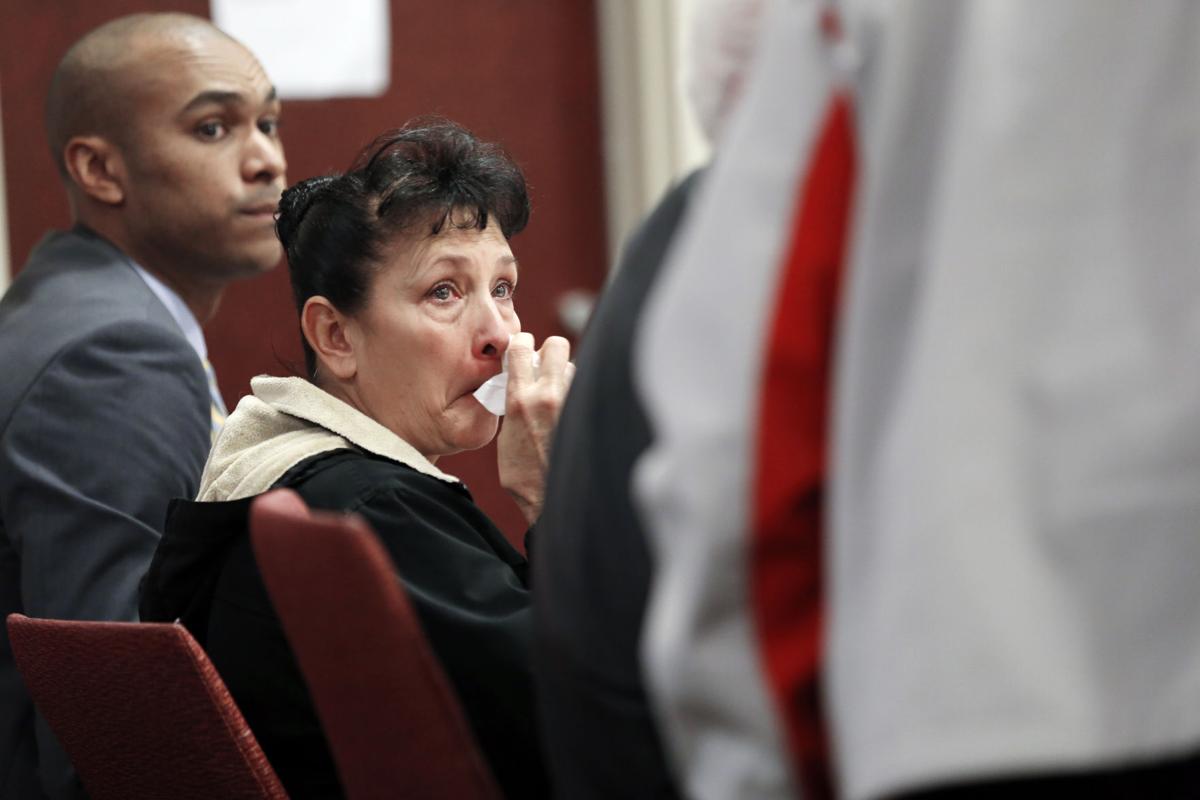 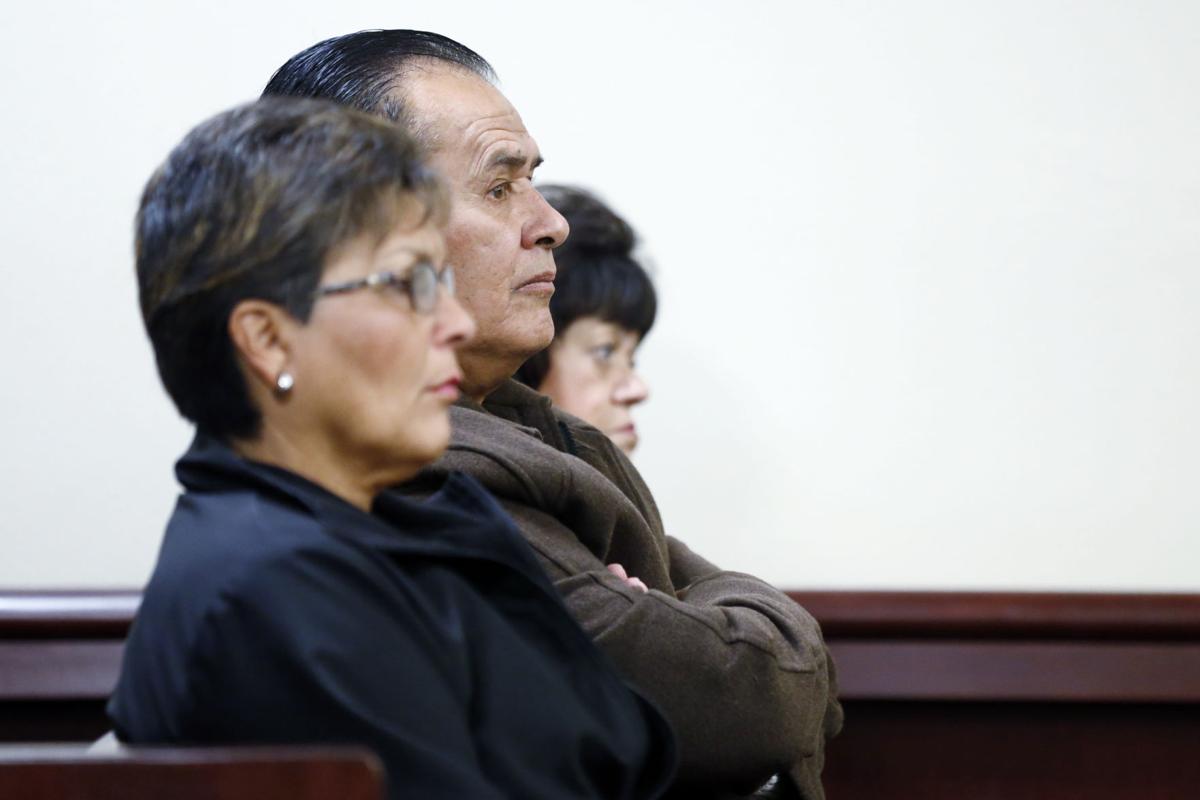 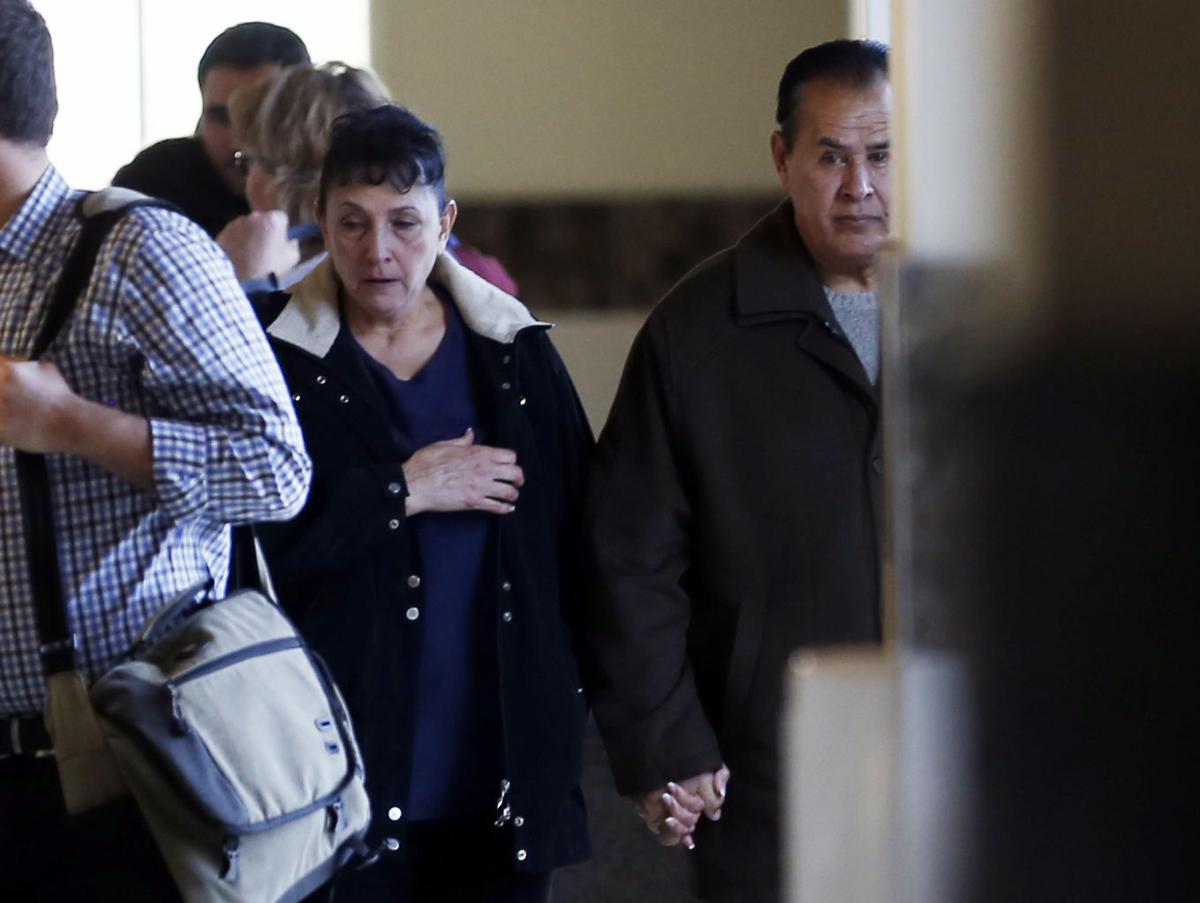 Laura Seeds cried tears of joy as she stood hand in hand in prayer with family members, friends and attorneys Monday afternoon in a hallway at the state District Court in Santa Fe, where she was sentenced to five years of supervised probation and six months of electronic monitoring.

The sentencing, in which Seeds had faced up to 7½ years in prison and up to $25,000 in fines, brought an end to her nearly 2-year-old election fraud case.

Seeds, the wife of Española City Councilor Robert Seeds, was indicted by a grand jury in February 2018 on 15 counts of violating Española’s municipal election code in 2016, when she helped her husband campaign for his seat in a race against incumbent Cory Lewis.

A jury on Nov. 7 found Laura Seeds guilty of five charges, all of which are fourth-degree felonies: Two counts of illegal possession of absentee ballots, two counts of making false statements and one count of conspiracy to violate the city’s election code.

But Seeds’ legal troubles are not over. She will face a second jury trial in June on fourth-degree felony charges of intimidation in a municipal election and coercion of a voter. She also is charged with disturbing a polling place during a municipal election, a petty misdemeanor.

While Laura Seeds declined to comment on her sentence Monday, a woman walking alongside her said, “Just thank God.”

Assistant Attorney General Peter Valencia had asked First Judicial District Judge Mary Marlowe Sommer to sentence Seeds to two years in prison. Seeds’ attorney, Aaron Wolfe, argued instead for a conditional discharge and said Seeds could educate the public about how to handle absentee ballots and about the municipal election code.

Sommer rejected Wolfe’s argument, saying Seeds had failed to take responsibility for her actions until the sentencing hearing.

Seeds wept while addressing the court Monday. She turned to face Valencia and apologized for the arrogance she had displayed during her trial.

“I do not think that your proposal of conditional discharge is helpful to you or the community,” Sommer told her. “I think that you ... need to be a convicted felon for these offenses. And secondly, I do not have confidence in you that you actually will educate the public about what you’ve learned.”

Sommer also said Seeds’ friends have been more accountable for her transgressions than she has been.

New Mexico Attorney General Hector Balderas touted the resolution of the case in a statement Monday. “I am thankful to our legal team for prevailing at trial and enforcing the rule of law on behalf of the people of New Mexico,” he said, adding, “... My office will continue to aggressively prosecute public corruption.”

Eight people spoke on Seeds’ behalf during the sentencing hearing and painted a picture of a woman who cared deeply about her faith, family and community.

While family members, friends and her priest all attested to Seeds’ service to the community and her willingness to help those in need, her sisters told the court about her difficult childhood as she was growing up in Tierra Amarilla and the strength instilled in them by their mother and grandmother to never give up.

Sommer said Seeds’ headstrong attitude had gotten the best of her.

“She ignored educating herself on the laws and she ignored what she did know about the absentee voter laws,” the judge said.

She should be in prison. All the attention is on Mrs. Seeds, what about Cory Lewis who loss the election due to her unlawful actions.

I do not know Cory Lewis, but I have thought about that so many times. I am sure this burned him off politics forever. In the meantime, the Seeds hangout together at Buffalo Thunder Casino and act totally entitled, like nothing is wrong in their lives. They are like Frick and Frack. He 100% was in one the deal; she took the fall. I hear him get called for $1000. drawing frequently. I always think that will help with the attorney bills. They both give new definition to the word arrogance.