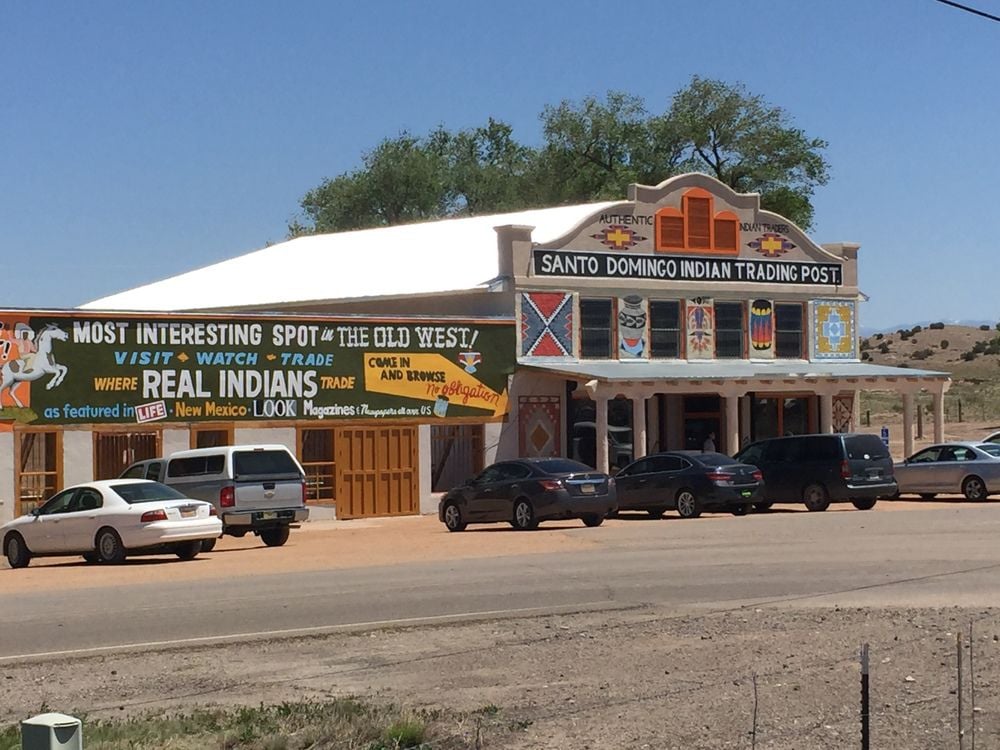 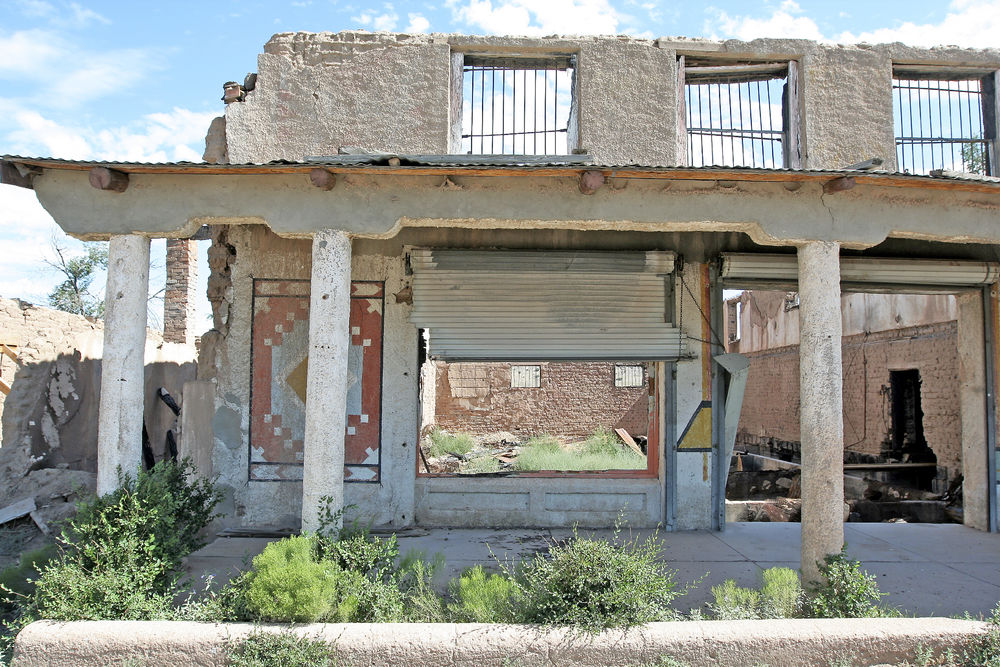 The ruins of the old Santo Domingo Trading Post sit near the Rail Runner station at Santo Domingo Pueblo in July 2010. The trading post was nearly gutted in a 2001 fire. New Mexican file photo 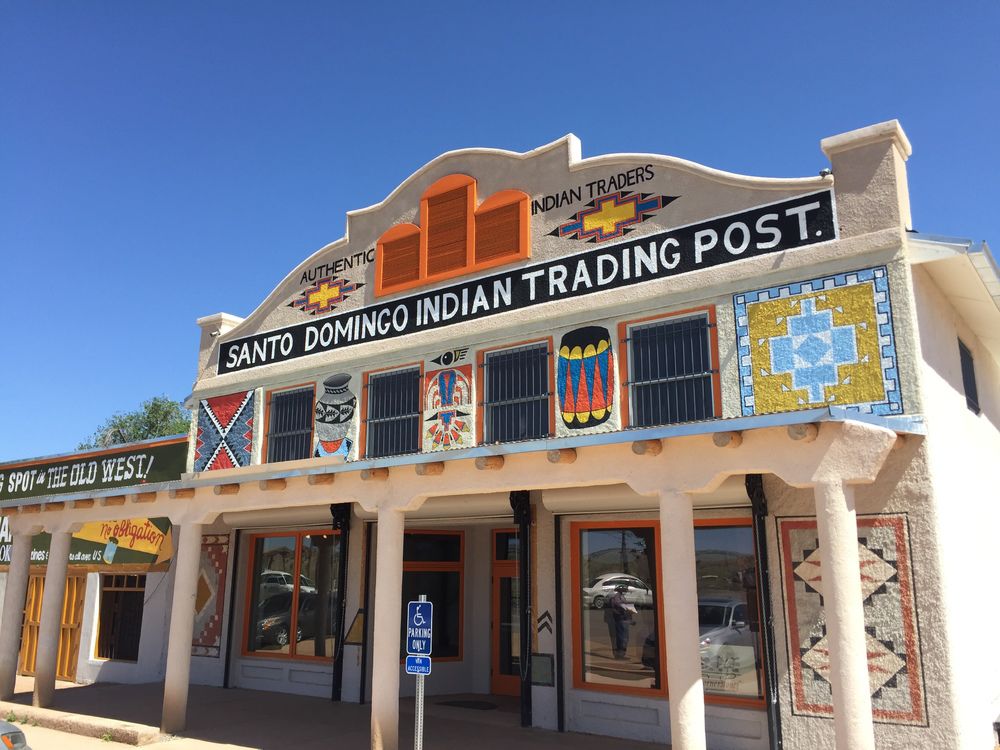 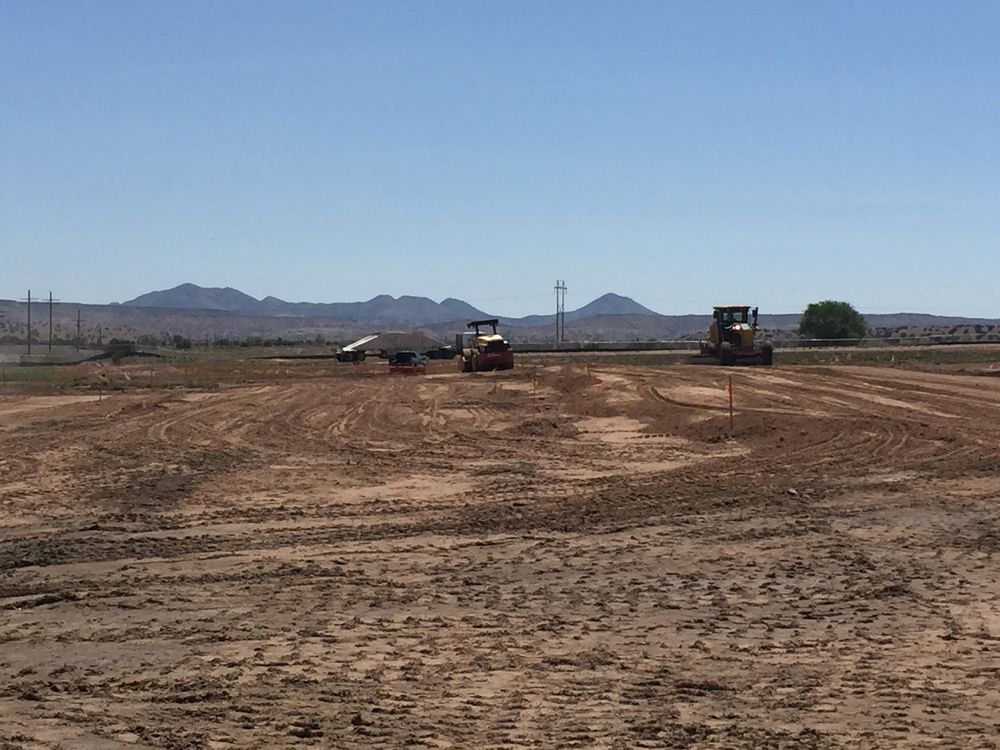 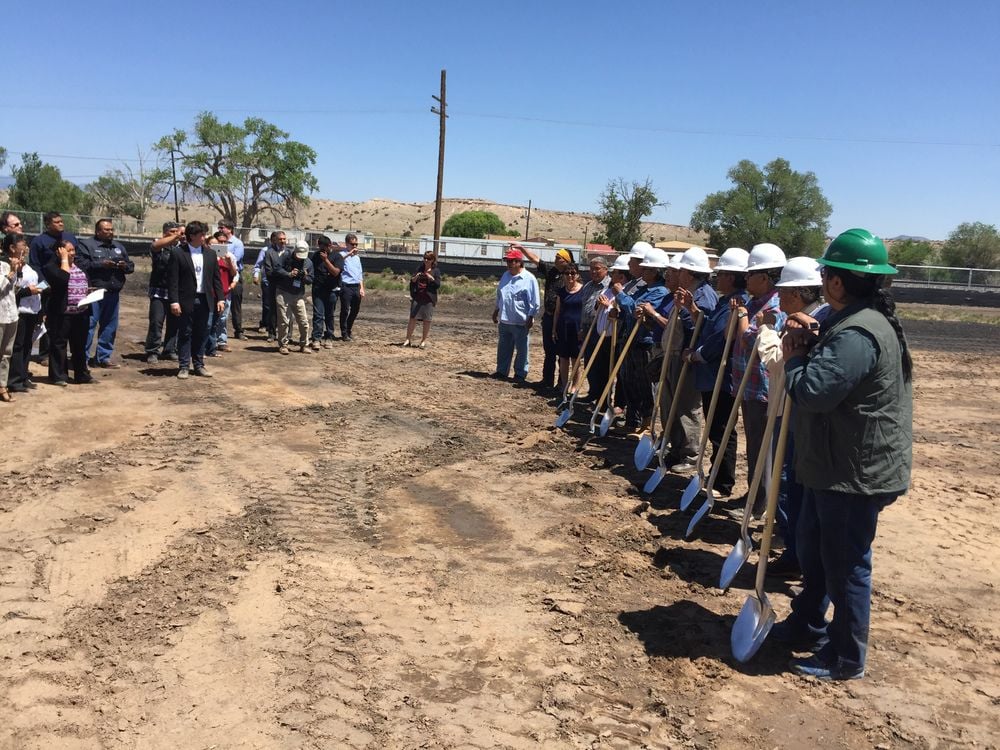 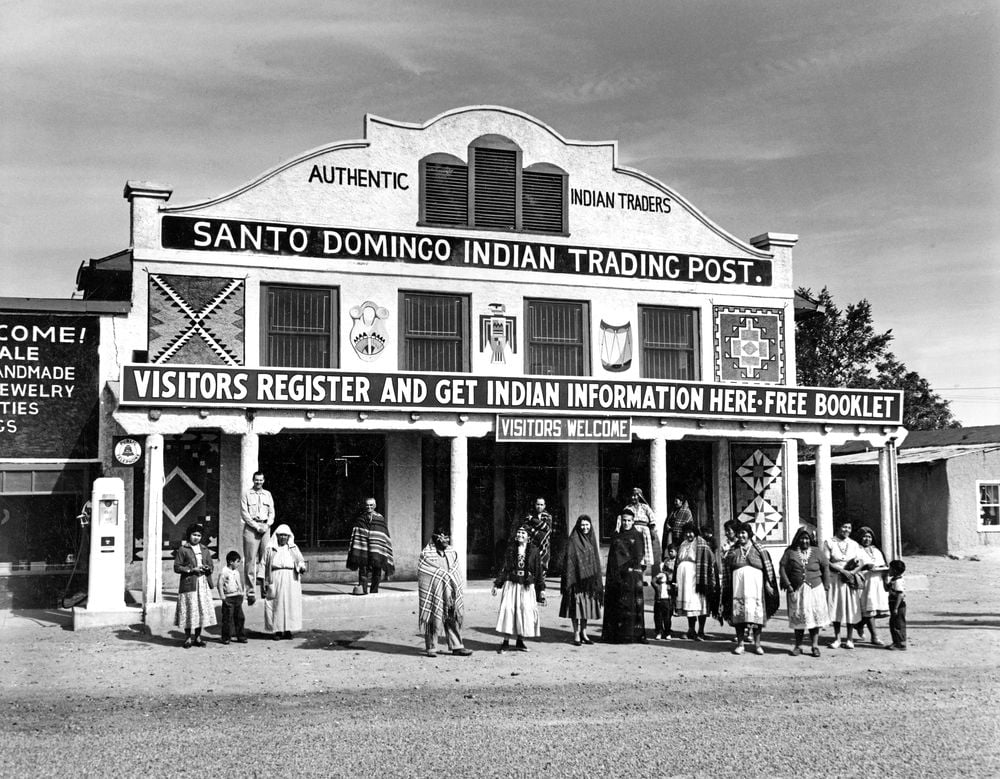 A 1954 photograph of the Santo Domingo Trading Post at Santo Domingo Pueblo. Courtesy Palace of the Governors Photo Archives (NMHM/DCA) Negative No. 059349

The ruins of the old Santo Domingo Trading Post sit near the Rail Runner station at Santo Domingo Pueblo in July 2010. The trading post was nearly gutted in a 2001 fire. New Mexican file photo

A 1954 photograph of the Santo Domingo Trading Post at Santo Domingo Pueblo. Courtesy Palace of the Governors Photo Archives (NMHM/DCA) Negative No. 059349

After four years of planning, and with big equipment ready to roll, the new housing project at Santo Domingo Pueblo still wasn’t ready to move forward Wednesday until the tribal war chief offered a simple prayer.

Anthony Rosetta said his Kewa prayer and spiritual offering was a greeting to Mother Earth, an invitation for her to bless the families that will dwell in the new community so they may prosper.

The groundbreaking by the Santo Domingo Housing Authority ushers in a year of home construction on a rugged patch across from the New Mexico Rail Runner station at the pueblo. The vision for the new community is that the families will remain grounded in pueblo traditions but take advantage of commuter connections to Albuquerque and Santa Fe on the train, which has been a vital resource for those who work or attend school outside the community.

But the future of the 5,200-member tribe, which also goes by the name Kewa Pueblo, is also tied to the history of the Santo Domingo Trading Post, which was nearly gutted in a 2001 fire but is set to formally reopen this summer after a $1.5 million renovation.

Directly across from the housing complex, the trading post will become a place for tribal artisans to showcase their work and serve as an arts incubator, said Joseph Kunkel, project manager for the Santo Domingo Tribal Housing Authority.

It will all be linked by a 1.5-mile walking and biking path called the Heritage Art Walk, set to link the main village to the train station and trading post with six art and cultural nodes that will give artists more venues to display their goods.

The projects took coordination and funding from more than a dozen organizations, including the Route 66 Corridor Preservation Program, New Mexico State University, the National Trust for Historic Preservation, the state Mortgage Finance Authority, and Native Capital Access, a nonprofit that funds tribal initiatives. Kunkel himself came to New Mexico through an architectural fellowship program. The University of Virginia is involved by way of a community well-being analysis to measure the impact of the new housing on health.

The original trading post opened in 1881 and served as a stop on the Atchison, Topeka and Santa Fe Railway. That trading post was replaced in 1922.

According to a column in The New Mexican by historian Marc Simmons, “after World War II the trading post began catering more to tourists who were looking for reminders of the Old West. One prominent visitor who got off the train for a quick tour on Dec. 7, 1962, was President John F. Kennedy.”

The trading post closed in 1995, six years before the fire.

Jake Barrow, director of Cornerstones Community Partnership, a preservation group, said it undertook a structural assessment of the old trading post in 2007 and the restoration required major stabilization.

The facade was repainted by artist Ricardo Caté, a cartoonist for The New Mexican, who used an old photograph of the building to repaint what tourists might have seen in the early 1900s.

Cynthia Aguilar, a librarian and member of the tribal housing council, said the restoration is important because it will help members remain self-sufficient. Santo Domingo does not own or operate casinos, she said.

Aguilar remembers her grandfather telling her that casinos would line the Rio Grande in New Mexico. “At first they will prosper, but money comes and goes,” she recalled him saying. “It won’t stick to your hand.”

She said her grandfather was right and that her community has survived with artisans who gain independence through their entrepreneurship.

“I’m proud of our tribal members,” she said. “They’ve started their own businesses, and it’s sustainable. We’re resilient and self-sufficient without gaming.”

Paul Coriz remembers his parents coming to the trading post for dry goods, moccasins, food. They would sometimes pay, but also barter.

“We grew up having the trading post,” he said. “It was our Wal-Mart.”

The path ahead will involve coordinating with the Rail Runner and tourism marketers to tell the story of the pueblo, so visitors can come to the trading post and learn about the tribe while enjoying its food and crafts.

“It’s going to be a challenge to bring in people from other areas who want to see the trading post,” said Coriz. “We need to get together so people can find out there is a way to see our work here.”