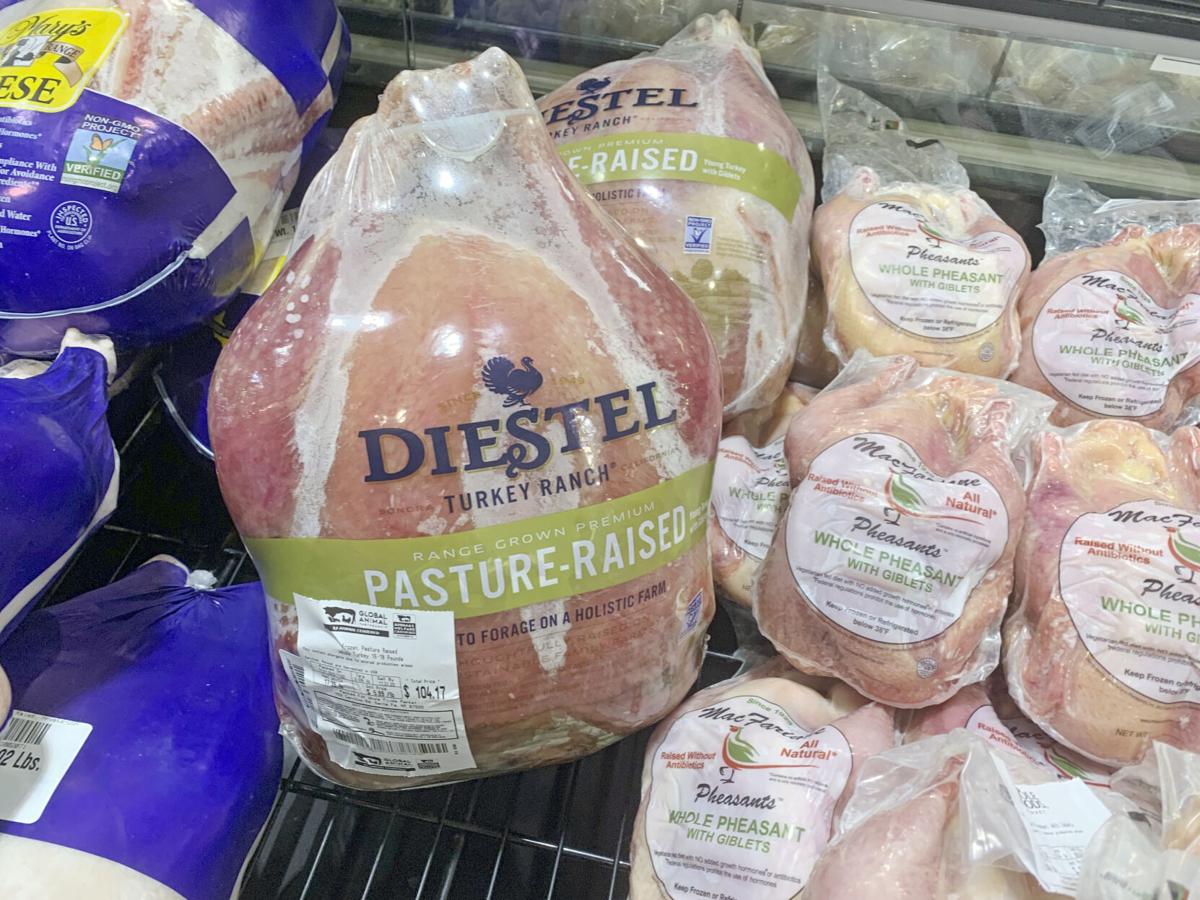 A Diestel turkey is priced at $104.17 at Whole Foods on Monday. Though the birds are advertised as ‘thoughtfully raised,’ a pair of lawsuits allege the company isn’t accurately representing the turkeys’ living conditions. 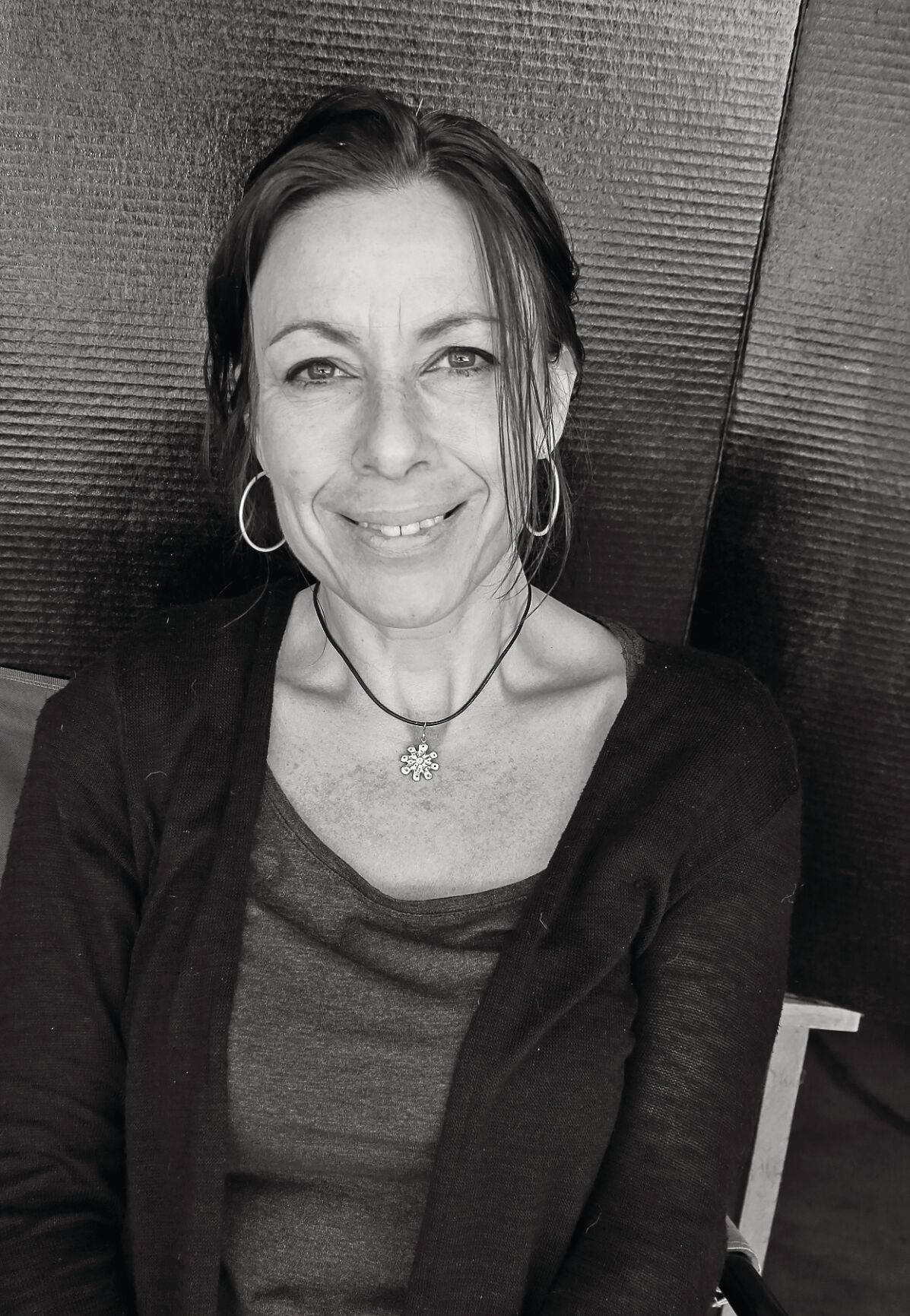 According to her lawsuit, Cynthia Wetzel paid a premium for what she believed was a humanely pasture-raised turkey for her family's Thanksgiving meal.

A Diestel turkey is priced at $104.17 at Whole Foods on Monday. Though the birds are advertised as ‘thoughtfully raised,’ a pair of lawsuits allege the company isn’t accurately representing the turkeys’ living conditions.

According to her lawsuit, Cynthia Wetzel paid a premium for what she believed was a humanely pasture-raised turkey for her family's Thanksgiving meal.

Food with “no sketchy backstory”: That’s what the Diestel Family Ranch website promises consumers will get if they purchase the company’s poultry products.

But two class-action lawsuits — one filed in New Mexico by a Santa Fe woman and another filed in California — claim the opposite is true.

Cynthia Wetzel of Santa Fe is the plaintiff in the New Mexico complaint, which accuses the company of false advertising and violating the state’s Unfair Trade Practices Act. It also seeks to represent other New Mexicans who purchased Diestel products since November 2016.

According to the lawsuit, Wetzel bought a turkey from Whole Foods Market in Santa Fe for her family’s Thanksgiving meal in 2018 because she believed meat sold at Whole Foods came from animals that were treated more humanely than those whose meat was sold at other stores.

The turkey Wetzel purchased in 2018, according to the lawsuit, was about twice the cost of other turkeys she could have purchased, but she paid extra to purchase a bird that had a higher animal welfare rating.

Wetzel’s attorney declined to make her available for an interview Monday.

One of the complaints disputes California-based Diestel Family Ranch’s advertised claims that its turkeys are “thoughtfully raised” — roaming outdoors in the fresh air and even receiving individual care. Instead, the lawsuit claims, birds actually live in “large overcrowded metal sheds … and are often mired in manure and slaughterhouse waste.”

Whole Foods — whose Santa Fe store had a 17-pound “Range Grown Premium Pasture Raised” Diestel turkey for sale at $104.17 Monday — declined to comment on the lawsuit.

According to the lawsuit, Diestel’s slick brochures, featuring images of turkeys grazing freely on green pastures, did not accurately represent conditions revealed by an undercover investigation conducted in 2015 by the animal rights group Direct Action Everywhere. The group reportedly found turkeys in the company’s farms “languishing or dead,” and “covered in feces,” among other problems.

Farmer Heidi Diestel — who said her grandfather started the Diestel company in 1949 — said the lawsuits’ claims are based on unsupported evidence and misrepresent the company’s practices.

“I don’t feel like this filing has any merit at all,” said Diestel in a phone interview Monday. “It does not represent what we are doing on our farms.”

Diestel acknowledged only a fraction of the animals the company raises for food come from the Diestel Family Ranch in Sonora, Calif., but said, “We have a lot of different produce lines … some are raised in a more barn-centric environment and some in a more pasture-centered environment.”

She said all of the products are labeled to accurately reflect the conditions under which they are farmed.

She said the company’s animal welfare practices are audited by a nonprofit as well as the U.S. Department of Agriculture. She added the family feels Direct Action Everywhere singled the company out for its lawsuit because the group fundamentally does not believe in eating animals and likely saw the company as an easier target than larger companies, which likely have more money to fight such complaints.

“Unfortunately, these folks have taken it upon themselves to publish information that is really misleading,” Diestel said. “It’s really unfortunate and very disappointing.”

Direct Action Everywhere — a global grassroots network of animal rights activists, according to its website — filed a similar lawsuit against Diestel in 2017. Elsner Law and Policy, the Santa Fe firm representing Wetzel, represented the nonprofit in that case, which attorney Gretchen Elsner said is still pending.

Wetzel’s lawsuit seeks to represent what it estimates is a class of “thousands” of New Mexicans who have paid premium prices for their Thanksgiving birds since 2016. The complaint seeks damages of $100 per purchase, estimating the lawsuit to be worth more than $5 million dollars in damages.

The complaint also asks the court to order the company to stop what it alleges is false advertising.

All sarcasm aside, if folks want to read up some interesting literature on killing animals for food, I suggest Peter Singer's "Practical Ethics". Or, just do as Sgt. Schultz used to do and see nothing, hear nothing, you weren't even here today.

Eating meat means killing an animal. Pretty simple. People have been doing it from the dawn our our existence. I hauled many a deer out of the woods Back in the Day. The modern difference is nowadays, animal agriculture is industrialized and all we see is the pretty packaged final product rather than the whole cradle to grave, so to speak, process. Some animals are treated better than others but I suspect none get asked what they think when its time to apply the knife.

Enjoy Thanksgiving, folks. Regardless of what you eat. This is a Privileged American problem.

In all seriousness Mr. Lucero, Orwellian World would be a better description: Wrong, is Right. Deception is Truth, and even mere words are subject to regulation.

Nonetheless, the first Thanksgiving celebration on the North American continent was actually celebrated on the banks of the Rio Grande, near Las Cruces, N.M. and El Paso, Texas. Approximately 70-years before the Pilgrims at Plymouth Rock, Don Juan de Onate and his Spanish/Basque party gave thanks and consecrated this land - in The Name of The Father, The Son and The Holy Spirit. Of course, Hispano/Latino children are never taught this is school, after all, they might grow-up and change this wicked, godless nation.

Mr. Lucero, may you and yours have a happy and most blessed Thanksgiving. And, !Viva Don Juan de Onate!

[thumbup] True. If one really worries about animal care related to our food supply, I suppose one should stop eating meat.

Just when I thought I had seen everything. This belongs in the comic section.

I will NEVER go vegan or vegetarian. I intend to eat meat (from animals) and diary (from animals) as long as I live. I couldn't care less what my actions mean for 'saving the planet.'

Regardless of the evidence for or against Diestel's turkeys, one thing is certain: Meat is murder. You can't buy a turkey without first hiring a murderer -- unless you buy a live turkey. In which case, I dare you to kill it in your own kitchen. Diestel may have some turkeys that are raised in somewhat more humane conditions, but many probably are raised in deplorable conditions, as are most of the turkeys raised for food. I have not eaten turkey since 1992, and I am none the worse for it. There are many healthy foods that you can eat during the holidays that don't involve murder. If you are looking for something reminiscent of Turkey, you might try a Tofurkey or one of the the other turkey substitutes.

This isn't actually accurate. According to most dictionaries, "murder" is the unlawful killing of a being. Slaughtering meat for consumption isn't illegal, and the word "murder" conflates the issue with your emotional bias. Frankly, I'd never buy meat from Whole Foods (Amazon owned = what do you expect?), and your statements about deplorable conditions are true. But urging people to go vegetarian isn't a solution, either - nor does it address the matter at hand. There are humane ways to consume turkey that don't involve turkey substitutes.

Unlawful killing of a human.

Why is it murder when a human kills a turkey and not when a coyote does the same?

And there us no way I would ever consider eating a highly processed food such as a tofurkey.

why is that murder but killing a human before birth not a crime..

Why is capitalization not in your tool box?

Perhaps Biden will sign an executive order making failure to use proper capitalization a crime.

"Perhaps Biden will sign an executive order making failure to use proper capitalization a crime."

If he does so, we will have to build countless prisons for all the white collar criminals we create who floated junk bonds.