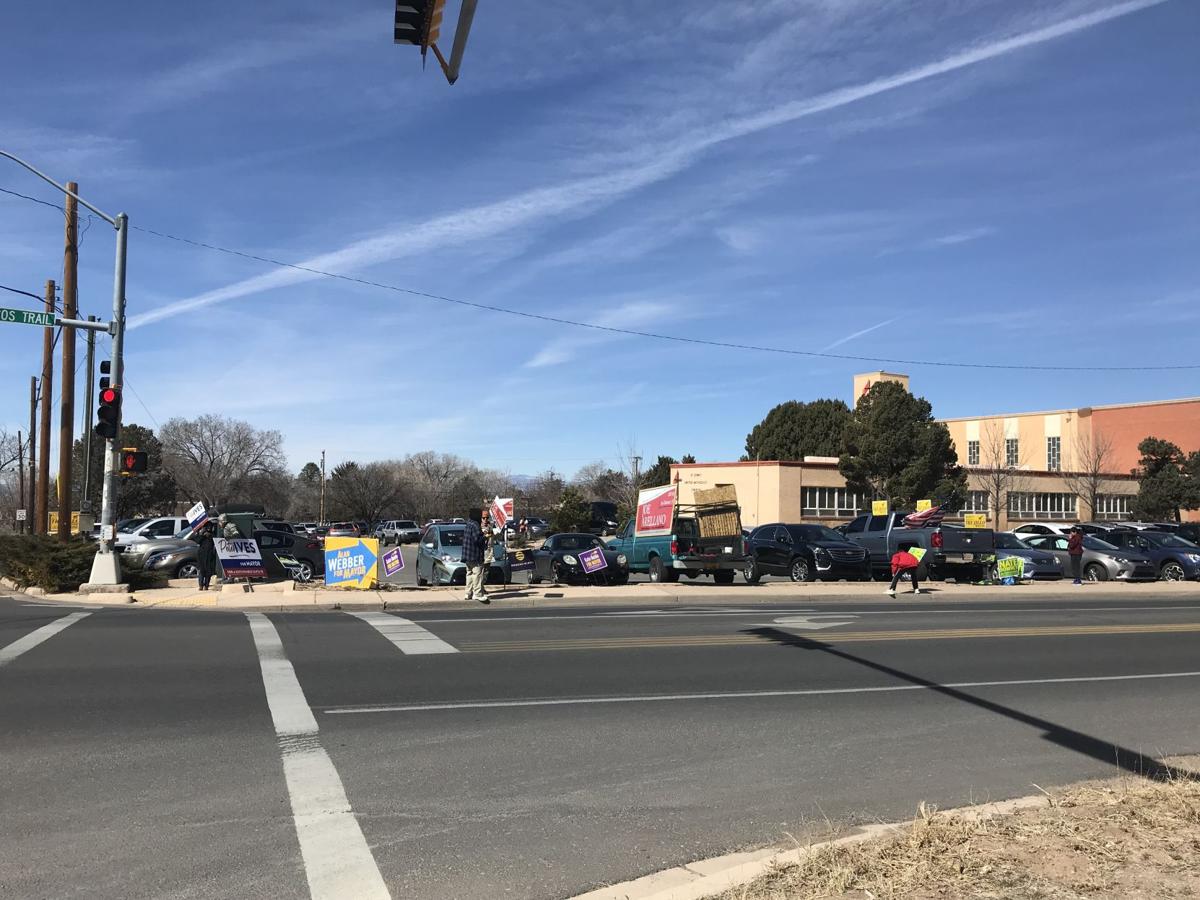 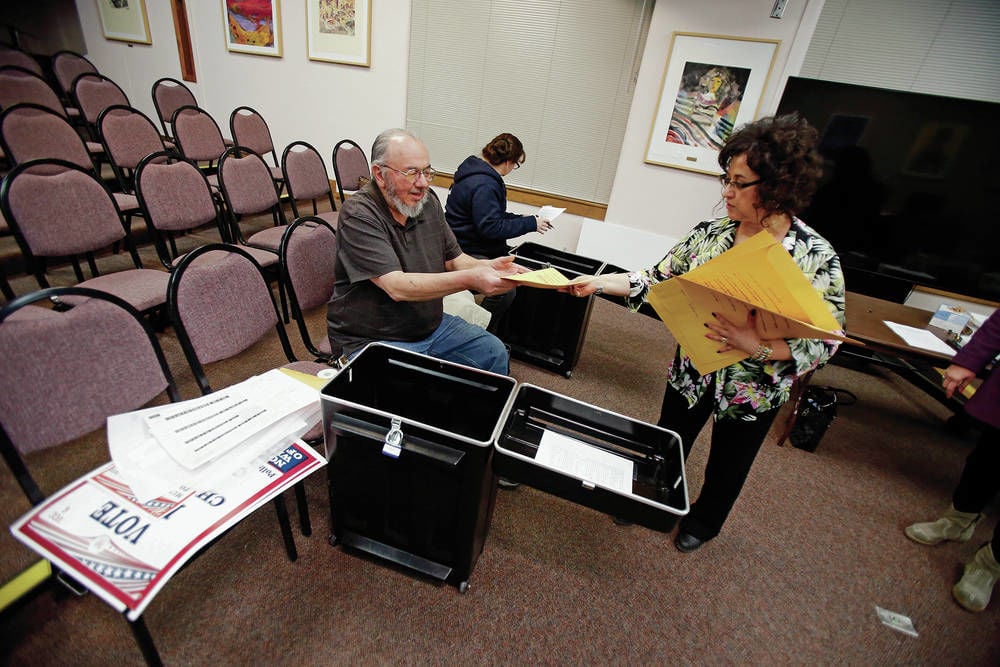 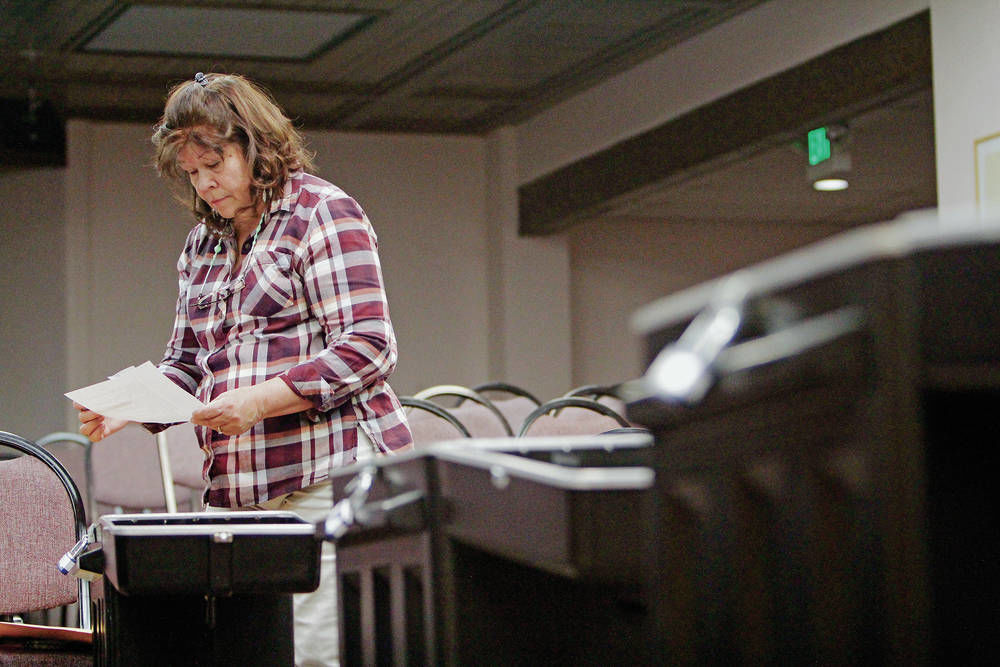 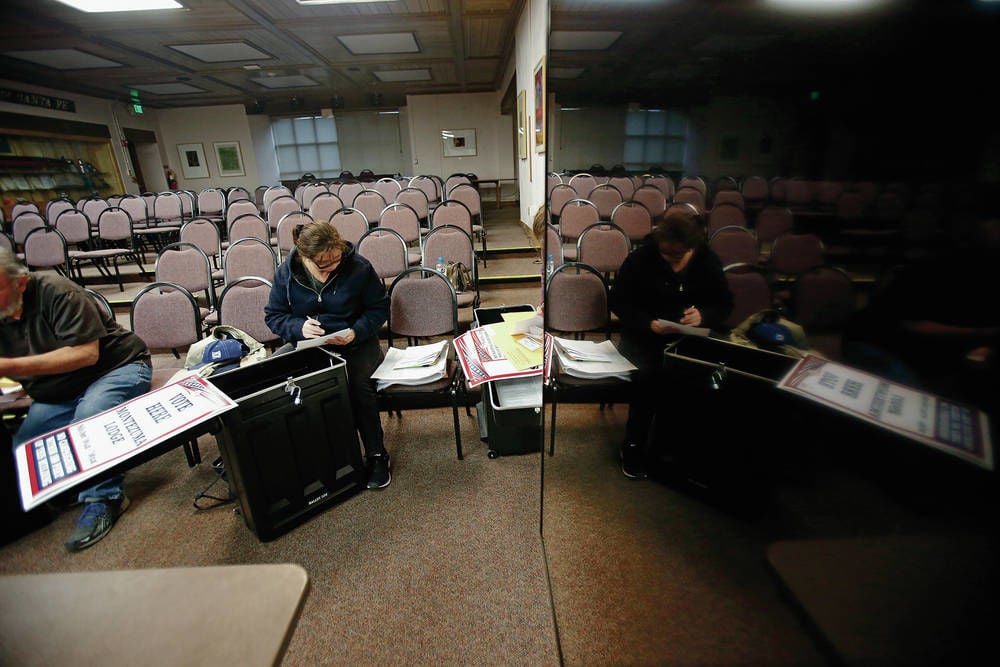 Cyndi Catanach, presiding judge at the Montezuma Lodge, goes through her voting materials Monday while picking them up at City Hall. Luis Sánchez Saturno/The New Mexican 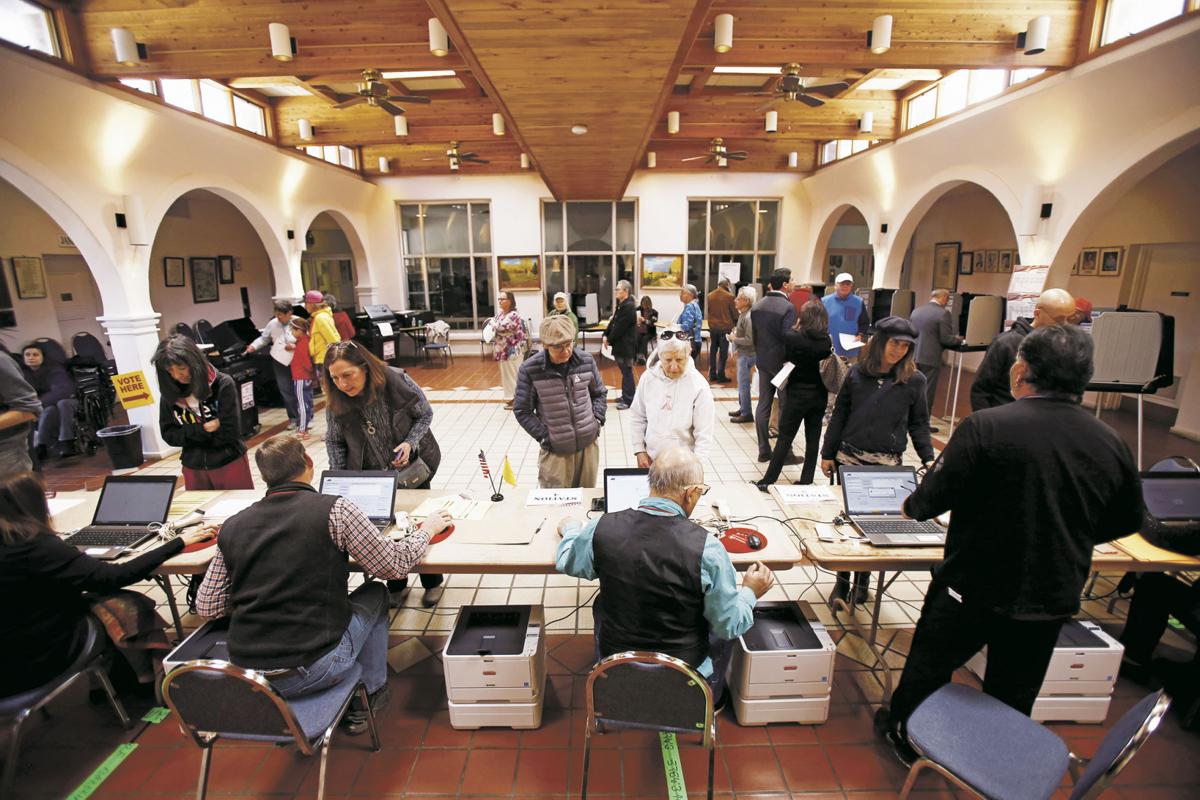 Cyndi Catanach, presiding judge at the Montezuma Lodge, goes through her voting materials Monday while picking them up at City Hall. Luis Sánchez Saturno/The New Mexican

Steady streams of voters have taken to the polls Tuesday to elect a new mayor and decide four city-council races in Santa Fe's first election under a ranked-choice voting system.

The new system has been the source of controversy over recent months, first stemming from legal challenges to the plan and then in the efforts to educate the public on the intricacies on the system.

Voters who spoke with The New Mexican on Tuesday had a range of opinions on the using the system but did not report problems casting their ballots.

"I like being being able to actually be like 'This is my first choice and this is my second choice,'" said Dylan Wilson, a teacher in Santa Fe . "I do think that is kind of neat."

"I don't like it," said David C'de Baca, a Santa Fe retiree. "I think the person who gets the most votes should win. One vote takes all."

Video: Voters speak on voting in the 2018 city election

The ranked-choice system will also usher in a raft of changes on how results are reported.

There will be no parceled-out reports of vote totals from the various polling places. No early-voting numbers to sift through for a sign of things to come.

The city clerk will simply stand in the City Council chambers and announce the winner.

Then we’ll find out how we got there — at least that’s the plan.

Twelve voting convenience centers are spread throughout the city. Beginning at 7 a.m., any registered city voter may cast a ballot at any of the centers, regardless of his or her precinct. City bus rides are free Tuesday and schools are closed.

When, exactly, is a bit of an open question.

If none of the candidates can claim 50 percent of the vote, the ranked choices on voters’ ballots will enter into the equation.

Proponents of the ranking system have called the format, which eliminates last-ranked candidates and redistributes their supporters according to their next-ranked choice, an “instant runoff.”

The results are indeed expected to be configured quickly: After each of the voting convenience centers returns its data to City Hall, the ranked-choice system’s software will be ready to go, city spokesman Matt Ross said.

The winner of the mayor’s race will be announced straight away — rather than in an as-they-come series of results from the different polling places, as has been the city’s custom.

When the result is in hand, City Clerk Yolanda Vigil will emerge into the city’s Election Night “show,” to be cablecast on the public access channel and livestreamed from the City Council chambers beginning at 7:30 p.m., and reveal the winner.

Vigil will then proceed through a round-by-round explanation of how the result was reached, using a spreadsheet projected onto a large screen.

“It’ll be a little bit of a hurry-up-and-wait, and then a lot of information all at once,” Ross said. “We’re confident that once we get everything back and uploaded, it’ll be fairly quick.

“But because we’ve never done it this way before, we want to be cautious with people’s expectations,” Ross added.

Also to be decided Tuesday are three contested City Council races. After the mayor’s race breakdown, Vigil will announce the winner of each council race in turn.

In the two races with three candidates, in which ranked choices could be a factor, Vigil will proceed with a round-by-round walkthrough there, as well.

Wrestling for the open seat in the southeast side District 2 are lawyer Carol Romero-Wirth and businessmen Joe Arellano and Nate Downey.

By the end of the night, no matter which way the results go, the city will have a radically reshaped governing body, with as many as five new members slated to take spots on the nine-seat dais.

The man or woman in the mayor’s chair will have newly enhanced authority over top administrative personnel, as provided for in a 2014 charter amendment, and will oversee next steps in addressing the city’s affordable housing crisis, economic development initiatives and what will come of the soon-to-be-vacant Santa Fe University of Art and Design campus.

The mayor-elect and new councilors-elect are scheduled to be sworn in Monday.

There are 54,152 registered voters within city limits. As of Friday, the end of the early voting period, 7,056 had cast ballots.

In District 4, the south-central part of town, 1,893 residents voted early.

In the contentious 2017 special election to tax sugar-sweetened beverages, 19,920 of 53,015 registered voters cast ballots, a turnout of 38 percent.

City candidates at a glance

Elections are being held today for mayor and for councilors in four Santa Fe districts. Results from the election will be posted on santafenewmexican.com tonight.

Any registered city voter can cast a ballot at any of the following locations from 7 a.m. to 7 p.m.:

WHAT’S UP WITH THE BALLOT?

So you’re just tuning in to the Santa Fe city elections now.

You may rank as many or as few candidates as you like. If you do not rank the full slate of candidates, the vote-tabulation machine will prompt you with a notification asking if you intend to submit your ballot as is.

If your top-ranked candidate is eliminated, and you have not ranked another candidate to which your vote can be transferred, your ballot is “exhausted,” meaning it cannot continue into the next round of counting.

To examine practice ballots and learn more about the format, visit votedifferentsantafe.com.

The city will host an Election Night show from City Hall at which the results will be announced and explained.