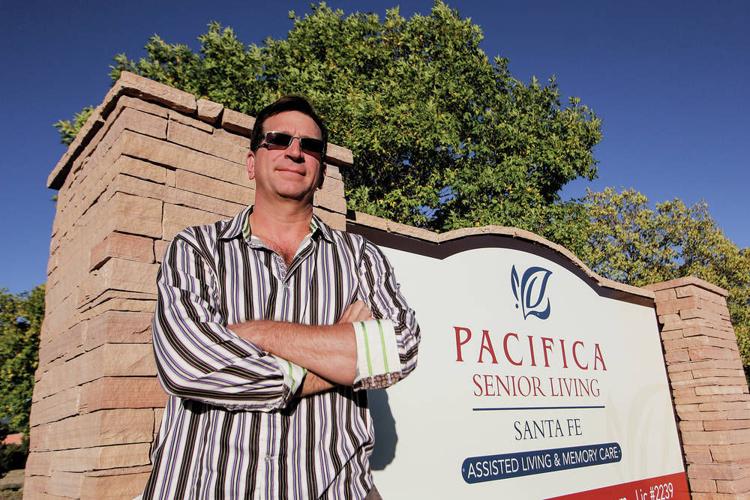 Taylor Selby stands outside the Pacifica Senior Living facility Wednesday. Selby is involved in a wrongful death lawsuit regarding the facility and the death of his father, Terry Selby. ‘It was an expensive facility, and we were under the impression that they would take care of him. It seems like they took their corporate profits more seriously than they took their care for residents,’ Taylor Selby said. Gabriela Campos/The Santa Fe New Mexican 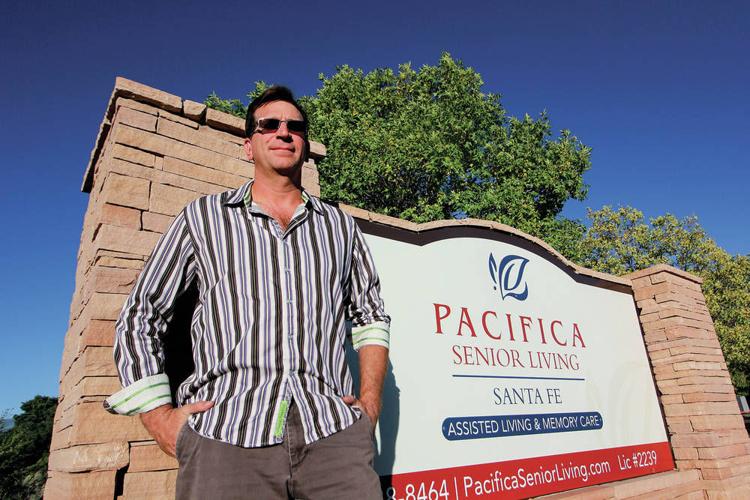 Taylor Selby stands outside the Pacifica Senior Living facility Wednesday. Selby is involved in a wrongful death lawsuit regarding the facility and the death of his father, Terry Selby. Gabriela Campos/The Santa Fe New Mexican

Taylor Selby stands outside the Pacifica Senior Living facility Wednesday. Selby is involved in a wrongful death lawsuit regarding the facility and the death of his father, Terry Selby. ‘It was an expensive facility, and we were under the impression that they would take care of him. It seems like they took their corporate profits more seriously than they took their care for residents,’ Taylor Selby said. Gabriela Campos/The Santa Fe New Mexican

Taylor Selby stands outside the Pacifica Senior Living facility Wednesday. Selby is involved in a wrongful death lawsuit regarding the facility and the death of his father, Terry Selby. Gabriela Campos/The Santa Fe New Mexican

Terry Selby had been living at Pacifica Senior Living Santa Fe for less than four months when he fell from his bed one night in September 2015 and hit his head. A small lump formed on the back of his skull, a medical technician at the center noted in a report, but he was returned to bed.

Two weeks later, a worker at the center found Selby, an Alzheimer’s patient in his early 70s, on the floor again, complaining of pain and unable to get up, with bruises visible along his shoulders, back and hips. He was given Tylenol, records show. But he soon stopped eating, rarely spoke and began breathing in rapid, open-mouthed gasps.

On the morning of Oct. 27, nurses found him unresponsive in his bed. He died a few hours later.

An autopsy listed the cause of Selby’s death as blunt-force head trauma, and a state medical investigator wrote that Selby likely had bleeding in his brain for more than a month.

His daughter, Traci Silverberg, who filed a lawsuit last week against Pacifica in the state’s First Judicial District Court in Santa Fe, said in an interview with The New Mexican that the home should have taken her father to a hospital immediately after his first fall.

The oversight that led to the death of a man whom Silverberg described as strong and capable before he was admitted to Pacifica wasn’t an isolated incident, she said.

In her wrongful death lawsuit, Silverberg said Pacifica’s failure to prevent her father from falling and its failure to provide him with immediate medical attention were part of a pattern of negligence and abuse at the facility. During his few months at the home, she alleges, Selby rapidly lost weight, was given medication unsafe for people with dementia and was not properly monitored for a blood condition.

“It seemed like the people there weren’t as skilled as they should have been for taking care of people,” Selby’s son, Taylor Selby, told The New Mexican. “It was an expensive facility, and we were under the impression that they would take care of him. It seems like they took their corporate profits more seriously than they took their care for residents.”

State Health Department inspections records show the facility, under both Pacifica and its former owner, Texas-based Rosemont Retirement Communities, has a history of serious violations and recurring problems.

Between 2004 and 2017, the facility was visited 20 times by state inspectors, who found 74 violations. Within that 13-year period, there were five years in which no inspections occurred.

In March 2015, three months before Selby was admitted, the facility had received its highest number of citations in a single inspection, with 23 violations of state regulations.

Pacifica acquired the home in 2013, after Rosemont defaulted on more than $7 million in loans, The New Mexican reported at the time.

Records show that in 2014, in a case similar to Selby’s, a woman at the home fell and hit her head and was not taken to the emergency room. She died soon after.

A Health Department spokesman said Wednesday he could not comment on penalties accrued by Pacifica.

Silverberg’s suit underscores a long history of problems at nursing homes and assisted living facilities throughout New Mexico, including in Santa Fe County, whose aging population far outpaces the state and nation’s, according to recent census data.

A database compiled by ProPublica, an investigative nonprofit news organization, shows care facilities in New Mexico that accept low-income patients covered by the federal Medicare and Medicaid programs are tied with Kentucky for having the nation’s highest average rate of deficiencies per home.

In Santa Fe, just two homes accept Medicare and Medicaid patients, and both have faced repeated citations from federal and state agencies. Last month, federal officials sanctioned one of them, Casa Real, barring the home from seeking reimbursements for new patients.

Pacifica Senior Living, a private adult care facility on Galisteo Road with about 60 residents — a third of them in a memory care center for dementia patients — boasts on its website of spacious apartments, an on-call chauffeur and peace of mind for families. It charges upwards of $4,000 a month for resident care.

“You’ve taken care of others and worried about their welfare — now it’s time to relax and let someone else start looking out for you,” the website says.

Silverberg alleges in her lawsuit that Pacifica has misrepresented the quality of its care.

Listed in the lawsuit is Deepak Israni, president and CEO of the home’s owner, San Diego-based Pacifica Cos., which owns elderly care homes, townhouses and other properties across the U.S., in India and in Mexico.

Pacifica administrator Scott Geyer said he was not aware of the lawsuit, but said, “I can certainly assure that we follow New Mexico state regulation.”

The state did not conduct an inspection of Pacifica in relation to Selby’s death.

Silverberg said she learned after her father’s death, through medical records, that Selby had lost nearly 80 pounds in the few months he was in Pacifica’s care, but she was never informed of his rapid weight loss.

A former radio producer in Telluride, Colo., Selby was diagnosed with Alzheimer’s in 2010 and lived with Silverberg for five years before entering Pacifica.

“My dad did not need much assistance aside from management for his medication,” she said. “He could bathe himself, he could feed himself, he was a strong person capable of all movements. … He still recognized us all, and he could have conversations with us. His brain just didn’t work right.”

Silverberg said she was promised he would be cared for at Pacifica. “It was just wrong what they did.”

Her brother agreed. “I hope they will change their policies,” Taylor Selby said, “so other people don’t have to experience what my family has experienced.”

Clarification: This story has been amended to reflect the following change: An earlier version incorrectly listed Pamela Hovden as the administrator of the facility at the time of Terry Selby’s death and as a defendant in the case. The lawsuit has since been amended, removing Hovden as a defendant, because the plaintiffs determined she was not the facility's administrator when Selby died. Hovden had left the position before Selby's death.

Grieving the loss of a beloved pet

A shocking loss; a chance to create a conversation