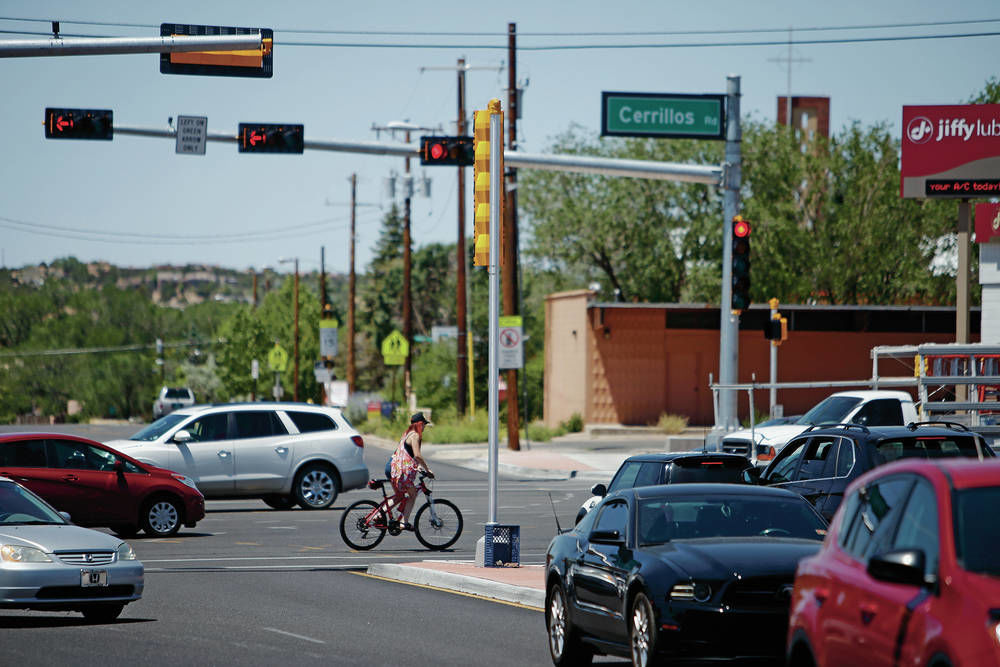 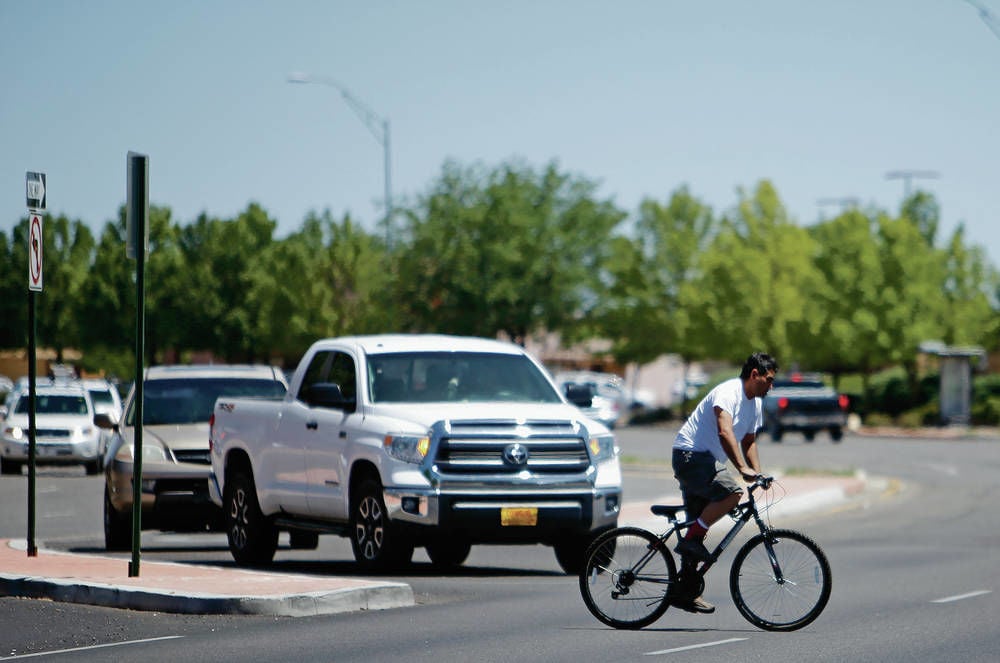 A cyclist crosses St. Michael’s Drive on Monday. Crashes involving bicycles went up 67 percent from 2016 to 2017, then down 16 percent from 2017 through this year. Police say the data showing that aren’t enough to illustrate a trend, but any decline is positive. Luis Sánchez Saturno/The New Mexican 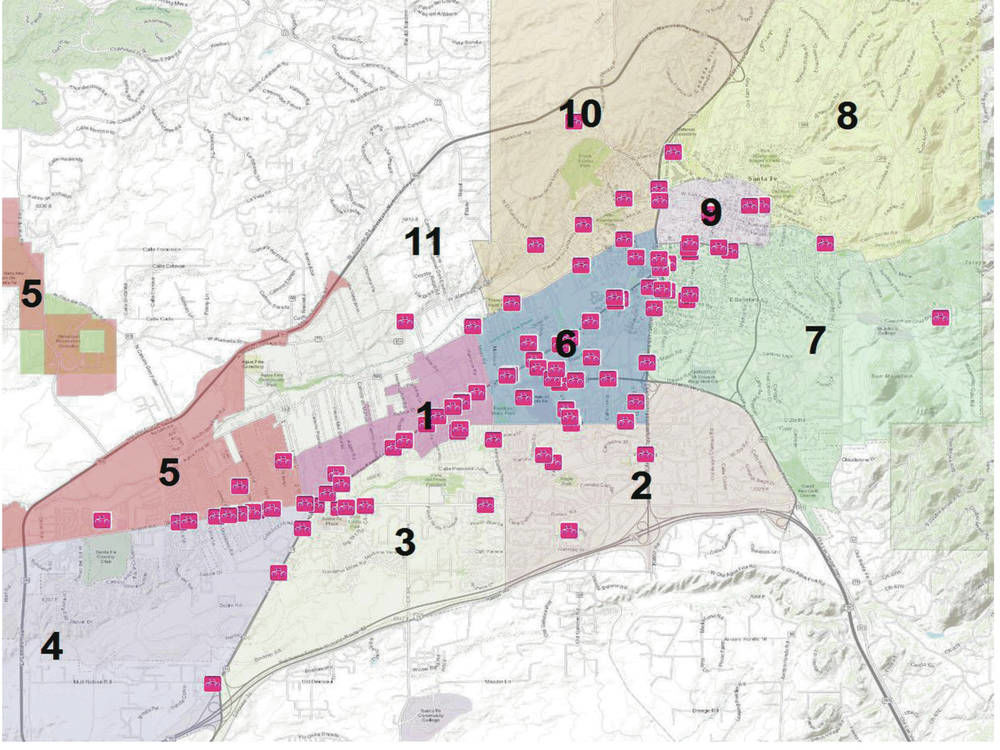 A cyclist crosses St. Michael’s Drive on Monday. Crashes involving bicycles went up 67 percent from 2016 to 2017, then down 16 percent from 2017 through this year. Police say the data showing that aren’t enough to illustrate a trend, but any decline is positive. Luis Sánchez Saturno/The New Mexican

Bicycle crashes in Santa Fe are overwhelmingly concentrated in the city’s central “triangle,” where its busiest roadways intersect, according to a new Santa Fe Police Department analysis.

Other findings in the police study: Cyclists involved in a crash are much more likely to be male, most accidents occur on weekdays between 3 p.m. and 6 p.m., and the most common factor is a driver or cyclist failing to yield.

Although a single-year downturn heading into 2018 is not enough for a trend, “a decrease, however small, may be considered positive,” according to the study.

The data returned zero incidents classified as fatalities; an injury was reported in at least 63 incidents, or 57 percent.

The report, conducted by a crime intelligence analyst with the police department, is only “a beginning to determining the traffic interaction between the motoring and bicycling community of Santa Fe,” the report says, and will require another year of data and another analysis to produce statistically significant results.

Still, the study suggests the shape of Santa Fe bicycle safety in different parts of the city as the weather improves and more riders hit the road.

“I think this [study] was far overdue for our city,” said Sgt. Chris McCord of the police department’s bicycle patrol team.

Male cyclists were involved in 81 percent of the crashes.

Thirty percent of the accidents occurred in a central area bordered by St. Francis Drive, Agua Fría Street and Siringo Road. This trapezoidal part of the city — called the “triangle” in the police analysis — includes the busy roadways Cerrillos Road and St. Michael’s Drive, as well as the city’s busiest intersection at Cerrillos and St. Francis Drive.

The next-ranked area in the analysis is a section of Cerrillos Road and surrounding side streets from Camino Carlos Rey and Airport Road, where 15 percent of crashes occurred.

Almost two-thirds of citywide crashes occurred at an intersection. By far, the leading contributing factor to an accident involving a cyclist was a failure to yield the right of way — on either the driver’s part or the cyclist’s. A third of accidents were caused by this error. The next leading factor was driver inattention at 19 percent.

“It seems to me the biggest challenge is human behavior,” said city Councilor Mike Harris, “whether you’re behind the wheel or riding on two wheels.”

The lack of consistent lane markings across the city makes it difficult to cite one party or another, said McCord.

“Some are clearly defined as a bike lane,” McCord said. “The majority are not. And there’s very little signage.”

McCord said improved signs for motorists and cyclists alike was one quick fix the city could make on its own.

“If there’s no signs, I cannot enforce,” he said. “If it does not say ‘bike lane,’ I cannot act and cite somebody for violating that. It pretty much ties our hands.”

McCord floated the idea of the city working with bike shops to produce educational pamphlets or a video with safety tips.

“If you’re out riding and you consciously put forth that effort to act as a motor vehicle — that means signaling, stopping when you’re supposed to, not riding on the sidewalk — I think that number [of crashes] will reduce,” he said.

“This is just the beginning,” he said.