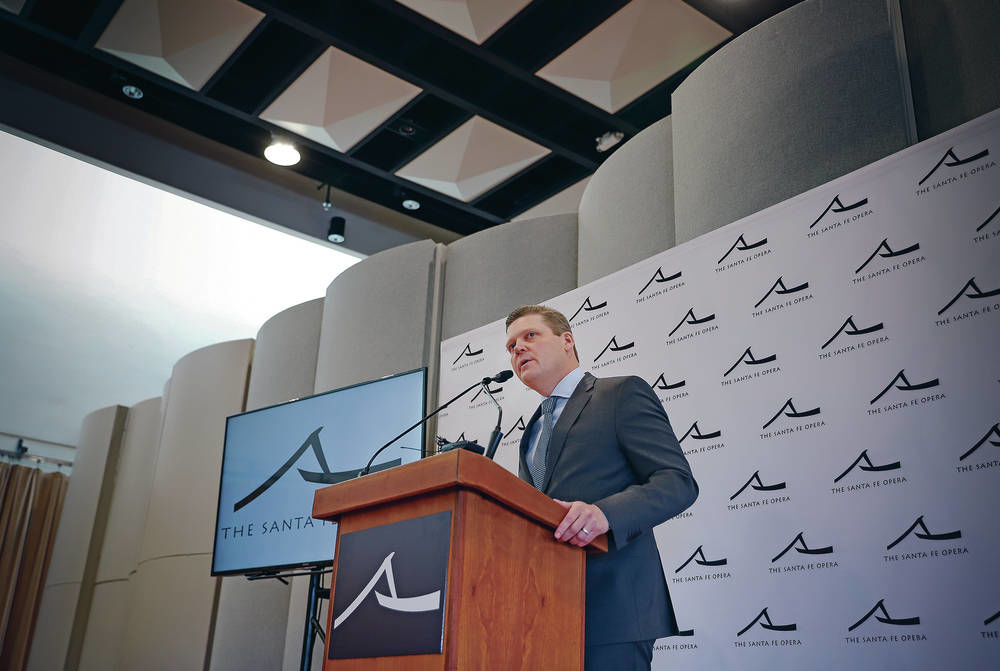 Santa Fe Opera General Director Robert Meya on Wednesday announced the lineup for the 2020 season and revealed the 2019 season poster, which, in a first for SFO, features a Georgia O’Keeffe painting. Gabriela Campos/The New Mexican 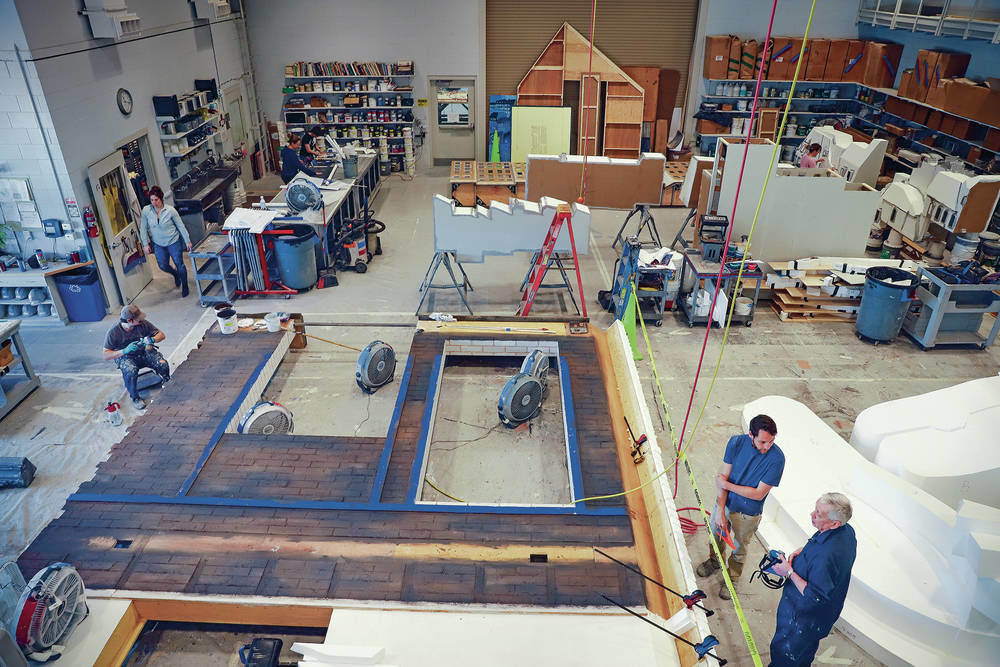 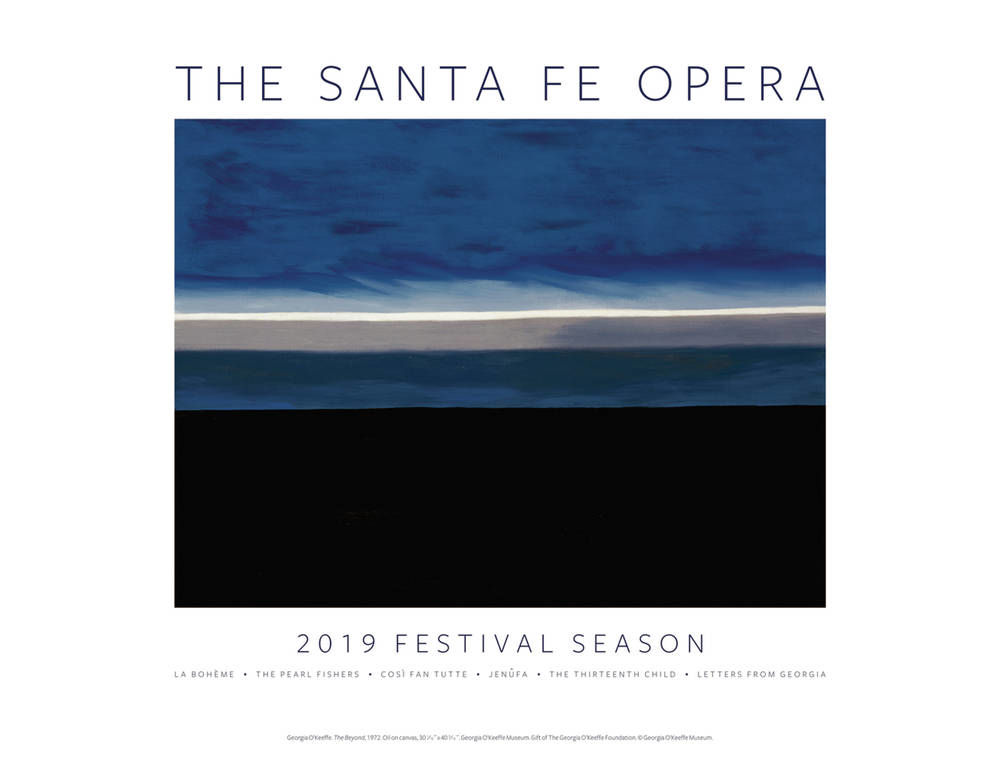 Santa Fe Opera General Director Robert Meya on Wednesday announced the lineup for the 2020 season and revealed the 2019 season poster, which, in a first for SFO, features a Georgia O’Keeffe painting. Gabriela Campos/The New Mexican

The world premiere of M. Butterfly — an opera based on a Tony-winning spin of Puccini’s beloved Madama Butterfly — anchors the Santa Fe Opera’s 2020 season, which was announced Wednesday.

The world-renowned company’s 64th season opens July 3, 2020, with Rossini’s The Barber of Seville. This classic of opera repertoire is followed by other favorites: Mozart’s The Magic Flute and Richard Wagner’s epic Tristan und Isolde.

The season continues with the darkly beautiful Rusalka (music by Antonín Dvorák and libretto by Jaroslav Kvapil) and finally, M. Butterfly (music by Huang Ruo and libretto by the play’s author, David Henry Hwang).

All but The Magic Flute are new productions for the Santa Fe Opera.

“We’re building on the extraordinary legacy of my predecessor, Charles MacKay, who really championed commissioning during his tenure,” said Robert Meya, who became general director in October.

The presence of Wagner in the lineup comes straight from Meya, as well as artistic director Alexander Neef and music director Harry Bicket, who were elevated to their positions in 2018.

“I have long felt that Wagner has been underrepresented at the Santa Fe Opera,” said Meya of Tristan und Isolde. “The only opera by Wagner performed here previously was The Flying Dutchman, in 1988.”

This summer, the Santa Fe Opera kicks of a three-year run of world premiere commissions featuring opera all-stars, onstage and off.

The first, on July 27, is The Thirteenth Child (music by Poul Ruders and libretto by Becky and David Starobin), which was inspired by Grimms’ fairy tales, said Meya, who described it as “Harry Potter meets Alfred Hitchcock.”

“Contemporary works and new commissions resonate with new audiences and with younger audiences,” he said, “particularly when the subject matter is something they can identify with. By picking themes that are familiar or contemporary, all of a sudden you see the barriers for audience members disappear.”

The premieres continue in 2020 with the gender-bending story M. Butterfly, based on Hwang’s true story of a French diplomat’s ruinous affair with a Peking opera singer.

The following year, The Lord of Cries (music by John Corigliano and libretto by Mark Adamo) borrows from the Euripides classic The Bacchae and Bram Stoker’s Dracula to explore man’s animal nature. Only his second opera, the composer is perhaps best known for his Oscar-winning score for François Girard’s film The Red Violin (1997).

The new system, which launches June 28, was designed and developed in-house by opera staff and volunteers using open-source programming.

On Oct. 26, Sweet Potato Kicks the Sun premieres at the Lensic Performing Arts Center. Composed by Augusta Read Thomas and written by Leslie Dunton-Downer, the opera is the first product of Opera for All Voices: Stories of Our Time, a program supported by seven North American opera companies that co-commission and co-produce new operatic works for audiences of all ages. Nicole Paris, a musician who became a beatboxing sensation after a 2015 YouTube video went viral, will appear.

“These new works are shorter in length and accessible to younger audiences,” Meya said, “but we also want to champion more diverse perspectives and voices. We really think that new opera should be reflective of society rather than something that can be found in a museum.”

Board President Susan G. Marineau also announced the debut of the Pueblo Arts Collaborative, which aims to foster “new possibilities and opportunities to create, share and learn from one another, both on and off the Santa Fe Opera stage.” In 2018, members of the Tesuque, San Ildefonso and Santa Clara pueblos performed an authentic “healing” Corn Dance as part of the company’s production of John Adams’ Doctor Atomic. The potential partnerships, Marineau said, are in a “visioning process.”

The Santa Fe Opera’s 2019 season program and poster will be the first to feature a painting by Georgia O’Keeffe. The use of The Beyond, a 1972 landscape, represents a collaboration between the opera and the Georgia O’Keeffe Museum.

The work was chosen partly because of this season’s Letters from Georgia, a 2016 song cycle by composer Kevin Puts. Superstar soprano Renée Fleming will sing the work in a sold-out performance Aug. 10.

“The Beyond is a captivating image that spoke to us immediately,” Meya said. “It feels like twilight at the Santa Fe Opera, when you’re looking out through the back of the stage.”

• The Barber of Seville (Gioachino Rossini)