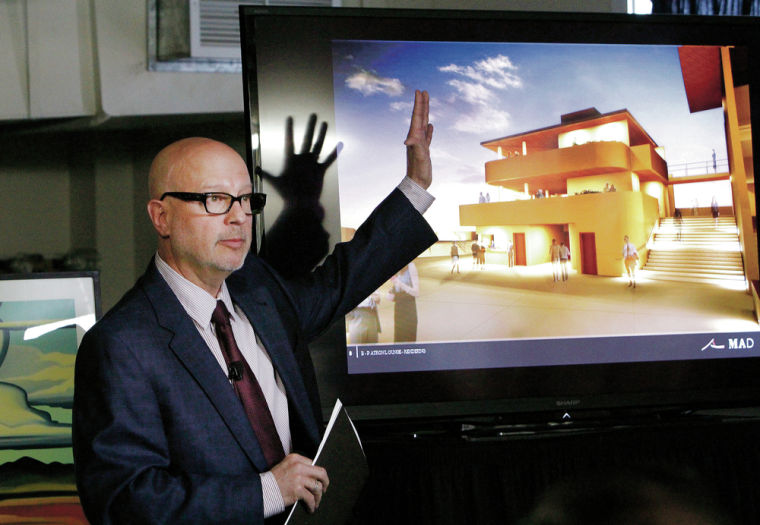 Paul Horpedahl, production and facility director for The Santa Fe Opera, speaks during a news conference Tuesday about the 2015 season and all the new renovations planned at the opera. Jane Phillips/The New Mexican 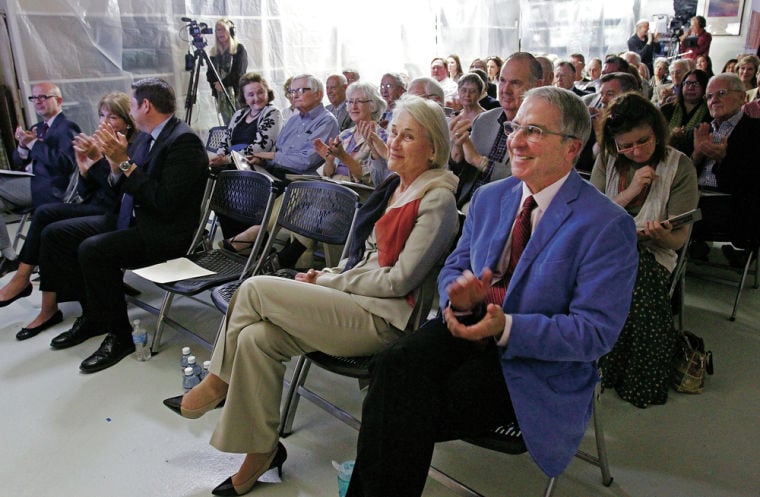 A crowd gathers for a news conference Tuesday to learn about The Santa Fe Opera’s 2015 season. Jane Phillips/The New Mexican 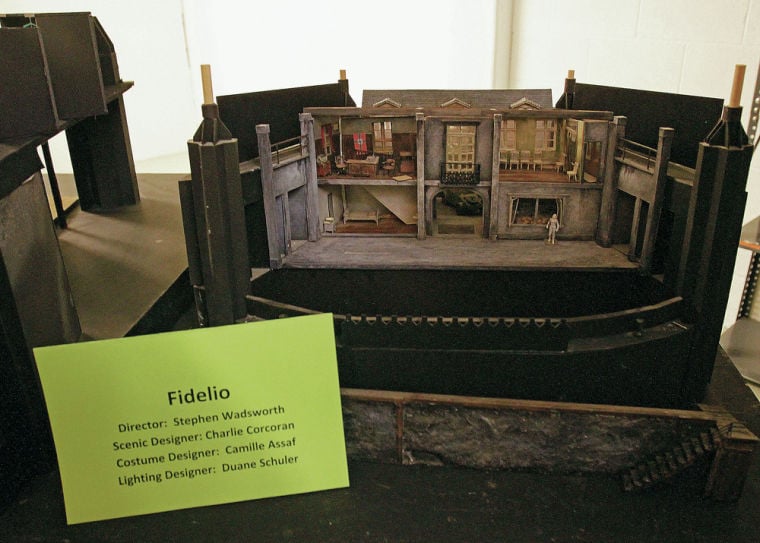 Paul Horpedahl, production and facility director for The Santa Fe Opera, speaks during a news conference Tuesday about the 2015 season and all the new renovations planned at the opera. Jane Phillips/The New Mexican

A crowd gathers for a news conference Tuesday to learn about The Santa Fe Opera’s 2015 season. Jane Phillips/The New Mexican

The world premiere of Cold Mountain, an opera by Jenifer Higdon that’s based on Charles Frazier’s best-selling Civil War novel, will be one of the highlights of The Santa Fe Opera’s 2015 season.

In its first ever live-streamed news conference from an unglamorous auxiliary dressing room, the opera’s general director, Charles MacKay, announced SFO’s productions for next year, reported on the company’s finances and described a $23 million overhaul that will begin at the end of the current season.

In addition to Cold Mountain, commissioned by SFO, Opera Philadelphia and Minnesota Opera, the lineup includes Gaetano Donizetti’s The Daughter of the Regiment, conducted by Speranza Scappucci, with Anna Christy and Kevin Burdette (from 2011’s comedy The Last Savage). It has never been performed at SFO.

Other productions include Giuseppe Verdi’s Rigoletto, with conductor Jader Bignamini in his American debut and three young Americans in the cast; Richard Strauss’ Salome, with Alex Penda (Lenore in this season’s production of Fidelio) in the title role; Wolfgang Amadeus Mozart’s La Finta Giardiniera (sometimes known as The Pretend Gardener), one of the composer’s lesser-known comedies, with former apprentice artist Susana Phillips singing Arminda.

Cold Mountain, a romantic tragedy that resets Homer’s Odyssey in 19th-century America, is about a Confederate army deserter, sung by baritone Nathan Gunn, who leaves his hospital room and walks across the state to his home at Cold Mountain to reunite with his love, Ada, sung by mezzo-soprano Isabel Leonard. Both are returning SFO artists.

The opera will be presented here on the 150th anniversary of the end of the American Civil War. It is scheduled to be performed in Philadelphia in February 2016 and in Minnesota at a date to be decided.

While opera companies elsewhere are suspending operations, cutting performances and reducing training and educational opportunities, MacKay said on the “high desert mesa,” SFO’s finances are in good shape. Ticket sales for this season are on par with last year. As of May 1, the opera had sold $4.8 million in tickets.

Outgoing board President Susan Morris also announced that the opera had raised $24.5 million toward its $35 million campaign, which includes $23 million for the three-year construction project.

In other news, MacKay said Donald Palumbo, the chorus master of the Metropolitan Opera, will be in Santa Fe for four weeks at the beginning of the summer to work with young singers and offer vocal coaching and master classes.

And two of this season’s operas are co-productions with other companies. Don Pasquale is going to both the Gran Teatre del Liceu in Barcelona and the San Francisco Opera, and Dr. Sun Yat-sen to the Vancouver Opera. Such arrangements are important sources of income for the company, MacKay said, explaining, “It makes huge sense to share resources and extends our brand into other markets.”

Mayor Javier Gonzales commented on the positive impact SFO’s multi-year construction project will have on Santa Fe’s economy. To those listening to the live stream who already had their 2014 tickets, he encouraged them to “come with your credit cards.” And for those who haven’t yet made their reservations, he urged, “It’s worth your time.”

Gonzales, the opera announced, will be one of the celebrity judges in the tailgate contest held prior to the June 27 opening-night performance of Carmen. Diners are judged on food, decor and costumes and can win opera posters (this year by Santa Fe artist Dan Namingha), tickets and Champagne.