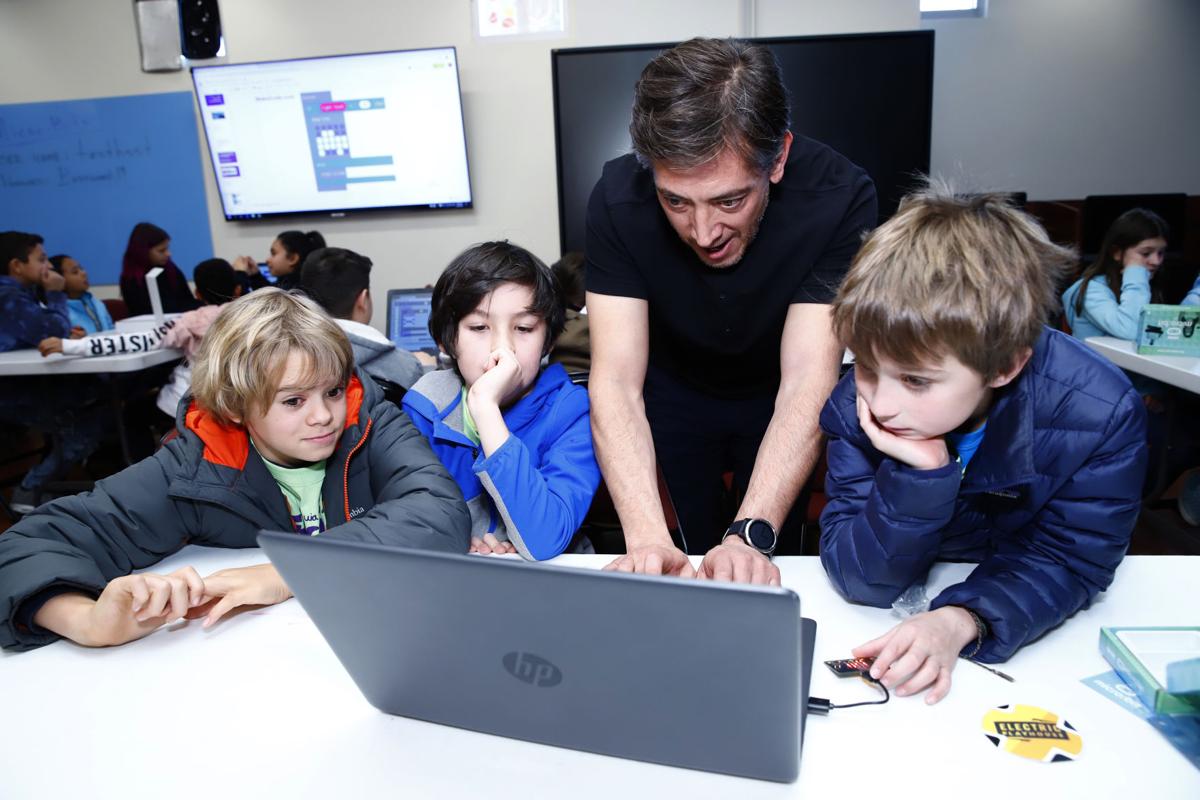 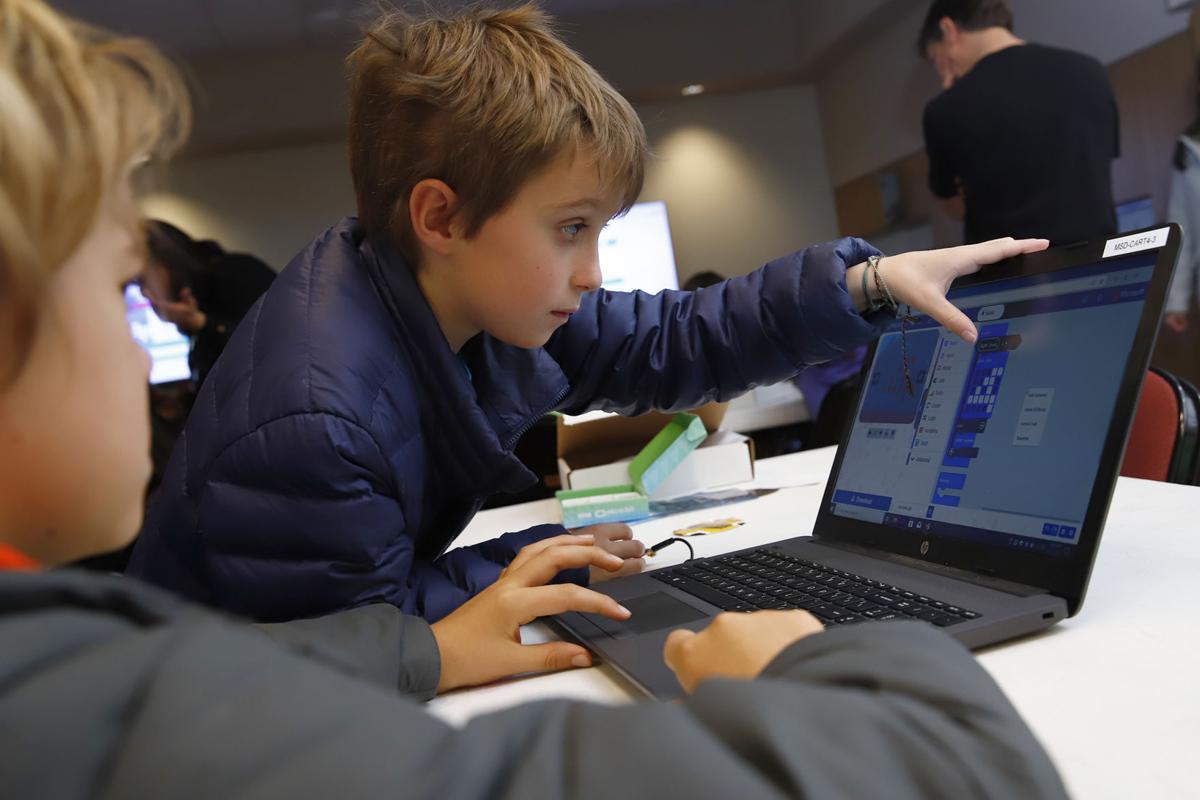 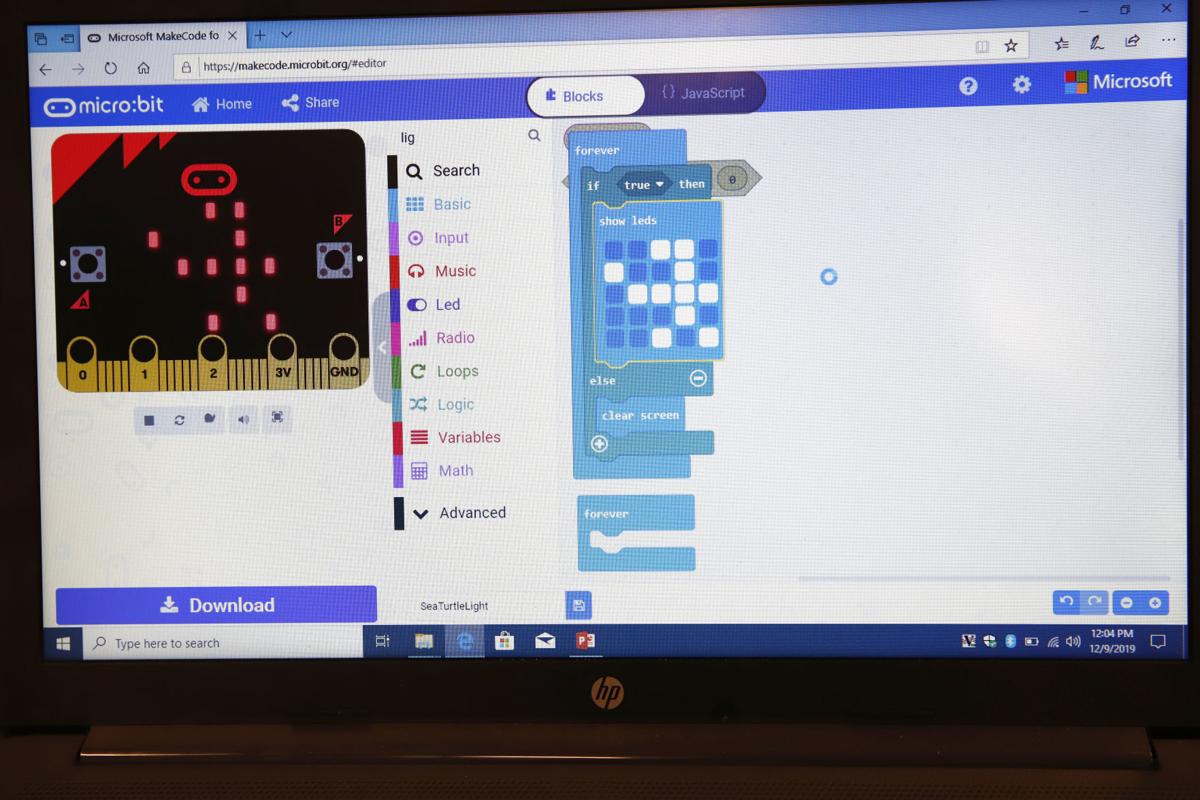 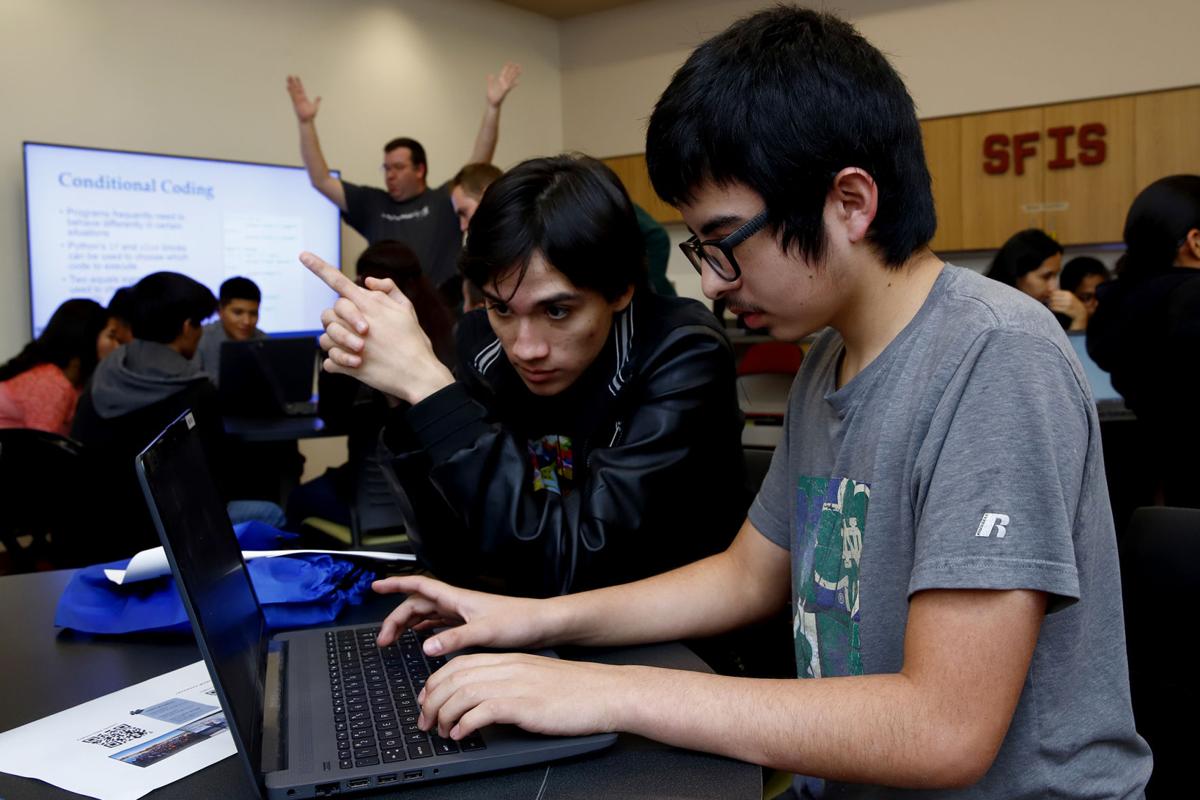 As a self-starting teenager fascinated by robotics, Ty Moquino taught himself programming languages and coding basics at home in Santa Clara Pueblo. At Santa Fe Indian School this year, the senior is studying computer science in a classroom for the first time.

“I’ve been interested in computer science for as long as I can remember. I grew up experimenting at my house,” Moquino said. “I would find tutorials online for different coding languages, but I always wanted a formal class. I want to program robots. I’m really interested in robotics, so whatever I do, I want to find opportunities to go out and learn how to do that.”

Toward that end, perhaps, Santa Fe Indian School on Monday played host to the kickoff of nationwide Computer Science Education Week — a joint effort between the Computer Science Teachers Association and Code.org, a nonprofit that promotes computer science classes through curriculums, teacher training and classroom materials.

In years past, the event took place at the New York Stock Exchange, the White House and Silicon Valley. The Computer Science Alliance — a nonprofit focused on expanding technology education in New Mexico — and Santa Fe Indian School computer science teacher Kate Sallah helped bring the event to Santa Fe. Organizers said they were drawn to a school that represents demographic and geographic diversity.

During the kickoff, technology professionals, teachers, and Lt. Gov. Howie Morales spoke about the need to bring coding and computer science education to more students like Moquino and his classmates, who are interested in but don’t always have access to the subject.

“I’m taking computer science this year because it seems sort of obvious that technology is going to be a big part of any future I might pursue. That’s what I want to study in college,” said Macalty Baca, a Santa Fe Indian School senior from Jemez Pueblo. “In core classes you may learn a new concept, but in computer science you can learn a new concept and apply it outside the classroom immediately at home with just a phone or laptop.”

According to Code.org, 23 percent of New Mexico’s public high schools teach computer science. Last school year, SFIS started a new computer science elective that uses a curriculum from Code.org during the fall semester and a dual-credit course through the University of New Mexico in the spring. Students learn to program code for small computers, games and apps.

“One myth out there is that we have to focus on reading and math because that is going to be on those standardized tests. I believe computer science needs to be part of our daily schedules and curriculum. We have to recognize that,” Morales said. “We’ve been chasing elusive student achievement scores when we should be chasing student engagement. Computer science gives us that opportunity to have student engagement.”

“I think computers are a little more interesting than other classes because you work directly with a couple different processes to solve a problem,” Lucero said as he programmed the Micro Bit to say “hi.”

“If you want the computer to do something you have to go find the right code. It doesn’t just give it to you. It’s problem solving,” added Urioste after lighting up a pattern on the Micro Bit. “I’m interested in programming robots in the future. Robots are going to be used in a lot of ways in the future.”

Across the hallway, Moquino, Baca and other high school students tried to write code to convert a string of words from all capital letters into lower case. Students worked in groups to troubleshoot different ways to solve the same problem.

“For me, computer science is engaging because it’s all subjects coalescing together,” Moquino said. “You can take bits from algebra class and reading class and use all that in your code as you continue on to innovate and develop more complicated things.”