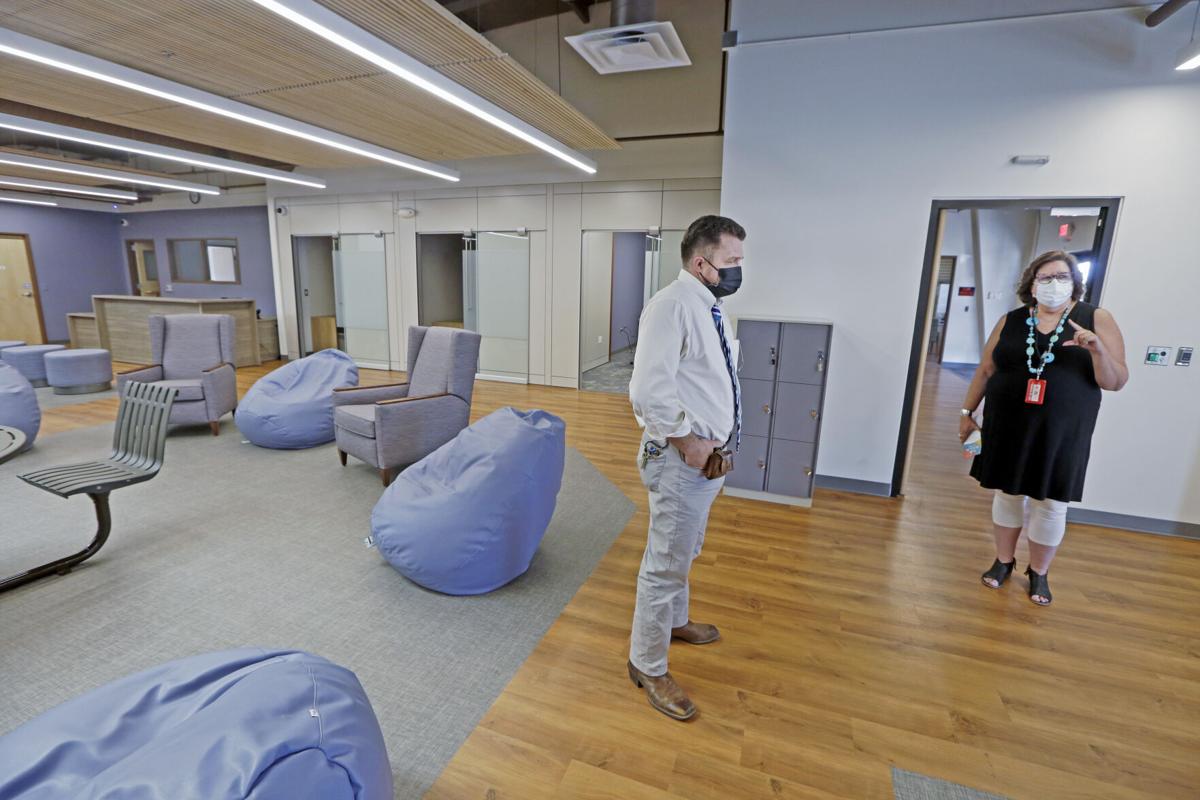 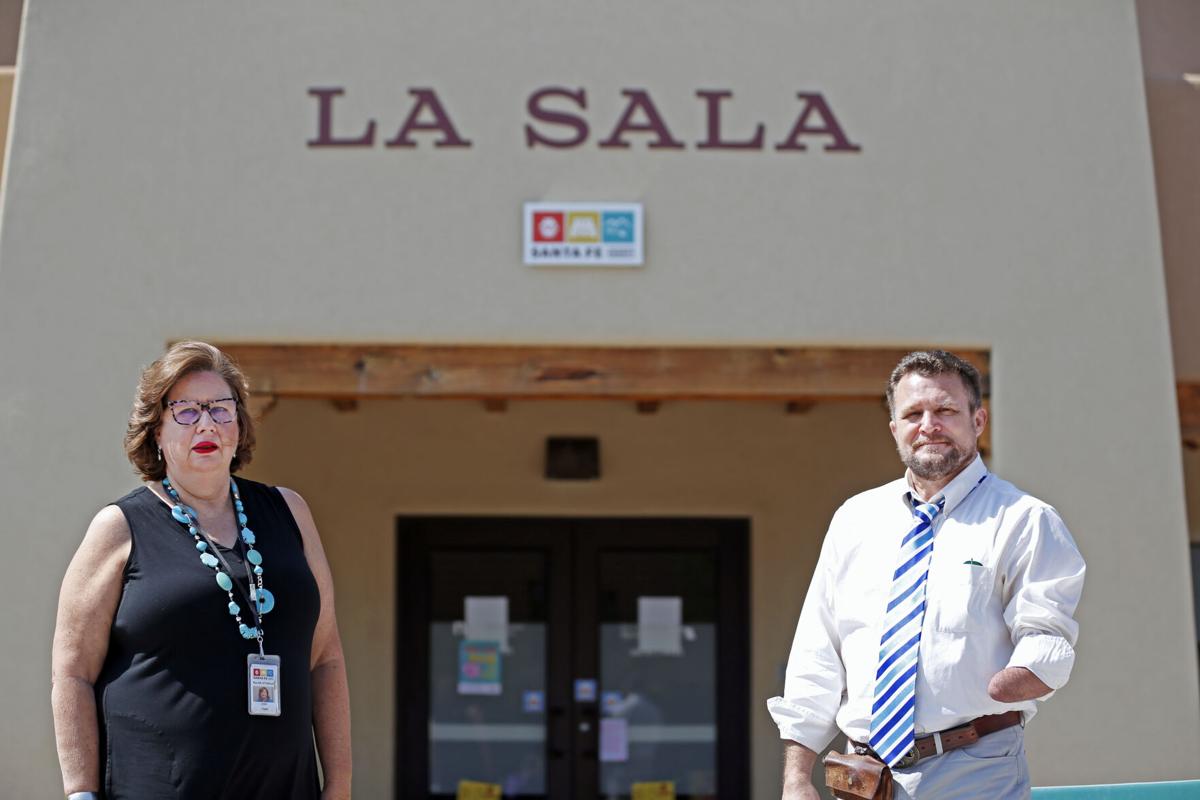 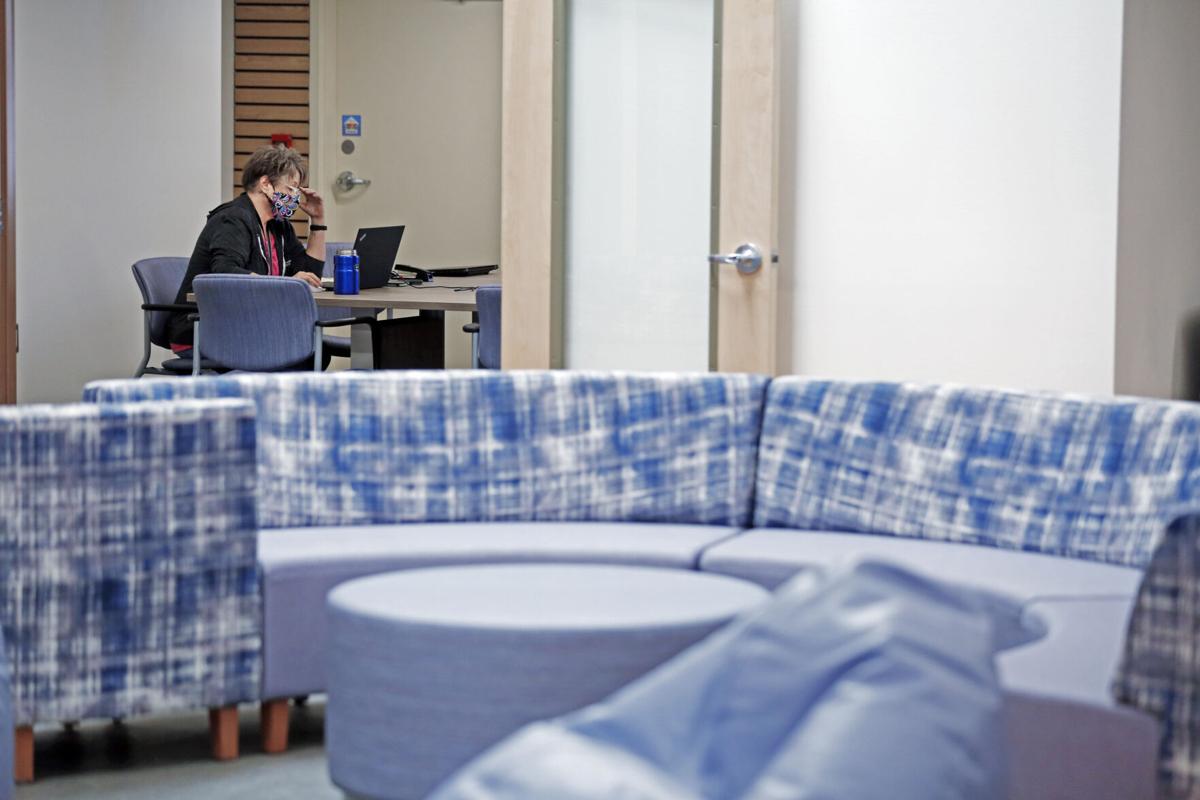 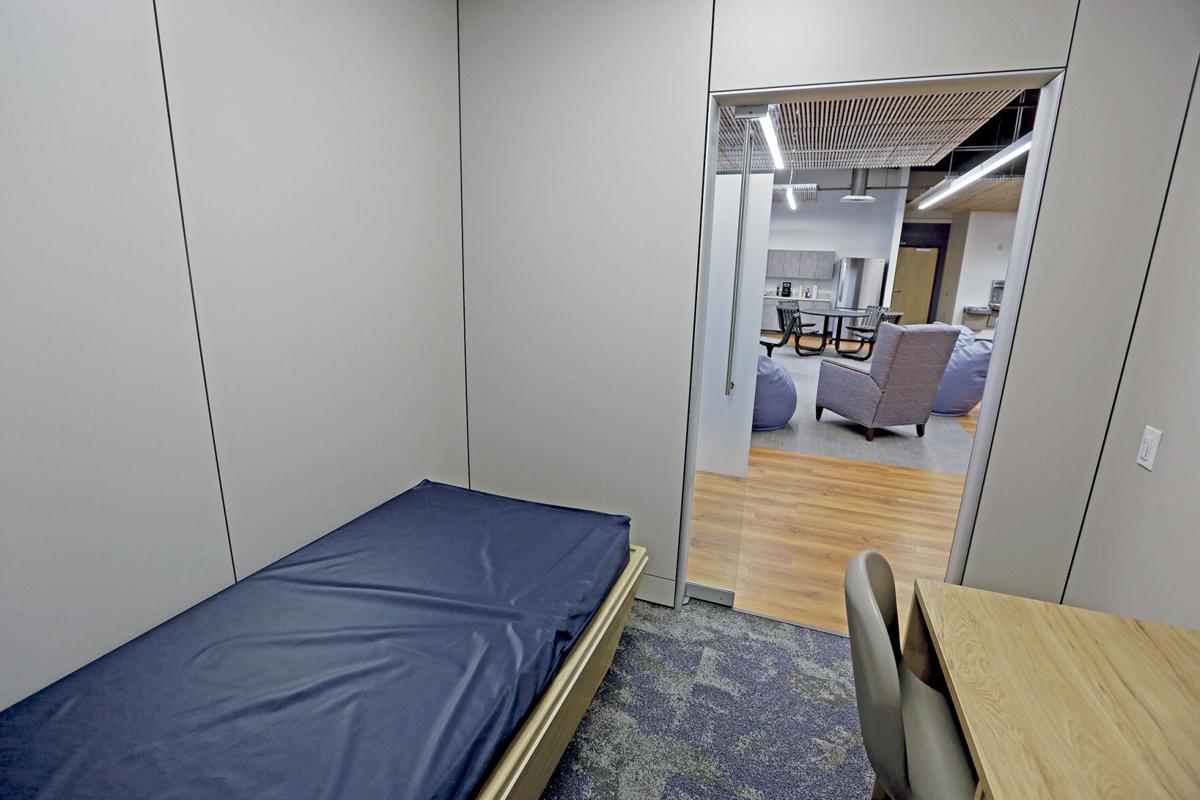 One of the meditation rooms at La Sala Crisis Center.

One of the meditation rooms at La Sala Crisis Center.

Santa Fe County’s new behavioral health center — a project years in the making and delayed by the coronavirus pandemic — finally has opened its doors for both inpatient detoxification services and outpatient crisis treatment under one roof.

The two separate facilities operating together as La Sala Crisis Center will allow providers to collaborate and offer a hybrid model of care, organizers say, citing psychiatric care for those who need it, as well as peer support and counseling.

La Sala’s array of services comes amid a new surge in coronavirus cases. Experts say the lingering pandemic has heightened the need for behavioral health care, in Santa Fe and nationwide, due to grief, isolation, job losses, shuttered schools and other anxiety-inducing effects.

“We did a lot of looking at other crisis centers in the Southwest,” Rachel O’Connor, the county’s director of health and human services, said on a Tuesday morning tour of La Sala. “When we asked, ‘What are the regrets you have?’ many of them said they were not paired with a detox center and wished they had been.”

The center’s first phase, the 27-bed detox facility, opened men’s and women’s dorms in late June for patients struggling with drug and alcohol addiction. Each patient is admitted voluntarily and can receive medical care and emotional support while undergoing medically monitored detox, a process that lasts from three to 10 days.

“The tragedy of behavioral health services is that they are filled with silos, and unfortunately people, particularly people in crisis, fall through the cracks and get lost,” said David Ley, executive director of the nonprofit New Mexico Solutions. “The goal of La Sala and the services we provide here is to not let anybody fall through the cracks.”

Ley’s nonprofit was contracted to operate the crisis center for the county, while the Santa Fe Recovery Center operates the detox facility.

The idea for the center emerged from a behavioral health summit in 2016. A year later, Santa Fe County voters approved a $2.5 million bond, funded with property taxes, that was used to renovate a county-owned building on Galisteo Street. The County Commission also authorized a gross receipts tax to generate $1.6 million per year for operational costs.

La Sala will open to the wider community in coming phases, possibly by winter.

When it’s fully operational, its hours are expected to be 10 a.m. to midnight Monday through Saturday, Ley said.

New Mexico Solutions is working with local government agencies, medical providers and community nonprofits — such as the National Alliance on Mental Illness and local homeless shelters — to develop protocols for La Sala, including criteria for determining who should be recommended to the center rather than a hospital, O’Connor said.

The crisis center’s name comes from the Spanish word “sala,” or “living room,” and organizers hope to give it a homey feel.

Patients in the detox program can receive counseling, participate in art therapy, shower, rest — whatever they need to help them through the difficult process, O’Connor said.

The crisis treatment center also has a shower, washing machines and lockers, as well as private rooms where patients can rest or sleep — though patients will not be permitted to spend the night.

Caseworkers and other staff will help ensure patients who need shelter and other aid are connected with the right resources, Ley said.

All furniture in the common areas and private rooms are designed for the safety of behavioral health patients.

O’Connor said most patients at the center will be eligible for Medicaid coverage; costs for those who aren’t will be covered by the county.

No costs will be imposed on patients, and all admittance is voluntary, Ley added.

When asked how staff members are able to determine what constitutes a voluntary admission for someone who may be in the middle of a crisis, Ley said the question is nuanced.

“We are looking for consent,” he said. “If a person is so cognitively impaired that they can’t consent, then we’re not the right place for them.”

O’Connor defined the level of care provided at the center as “intermediate.” It’s not equipped for an emergency-level response, as a hospital might be, but it’s also not a long-term treatment facility.

The goal, she added, is to help people take the first step toward recovery and connect them with resources they need.

“We want this to be a place where anyone can come,” O’Connor said. “It is for people who have chronic mental illness, but it’s also for anyone that’s experiencing a behavioral health crisis.”

This is amazing!!! Thank you to all those involved.