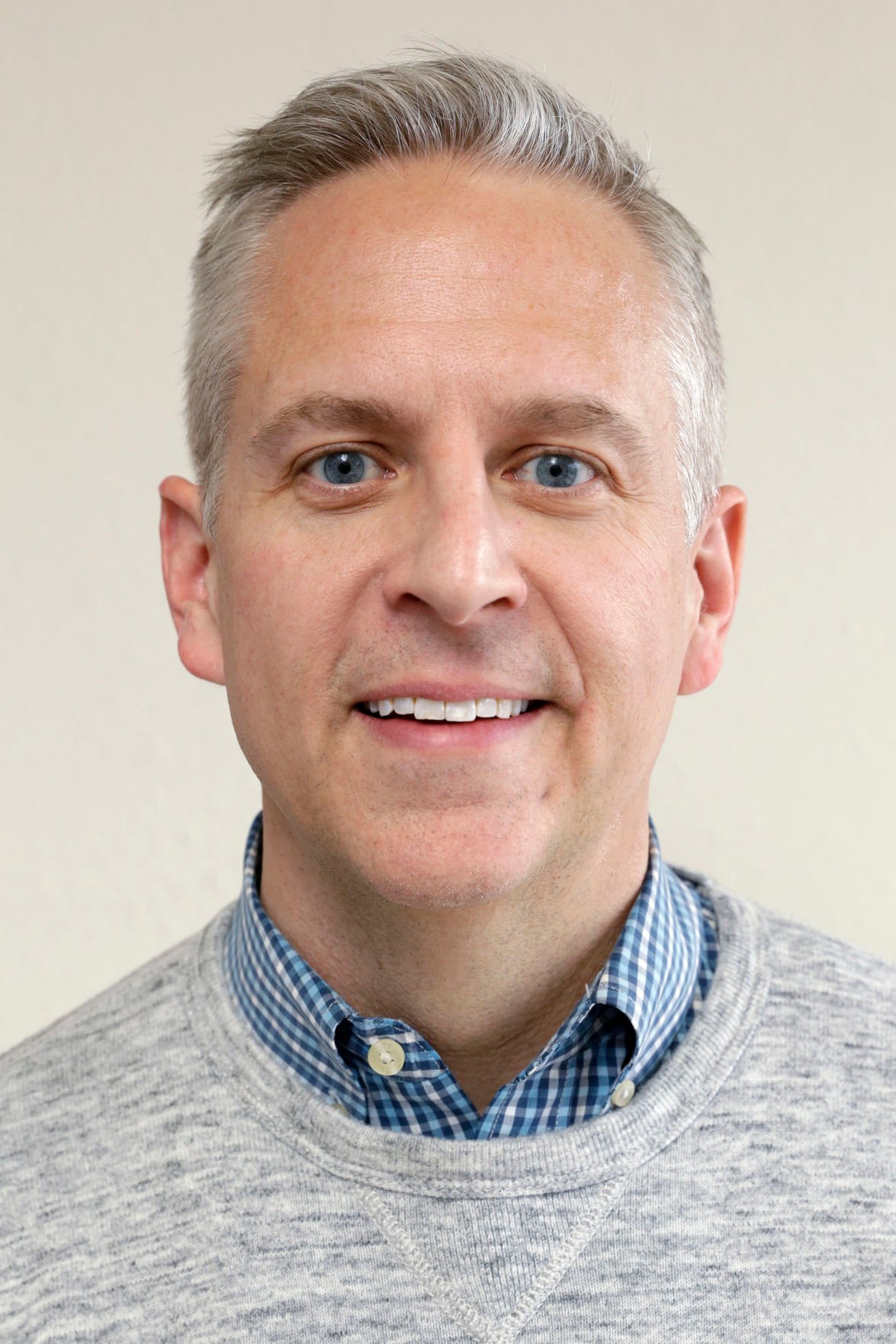 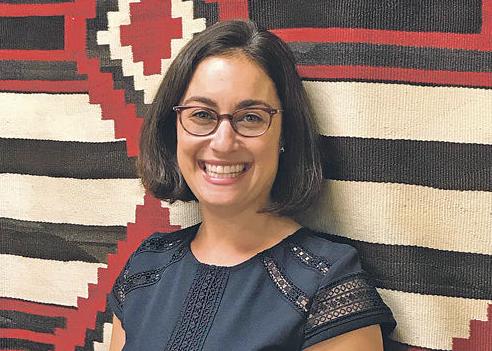 Santa Fe City Manager Jarel LaPan Hill plans to step down Jan. 12 after more than two years in the position.

In line to replace her — if the City Council gives its approval of Mayor Alan Webber’s appointment — is John Blair, who most recently served as deputy superintendent of the state Regulation and Licensing Department and helped develop the framework for New Mexico’s adult-use cannabis market.

The council is expected to vote on Blair on LaPan Hill’s last day.

“I am very excited,” Blair said in an interview Tuesday. “I have had some really positive conversations with the mayor and Jarel, and as someone who grew up here, this is a dream job to be in a position to help the mayor move the city forward.”

LaPan Hill, who served as interim city manager before being appointed to the permanent position in January 2020, just a few months before COVID-19 arrived, said she’s proud of the work she and the city have done to keep people safe throughout the pandemic.

“I am so proud of the work we have done, including the creation of an amazingly strong team,” LaPan Hill said. “This is a natural transition. It’s been a long four years; it’s been an even longer 2½ years.”

She said the city couldn’t have “asked for anyone who is more qualified” than Blair.

Before she decides what’s next, she said, “I am going to hang with my kids and enjoy life for a little.”

LaPan Hill, who spent four years in the Obama administration as chief of staff for the deputy secretary of the U.S. Department of Health and Human Services, joined the city as Webber’s chief of staff in 2018.

City spokesman Dave Herndon said she is the city’s longest-serving female city manager and was responsible for implementing a reorganization plan last year and managing the city’s COVID-19 response.

Webber said he was “extraordinarily grateful” to LaPan Hill for her tenure.

“Her experience working in the Obama administration made her very well prepared for what none of us could have expected when the pandemic struck,” he said. “She was the right person at the right time.”

Blair, who unexpectedly resigned earlier this month from the Regulation and Licensing Department, previously served as deputy secretary of state and chief of staff to Secretary of State Maggie Toulouse Oliver between 2016-19.

He also has connections to the Obama administration; he was appointed director of intergovernmental and external affairs at the U.S. Department of the Interior from 2014-16.

In an interview about his recent resignation from Regulation and Licensing, Blair said he had decided to pursue “another great opportunity” that he felt “passionate” about, but he didn’t provide details about the job.

Blair said Tuesday he was ready for a change after juggling multiple hats within the Regulation and Licensing Department.

He is particularly interested in how Santa Fe can be modernized while holding onto the things people love about the City Different, he said, adding he also will focus on city infrastructure improvements, addressing homelessness and promoting pro-environmental policies, if his appointment is approved.

Blair would be the fourth city manager since Webber took office in 2018. Webber said the changes were a result of the complexities of the job.

Brian Snyder, who had held the position since 2013, resigned in April 2018 at Webber’s request due to concerns over hefty pay raises he authorized the day of Webber’s inauguration without council approval.

The pay increases were halted, and Snyder returned to a supervisory position in the city Water Division.

Erik Litzenberg, the city’s fire chief at the time, was tapped to replace Snyder as city manager. He resigned in 2019.

“It’s a very demanding job,” Webber said. “The reality of being city manager in any community in America, the tenure tends to be relatively brief. You work incredibly hard, and you pass the baton on to the next person.”

It would have been nice for Sean Thomas to say something about John Blair’s training for the job other than listing experience at political appointments. Looking on LinkedIn, one finds Blair is a lawyer with a BA in Communication Studies and Political Science. I think a city the size of Santa Fe warrants having a City Manager with some training in management, an MS or a certification in Public Administration. Such a background certainly would be much more relevant to the job in lots of areas, particularly budgeting and administration. For the current city manager, Ms. LaPan Hill to say the city couldn’t have “asked for anyone who is more qualified” than Blair is amusing. She only has a Bachelors in Political Science. For someone who supposedly made his name in business publications, Mayor Webber makes unlikely choices. Such a choice goes along with the State’s selection of a new Director for the Cannabis Control Division who only has a bachelors in Political Science plus some sort of certificate in communications.

Was this position even advertised? It would have been better for the community if we had know that LePan was resigning and a search was in process rather than being given a done deal. Was this a political favor being repaid? Do we only have approximately 200 people who can serve on boards and get appointed to these positions?

I work for the city. LePan's resignation was only announced to management staff on Tuesday, as in 4 days ago. For the $175,000 she makes every year (highest paid person in city government by a wide margin), she's wholly unqualified, and problems have only escalated during her tenure. I'm sure Mr. Blair will be even worse, but both of them will continue to be very well paid. Santa Fe, you in danger, girl!

And, why John Blair, who is not a manager, but a full up political operator? Is Alan looking at a run for Governor again?? It wouldn't surprise.

Glad John Blair us being considered! He’s a capable young man with a lot of experience.

As for John Blair's "contribution" to rolling out the Cannabis Act, its a train wreck. All their Rule Making since June is non-compliant with the NM Rules Act, including the two Hearings scheduled for Dec 1st and 9th. Drop in, enjoy the train wreck...

Sadly, the head of RLD, Linda Trujillo, who helped to develop, and cosponsored, the 2017 Rules Act reform, now watches as her Department violates the Rules Act daily. How can RLD do oversight of the Cannabis industry, when RLD itself is a scofflaw?? That's a fine question... Its also a question for Blair, one of the scofflaws. He'll be a good fit with Webber, another whose respect for the law is sporadic at best.

A life-long reader of major newspapers says that this newspaper and reporter Sean Thomas are doing very good work. This article is well written, timely and on an important subject. It is exactly what readers should expect from a professional journalist and an excellent newspaper.

I think the view that is most valid about this belong to Jay Baker.

Daniel Chacon was a serious reporter on the City Hall beat. The paper now loves to give them a pass all the time. As for this old news, nowhere to go but up in this role, but given Webber's hiring acumen, don't expect proper policing, services, budget, or a return to the city's sense of unity and honor anytime soon--more especially now with the election over.

Willing to be surprised but that has been like holding breath for four long, sad years.

Hey Sean Thomas, maybe you should follow Jay Baker on Facebook. He broke this story 2 days ago. Maybe do some less lazy reporting and look into the EPA violations by the Webber administration on his page.

Why don't you back the **** up tough guy. Would you say that to the reporter's face? Jay Baker is 2 bit coward apparently violating a position of public trusts and calls people names while hiding behind a keyboard and fake name. Mr. Thomas is a reporter whose job it is to substantiate stories, not report idle gossip from an internet crybaby.

The 'sheep', of course, are those who continue to be sheared by the former occupant of the Oval Office with his scam of running in 2024.