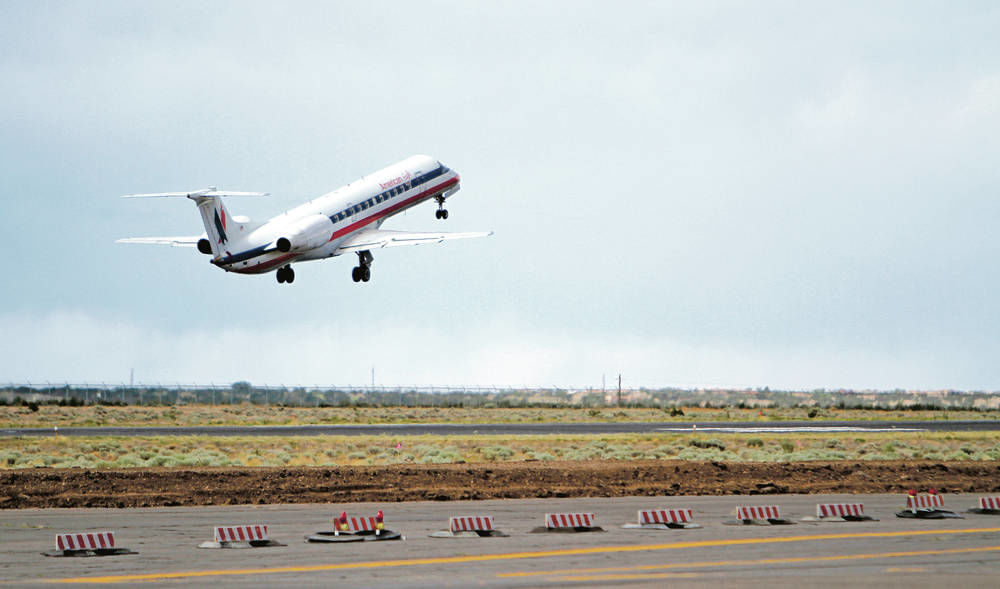 An American Eagle jet takes off from the Santa Fe airport. A proposed expansion of the Santa Fe terminal is part of a larger effort to turn the municipal airport into a bigger economic engine. Luis Sánchez Saturno/New Mexican file photo 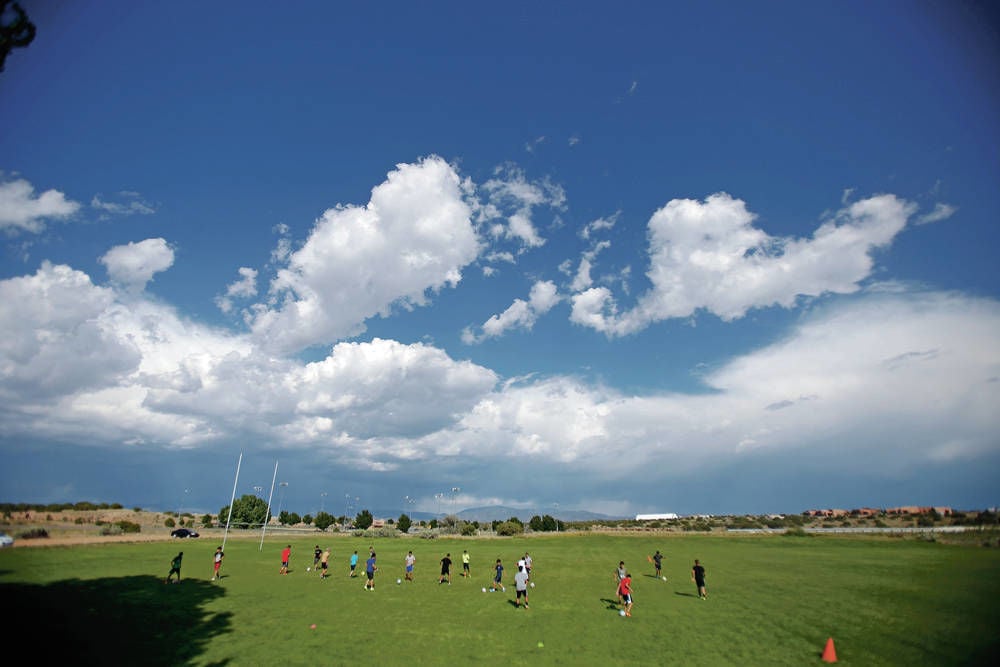 An American Eagle jet takes off from the Santa Fe airport. A proposed expansion of the Santa Fe terminal is part of a larger effort to turn the municipal airport into a bigger economic engine. Luis Sánchez Saturno/New Mexican file photo

Just ask Mayor Alan Webber and members of the Santa Fe City Council, who requested — and received — millions of dollars from the state last year for capital projects they identified in a wish list of “legislative priorities” for state lawmakers to consider funding.

Hoping for a repeat in the 30-day legislative session that starts in January, the mayor and councilors recently adopted a resolution outlining the projects they hope to get funded in 2020.

At the top of the list is a request for $10 million to expand the Santa Fe Regional Airport terminal, currently a small, out-of-date building that pales in comparison to, say, the significantly larger terminal at the Albuquerque International Sunport.

The proposed expansion of the Santa Fe terminal is part of a larger effort to turn the municipal airport into a bigger economic engine.

“It helps deepen regional specialization and emerging industries that fit with Santa Fe’s strengths and uniqueness — whether it is film, food manufacturing, technology, outdoors or the arts and tourism,” he wrote. “An expansion initiative helps us grow our export capabilities while positioning us to be more attractive if firms seek to relocate here. It will help grow our prosperity by boosting trade while bringing in income and investment.”

“We rely a lot on gross receipts taxes,” he said. “Visitors to Santa Fe provide us most of our general fund money, so keeping tourism accessible in Santa Fe and making sure that people get here and can spend some money here on restaurants and hotels and anything else is a good thing for our economy and ultimately for the people of Santa Fe.”

Construction on the terminal, as well as parking lot and circulation road improvements, would cost $21.5 million.

The terminal expansion, which calls for an additional gate and new baggage claim area, among other work, makes up the biggest line item in the overall cost of the project: $14.5 million. Parking lot and circulation road improvements that include adding 580 more parking spaces and building a cellphone waiting lane would cost an estimated $4 million. And a remodel of the existing terminal, which calls for reconfiguring the security screening area and more counters for additional flights, is pegged at $3 million.

The city’s lobbyist, Mark Duran, told the governing body last month the airport funding request had a lot of support and was included in the initial statewide capital outlay list.

“One of the things you want to always try to do is to first and foremost get your capital outlay labeled a ‘statewide priority’ because then it gets carved out from all the state capital outlay funds first, so that you don’t have to fight for it in what I call the sort of crumb game, sometimes big-dollar game,” he said.

“We lobbied for that in a different way … and we will again push with our great Santa Fe delegation to have that included that way again, as it’s our No. 1 priority and hopefully it will be included as such,” he added.

The city also received about $925,000 to solarize city facilities and $1.1 million for the planning, design and construction of the Southside Teen Center in 2019, among other funding requests.

The city is requesting more than $23 million in funding for a wide array of projects in 2020, including the $10 million for the airport, an additional $4 million for the teen center, and $3 million for utility and other infrastructure at the vacant college campus it owns in the midtown area. The city also is asking for $500,000 to purchase electric fleet vehicles and associated charging infrastructure, as well as $100,000 to install diaper changing rooms in city-owned buildings.

When the council considered the requests last month, City Councilor JoAnne Vigil Coppler raised concerns with the number and type of funding requests from the city, especially during a 30-day legislative session.

Webber said members of Santa Fe’s legislative delegation urged the city to be “more ambitious” in its requests because the state had a surplus.

“We were, I think, perhaps underimagining what was feasible,” he said last month. “And then with the influx of revenue into the state coffers, we were in a position, thanks to the advice of our delegation, to go for an additional set of allocations.”

Show me the money

The city of Santa Fe is requesting millions of dollars in capital outlay from the New Mexico Legislature in its 2020 session. Among the requests:

$3 million: Planning, design and infrastructure construction for the midtown campus.

$4 million: Extension of Paseo del Sol and infrastructure in the Tierra Contenta subdivision.

The city also is requesting about $612,000 in funding for lighting, sidewalks, drainage and other projects in each council district, including $162,000 for lighting and sidewalk improvements along Harrison Road from Cerrillos Road to Agua Fría Street, adjacent to the Interfaith Community Shelter at Pete’s Place.

Please update the airport. It is a disgrace. Santa Fe has spent so much money bringing in the airlines and their customers, but nothing for the comfort and convenience of those passengers. No food except early in the day. Bad and old chairs. Few toilets. Makeshift baggage handling. Awkward and crammed TSA checkoint. Crowded waiting area. It really needs an overhaul.

Needed, a Gary Johnson, to kill the cloud of Pork Bills. And, a Mayor who is a manager, not a shameless PR hack.

That's quite a lot of money. I to its support beefing up the Santa Fe airport. The 1st I would try more flights and lower fares.

Yes our city does Need electric cars. Installing and charging for some electric chargers inconvenient locations around the city is a great idea. Buying a fleet of electric cars for the city doesn't seem so necessary. Yes when staff go to and from Albuquerque and other distances give the cars a test with this type of application.

A 30-Day legislative session is ridiculous. It explains a lot about why New Mexico is so backwards.