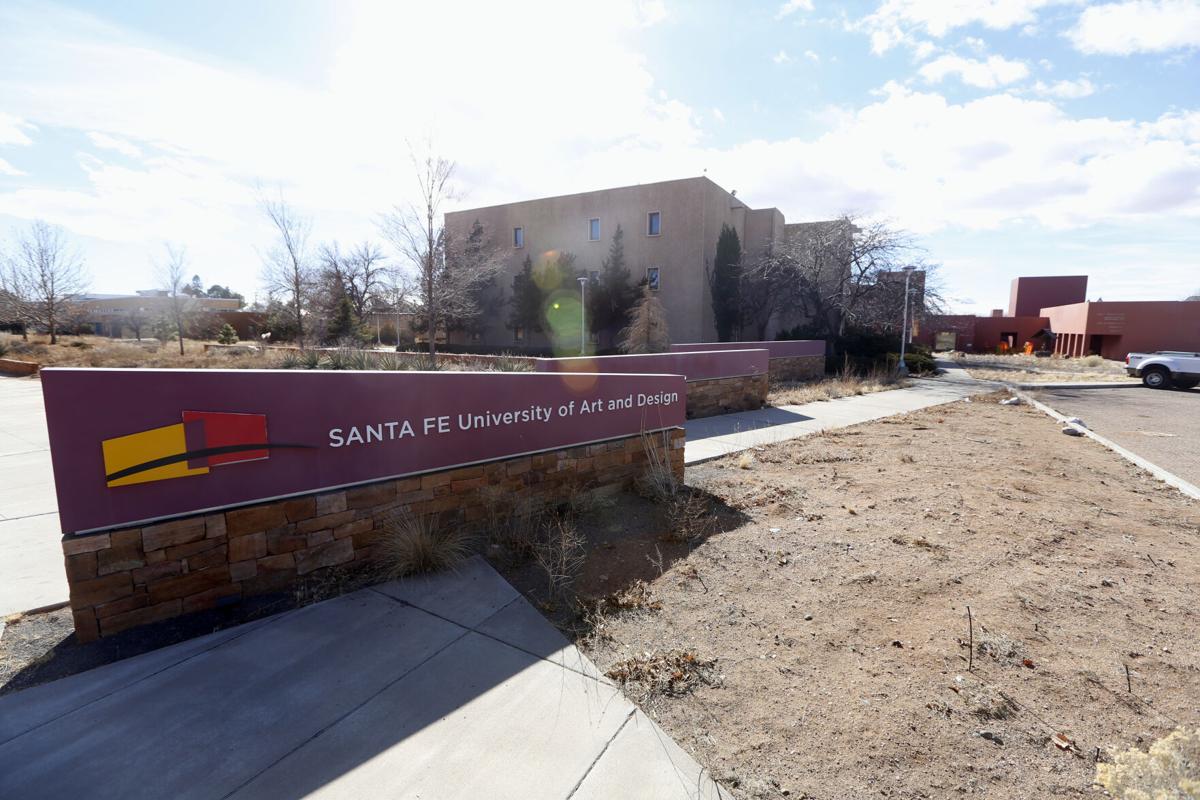 Sam Burnett, midtown property maintenance manager, told the Santa Fe City Council on Wednesday that 16 of the 23 buildings on the midtown campus either have limited or no potential for reuse. 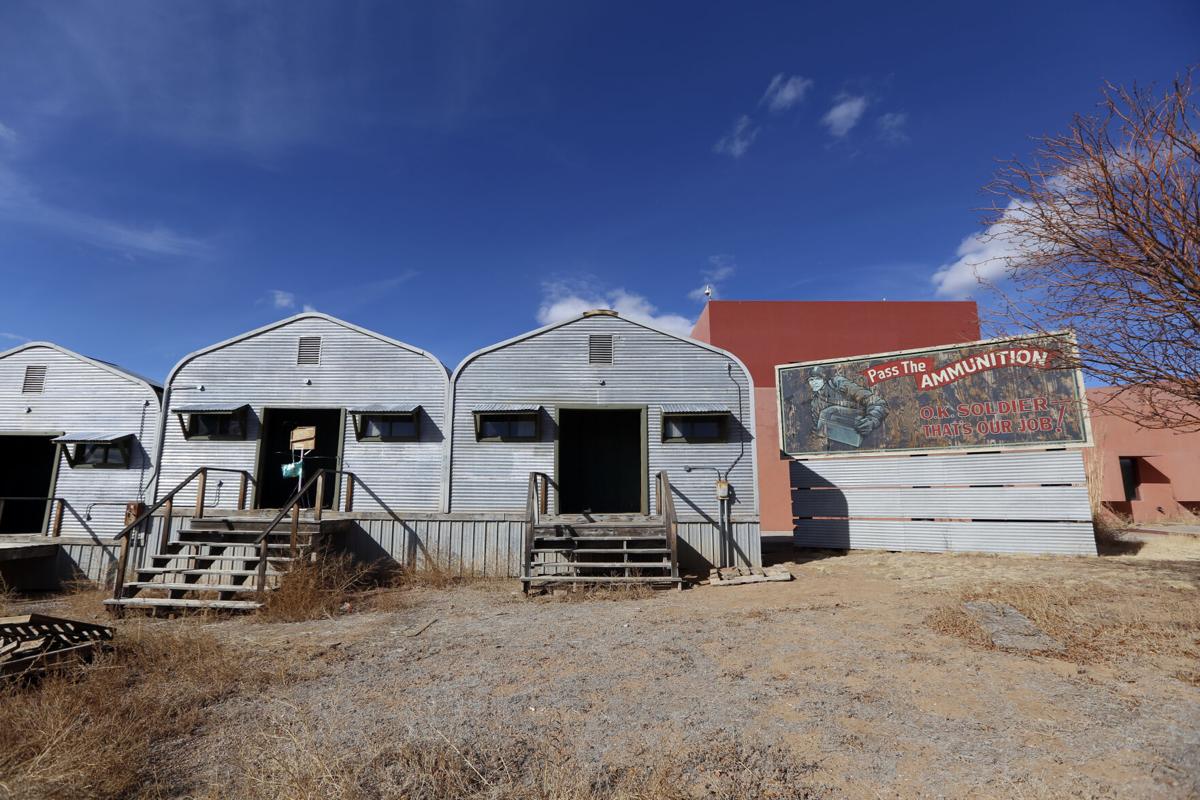 A movie set at the midtown campus in January. The Garson Studios complex will be examined as the city attempts to expand the studio as a premier film and multimedia studio and film school. 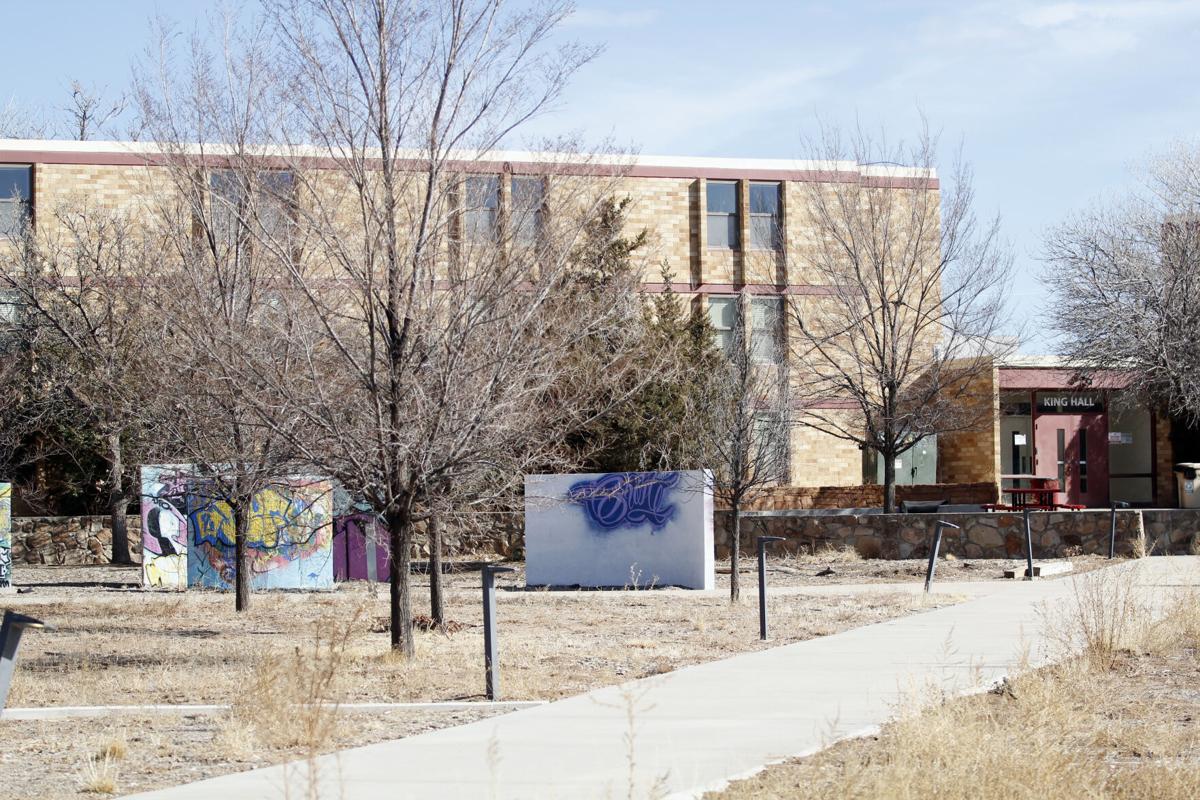 Graffiti was visible outside King Hall on the midtown campus in January. The city’s agreement with a Dallas-based partnership to redevelop the campus broke down in part because of the campus’s deterioration.

Sam Burnett, midtown property maintenance manager, told the Santa Fe City Council on Wednesday that 16 of the 23 buildings on the midtown campus either have limited or no potential for reuse.

A movie set at the midtown campus in January. The Garson Studios complex will be examined as the city attempts to expand the studio as a premier film and multimedia studio and film school.

Graffiti was visible outside King Hall on the midtown campus in January. The city’s agreement with a Dallas-based partnership to redevelop the campus broke down in part because of the campus’s deterioration.

It’s back to the drawing board for the city of Santa Fe and its push to redevelop the midtown campus.

The City Council granted a request from Dallas-based KDC Real Estate Development & Investments/Cienda Partners to mutually terminate an exclusive negotiation agreement to develop the 64-acre parcel during a special meeting Thursday, setting the stage for the council to reevaluate plans for the city-owned property.

The contract provided KDC/Cienda exclusive rights to inspect and conduct due diligence inspections on the site.

The city began looking for developers in 2019, hoping to bring much-needed jobs and housing to the site. It ultimately went with a proposal from KDC/Cienda and Team Midtown, a consortium of 17 local businesses and organizations.

The city received 21 proposals during its first request for expression of interest, with seven making the shortlist and three selected as finalists.

The process has been criticized for being largely held behind closed doors and without public feedback.

Several city councilors voiced similar concerns as their constituents during Thursday’s meeting, adding that the process needs to be more public moving forward.

The city cited state procurement law in February to avoid disclosing any details about the 21 proposals for the site.

“I want to encourage us to ensure that we move forward in a transparent manner, in a manner that brings all community members to the table and in a process that will allow everyone to have a voice on what transpires,” Councilor Michael Garcia said.

Councilor Renee Villarreal, who said she did not support KDC/Cienda as the choice, looked at the silver lining.

“I think this gives us the opportunity to have a stronger, more engaging community process,” she said.

Rich Brown, director of community and economic development, said the city plans to reconvene its selection committee to consider how to move forward and will return to the council toward the end of February. Brown said the committee also will provide biweekly updates.

Affeldt, who spearheaded renovations of the Castañeda Hotel and the Plaza Hotel, both in Las Vegas, N.M.; the La Posada Hotel in Winslow, Ariz.; and the Lamy Depot in Lamy, said he hopes the next step is more “transparent.”

Affeldt said he has been in contact with the team and there is still “varied” interest in the project. But he said the reasons that led KDC/Cienda to punt on the project would apply to any group looking to develop the former campus.

In a letter to Mayor Alan Webber and the city on Jan. 21, KDC/Cienda said financial conditions and uncertainties due to the coronavirus pandemic were why it was seeking to mutually terminate the contract.

KDC/Cienda also had concerns about the campus’s deteriorating condition, saying the buildings had “no commercial value.” The group also said a brownfield designation from the Environmental Protection Agency would need to be acquired, which would add to the project’s expense.

Infrastructure at the site was also deemed to be “incomplete” and “obsolete” and could require $30 million in public subsidies to replace.

Affeldt said Central Park Santa Fe told the city a year ago that there were significant infrastructure challenges.

“We made those concerns explicit,” he said. “The buildings that are there, several have to go away. The needs of the campus are so extreme that someone has to start over or make a huge commitment.”

On Thursday, Webber acknowledged the site is not shovel-ready.

“I’m not entirely sure if the prior academic institution that leased the space kept up their end of the bargain in terms of work they were supposed to have done,” Webber said. “But we do believe that it continues to be a gem, it is a beautiful core geographic center of Santa Fe, and we need to treat it that way. But we also do need to make it shovel-ready.”

David Hernandez, midtown project manager, said the City Council can expect to receive recommendations about what to do with those buildings in February.

Concerns over a post-COVID-19 future are also valid, Affeldt said, adding that acquiring capital for anything including hospitality or restaurants is difficult.

The importance of office space following the coronavirus pandemic is also a concern, Affeldt said.

“Any proposal that was put out pre-COVID has to be significantly reconsidered,” he said. “These are dynamic changes for everyone.”

The U.S. Department of Energy, via the Los Alamos Field Office of the National Nuclear Security Administration, also had interest in the site, mostly for use as office space.

The Department of Energy provided a statement that said, “There are no plans to pursue the property at this time.”

David We have the SFCC that has trade programs including film, restaurant and other certification programs. I heard that the SFCC film program far outshined the one offered by Laureate, the for profit that benefited from this site.

It sounds like developers will want the city to pay the $30 million dollars of infrastructure costs with the developer(s) reaping the benefits. How exactly is a degrading property in need of environmental remediation and other significant infrastructure improvement/repair costs a gem? IMHO if we give the job of making these improvements to Public Works they will be "working on it" long into this decade.

I stand corrected. Thank you

An example of a successful redevelopment project in Austin, Texas:

so how much money did this venture cost the citizens???/

We will never know

Because of the scale and issues with the property they should do an overall design to satisfy affordable housing and job generating and split it up amongst 5 or more developers that specialize in different products from residential to commercial. This will minimize risk for everyone including losing another opportunity to get this off the back of the tax payers.

It is on rare occasion that I agree with you but you have made quite valid points. I doubt that this campus will ever rise to its past glory and a complete rethinking of the area is in order. Its central location is a great opportunity for your suggestions.

However, I think there is good reason to consider at least part of it for a Trades School and the council should consider looking into that. We have very few options for people who, for various reasons, do not view college as an option and there are highly skilled, high paying jobs in the trades. If there were to be an affordable option such as this with relevant trades skills being taught it would be of benefit to the whole community in the long run for the many obvious reasons...

what jobs will that trade school focus on and what jobs are their in santa fe that need trained employees..

use "The Google" Don

Plumbers, electricians , carpenters, welders and all the other trades you can’t find workers for. I worked in the trades off and on for the last 35 to 40 years and provided me a very comfortable life. And when we are losing kids in the 10th grade to drop out we need to have options for them, not everyone is an academic.

Denver had a similar but much larger scale project when I lived there and in my opinion they blew it, and that was the old Stapleton Airport which at the time was the largest available and undeveloped commercial downtown property in any major city I think in the world or at minimum the US. Instead of bringing in a Disney or other major operator to generate tourism and jobs, they turned it into a subdivision.

Your right. Keep it local and transparent.