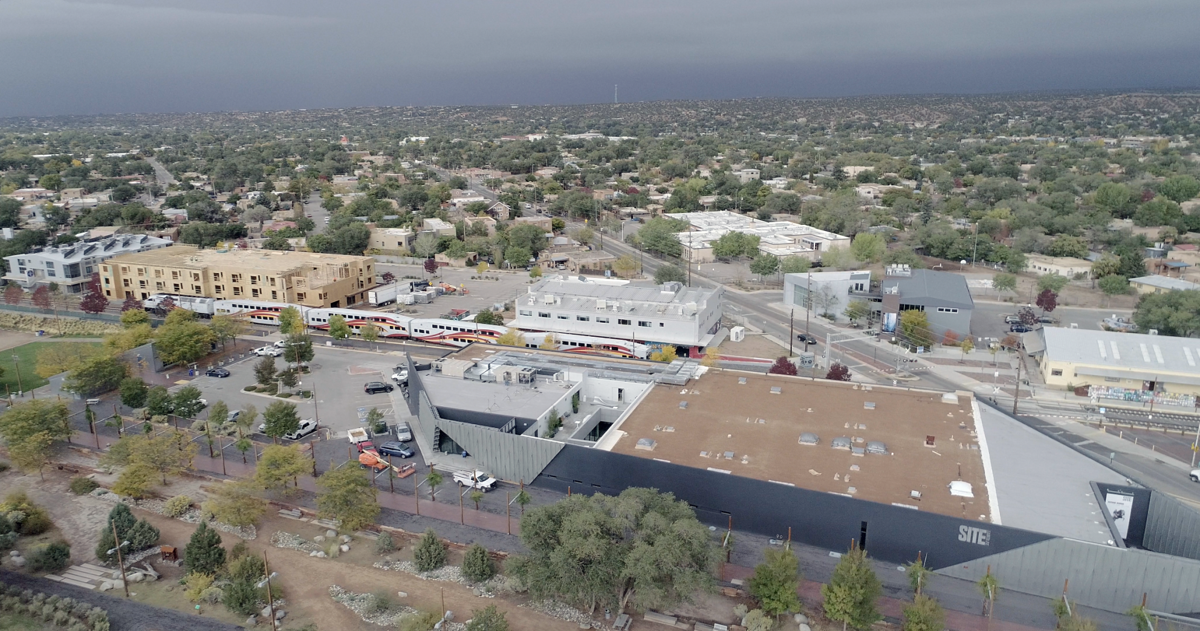 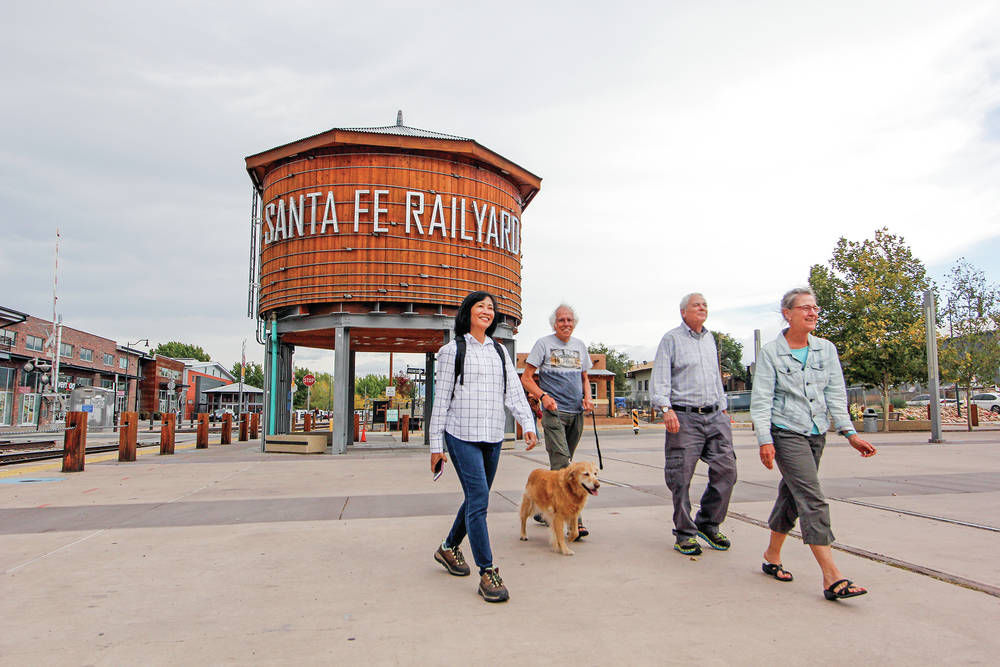 The Walkers of Santa Fe visit the Railyard on Wednesday with friends from Maryland. Gabriela Campos/The New Mexican 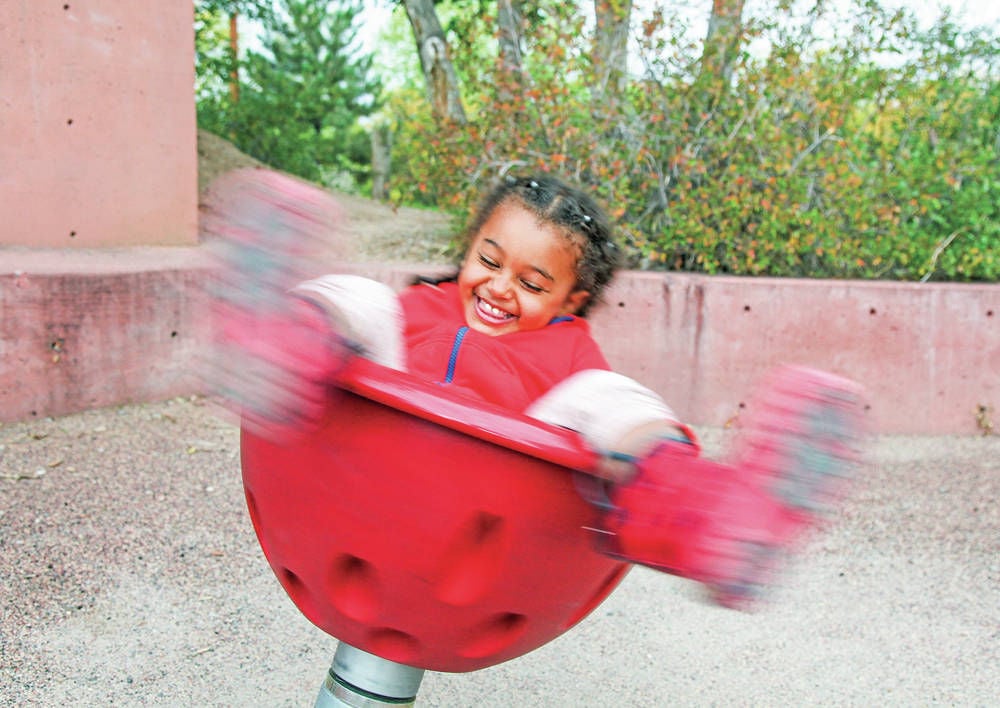 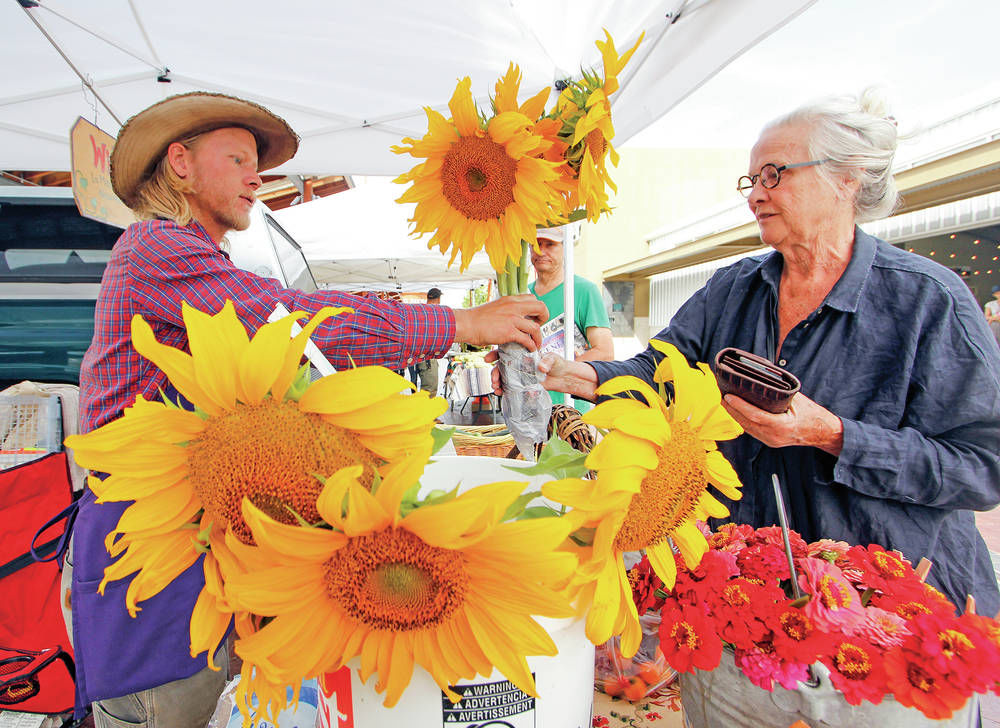 This weekend’s “grand reopening” of the SITE Santa Fe museum has been designed to make a splash, but for supporters of the Santa Fe Railyard area, it’s the ripple effect that matters most.

A renewed energy and look for SITE is yet another key moment in the Railyard’s decadeslong drive to become a key destination in Santa Fe. And with its eye-grabbing new look and reinvigorated mission, the contemporary arts showcase at 1506 Paseo de Peralta gives the area added momentum as it looks toward the future.

“The completion of their project is a wonderful anchor in the south part of the Railyard that will complement our anchor on the north side,” said Jamie Clements, president of the Museum of New Mexico Foundation, which is heading up fundraising for a new contemporary art annex in the Halpin Building off Guadalupe Street. “This is a great series of projects that will be a huge boost to the area and Santa Fe.”

The expansion reflects the combined vision of both board Chairman Andrew Wallerstein and chief curator Irene Hofman, said Anne Wrinkle, SITE’s marketing director. It includes a permanent lobby and gift shop with one gallery dedicated to year-round experimental exhibits, a new public coffee shop and snack bar, an education and event space, sculpture court, as well as a new “sky mezzanine” that overlooks Railyard Park and can be rented for receptions and weddings.

But the SITE project is one of several taking shape in the Railyard area — 50 acres that were originally the terminus of a spur line from Lamy for the Atchison, Topeka & Santa Fe Railway. The city purchased the property in 1995 with financing support from the Trust for Public Land. The goal: redeveloping the area for community use. A master plan for the Railyard adopted by the City Council emphasizes local artists, businesses and culture.

For information on rental space at SITE, contact Johanna Frenz at frenz@sitesantafe.org or 505-989-1199.

The area received a big boost in 2015 with the opening of Violet Crown Cinema, the multiscreen movie theater that brought many residents back to the area for entertainment and hospitality.

The Santa Fe Railyard Community Corp., which manages the property leases and open space for the city, also has sponsored free concerts on the Railyard Plaza and movies in the park during the summer. Now, a 60-unit Railyard Flats apartment complex is expected to open in early 2018.

The Railyard, however, still has its struggles, the best known being the Market Station building, which is home to outdoors retailer REI but is half vacant as a U.S. Bankruptcy Court has approved an auction for sale of the building to pay back investors.

Bill Siegal, whose William Siegal Gallery specializes in pre-Columbian antiquities and textiles and has become an international destination for collectors, said the SITE project is one step that can cement the Railyard as a contemporary arts destination.

“What we sell in contemporary has always been a struggle; only a small percentage of people come to Santa Fe for serious contemporary art,” he said. “This, I think, will make a huge difference.”

But there are other projects in the Railyard’s long-term future that will play a part as well, including the new Museum of New Mexico contemporary art annex in the long-closed Halpin Building at the corner of Montezuma Avenue and Guadalupe Street. It is slated to open in 2020, pending its fundraising goal of about $10 million.

Also in play is the New Mexico School for the Arts, which has purchased the Sanbusco Market Center and is converting it into a permanent location for the statewide charter school that focuses on theater, music, dance and visual arts.

Siegal, now 70, has been in business 47 years and is selling his collection to retire next year. But he thinks the three institutions together will create walking anchors for tourists and locals who want to spend a day experiencing the Railyard arts scene.

“I think the synergy of the three institutions is very important,” he said. Siegal said the extended hours of SITE and the Friday night events will help the efforts of Railyard galleries that now host an art walk the last Friday night of each month.

The new SITE will allow it to stay open more days, with longer hours. “We’d be dark four to six weeks between the big shows,” Wrinkle said.

Clements of the Museum of New Mexico Foundation said the Centennial Campaign for the contemporary art annex is on track, with $3 million pledged so far. He expects the completion of SITE to boost the campaign. “They are a model we can point to,” he said.

He said the state of New Mexico has completed remediation in the Halpin Building by making repairs and removing mold and asbestos. Supporters of the project expect to unveil architectural sketches next month.

“It’s going to be a spectacular contemporary arts building for Santa Fe,” he said. “I think people are going to be wowed by what they see.”

Sandra Brice, the events coordinator for the Railyard Park, Railyard Plaza and other public areas, said the SITE expansion was designed to open up the museum along Paseo de Peralta and the city park.

She said the Santa Fe Railyard Community Corp., which oversees the property, saw the design plans for SITE and offered its input.

“The auditorium space can be used in a lot of different ways, the sky terrace upstairs — these become new interesting public spaces,” Brice said. “It’s all very exciting.”