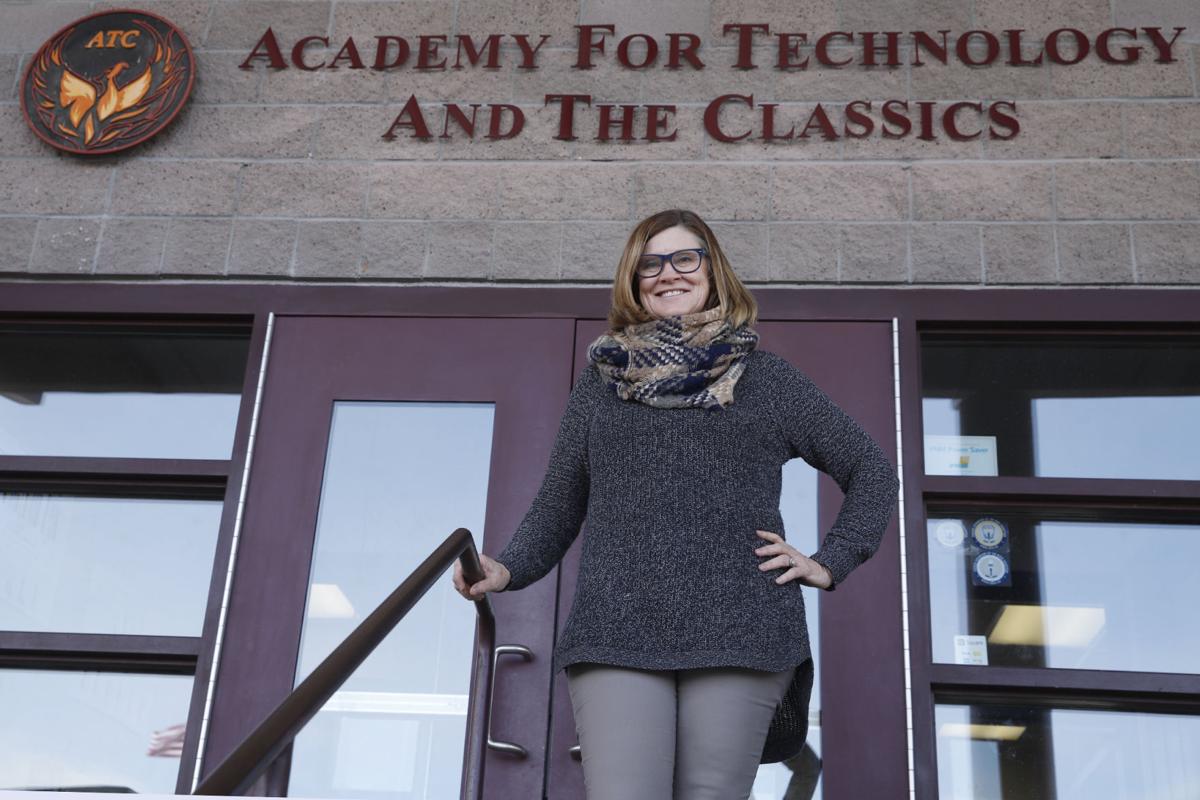 Susan Lumley, principal of Academy for Technology and the Classics, has announced her retirement. 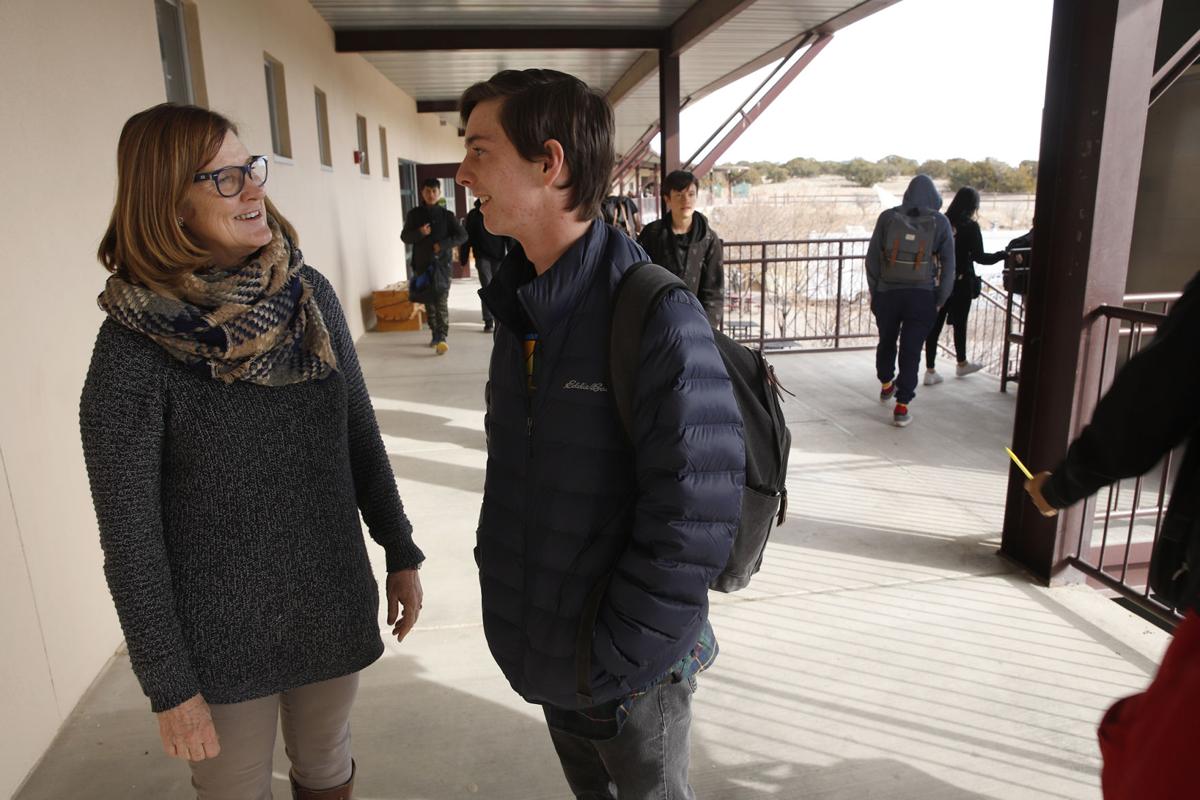 Susan Lumley, principal of the Academy for Technology and the Classics, speaks Thursday with senior Liam Mitchell, 17, during a break between classes.

Susan Lumley, principal of Academy for Technology and the Classics, has announced her retirement.

Susan Lumley, principal of the Academy for Technology and the Classics, speaks Thursday with senior Liam Mitchell, 17, during a break between classes.

The Academy for Technology and the Classics began the previous decade in disarray.

Rent payments were eating into the school’s operational budget and pushing it into debt. Human resources couldn’t provide records of licenses for all teachers. After suspending ATC’s charter and placing operations in the hands of Santa Fe Public Schools, the entire governing council resigned.

In stepped Susan Lumley, with a Texas twang and high expectations. After taking over as principal ahead of the 2011-12 school year, she oversaw the south-side charter school’s transformation from the brink of closure to one of the top high schools in the state, and among the best charter schools in the country.

Now after nine years at ATC, a period that capped her 37 years in education, Lumley announced Thursday she is retiring at the end of this school year.

“Susan isn’t just leaving a legacy at ATC,” governing council member Jennifer Duran-Sallee said. “She’s leaving a legacy for the entire city and state for what a high-performing school looks like.”

Lumley, 62, started her career in education in 1980 in Euless, Texas, as a high school English teacher and track coach before moving into administration. She was a principal and assistant principal at Santa Fe High from 2003 to 2005 before leaving education to sell real estate. But the tug of her old job never really left.

“I realized pretty quickly that my heart was always with high school administration,” Lumley said.

When she arrived at ATC in 2011, Lumley made completing at least five Advanced Placement classes — a challenging load even for the best of students — a graduation requirement. She also kept her administrative staff thin in order to free up money to recruit and retain teachers by offering higher salaries than required by the state. Those moved paid off: With math and reading scores that consistently double the state average, U.S. News & World Report recently ranked ATC as the second-best high school in New Mexico and the 86th best charter high school in the country.

“What shocked me when I came to New Mexico was the low expectations of students and this feeling that we were doing children a favor by feeling sorry for them. For me, that is such a disservice to our children,” Lumley said. “Children will rise to the level of expectation. We see it clearly at ATC — when we require them to be on grade level and support them, they will rise to that expectation.”

“Students are encouraged to take AP and honors courses, but that doesn’t mean the regular core classes aren’t challenging,” he said. “Teachers will push you across the entire curriculum. We’ve garnered our reputation that way. The expectations bring about a sort of competition to do well academically that motivates the whole school.

“Pretty much all accounts, she has taken a school that was really struggling and had lost its charter and totally flipped it into one of the best schools in Santa Fe and the whole state,” he added.

ATC, still chartered by Santa Fe Public Schools, completed more than $6.5 million in renovations approved in a February 2017 general obligation bond election. The funding allowed for a music classroom, cafeteria, science labs and gymnasium. After improving both academic performance and campus facilities, Lumley said the school is set up to succeed without her.

“We’ve reached the point at ATC where academics is just the way we do business,” Lumley said. “Teachers have bought in. It’s not just my idea anymore. I can leave, and the structures are there to keep the ship on course.”

Lumley will retire May 30 but plans to remain at the school on a part-time basis to assist her successor until Sept. 30. After that, she still plans to be involved in education through consulting work with other charter schools.

Governing council Vice President Brian Shelton said the body has already identified an internal candidate as it begins the search for a new principal.

She should be our next school superintendent.