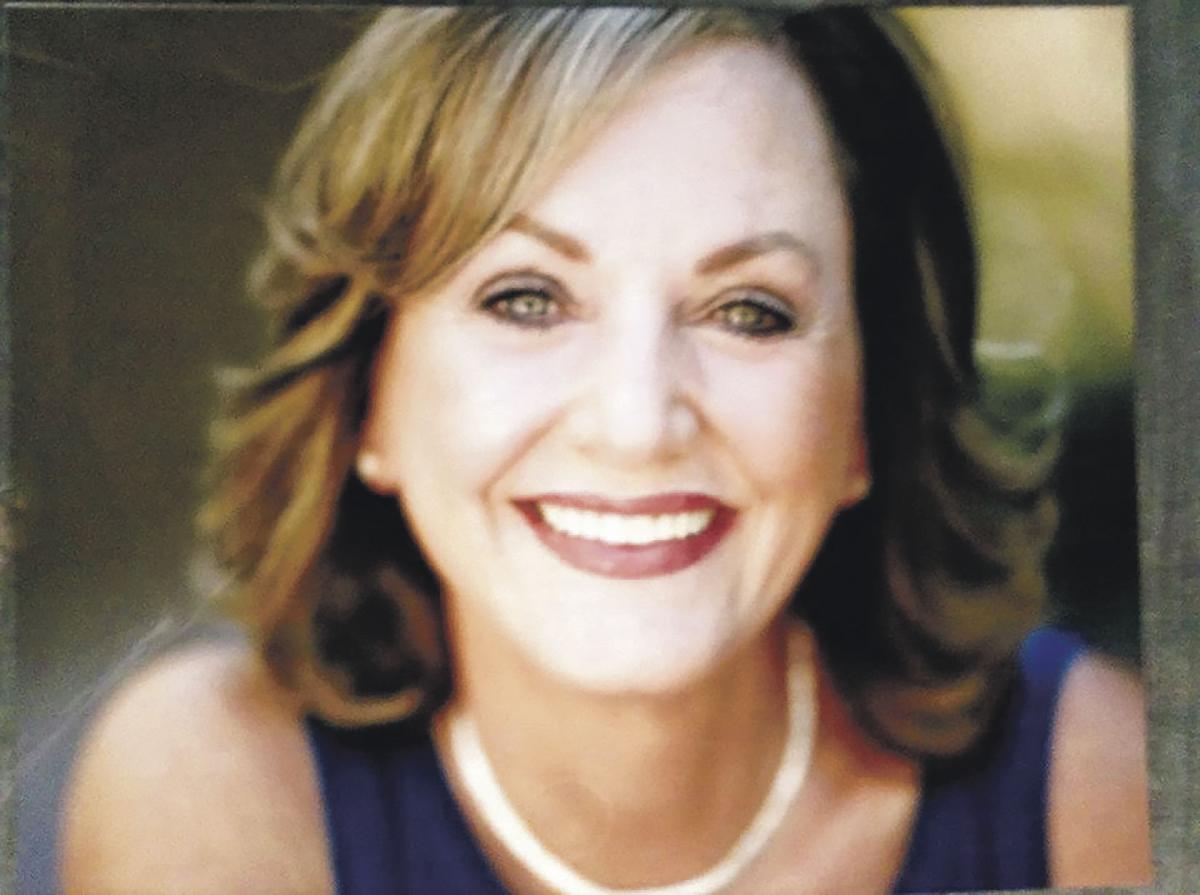 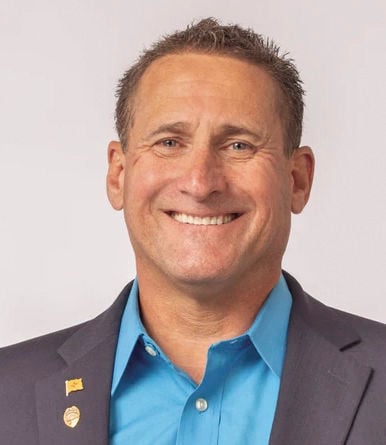 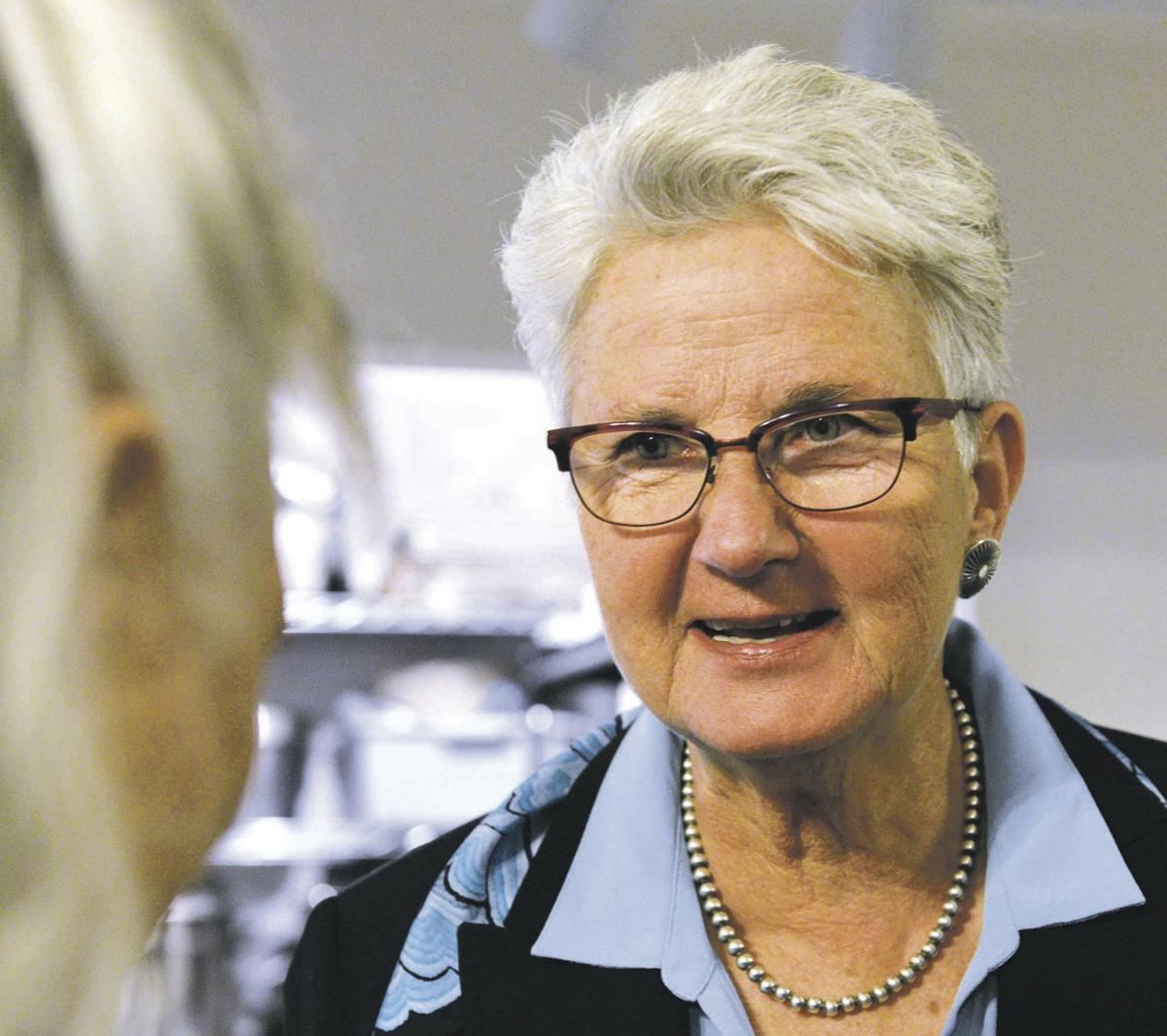 Republicans Susan Vescovo and Joey Tiano — who will face off in the state Senate District 39 Republican primary for the right to take on Democratic incumbent Liz Stefanics — have similar views on the role of government, abortion and gun rights.

But their backgrounds are vastly different.

Vescovo, 66, is a former teacher with a background in business and mental health advocacy. A resident of Alto in Lincoln County, she is the daughter of state Senate President Pro Tem Mary Kay Papen, D-Las Cruces, and differs with her mother politically.

Santa Fe’s Tiano, 59, spent 25 years in law enforcement and has strong views on illegal immigration, voter identification and the rule of law.

In their race for District 39, which snakes from northeast of Santa Fe through the spine of New Mexico and into the Sacramento Mountains near Ruidoso, Tiano and Vescovo have aligned themselves with current Republican lawmakers in criticizing Democratic Gov. Michelle Lujan Grisham’s emergency health orders to shut down nonessential businesses.

“We pretty much destroyed people’s lives and livelihoods by closing down the economy,” Tiano said. “That never should have happened. Open the businesses now.”

Tiano said he would advocate for government to offer low- to zero-interest loans to businesses that were hurt by the shutdown.

Vescovo argues restrictions should be applied to each area of the state according to infection rate. In counties with severe outbreaks, social-distancing measures should be more strict, she said. But in counties with single-digit cases, the measures could be softer.

“Every area needs to be looked at individually,” Vescovo said.

Vescovo has said she would work to ease what she considers excessive tax and regulatory burdens on businesses, but didn’t propose anything specifically for those affected by the shutdown.

“We need to encourage small businesses in our state and not just big business,” Vescovo said.

Tiano said he stands apart from Vescovo in two ways. He believes he has greater name recognition in Northern New Mexico because of his family’s sporting goods store. And his career in law enforcement better equips him to craft and screen bills to ensure they are constitutional and can be legally enforced, he said.

“She [Vescovo] has no experience in law,” Tiano said.

He said he would push for term limits, more stringent identification to ensure only legal citizens vote and repeal of the so-called red flag-law, which allows police to petition courts to seize firearms from those deemed a threat to themselves and others.

Vescovo, a former state racing commissioner, bred and raised horses. She owned Las Cruces Toyota for 30 years, worked as a schoolteacher and was president of the state chapter of the National Alliance on Mental Illness.

She said she believes the education system is flawed and that the priority should be getting students up to required academic levels before trying to offer everyone tuition-free college.

Both candidates say they look forward to a general election campaign against Stefanics, D-Cerrillos, who is running unopposed in the primary.

More traditional New Mexico Democrats “feel they’re being pushed out of their party by the socialists,” Tiano said. “[Gov. Michelle] Lujan Grisham is one. Stefanics is another.”

For her part, Stefanics said her priority would be ensuring the state’s rural communities have adequate health care, food, education and broadband access, all of which are especially vital during the pandemic, she said.

“I put it all in one big category of rural issues, and how disenfranchised people have been during the virus in particular,” said Stefanics, 69, who’s seeking a second term.

Another issue are workers who lost their jobs and small businesses that are struggling after the governor ordered many businesses to shut down or reduce operations to slow the spread of the novel coronavirus, Stefanics said.

“Our economy has to be one of my priorities for small businesses,” she said. “I consider farming and ranching part of small business.”

Senate District 39 candidates at a glance