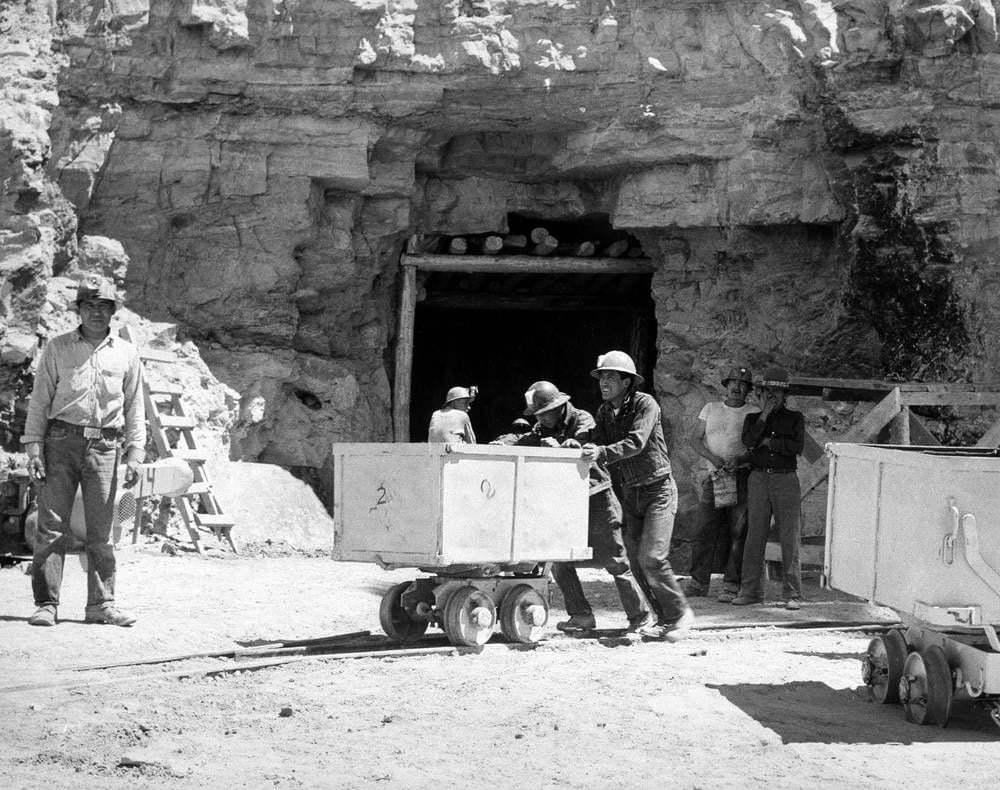 Navajo miners work at the Kerr McGee uranium mine at Cove, Ariz., in 1952, on the Navajo Nation. Kerr-McGee left abandoned mines, including contaminated waste rock piles, in the Lukachukai mountains of Arizona and in the Ambrosia Lake area of New Mexico. 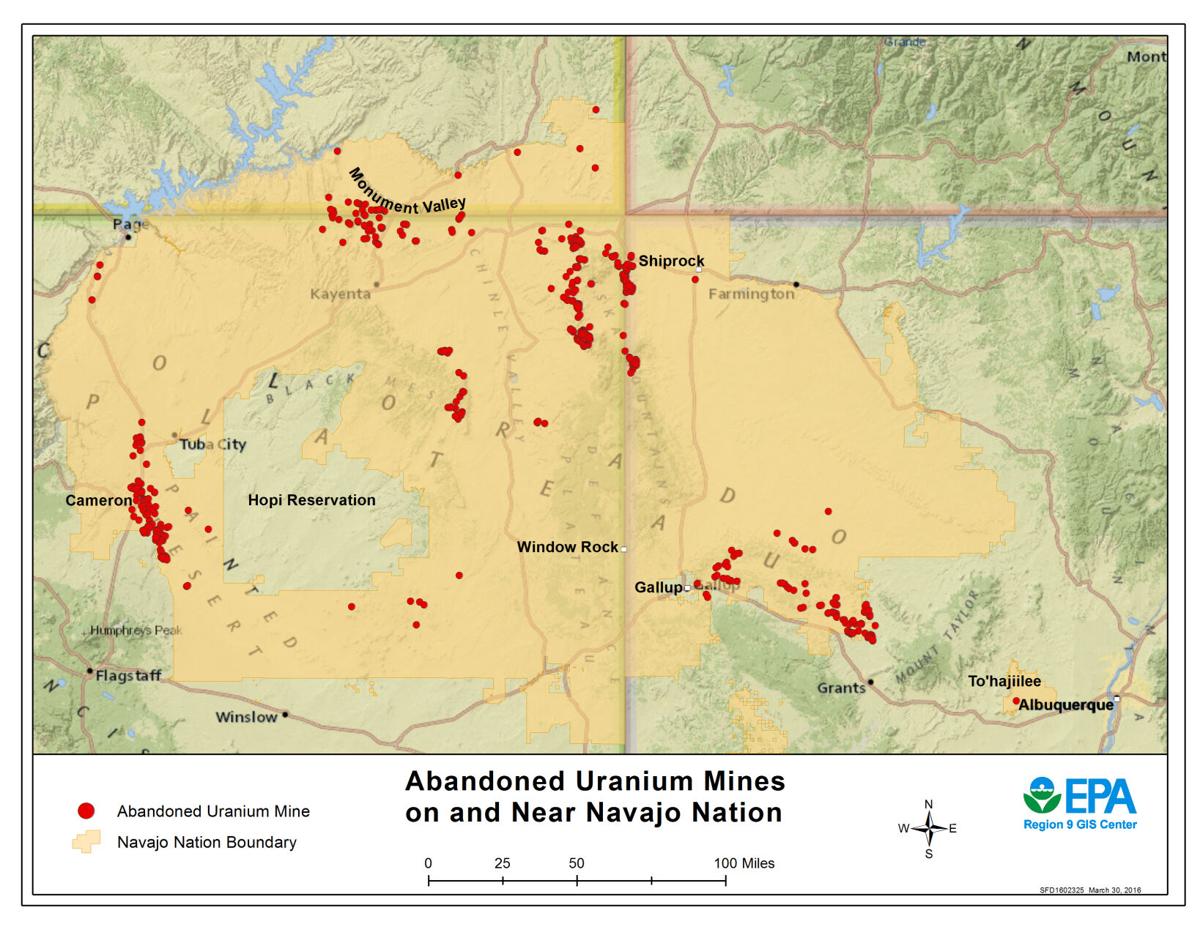 Navajo miners work at the Kerr McGee uranium mine at Cove, Ariz., in 1952, on the Navajo Nation. Kerr-McGee left abandoned mines, including contaminated waste rock piles, in the Lukachukai mountains of Arizona and in the Ambrosia Lake area of New Mexico.

A new report from the University of New Mexico says the state could use money from a nearly $1 billion federal mining settlement awarded to the Environmental Protection Agency to jump-start a new industry focused on environmental cleanup.

Authored by Jeffrey Mitchell, director of the UNM Bureau of Business and Economic Research, and other UNM researchers, the report argues the EPA funding, from a settlement over abandoned uranium mines, could be used to create more than 1,000 jobs over the next 10 years if state officials can help coordinate the cleanup of decades-old toxic mining waste left from the Cold War arms race.

The 22-page report presented to a legislative panel earlier this month was commissioned by the Legislature in 2019 to study the economic benefits of cleaning up long-standing uranium pollution primarily on Navajo Nation land in New Mexico and Arizona. The $1 billion settlement between the federal government and Kerr-McGee Corp. and its successor, Tronox, could fuel $177.8 million a year in revenue to New Mexico businesses for 10 years, according to the report. The report said the average salary for new jobs in construction, trades and environmental engineering would be more than $54,000 a year.

“This is just the tip of the iceberg. There may be future settlements that could generate far more money,” Mitchell told lawmakers on the interim Indian Affairs Committee. “The economic impacts are very significant.”

The specific jobs a new cleanup industry would create depend in large part on the kind of remediation that happens.

Off-site disposal of uranium waste — a scenario in which the pollution is transported from the site of contamination — likely would result in far more jobs in the trucking industry, whereas on-site disposal would create jobs in engineering and industrial equipment leasing and for architectural firms, according to the report.

The project could face significant hurdles because of incomplete and sometimes contradictory information on uranium sites, the lack of an agency to orchestrate such a cleanup and no plan in place to follow through, Mitchell said.

Although the report did not look into the health impacts of continuing to delay cleanup, it did note that “abandoned uranium sites are a threat to public safety, especially among Native communities.”

Uranium waste can cause cardiovascular disease, kidney disease, cancer and other health problems.

Close to 30 million tons of uranium ore was mined from Navajo land from 1944 to 1986, often by Navajo workers, according to the EPA. The agency says more than 500 abandoned mines have not been cleaned up, posing a threat to people living in nearby homes and to local water supplies.

The ore was used by the federal government to build atomic weapons. In 2007, multiple federal agencies created a five-year plan to address uranium pollution on the Navajo Nation. A second five-year plan was created in 2014. But much of the waste remains at the sites.

The contamination includes dozens of mines outside Gallup and Grants, with more stretching along the New Mexico-Arizona border near Shiprock.

During the hearing, state Rep. Eliseo Lee Alcon, D-Milan, lamented the fact that state administrators in the past have “sworn up and down that cleaning up the uranium legacy sites … is a priority for them.

“Yet I’ve been here, this is my 12th year, and do you know how much work has been done on cleaning up these sites in New Mexico? Zero. We need to get these departments involved. They just can’t sit there forever and ever saying, ‘We’re gonna do this’ because it hasn’t been done yet.”

State Sen. Shannon Pinto, D-Tohatchi, said there are numerous organizations and people who have “time after time voiced their concerns for their health and their families’ health,” and yet the state and federal governments have been slow to begin cleaning up the toxic uranium mining waste.