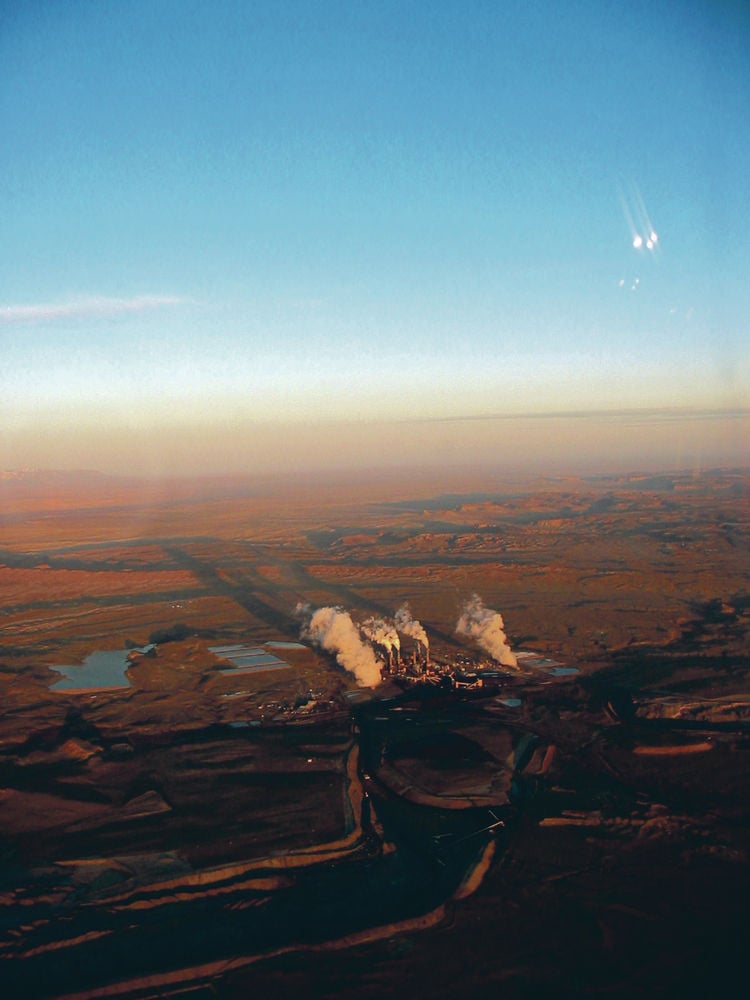 The proposed Clean Power Plan would require power plants that burn coal to generate energy, such as the San Juan Generating Station, to reduce carbon dioxide. New Mexico is among several states pushing back on the proposed restrictions, citing the breadth of the proposal and the lack of input on the plan. New Mexican file photo 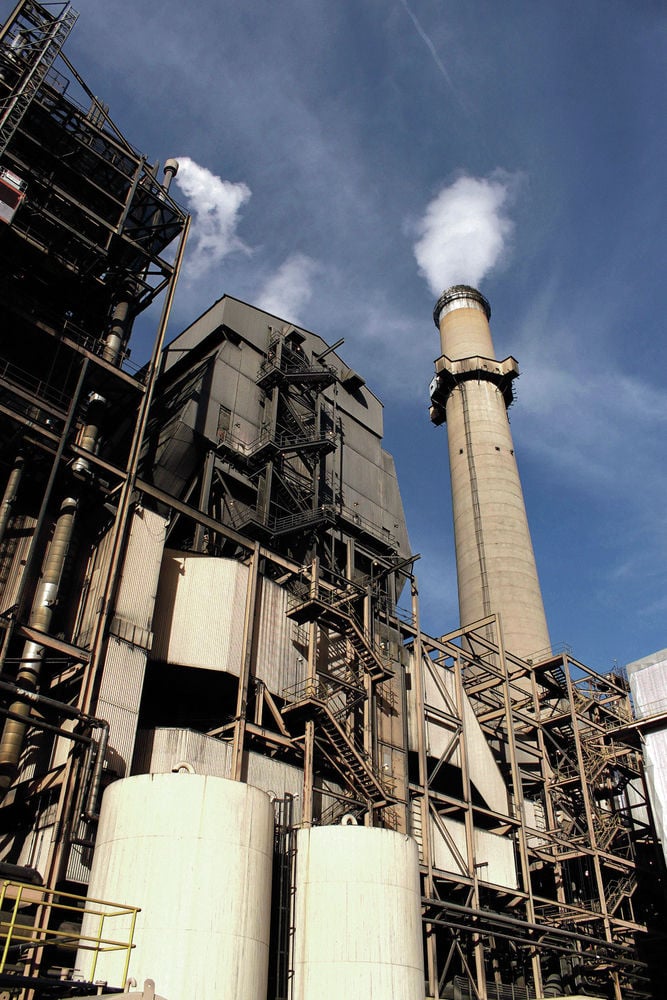 The proposed Clean Power Plan would require power plants that burn coal to generate energy, such as the San Juan Generating Station, to reduce carbon dioxide. New Mexico is among several states pushing back on the proposed restrictions, citing the breadth of the proposal and the lack of input on the plan. New Mexican file photo

New Mexico environmental officials are among others in two dozen states pushing back against proposed federal restrictions on emissions from existing power plants. Without state support, the proposed Clean Power Plan won’t reduce carbon dioxide emissions the way the Obama administration hopes it will, according to a new report released by the nonprofit Brookings Institute.

When it comes to clean air, the federal government can set standards, but states decide how to enforce them. New Mexico Environment Department Secretary Ryan Flynn, an attorney, is one of many environment officials across the country who think the rule has problems and may be illegal.

“We agree with the overall goal of the proposed Clean Power Plan,” said department spokeswoman Allison Majure in a statement. “However, we are also extremely concerned about the unprecedented breadth of the proposal.”

The power plant rule was crafted under the Clean Air Act, and to meet what it sets forth, states will be responsible for writing regulations and enforcing them. The EPA can step in if it thinks the state is failing to meet clean air standards. But federal officials are limited in what they can do to force compliance, according to Philip Wallach and Curtlyn Kramer, who wrote the Brookings report.

Some states with Democratic governors also take issue with portions of the rule, according to Wallach and Kramer, finding that concerns cut across party lines and center on the fairness of the proposal as well as grid reliability and feasibility of the proposed clean power rule.

Majure added in her statement, “The Environmental Protection Agency is using the Clean Air Act, which was designed to control air pollution at the source, to dictate America’s energy policy for the next 20 years,” reflecting comments the department filed with the EPA regarding the rule months ago.

She also said the EPA failed to consult with the Federal Energy Regulatory Commission, energy producers and the Department of Energy in crafting the plan.

Steven Michel, chief counsel for Western Resource Advocates, a nonprofit environmental law and policy group, described New Mexico’s feedback to the EPA as thorough, detailed and mostly constructive. He also said that like many other states with complaints, it unnecessarily complicates the Clean Air Plan’s simple premise.

For each state, existing generators will have to achieve set emissions rates over time, Michel said. “There are also some very straightforward and economic ways to implement the EPA’s program,” he said, despite the assertion by Flynn and others that it will be harder and more expensive now to comply with proposed carbon dioxide standards. States could add more renewable energy to their power mix or improve the performance of power plants by switching more of their generation from coal to natural gas.

Flynn, along with environment officials in California and Colorado, contend the Clean Air Plan would be unfair to states like theirs that early on tried to reduce greenhouse gas emissions from power plants and increase renewable energy, says the Brookings report. The rule uses carbon dioxide emissions in 2012 as a baseline for setting reductions in each state. States that already made changes to reduce emissions prior to 2012 won’t be credited, while others that made no effort to reduce emissions won’t be penalized.

Michel agreed that the EPA could have done more to spur on states that have dragged their feet on emissions reductions, but he said it’s incorrect to characterize the proposed rule as a penalty for states that moved earlier.

“If states want early action credit, they should start early and not wait until 2020 to get underway,” he said.

Most of the state environment departments also said in comments to the EPA that the Clean Power Plan carbon reduction goals can’t be met without a deadline extension, according to the Brookings report. Under the proposed rule, each state has to submit a plan for reducing carbon dioxide from power plants by 2016, meet a first goal by 2020 and fully implement the plans by 2030.

New Mexico is not among the states that argue the Clean Power Plan threatens the reliability of the grid, but it is among the states, mostly Republican, that say the EPA’s proposed rule is illegal. That’s a thin argument, said Michel.

“Because they get sued whatever they do, the EPA was very careful to make sure they were within the bounds of the Clean Air Act.” Rule making through a federal bureaucracy is probably not the ideal way to address climate change-contributing emissions from power plants, said Michel, but it’s what the law requires.

“If we had a functional Congress, we could probably come up with mechanisms that work better, but we don’t. And frankly, we’re out of time.” The United States has been talking about the need to address climate change for decades, he said, and experts tend to view the 2020 goalpost as too far down the line.

While Flynn and the New Mexico Environment Department are not among the 21 states arguing the Clean Power Plan should be abandoned, Flynn has asked the EPA to change its baseline calculation for New Mexico’s carbon dioxide standard. The department also asked the agency for more flexibility in how states can meet the new emissions standards, which Michel said he fully expects the EPA to do.

“I think it’s premature to say that [proposed standards] are or aren’t attainable. I think they’re really attainable, at least in the states we’ve looked at in the interior West,” said Michel. “We absolutely need to do this. The EPA’s program is very achievable and can be done economically without jeopardizing anyone’s electric service.”

The final Clean Power Plan for existing power plants is expected in late summer, with the EPA proposing a separate rule to restrict greenhouse gas emissions from new power plants.

The full report is available at www.brookings.edu/~/media/research/files/papers/2015/05/27-state-environmental-agencies-clean-power-plan-wallach-kramer/cpp.pdf

Some years ago PNM conscientiously added scrubbers and electrostatic precipitators to greatly reduce such harmful elements and gases.
Secretary Flynn is correct that in 2011 NM"s implementation plan would have nearly met the EPA's requirements for these emissions.

“The Environmental Protection Agency is using the Clean Air Act, which was designed to control air pollution at the source, to dictate America’s energy policy for the next 20 years.”
What is wrong with that? We are faced with irrefutable evidence that climate change is man caused, and if it is not addressed immediately, there will be dire consequences for future generations and for the entire planet. We need to follow EPA Clean Air Act requirements now! This is not the time to "kick the can down the road". This action needs to happen now! PNM needs to fully comply with EPA requirements. The PRC needs to deny the PNM plan and follow a plan such as the New Energy Economy has put forth. Following Elon Musk's announcement of the new stackable battery technology suitable for large PV and Wind installations which will render the "what happens when it's dark or the win isn't blowing" argument moot. There are also other battery technologies that hold great promise for large installations as well that are on the way.

Again, "Clean Air" and CO2 have no connection. CO2 is a colorless, odorless gas that is not a component of smog or has any other effect on people's health. And so the science will not support EPA lumping it in with truly dangerous to your health gases like O3, NOx, SOx, Hg, Pb, etc.

Why don't you tell us what this "innocuous gas" does in the upper atmosphere? Maybe you could also enlighten us on why, if we're not contributing to climate change, (which you have asserted many times in past comments) would carbon dioxide levels in the upper atmosphere exceed 400ppm - the highest level seen in the last million+ years?
Perhaps you could explain how these levels could or could not affect the climate. And seriously, how many readers do you think know what you're talking about "dangerous to your health gases like O3, NOx, SOx, Hg, Pb, etc."?

It is not my fault people are science challenged and don't know what gases really effect their health in real time. But a Tyndall gas like CO2, CH4, and water vapor (the most powerful one as it is the most ubiquitous in the atmosphere measured in %, as compared to ppms, that's parts per MILLION, of the others) does effect heat absorption/desorption in the atmosphere of course.

During the late Pliocene and early Pleistocene Series of the Cenozoic Era, 3.6 to 2.2 Ma (million years ago), the Arctic was much warmer than it is at the present day (with summer temperatures from 3.6-3.4 Ma some 8oC warmer than today). That is a key finding of research into a lake-sediment core obtained in Eastern Siberia, which is of exceptional importance because it has provided the longest continuous late Cenozoic land-based sedimentary record thus far. The sedimentary sequence dates from recent times back to 3.6 Ma when the lake was formed by a large extraterrestrial impact. During the warm period, atmospheric carbon dioxide concentrations were close to those of today, at around 400 parts per million, indicative of a strong climate sensitivity signal in the Arctic, which has again warmed very rapidly in recent decades. You should take note that that warming and CO2 concentration had nothing at all to do with man's evil fossil fuels burning. And, in addition, in the previous 1 billion years or so, the concentration was many times higher, yet life evolved and flourished.

Dr. Johnson has been drinking the cool-aid of the oil industry. Funny how the far right is so loyal to this filty industry. Of course pumping methane and CO2 in the atmosphere will cause climate change. Even a child could understand that. And it is true that in the distant past the same thing happened with natural causes. Humans are causing climate change with air pollution and we need to stop polluting the air. For Dr. Johnson to suggest we should continue polluting the air is typical of conservatives. Highly anti social and nearly criminal in their contempt for their fellow humans and the environment.