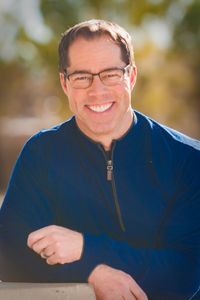 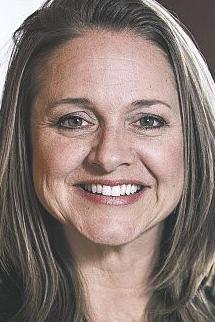 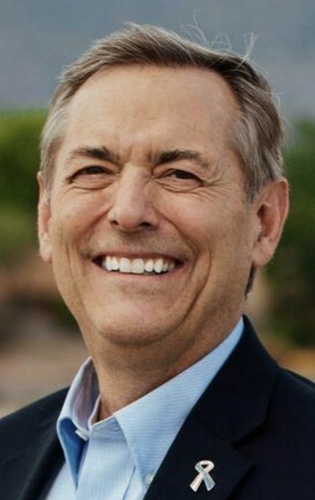 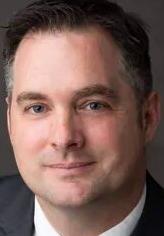 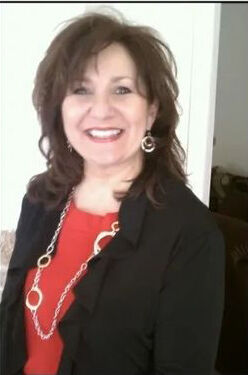 In the five-person race for the Republican nomination for governor, the two best-known and best-funded candidates have devoted much of their time and resources of late trying to label one another as either incompetent or liberal.

State Rep. Rebecca Dow of Truth or Consequences, who has branded herself the “top conservative” in the Republican primary, calls rival Mark Ronchetti, a former longtime television weatherman, a “flip-flopping double talker” who lacks the experience to serve as the state’s chief executive.

“There’s a lot on the line,” Dow said. “This is not the time to take a chance on someone who’s changed his position on everything conservatives care about.”

Ronchetti, who had vowed not to attack any of his Republican opponents in the primary, said he had no choice but to fight back.

His campaign launched a website asserting Dow has one of the most liberal voting records of any Republican in the state House, where she has served since 2017, and is trying to “fool Republicans into believing she’s a tough conservative.”

“We said from the very beginning we were running a positive campaign,” Ronchetti said. “But we won’t be a punching bag, and unfortunately, Rep. Dow went out and decided that she wanted to get negative.”

The pronouncements of who has the right skill set — and who’s redder, or worse, who’s bluer — highlight the Republican primary, where charges and countercharges blur the ultimate question for voters: Who’s the tougher opponent for Democratic incumbent Gov. Michelle Lujan Grisham?

Meanwhile, Lujan Grisham is sitting on a big pile of cash — $3.7 million, according to the latest campaign finance reports — and watching from the sidelines as the leading Republican contenders beat each other up.

Lujan Grisham, who is seeking a second four-year term, will face the winner of the Republican primary in November, as well as one of two Libertarians also battling for their party’s nomination.

Ronchetti has dwarfed his opponents in fundraising with a combined haul of $2.46 million. Dow trails with $1.36 million in campaign contributions, according to the New Mexico Secretary of State’s Office.

Jay Block, a Sandoval County commissioner who has struggled with fundraising after emerging the top vote-getter in the Republican pre-primary nominating convention, said he has no doubt Lujan Grisham will win reelection if she goes up against either Ronchetti or Dow in the general election.

“You’re seeing two professional political elites tear each other down and go back on their word that they would not go negative in this campaign, and they are both complete liars,” Block said. “People are just seeing how these two political professionals are liars and frauds.”

As Dow and Ronchetti duke it out, Block and the two other candidates in the Republican primary have tried to elevate their profiles across the state with fewer resources.

“Our TV ads come out next week, and our radio goes up starting this week, so we’re just getting into the ring,” said Greg Zanetti, a retired brigadier general in the U.S. Army.

“I think I’m better at making money for people than I am for raising money for myself,” Zanetti, an investment adviser, said with a laugh.

Ethel Maharg, a former mayor of the village of Cuba who now serves as executive director of the Albuquerque-based Right to Life Committee of New Mexico, has trailed in fundraising but remains confident she can pull an upset victory.

“People are sick of politics as usual,” she said. “Have you seen the ads that Ronchetti and Dow are running? Those million-dollar ads are nothing but trash. I’m sorry, but you don’t do that to a fellow Republican. I don’t care if they are your opponent.”

Among the Republican field of candidates, Zanetti is third in fundraising with nearly $560,000, including a $185,000 loan to his campaign. Although he said he’s well known in the Albuquerque metro area, Zanetti also said he wished he could’ve paid for more TV advertising to reach a wider audience.

A recent KOB-TV news poll showed Ronchetti “far in front” of the four other candidates seeking the GOP nomination for governor.

In addition to having built-in name recognition after appearing on TV for years, Ronchetti made a big splash in New Mexico politics when he ran for U.S. Senate in 2020, finishing second with nearly 46 percent of the vote in a three-way contest.

“Ronchetti … leads his opponents by strong double digits among most demographic subgroups,” according to the poll, which found Dow in fourth place with 9 percent of the vote.

Dow, who founded a nonprofit educational center and is co-owner technology company and also provides consulting to for-profit and community-based early childhood providers, said she’s undeterred by the poll.

“I saw the polls whenever [former President Donald] Trump won saying that he was down,” she said. “They always showed President Trump losing when he was winning.”

Dow maintains she is the best candidate to take on Lujan Grisham, saying she is the only contender who is a “proven job creator” and with the legislative experience to begin governing on Day One.

“We’re not slowing down,” she said.

Asked what obstacles she faced in the weeks ahead, Dow said “a weatherman with no record” and “being outspent 5-to-1 by a sleazy consultant,” referring to Ronchetti’s political consultant, Jay McCleskey, who ran former Republican Gov. Susana Martinez’s gubernatorial campaigns.

Efforts to reach McCleskey for comment were unsuccessful. But in response to Dow’s remarks, Ronchetti’s campaign spokesman, Enrique Knell, said: “Dow’s biggest problem is her own voting record.”

Dow said she didn’t understand why Ronchetti appeals to some voters.

Ronchetti said assertions he doesn’t have the experience to be governor are unwarranted. He said “lifelong politicians” have stymied New Mexico.

“Since when have our best leaders been lifelong politicians?” he asked. “My experience has been that I’ve lived in this state, I’ve been around this state, communicated with people in this state, and we had to build a movement so that the elite [politicians] start to listen, and that’s something we have a great deal of experience with, more so than anybody else.”