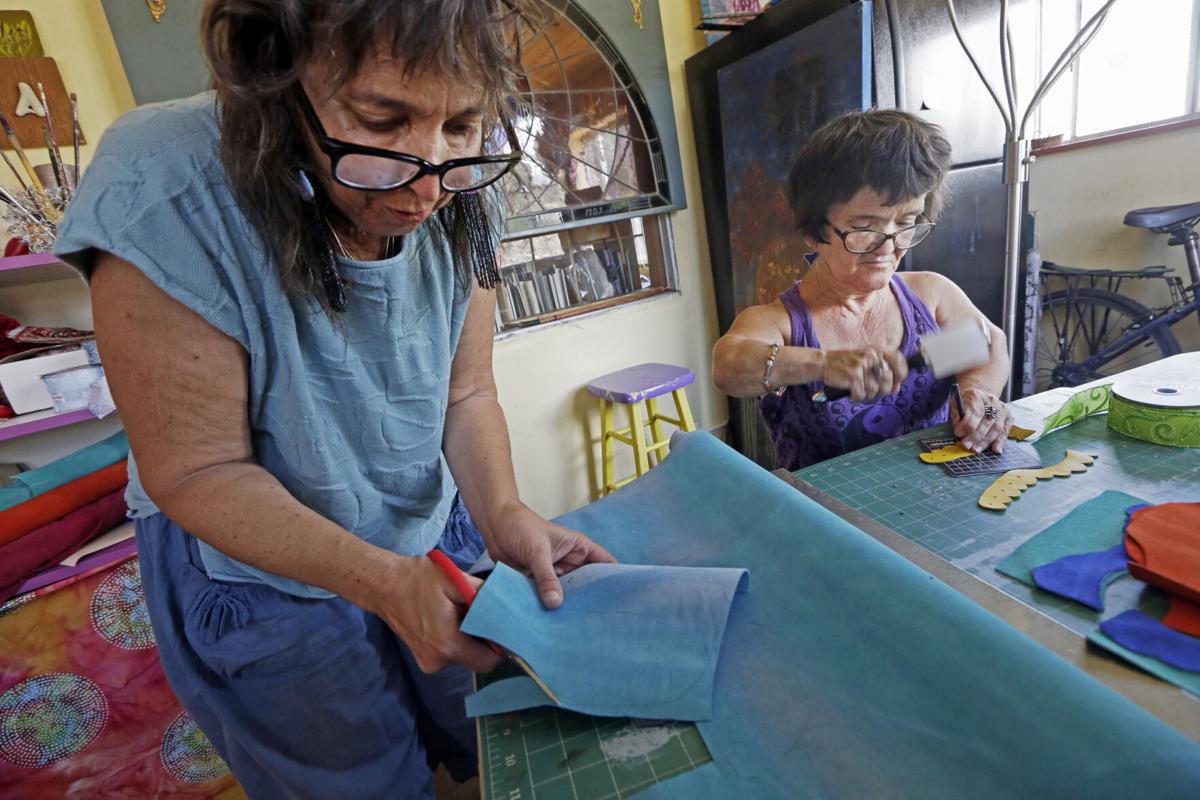 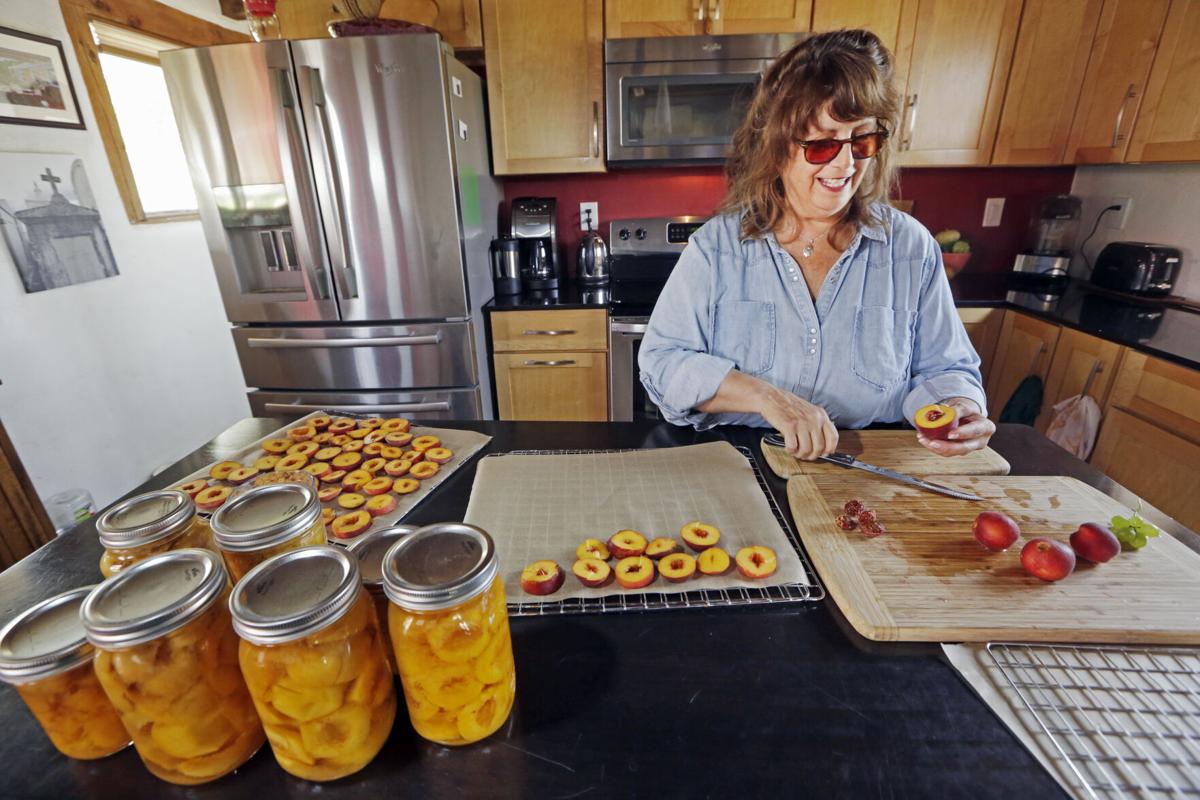 Suzanne Chavez of Santa Fe slices peaches from her garden last month. She decided to retire early rather than returning to her job as a spa director during the pandemic. 'My garden has never looked better,' said Chavez, 61. 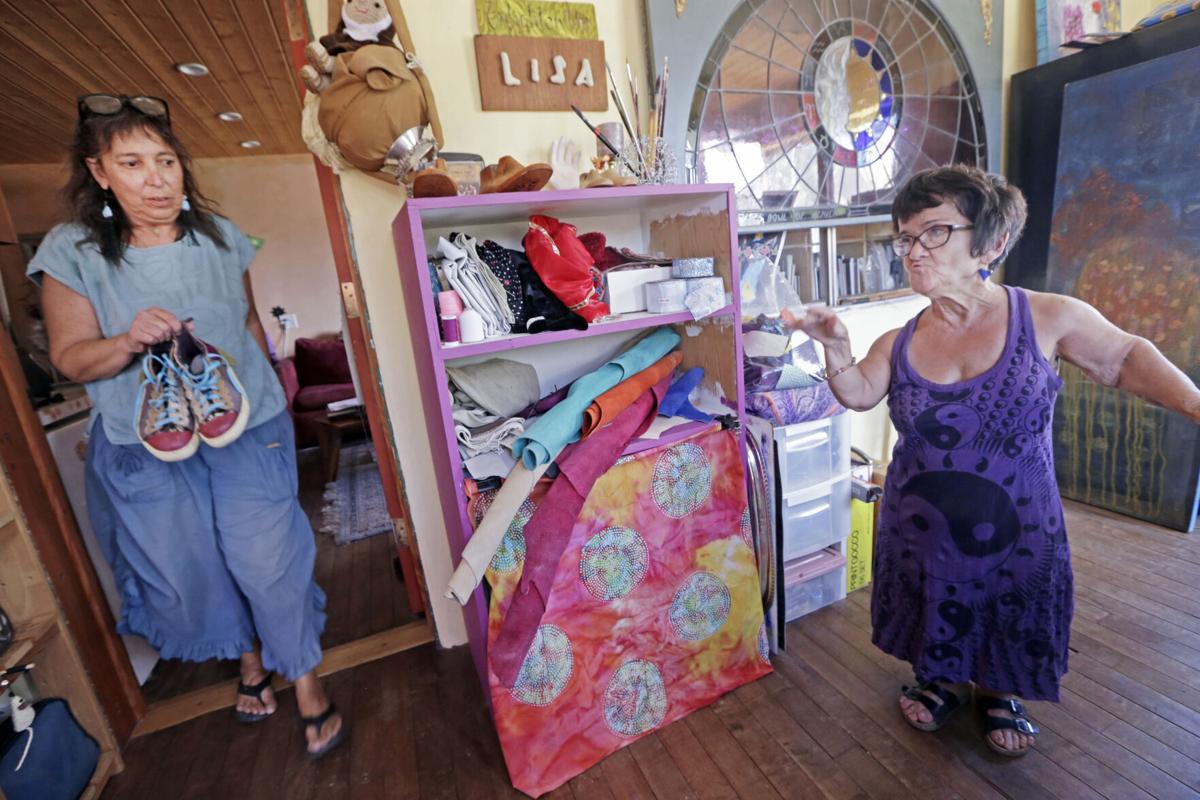 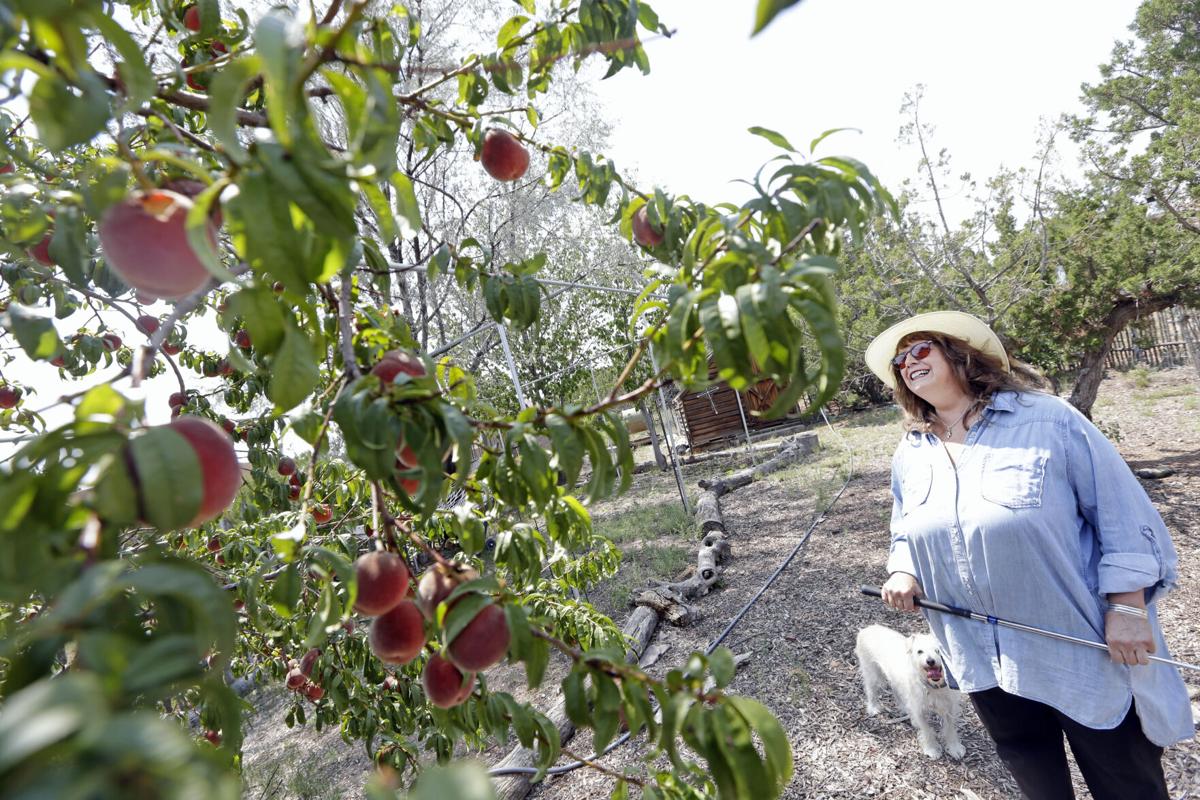 Suzanne Chavez of Santa Fe looks at her peach tree in her garden last month.

Suzanne Chavez of Santa Fe slices peaches from her garden last month. She decided to retire early rather than returning to her job as a spa director during the pandemic. 'My garden has never looked better,' said Chavez, 61.

Suzanne Chavez of Santa Fe looks at her peach tree in her garden last month.

The Great Resignation is in full season — the latest of COVID-19’s effects on the American workplace.

First came mass layoffs in the spring of 2020 as pandemic lockdowns closed a wide swath of businesses in New Mexico and throughout the country.

Then came a dizzying mix of outcomes. Some didn’t return to their old jobs because they found better ones. Others had to stay at home to take care of kids as distance learning took hold in the schools. Still others waited it out with unemployment benefits.

But since the spring, record numbers of people have quit, resigned or stepped away, leading Texas A&M University professor Anthony Klotz to coin the phenomenon as the Great Resignation — one that has the possibility of creating a shift unlike any other at businesses large and small.

The pandemic — initially seen as constricting at best and terrifying at worst for thousands of New Mexico workers — is now opening new doors and more freeing opportunities. And many are bidding farewell to their old way of doing things, including their jobs.

“In this historically tight labor market, it’s truly a job seeker’s market like nothing we’ve ever seen before,” Sabrina Benavidez, director of Express Employment Professionals in Albuquerque, wrote in an email. “Job seekers know that they can leave their existing position — even in skilled roles — and transition to an entry level, unskilled position, regardless of the industry, for higher pay.

“While some employers can afford to pay these higher rates, that’s not the case across the board, especially for ‘mom and pop shops,’ ” she added. “Many smaller businesses are unable to do so, which ultimately means they struggle to recruit the talent needed to fill their open positions.”

As Labor Day approaches, it’s clear workers are moving around — many prompted, in one way or another, by the pandemic.

In early August, Lisa McDonough left a downtown gallery where she was bookkeeper and manager for 14 months. She started a business called Purple Turtle Studios to make shoes for people with dwarfism with business partner Leslye Sneider, who has dwarfism.

“I saved a lot of money during the pandemic, and now I can put my savings to use to get my shoe business off the ground,” said McDonough. “With all the extra stress of going to the office, it’s a treat for myself to do exactly what I want to do. Now I really have to fulfill my creative passion.”

Stories like McDonough’s, experts say, are more common than they may have been a few years ago.

The term “Great Resignation” is oft-repeated but astonishingly new in the common vernacular. Klotz was first quoted using the term in May in Bloomberg Businessweek. He said people who had jobs sat tight in 2020 during the depths of pandemic lockdowns, creating pent-up resignations that didn’t happen last year.

The U.S. Labor Department in April reported a nationwide record 4 million “quits.” The most recent Labor Department statistics for “quits” in New Mexico are for March, with 19,000 people leaving jobs just before the Great Resignation took hold. The state Department of Workforce Solutions reported 71,973 online job openings for June, the most since at least 2008 and possibly ever.

Rosa Martinez, 36, left her job in June as a business analyst for a state agency to join the private sector.

“It was my favorite job of all time, but it was a situation where you love the job but the job didn’t love me back,” Martinez said. “It’s mostly just there are so many jobs out there. With the times changing, the pay rate is changing. I got a 25 percent raise doing the same thing in the private sector.”

As the pandemic continues, the changes in the job environment — both operationally and financially — have had massive ramifications, said Mirta Galesic, a cognitive and social psychologist at the Santa Fe Institute.

“Working hard, commuting, with little free time was the social norm that was so internalized that people might have felt ashamed to ask for better conditions,” Galesic wrote in an email. “Now, with sudden seismic changes in the way many people work, people can see — if not on their own but just looking around them — that it is possible to work well and be productive in different working arrangements, and that there are options out there that might enable them to have more fulfilled lives.”

Suzanne Chavez brought more fulfillment to her life by retiring early rather than continuing as spa director at the Inn & Spa at Loretto.

The Loretto closed March 17, 2020, for what was expected to be just two weeks. When the resort reopened in June 2020, Chavez said she was asked to be spa director at Loretto and Eldorado Hotel & Spa, both owned by the same company.

“Massage therapists didn’t want to come back,” Chavez said. “I’m making these COVID protocols. I’m trying to hire people. I just said ‘I don’t have to do this. I don’t know if I can keep my people safe.’ I hit my maximum. I quit.”

“I reached the limit and the stress of COVID,” Chavez said. “I’ve been working my whole life.”

Chavez joined a rush of new retirees from February 2020 to June 2021, a period when the Federal Reserve Bank of Kansas City, Mo., reported 3.6 million people retired.

Dominic Gonzales, 42, didn’t retire, but left Santa Fe in May for Denver with his fiancée Andrea Lucero and three kids. They sought better and in-person schools for their children and more work opportunities. Both resell dresses; Gonzales said the move doubled his pay for doing the same kind of work.

Lucy River, 39, started at the Law Office of the Public Defender in Santa Fe on March 8, 2020, and was sent home to work just over a week later as the pandemic approached. She left in September 2020 to join a law firm in Albuquerque that mostly let her work in a remote setting — until the economy started reopening.

Then River opened her own firm in a small office on Llano Street in April.

“I wanted to do that eventually but not in the second year of my practice,” River said. “I fast-forwarded with my five-year plan. I’ve been making a profit every month. It’s not much. It’s terrifying.”

Matthew Farquhar, 56, traded an elementary school classroom for power tools. In mid-June, he left Turquoise Trail Charter School, where he’d worked for five years, and accepted a construction job offer from his best friend in Albuquerque.

“He asked, ‘How much do you earn? I’m going to beat that,’ and he did,” Farquhar said. “I’ve been learning to build walls. I learned how to use a table saw safely. I’m learning to make forms and footings. It feels fantastic. My favorite thing is I get to learn new things every single [day].”

Farquhar said the adjustment fits his lifestyle, and it frees him from the frustrations of teaching remotely.

“Remote teaching is a poor substitute for in-person teaching,” he said. “COVID is a big deal for me. I would much rather work outside than inside. I’m working outside, where it’s safer.”

“I think it’s a combination of things, but the most important thing is they are being shown a different thing,” Pozzebon said. “I can work at home. I don’t have to work in the service industry any more. It feels like people’s eyes were opened to new possibilities. That is what the pandemic has offered us is the possibility of what’s coming next.”

Mike Wheasler understands. He recently stepped away from a grocery store deli, disenchanted by “general dysfunction and little organization.” He now lives at a motel hoping to find good work.

“It is time to ask employers why they are worth working for, instead of the old, ‘Why are you qualified to work for us?’ ” Wheasler said.