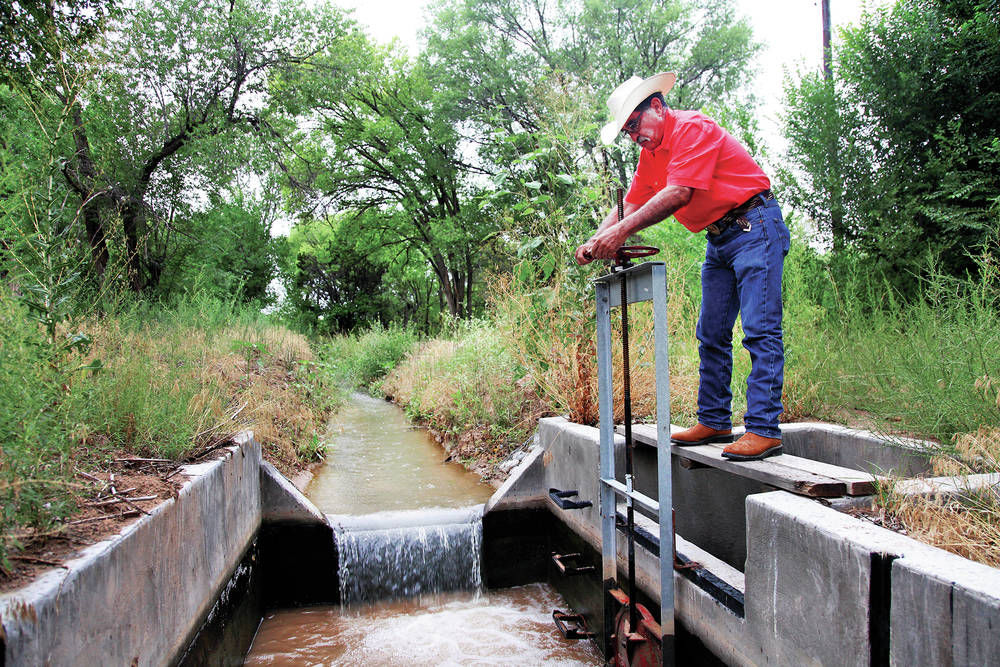 Edward Romero, mayordomo of the Acequia de las Jollas, opens the sluice gate to release water back into the stream in 2017. Gabriela Campos/The New Mexican 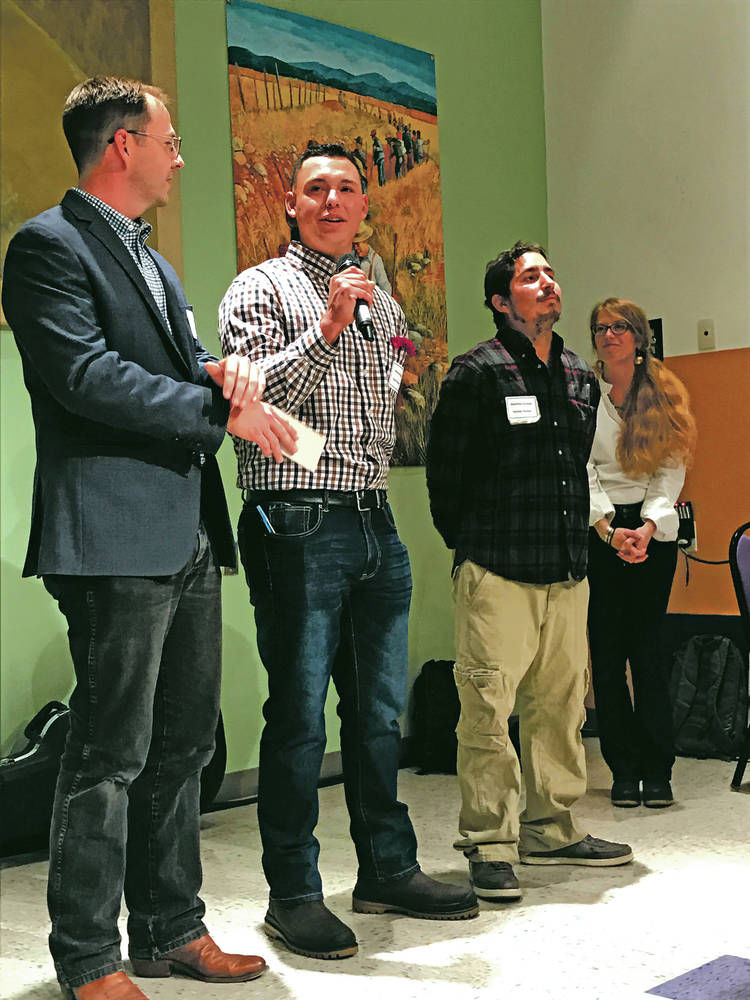 Edward Romero, mayordomo of the Acequia de las Jollas, opens the sluice gate to release water back into the stream in 2017. Gabriela Campos/The New Mexican

With limited success, New Mexico politicians over the years have cut the corporate tax rate and offered lucrative incentives to companies pitching desk jobs in a state that offers few opportunities.

Meanwhile, a smaller, grass-roots organization is encouraging a generation of young New Mexicans to get outdoors, roll up their shirtsleeves and help protect the state’s agricultural legacy. As an old guard of farmers are retiring from fallow fields, scarce water supplies are being transferred to moneyed, urban interests. The trend is putting a centuries-old tradition at risk.

Dozens of farmers gathered Saturday for the Congreso de las Acequias, an annual meeting of the New Mexico Acequia Association, for an update on the group’s mission to protect water so that growers here can continue to produce healthy food for local communities. Among the efforts are a mentorship program for young people that launched earlier this year with three apprentices.

“For us it’s become a form of activism; we consider ourselves water warriors,” said one of the trainees, 32-year-old Shane Tolbert, who introduced himself as an artist who relocated to Abiquiú from Houston with the intention of farming. “It’s changing hands in generations,” he said, “and we’re looking for other farmers to be there with us.”

As New Mexico has pulled out of a protracted drought — monitors say most of the state now shows no sign of drought, save for the western border with Arizona, where conditions are “abnormally dry” — the topic of the annual event was not the weather.

Rather, acequia organizers gathered at the Santa María de la Paz Parish Hall focused on the increasing age of New Mexico’s farmers and strategies for replacing them with a new generation to protect the state’s agricultural water supplies from being transferred for other uses — what some say is the biggest challenge to keeping acequias flowing.

While population centers in New Mexico are not as booming as in neighboring states — economists say New Mexico is one of the few Southwestern states with a stagnant or possibly declining population — outside interests continue to consider sprawling development projects outside large cities such as Albuquerque, which would require water rights transfers.

Jennie Greb, project assistant for the Center for Social Sustainable Systems, told Saturday’s crowd that acequia flows have come under threat as Western Albuquerque Land Holdings plans a big development in the city that would use one-and-a-half times more water annually than that consumed every year in Santa Fe.

The Santolina development, backed by the British bank Barclays, is only one example of an outside threat to local water, Greb told the crowd.

The State Engineer’s Office defines acequias as community ditches “recognized under New Mexico law as political subdivisions of the state.”

“Many of the state’s acequia associations have been in existence since the Spanish colonization period of the 17th and 18th centuries,” according to the office’s website.

Paula Garcia, executive director of the New Mexico Acequia Association, said in an interview that the training program funded by the nonprofit is teaching young farmers the value of New Mexico’s water. There’s no age limit or demographic limitations to participate in the project, she said, encouraging others to apply by early January.

“Our hope is that we can help farmer trainer programs across the state,” she said.

Becoming a farmer is no easy task. A person needs access to good farming land, as well as enough passion to overcome the disappointments of inevitable crop failures and fickle weather.

Serafina Lombardi, New Mexico Acequia Association director of education and outreach, said the trainees’ first day was held at the Roundhouse to show them their responsibility of making sure their voices are heard.

They learned some basics of farming at the program’s site in Chamisal, a small community in Northern New Mexico between Dixon and Peñasco.

“This is one small step in the process of saying we’re trying to create a model that involves both sacred tradition and economic viability,” Lombardi said.

Nicanor Ortega, 28, one of the apprentices, said he grew up north of Taos. His family was no longer farming then, but Ortega, an Army veteran, was able to purchase land and long-unused water rights from his family when he returned from service. He is now using those rights to irrigate crops. The only thing that is going to keep us safe is water and seeds, he said.

Matthew Encinas, 28, of Chimayó said he was a single parent about to lose a job before he got into farming. He now works in landscaping and has a degree from Santa Fe Community College.

Being an apprentice in the New Mexico Acequia Association’s training program has helped him realize the importance of his father’s advice to preserve his land and ditches, he told the crowd.

Getting out into the field presents challenges and hardships, Tolbert admitted.

“I cursed grasshoppers for about a month,” he said.

But, he added: “There was a moment where it just clicked, and the tools did the work for you.”

The program is “about the future; this is about the kids,” he said.

“We need more young farmers to take over this land and to protect this water,” Tolbert said. “It’s community water, and you have to use it or you lose it. And we feel a heavy burden and responsibility — and we’re working hard to build on what you’ve given us.”