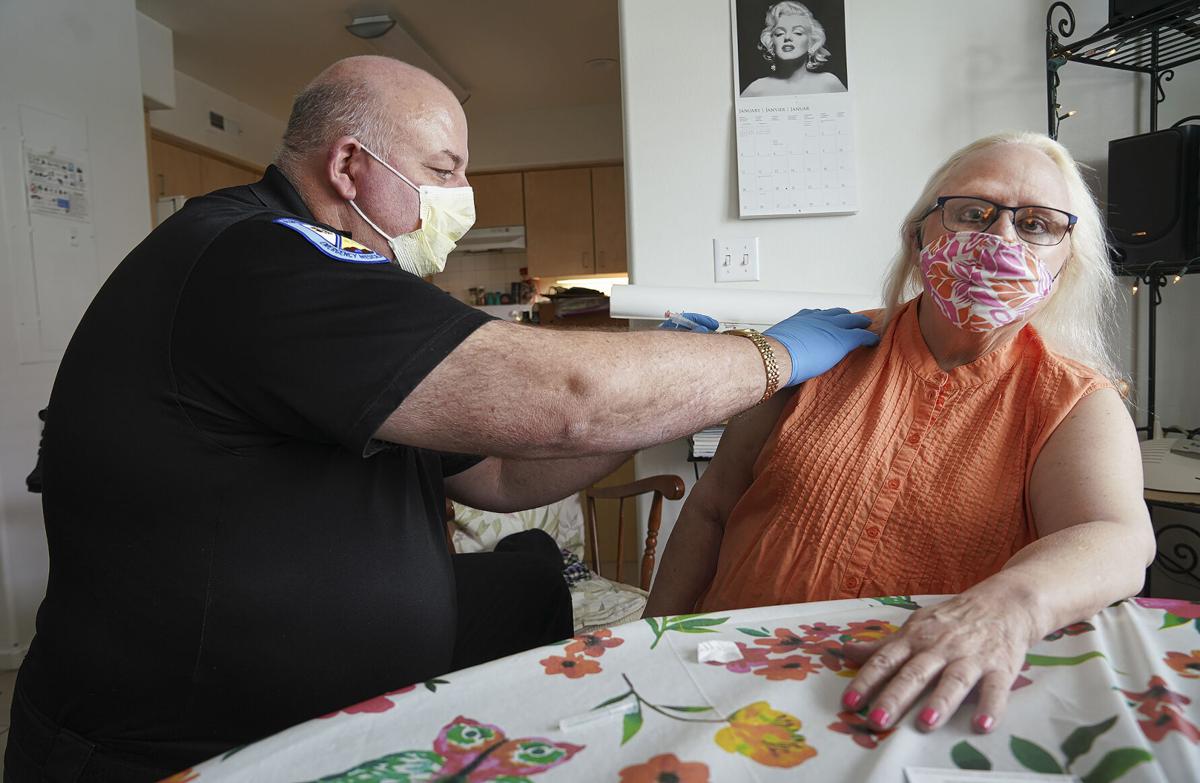 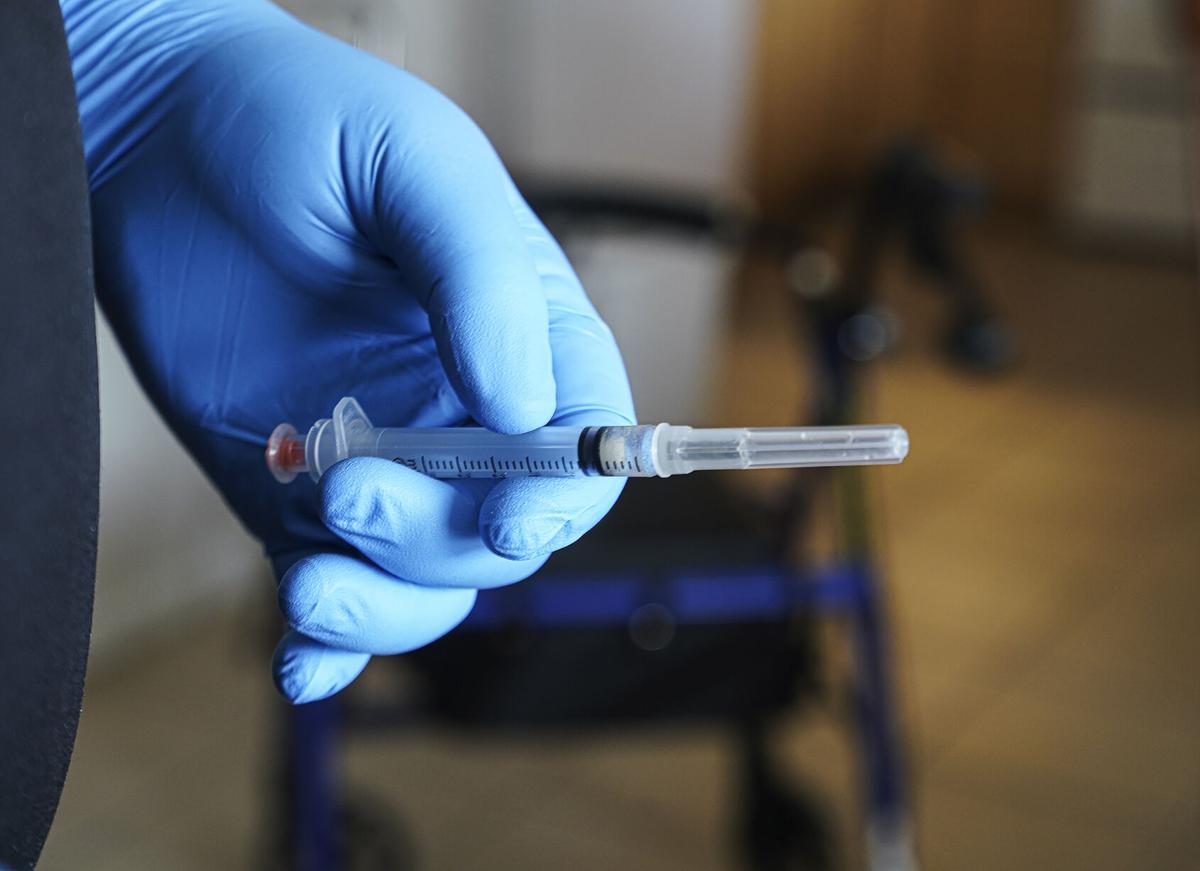 A tall man stuck a long needle into Lynne Michell’s right shoulder Wednesday afternoon, and she expressed gratitude for the honor.

Michell, 64, is one of up to 40 homebound Santa Fe-area residents who will receive a Johnson & Johnson coronavirus shot this week through a program involving Presbyterian Health Plan, the state, the Medicaid program and Albuquerque Ambulance. Around 300 homebound people in the Albuquerque area already have received shots through the initiative.

A spokesman for the state Department of Health said community fire departments, emergency medical services and health agencies have played a big role in getting vaccinations to “thousands” of homebound New Mexico residents. The Health Department doesn’t track precisely how many. Residents and staffers in most homeless shelters also have been vaccinated, he said.

Michell seemed delighted to have the company of paramedic John Watson Jr. He filled out some documents with Michell, then kneeled beside her.

The needle sunk into her shoulder and came out just as quickly. “Easy,” Michell declared. No blood whatsoever, Watson noted.

Michell, all 4 feet, 111/2 inches of her, tilts to the left with scoliosis, a curvature of the spine. She uses a wheeled walker but disagrees that she’s homebound. She can go for strolls, she said, and she owns two cars. Nevertheless, her mobility is severely restricted.

Watson, 55, looked at Michell’s walker. “My dad used to have one like that,” he said. He packed up after waiting 15 minutes to make sure his patient had no reaction to the shot. Michell told him his service was great.

“Balance is a big thing,” Michell went on, then described some of the falls she’s taken. One bruised her face and another broke her left shoulder.

“I’ve had too many medical issues to really enjoy my time here,” she said of her six years in Santa Fe. “I was lonely before COVID came.”

The Presbyterian Health Plan program counts on the state’s Aging and Long-Term Services Department to share the vaccine doses, the Presbyterian system’s pharmacy to take care of the medication, care coordinators to schedule the shots and Albuquerque-based paramedics like Watson to administer them.

“We really tapped all parts of our system to execute on this campaign,” said Mary Eden, Presbyterian Health Plan’s senior vice president for government programs. “I’m representing a big team that is making this work.”

In the kitchen of Michell’s apartment on Santa Fe’s north side are a round dinner table, CDs, a stereo system and TV, greeting cards, a Marilyn Monroe-themed calendar and a book by the Dalai Lama titled An Open Heart.

One of the cards shows Winnie the Pooh embracing Piglet. The card reads: “A hug, said Pooh, is always the right size!”

Michell said she loves to sing and mentioned Tracy Chapman, Patty Griffin and Crosby, Stills, Nash & Young as musicians she likes. By the time you’re 64, she said, you’ve collected a lot of musical tastes.

She said she writes poetry, reads, walks and meditates. She hasn’t worked in years, she said. Her disability initially related to mental illness, she said, including depression and anxiety. She said she used this long period of pandemic to lose 43 pounds.

It’s been a hard time in which to make friends, she said, and she talked about moving and starting anew.

“I know my next-door neighbors,” she said. “The older you get, the harder it is.”

But she had her shot, and that was a victory.

presbyterian probably can do it will all the left over funds they have after dodging their tax obligation.

Ehh, I don't know Zach. They gotta find a way to fund that hospital that virtually nobody uses...

This is wonderful but what is Pres doing to mitigate the damage and make reparations over its massive data breach? These orgs need to be held accountable for their negligence. A dedicated phone number and vague letters are not enough.