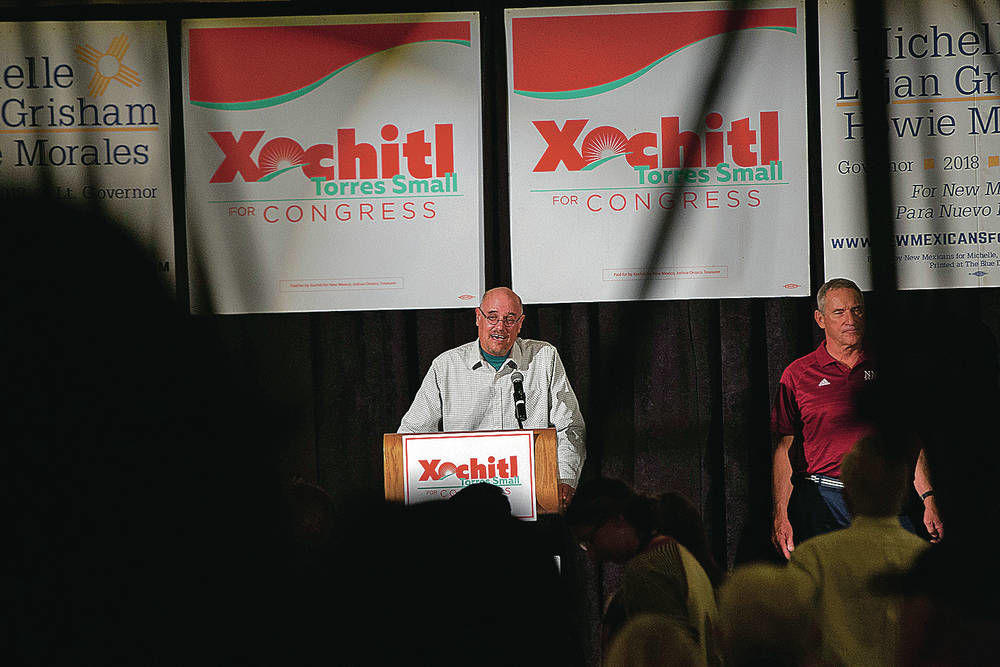 Steve Fischmann, then PRC commissioner-elect, speaks to supporters at the Las Cruces Convention Center on Election Day in 2018. 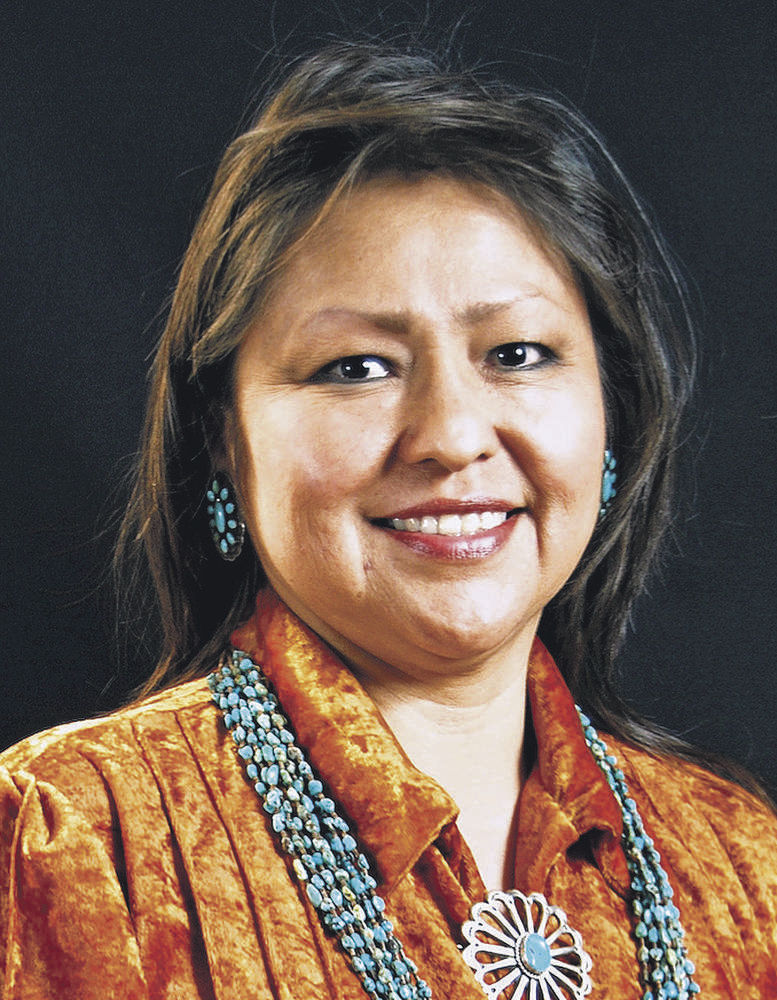 At least three members of the state Public Regulation Commission wanted a change in the chairwoman’s seat.

On Wednesday morning, they got one.

The commission voted without discussion to replace former Chairwoman Theresa Becenti-Aguilar and install a new chairman.

Commissioners voted 3-2 during the online public meeting to appoint Stephen Fischmann of Las Cruces the new chairman of the commission, which regulates utilities in New Mexico. As chairman, Fischmann will lead and facilitate the agency’s public meetings.

Fischmann, a Democrat who joined the commission in 2019, declined to answer any questions on the matter.

“I just have no comment on that. What can I say?” he said.

Becenti-Aguilar, a Democrat, and Commissioner Jefferson Byrd, a Republican, voted against appointing Fischmann.

In a telephone interview, Becenti-Aguilar, who will remain on the commission, said she believes she was displaced because of a disagreement with other commissioners over broadband expansion projects. As a Navajo Nation member and resident of rural Coyote Canyon, where she said she lives without internet service, a landline phone connection, running water or electricity, expanding broadband in rural areas is a priority for her.

She contended that has not been a high priority for her colleagues.

Commissioner Cynthia Hall disputed the assertion that a disagreement over broadband expansion in rural New Mexico had anything to do with Becenti-Aguilar’s ouster as chairwoman. But Hall claimed she didn’t know why she and fellow commissioners voted Wednesday to select a chairman after Becenti-Aguilar served in that role for nearly two years.

Hall also said she did not know who led the charge.

“I do think Steve … has a more holistic view of the functioning of the agency,” Hall said in an interview. “He’s been a state senator in the past, so he has a good view of how we can coordinate with the Legislature and maybe the Governor’s Office, so I think he brings really good leadership skills.

“She did a good job,” Hall added, referring to Becenti-Aguilar. “But I just think Steve is kind of uniquely skilled to address a number of challenges we are having to deal with during the pandemic and our move and so forth.”

Immediately after Becenti-Aguilar was voted out as chairwoman, she briefly delayed a vote on whether to appoint Fischmann as the new chairman by questioning whether the panel was properly adhering to meeting decorum.

Commissioners eventually referred to the guidelines for decorum, and the PRC’s general counsel even weighed in that no rules had been violated and suggested they vote on whether to appoint Fischmann.

The discussion underscored what seemed to be a longstanding frustration for some commissioners over Becenti-Aguilar’s tendency to derail or delay public meetings with insubstantial questions, Commissioner Valerie Espinoza suggested during the meeting.

“If you’re trying to undermine the process, there’s a ‘do no harm’ rule,” Espinoza warned Becenti-Aguilar during the meeting, adding the prolonged discussion about Robert’s Rules of Order was upending Wednesday’s agenda.

“We’ve been through a lot as a commission, and I believe we need to proceed,” she continued. “It’s not conducive to have 120 people wait and have a monkey wrench thrown into the business … and that’s the problem. We need to move on.”

In an interview after the meeting, Espinoza suggested the change in leadership had to do with the commission gearing up to begin negotiations with the Governor’s Office and the Legislature for its budget in January — and the strain of the agency being evicted from its longtime office.

She said she had wanted a new chairperson since early this year.

“It’s nothing personal. I just believe that for the sake of effectiveness and productivity and … for us to serve the public, we have much business ahead, and I think the timing is good and now is as good a time as ever,” Espinoza said. “It’s not business as usual anymore. I just would like to see that we portray an image of professionalism … so I think we’re hoping that this change will help us.”

Toward the end of the meeting, Fischmann said his new role as chairman will allow him “just to move meetings along and help coordinate. But I want every commissioner to know … we are all equal in our influence, and I plan to be sure that everything we do reflects that.”

I see no evil, I hear no evil, I speak no evil, what else can I say? Oh yes! I can smell and feel evil!!

I can hear you yelling with your all-caps comment. What a Russian Troll.