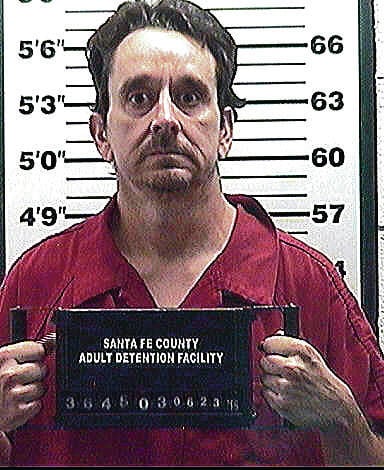 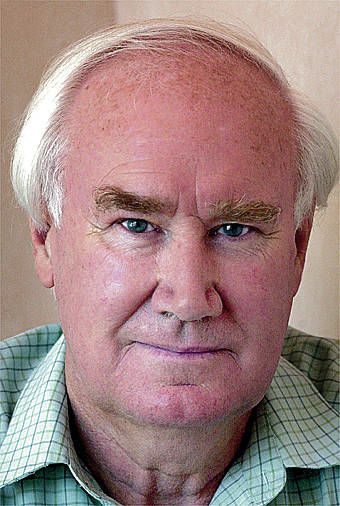 The Santa Fe Police Department has issued an arrest warrant for a Nevada man who may have violated a restraining order when he showed up at the home of famed Santa Fe author and antiques dealer Forrest Fenn over the weekend.

Police are looking for Francisco “Paco” Chavez of Henderson, Nev., who was believed to be heading from New Mexico to Arizona and then to Nevada on Sunday night, Deputy Chief Ben Valdez said.

Valdez said police were called to Fenn’s home around 2:55 p.m. Saturday after a member of Fenn’s family answered an intercom call at the gated home and found the uninvited visitor was Chavez, who had threatened and stalked Fenn’s adult granddaughter several years ago.

By the time police arrived at Fenn’s residence, Chavez was gone, Valdez said.

Reached by email Sunday, Fenn said he wanted to stay “quiet” on the incident.

A judge sentenced Chavez to three years of probation in 2018 after Chavez admitted he had stalked both the daughter and granddaughter of Fenn in an effort to find the fabled treasure that Fenn said he hid somewhere in the Rocky Mountain range some nine years ago.

In May 2016, Fenn’s daughter told Santa Fe police that Chavez had decided her daughter — Fenn’s granddaughter — was the treasure Fenn refers to in a poem in his memoir The Thrill of the Chase.

That poem purports to give clues to the whereabouts of a treasure chest of goods, valued in the millions, that Fenn said he hid in an effort to get people outdoors and give them the chance to take part in an old-fashioned adventure.

The treasure hunt has drawn worldwide attention and brought a number of uninvited guests to Fenn’s Santa Fe residence, including a Pennsylvania man who, convinced the treasure was contained in a linens chest within the premises, broke into Fenn’s home.

Fenn and his daughter, both armed, held that man, Robert Miller, until police arrived to arrest him.

Last year, Forbes magazine reported some 350,000 people had searched for the treasure over the years.

Earlier this year, in a “six questions for Forrest Fenn” interview posted on the website Mysterious Writings, Fenn said some people have claimed to have found the treasure, but none of them have yet proved it by providing photos or details of its whereabouts.

In that interview, he said he hoped the artifacts in the chest are “enjoying each other’s company as they patiently listen for the clomp of a boot.”

Several people have died while searching for the treasure, leading some to ask Fenn to call off the hunt. He has refused.

The search has also inspired an annual gathering of treasure hunters, known as Fennboree. This year’s event will take place at Hyde Memorial State Park in July.

The 2018 incident was the second time Chavez, now 49, had been placed on probation for harassing Fenn’s relatives. Chavez had violated the terms of his probation the first time by failing to report and tampering with an electronic monitoring device.

Valdez said his department is taking the report “seriously” because of Chavez’s past behavior and the fact that the suspect told a police officer by phone that he had been to Fenn’s house Saturday.

What to do when deliveries are painfully slow