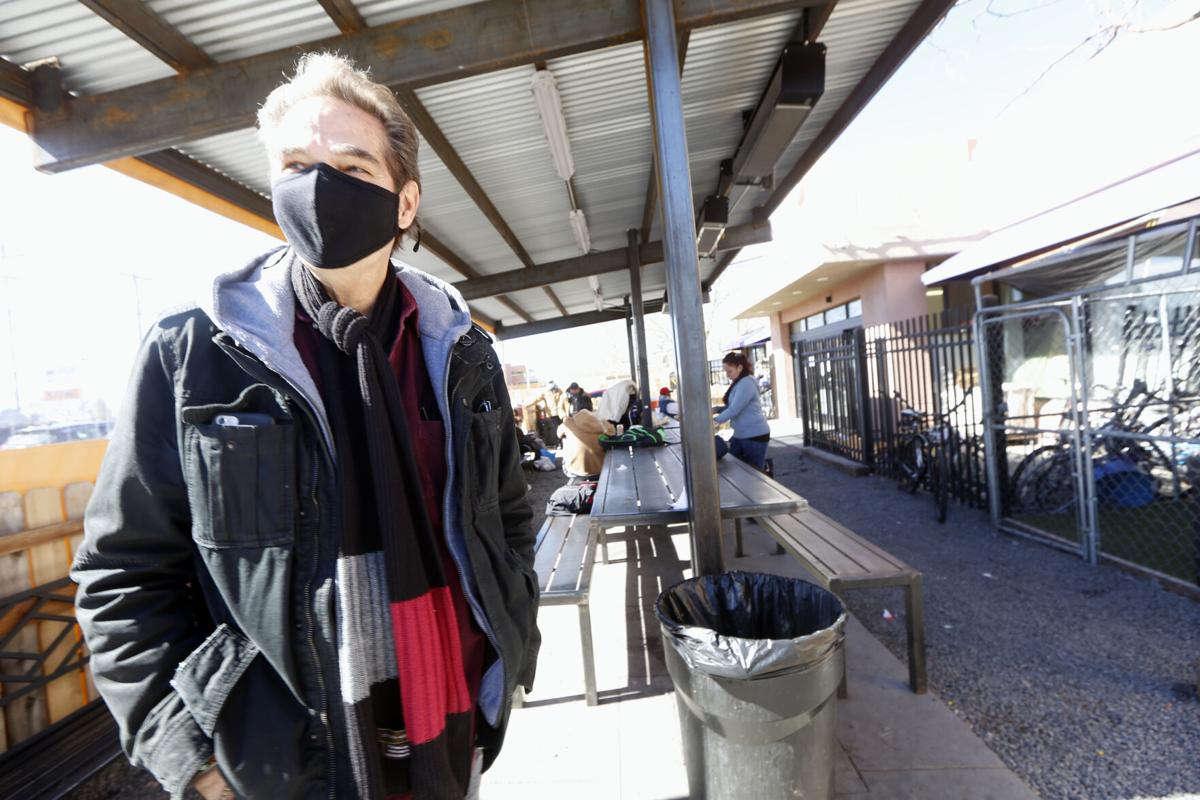 Joe Jordan-Berenis, executive director of the Interfaith Community Shelter at Pete’s Place, stands outside the shelter Tuesday. He's retiring at the end of April. 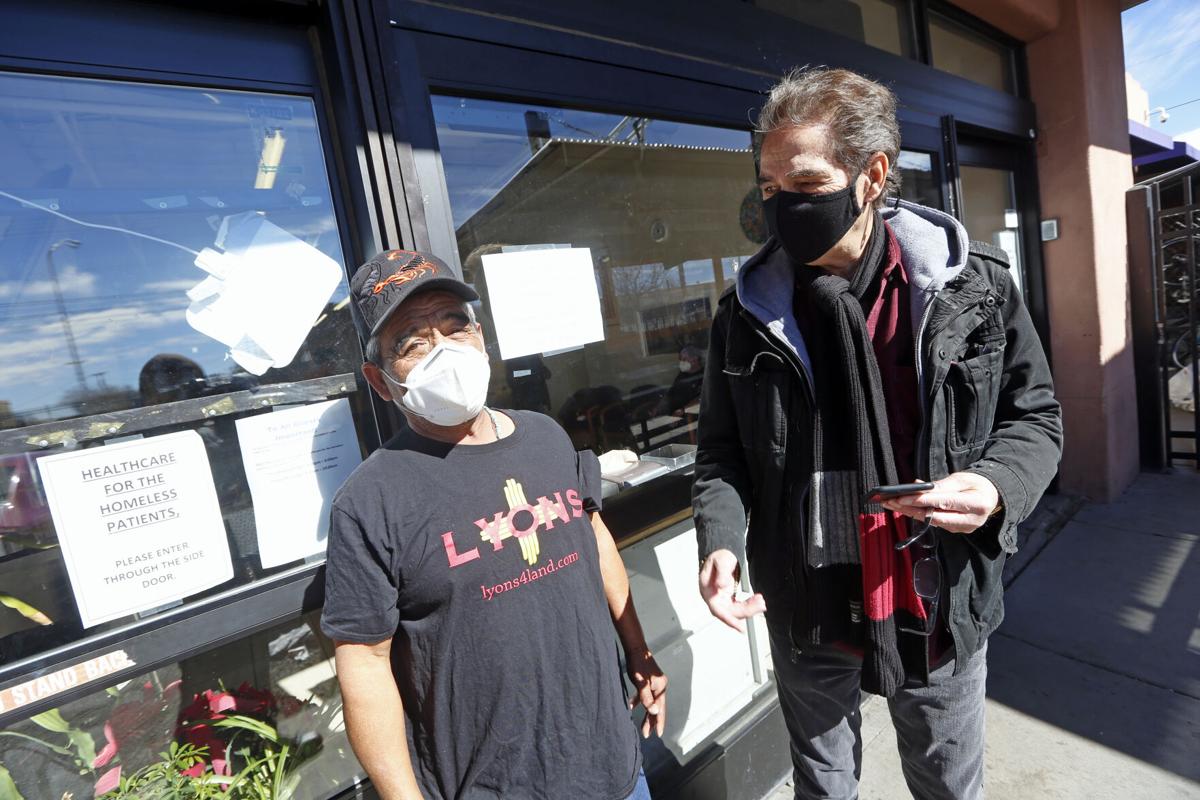 Joe Jordan-Berenis, executive director of the Interfaith Community Shelter at Pete’s Place, speaks with Ramon Vasquez, a volunteer and resident, outside the shelter Tuesday. 'You can't help everybody, but you can help all those that can be helped,' Jordan Berenis said. 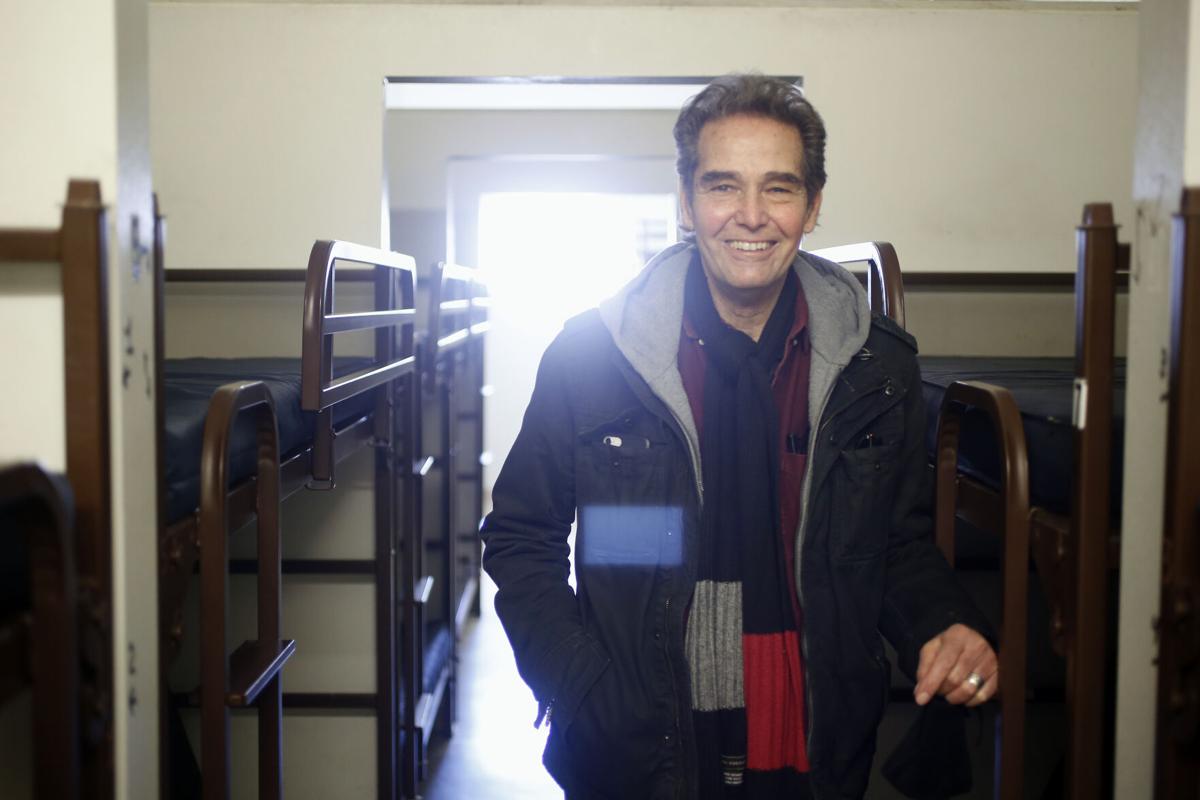 Joe Jordan-Berenis, executive director of the Interfaith Community Shelter at Pete’s Place, is retiring after a long career in social work in New York and New Mexico. 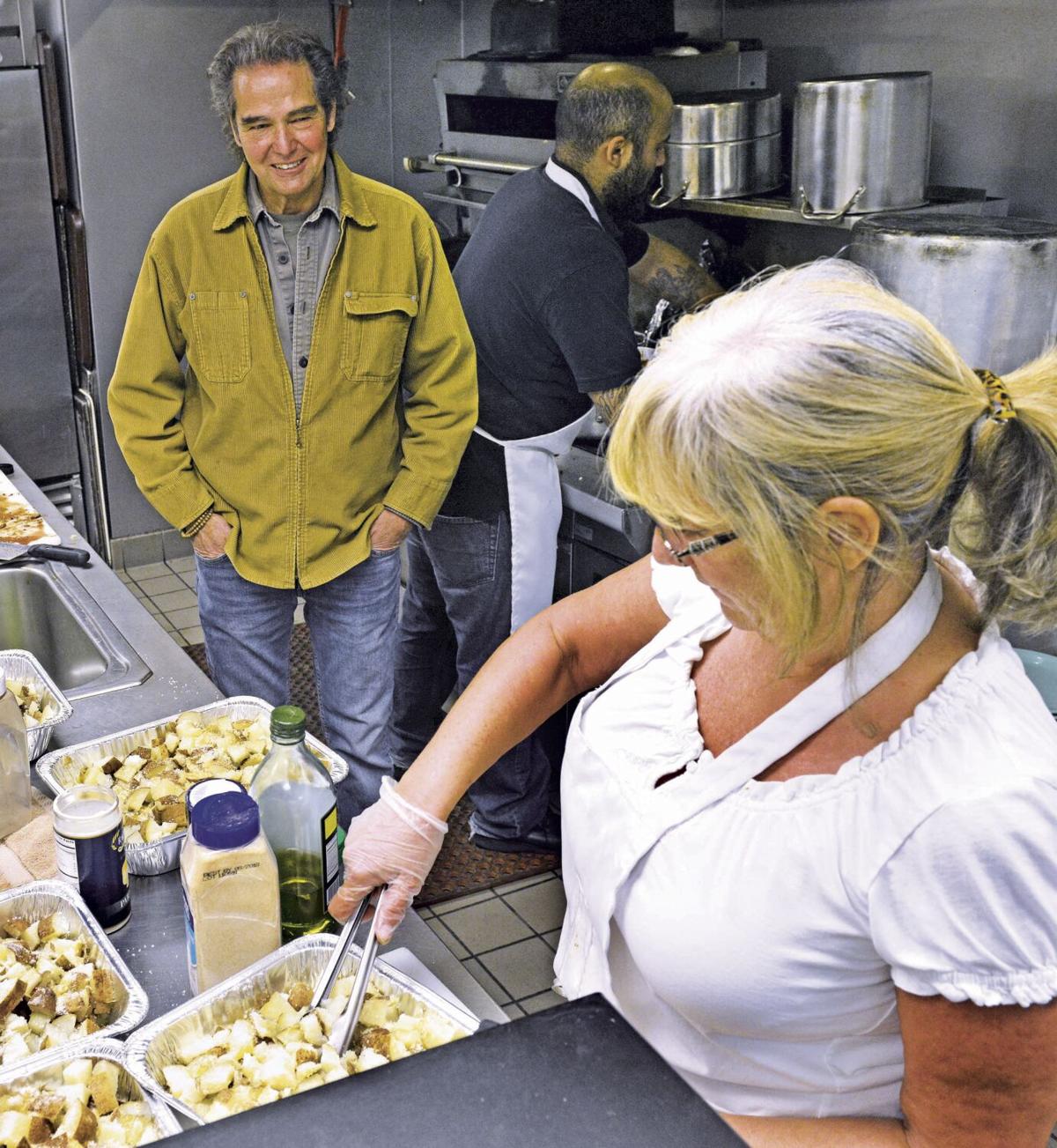 Joe Jordan-Berenis, left, director of the Interfaith Community Shelter at Pete’s Place, speaks with volunteer Susan Peterson and kitchen manager Earl Watson as they prepare food at the shelter in 2015.

Joe Jordan-Berenis, executive director of the Interfaith Community Shelter at Pete’s Place, stands outside the shelter Tuesday. He's retiring at the end of April.

Joe Jordan-Berenis, executive director of the Interfaith Community Shelter at Pete’s Place, speaks with Ramon Vasquez, a volunteer and resident, outside the shelter Tuesday. 'You can't help everybody, but you can help all those that can be helped,' Jordan Berenis said.

Joe Jordan-Berenis, executive director of the Interfaith Community Shelter at Pete’s Place, is retiring after a long career in social work in New York and New Mexico.

Joe Jordan-Berenis, left, director of the Interfaith Community Shelter at Pete’s Place, speaks with volunteer Susan Peterson and kitchen manager Earl Watson as they prepare food at the shelter in 2015.

Manuel Baca couldn’t pay the security deposit for an apartment, he said, so he turned to the Interfaith Community Shelter at Pete’s Place, where staff helped him find a hot meal, a motel room and eventually his own spot.

“I’ve always been working, but Santa Fe is so expensive, I could never afford to pay the first month upfront,” said Baca, who works several jobs as a security guard around town. “He helped me get back on track.”

Baca was speaking of the shelter’s executive director, Joe Jordan-Berenis.

Following a long career in social work in New York and New Mexico, Jordan-Berenis, 74, is retiring at the end of April.

Briana Martinez, another shelter client, also credited Jordan-Berenis with helping her get on a better path.

She was struggling to stay sober, she said, and the shelter offered a second, third and fourth chance at stability.

“If you’re struggling to stay clean, there is nowhere else in Santa Fe for you to go. Nowhere else. It’s scary being a young woman on the streets, and the only place I could get something to eat then was at Pete’s,” Martinez said.

“The substance abuse treatment [Jordan-Berenis] helped me find was the start of my recovery,” she added.

Baca and Martinez are just two of the thousands of people whose lives have changed after a period of homelessness since Jordan-Berenis took over as the shelter’s director in 2014 and started expanding its capacity and services.

“What I’ve learned over the years is you never know what’s going to stick with a human being. Sometimes what you least expect can change the course for a life,” Jordan-Berenis said. “You can’t help everybody, but you can help all those that can be helped. It’s a labor of love and patience and being nonjudgmental.”

In 1980, Jordan-Berenis started working with homeless youth through Family of Woodstock Inc. in upstate New York. He later served as chairman of the Runaway and Homeless Youth Advisory Committee for the state’s child welfare office. When he moved west and joined Pete’s Place in January 2014, the shelter was a seasonal overnight facility, open from October to May and designed to keep people from freezing to death on the streets.

Women often were forced into abusive living situations while the shelter was closed in the summer months, so Jordan-Berenis moved to make beds available to them year-round starting in summer 2016.

“Joe had conversations with women who had nowhere to turn but violence when the shelter closed, so he went to the board and fought to expand,” board Chairwoman Julie Murray said. “We’re all going to miss him, but we’re a lot better off for his time here.”

Murray said the search has begun for a replacement.

Last year, the shelter served 1,315 people; a handful of former residents are now on staff. Before the pandemic, Pete’s Place could house 123 people, and during past winters, it typically sheltered between 100 and 120 people each night. Due to social-distancing requirements during the coronavirus pandemic, however, overnight capacity has been limited to 30 people. The shelter also is housing around 25 elderly guests in local motels.

Beyond beds, Pete’s Place offers showers and clothes, as well as connections to nonprofits in the city focused on health care, mental illness, housing, youth shelters, transportation and other basic needs.

“We started as an emergency shelter during the winter and grew into a one-stop shop,” Jordan-Berenis said. “On a given day, we would have 11 partner providers in the building.”

Martinez said Pete’s Place helped her beat addiction while also connecting her to doctors and transportation to court dates.

Now, after years as a cashier, she said she is considering college classes to pursue a career as a nurse.

“I know there has been complaints of homeless people on Cerrillos because of Pete’s Place, but those people who complain don’t realize what Pete’s Place can do for people like me,” Martinez said. “I felt helpless at times.

“I stopped by the shelter for the first time in a year or two the other day and just gave Joe a big hug. I know I shouldn’t nowadays, but I couldn’t help it.”

This was a great article to read early morning, it`s people like this that give hope to all others in our community suffering addiction struggles. We all need to remember addiction is an illness and all people are human, we all have choices but nobody chooses to be an addict, Everyone is wired differently so trying a drink, drug or even a cigarette can and does result in addiction for so many. Let`s all realize that before we cast judgement and pray for a replacement that has the care and compassion as he did.

Even the volunteers and supporters of the shelter torment the neighbors.

The city has said they do not have these issues with the other shelters in town.

I certainly hope that new management means changes and a little respect for the neighbors.

The city statement that they are not having these issues at other shelters in Santa Fe is untrue. There are severe public safety issues in the area surrounding St. Elizabeth, and the city is well aware of the issues: neighbors threatened with clubs, homeless living on private residential property, transients casing the neighborhood yards/fences and entering homes, human feces in pits in front of the children’s play area in the railyard park…. Police response is very poor and my neighbor was told that they needed a restraining order to remove homeless living on their property, and not responding to personal threats…. I could go on, but anyone who has been in the railyard park and underground pass knows that the public safety problems are uncontrolled.

Rather than address the public safety issues for our community with homeless programming, the city’s approach has been to ignore public safety concerns and apparently believe that residents are simply in the way. Ignoring the problems is a much easier approach if you are a white privileged male sequestered on 5 acres on Canyon Road, or in a subdivision in El Dorado, where you don’t have your family, children, or elders living in fear and surrounded by garbage and trash.

Marsden I share your thoughts, this and the progressive Sanctuary City attitudes are exactly why I am leaving Santa Fe. Gotta love the $33,000 a day we are spending on the political theater of the round house while the governor dines on Wagu beef. Santa Fe that I once loved is over. My house closes tomorrow - good riddance and moving to Texas.