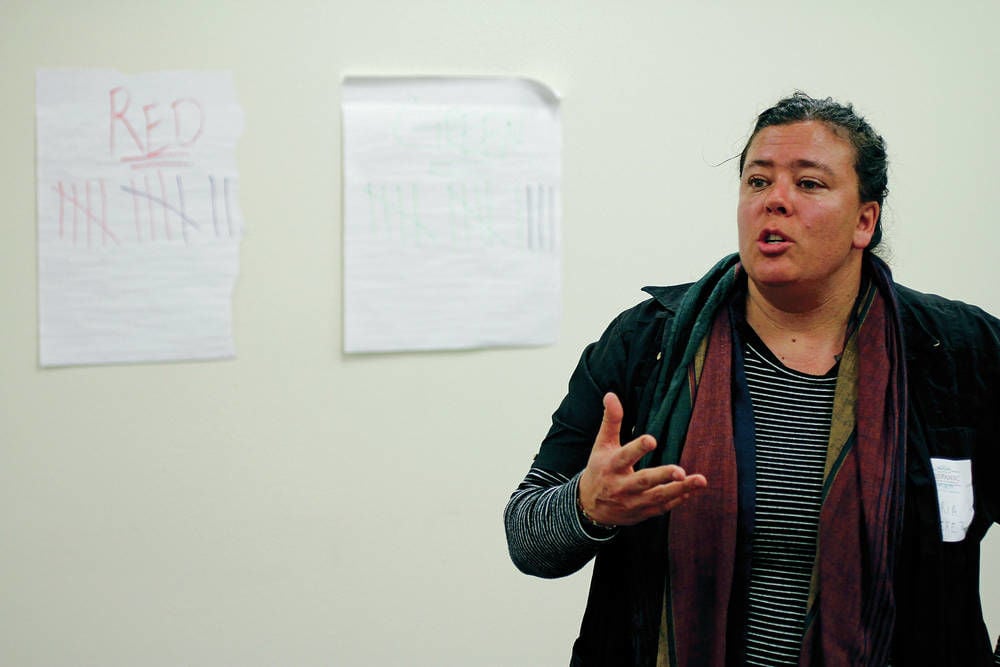 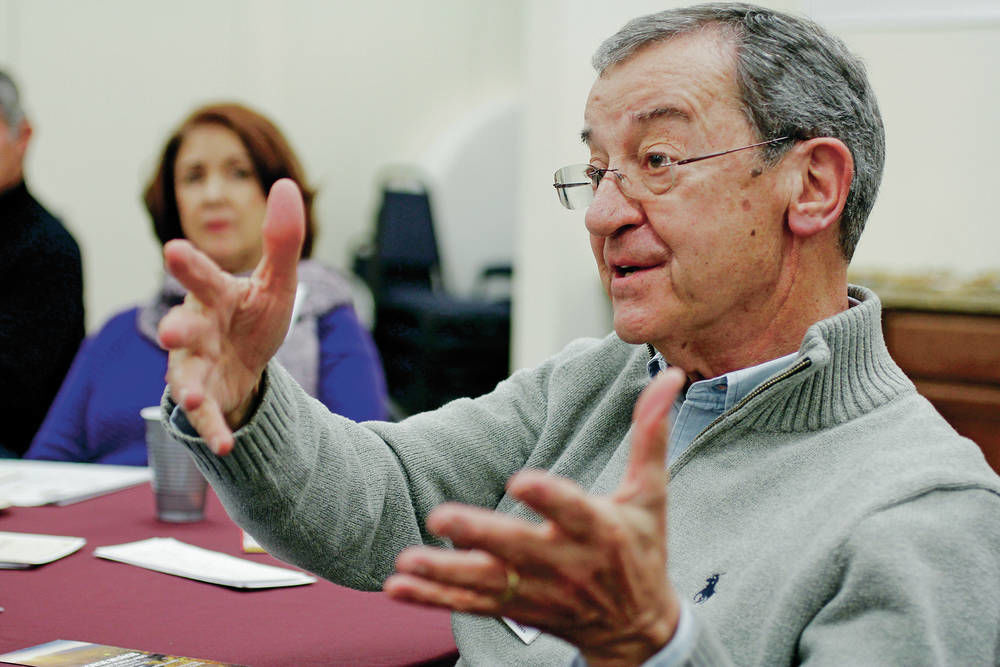 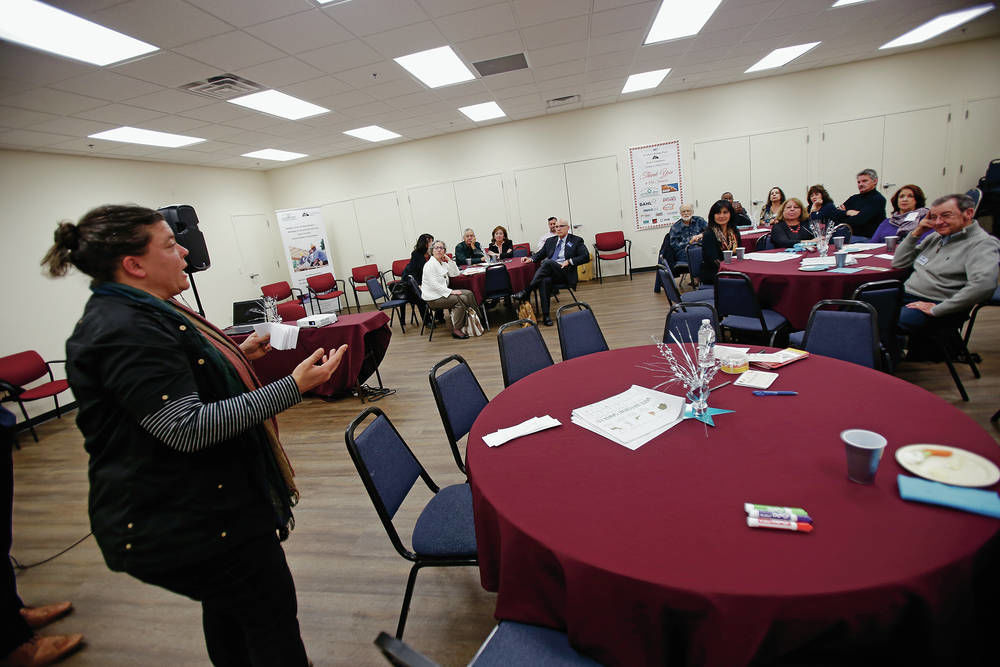 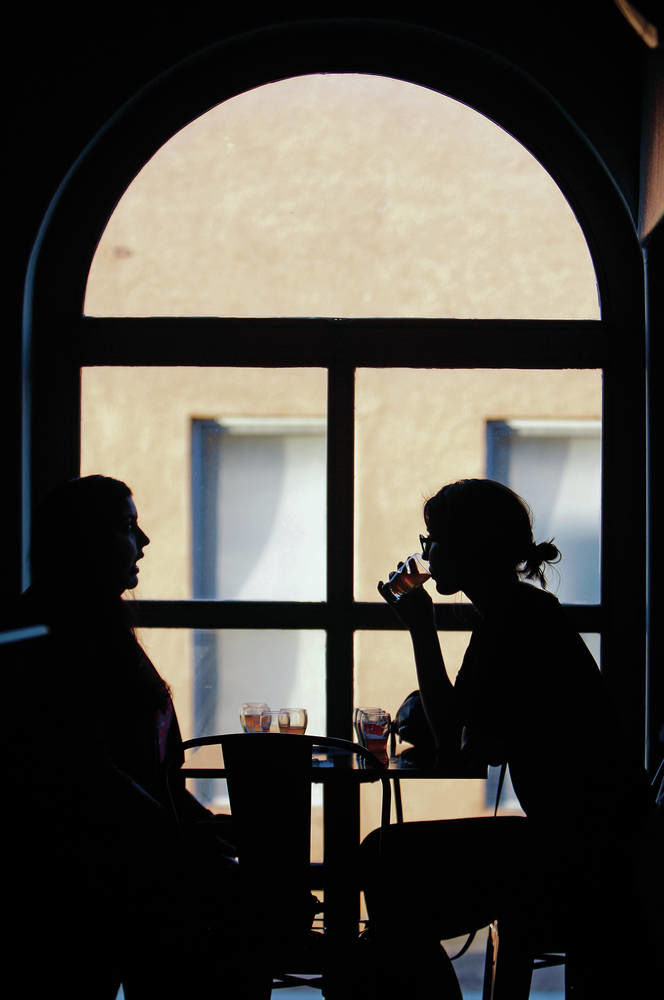 On a late summer afternoon, a small group of people called a news conference outside City Hall. To a gaggle of reporters, they issued a simple message: If the city of Santa Fe won’t install ranked-choice voting, we will.

But then FairVote New Mexico went and did it.

From the initial small-potatoes press gathering to the state Supreme Court to District Court and back to the state high court again, the case brought by advocates of ranked-choice voting has transformed the 2018 municipal election and become its fundamental story.

For good or ill, for Ives or Maestas, for Noble, Trujillo or Webber, the FairVote-led coalition forced a massive change in city politics — described as a triumph of democratic principle by those who were a part of it.

“I firmly believe that we, the people, must stand up for the issues we care about,” said Anne Noss, one of the five individuals who, as plaintiffs in the legal gyrations of the fall, forced the city to implement ranked choice.

Overcoming concerns about a time crunch and the system’s constitutional validity, FairVote New Mexico and its volunteer compatriots ratified the shift in election format city voters asked for a decade back — one that could very well determine the outcome of arguably the most consequential mayor’s race in Santa Fe history.

The great 2017-18 ranked-choice reversal begins and ends with FairVote New Mexico and Maria Perez — the group and woman, for all intents and purposes, one and the same.

Perez, 44, is employed by FairVote, a Maryland-based nonpartisan election reform nonprofit, which until last year had only one state-specific satellite organization: FairVote California, with two full-time workers.

The New Mexico chapter came out of a partnership between the national organization and the local Thornburg Foundation, which matched funds last year to put FairVote boots on the ground in Santa Fe.

The idea was to have expertise on hand to help shepherd a smooth transition into the new system, with the assumption the ranked-choice software would be certified and the format implemented.

“It turned into a whole different assignment,” Rob Richie, executive director of the national FairVote organization, said by phone.

Indeed, a stress-free transition to the voter-approved system for the 2018 elections was not to be. The City Council, wary of the state election software provider missing deadlines, voted twice last summer not to implement ranked choice, citing concerns about timeliness and readiness.

Then, however, the software was certified in late September. The charter conditions for ranked-choice voting in Santa Fe elections had at long last been met.

By that point, many of the “grass-roots” organizations and individuals Perez had corralled all throughout last year to pepper policymakers with emails and phone calls about ranked-choice had thrown in the towel.

So Plan A for Perez — to be a ranked-choice educator and create a coalition of groups ready to chip in for voter-education — quickly shifted to a Plan B.

“It was tricky because it was a lot to ask of somebody: Do you want to sue the city with me?” she said.

O’Hare, a former clean energy coordinator with Santa Fe County, was eager to rebut what he viewed as the city’s intransigence.

“I’m a real believer that when the voters vote on initiatives that we need to take them seriously,” O’Hare said. “Frankly, that’s even one step better than representative democracy, when people directly enact laws and make policy changes themselves.”

Noss said the 2016 presidential race drove her to be an active participant at the local level: “The lesson I took from it is that each of us needs to make a contribution to the political process if we care about retaining the rights we casually take for granted.”

The contributions didn’t end in the courtroom. After the legal battle was won, FairVote moved to coordinate with partner groups, as well as the now on-board city, to spread the word about the function of the new system — enticing interest with catchy demonstrations such as “rank your brew” events at downtown bars.

Perez, 44, from Quito, Ecuador, said she was compelled by the 2016 presidential race to work in democratic activism and return to Santa Fe. She’d studied acupuncture here before moving to Oakland, Calif., where she worked in health equity and first came in contact with ranked-choice voting in that city’s 2014 mayoral race. She recalls being struck by candidate forums dominated by discussion of policy and devoid of any personal animus.

The FairVote post, the chance to return to Santa Fe and work in elections, was the ideal fit for her, she said.

Perez’s background and makeup might’ve been right for the circumstances, too.

“I am an insanely optimistic person, and that’s what drives me to push beyond probably where most people would give up,” Perez said. “I knew we had a case. I felt we were on the right side of this, and we might as well push ahead.”

The hard-won Santa Fe victory — pending a smooth election — might be just the start.

“This was a reasonably small group of constituents that grew in number and voiced their will and sort of forced the city to do the right thing,” said Paul Gibson of Retake Our Democracy, a volunteer activist group Gibson said would be launching numerous progressive-minded campaigns across the state in the next year “to replicate what we did with the City Council.”

“I think it showed that at a city level, or a state level — maybe not on a national level — that officials will listen to constituents if constituents speak with a unified voice,” Gibson added.

Whether the format could catch on elsewhere in New Mexico, perhaps with third parties seeking a leg up in a polarized climate, is an open question.

A little less than a quarter of New Mexico voters were either not registered with any party or registered to a third party as of Feb. 1, according to the state.

The chairman of the state Libertarian Party, Chris Luchini, said the newly elevated major party is “in favor of almost every voting system out there that isn’t first-past-the-post.”

John Otter, a former Green Party treasurer who contributed to the party’s effort to get the ranked-choice amendment on the Santa Fe ballot in 2008, said third parties could and should make hay with ranked choice.

“It allows those third parties and people to have an accurate evaluation of their strengths among the populace,” he said.

The state constitution seems inclined toward protecting plurality winners. It precludes the Legislature from providing for runoffs in primary and statewide elections. An amendment would need to clear both chambers of the Legislature and be approved by the people. (One got halfway there in 1999, when the state Senate approved a blanket instant-runoff switchover.)

But home-rule New Mexico municipalities are free to install a runoff format. Perez said she’s had productive conversations about ranked-choice voting with a few city councilors in Albuquerque, which uses a traditional runoff format. One, Councilor Diane Gibson, confirmed the talk and said she was open to exploring the potential for ranked choice in the Duke City.

Perez said she has broached the topic with potential stakeholders in Las Cruces and Rio Rancho, as well.

Secretary of State Maggie Toulouse Oliver acknowledged the ranking format is an “efficient” option when a winner must by statute receive a majority of the vote and, in a statement, said she would support and assist any other New Mexico city that wanted to make the move.

But a successful Santa Fe election is top of mind now. Perez and others credit numerous community organizations — and the once-recalcitrant city, too — for their contributions to voter outreach and education.

The ideal outcome for Perez?

“I would like to see, when it’s all said and done, that most voters rank their ballots. At least partially,” she said, adding that even if some voters are reluctant to bubble-in more than one, she expects less of that sentiment will recur with each successive election.

Even partial rankings seem remarkable given the city was rolling into an election using a plurality voting format as recently as November. The successful campaign, launched from the seemingly inauspicious news conference, has defined the 2018 election season, fueling mayoral candidates’ extreme outward civility toward one another and introducing scores of Santa Feans to a new way of thinking about their votes.

Saleema Lookman was one. Sure, candidates are like beer, the veterinary nurse said, nodding slowly, a little skeptically, while examining a four-sampler flight at a downtown taproom last week, one of FairVote’s “rank your brew” get-togethers.

“I mean, you like all of them, but you like some more than others,” she said. She nodded with more conviction. “Yeah, I see it. It works.”