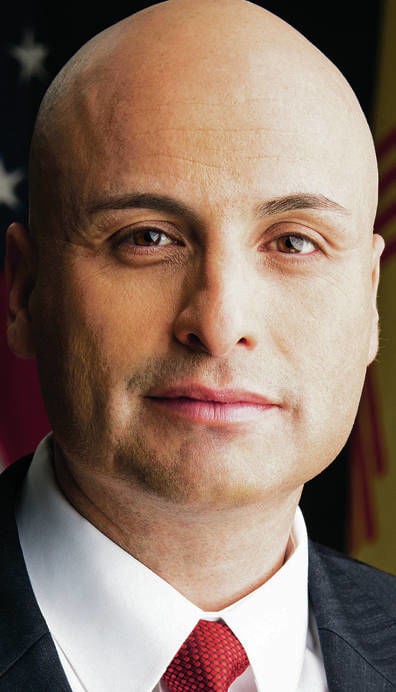 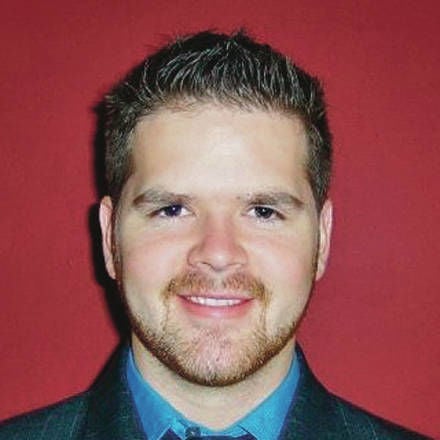 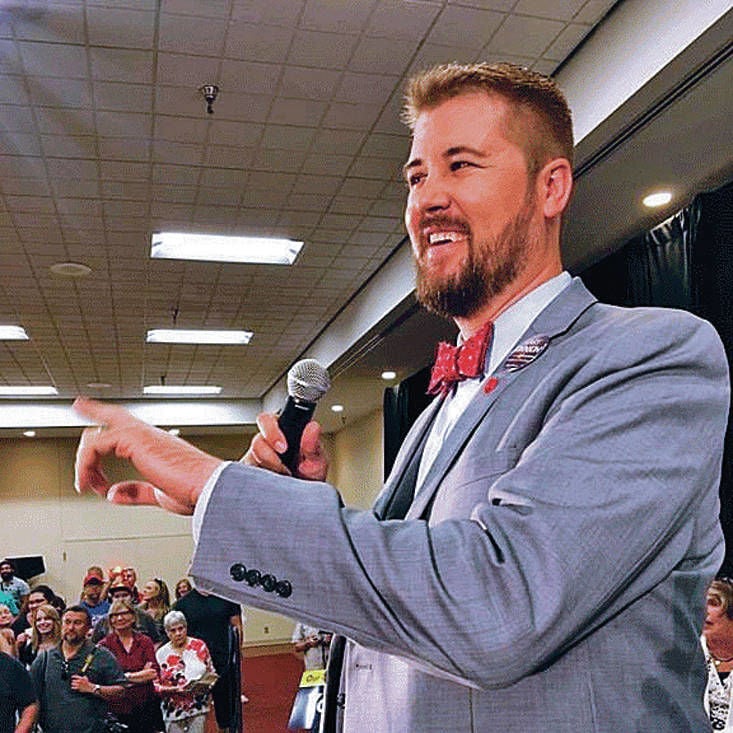 To hear him tell it, Hector Balderas has a lot to brag about.

In his first, four-year term as New Mexico’s attorney general, Balderas has prosecuted corrupt politicians, murderers and child predators. He’s challenged powerful institutions, from Wells Fargo and the University of New Mexico to the state’s largest health care provider in a case that was settled for $18.5 million. He’s also taken on the opioid industry and joined a coalition of attorneys general in filing lawsuits, including against the Trump administration.

“I have definitely built a program that represents the most vulnerable New Mexicans and built an aggressive [investigative] and legal team that has had historic results in going after criminal and civil corruption,” Balderas, a Democrat, said when asked what he has accomplished as the state’s chief legal officer.

His two opponents in the November general election — Republican Michael E. Hendricks and Libertarian A. Blair Dunn — see things differently. They see the need for new leadership in the high-profile post, someone who they say isn’t a self-serving politician like Balderas who puts his political ambitions ahead of the people of New Mexico.

“It looks like what he’s trying to do is become either governor or U.S. senator and using this office to get there,” said Dunn, who ran for a state senate seat as a Republican in 2016 but lost. “This is a very important office and because of either lack of attention or his abuse of power, New Mexico legally suffered. The legal health of the state is not what it should be.”

“I don’t think there’s any question as to whether or not he’s looking to move to the next stepping stone,” Hendricks said. “As soon as he got out of law school, within a couple of years, he was a [state] representative and then he became [state] auditor and now he’s the AG — and he was going to run for governor until his opposition research came out.”

An immigration attorney who grew up in central Mexico as the son of Baptist missionaries, Hendricks, 36, said he would work to make New Mexico a safer place to live by working more closely with law enforcement.

“He’s been in office for almost four years. Do you feel safer today?” he asked. “Crime is our issue, and when I’ve talked to local law enforcement and I tell them, ‘Look, I want to have the AG create coalitions, and I want it to be able to help bolster your front-line defenses against crime,’ they say, ‘Well, that would be a nice change because it’s not happening.”

Hendricks, who has a Master of Business Administration, also said he would bring his management experience to the job.

“The qualification that I bring aside from being an attorney is the fact that I know business and I know efficiencies,” said Hendricks, who started his own law firm in 2015. “I’ve been in business and in management since I was 19.”

Dunn, the son of Land Commissioner Aubrey Dunn, said he would work to make government more transparent by enforcing the state’s open records law. A. Blair Dunn, who has challenged the state Attorney General’s Office and others over access to public records, was recognized last year with an award from the New Mexico Foundation for Open Government.

“His office is honestly, in my opinion, the least transparent state agency,” Dunn said of Balderas.

Dunn has other gripes about Balderas, including what he calls “selective prosecutions.” He pointed specifically to Delta Consulting, a firm founded by gubernatorial candidate Michelle Lujan Grisham and state. Rep. Deborah Armstrong, both Democrats. The firm has come under fire over contracts it received to help run a state high-risk insurance pool.

“Nobody is investigating Michelle,” Dunn said. “Instead, we have pictures of Michelle literally in Hector’s arms.”

In response, Balderas said in an email that as attorney general, he is “passionate about seeking justice for New Mexico’s children and families, not paying political lip service.”

Dunn, 36, also criticized Balderas for receiving campaign contributions from law firms that contract with his office.

“I voted for Hector” in 2014, Dunn said. “I thought Hector would turn things around and do a good job in that office, but he came in and fired all of those attorneys [who had been on staff] so he could hand out contracts to his donors and friends.”

Balderas, for example, has been sharply criticized for hiring the Albuquerque-based law firm of Robles, Rael & Anaya, where he used to work, to represent the state in high-stakes water rights litigation before the U.S. Supreme Court.

“That’s a case that has billions of dollars of implications for New Mexico, and instead of sending one of the best and brightest water lawyers the state has, we went out and found somebody who had no experience,” Dunn said. “We did so, I believe, because Hector wanted to do a favor for that law firm.”

Balderas, 45, brushed off the criticism by his opponents, including the hiring of Robles, Rael & Anaya.

“One of the reasons I’m using a local, Hispanic-owned firm is because their origins come from rural New Mexico, so I thought it was very important to use New Mexico firms who understand the culture and have a new sense of urgency,” he said.

Balderas, who has a campaign war chest of nearly $1 million, significantly more than either of his opponents, defended the donations he received from firms that have represented the state in cases involving defective products and deceptive marketing.

“These are pennies compared to what corporations pay congressmen and other AGs to not bring litigation,” he said.

Later he added, “There is absolutely no conflict because we focus on consumer recoveries and follow all procurement and campaign disclosure rules.”

Coincidentally, many of the firms that have represented New Mexico in lawsuits and then donated to his campaign are from out of state.

Balderas, who was considering running for governor this year, said he doesn’t have any political aspirations or goals “other than to just aggressively hit the ground running again on a second term.” He said he decided against running for governor because he loves his job as attorney general and wants to continue his work on protecting children and families.

“And I thought that Michelle and I would bring an amazing punch and counterpunch,” he said, referring to Lujan Grisham.

Balderas scoffed at the idea that he’s only out for himself, as alleged by his two opponents.

“I never really knew I would ascend the way I did,” said Balderas, a Wagon Mound native who served one term as state representative and two as state auditor before becoming attorney general.

“Voters put me in these high positions,” he said. “… I started off building water systems as a state representative, and [Hendricks and Dunn] want to be AG right out of the city of Albuquerque.”

Experience: 10 years as a practicing attorney

Profession: Lawyer and more than 15 years in business management

Family: Wife and four children, three girls and one boy