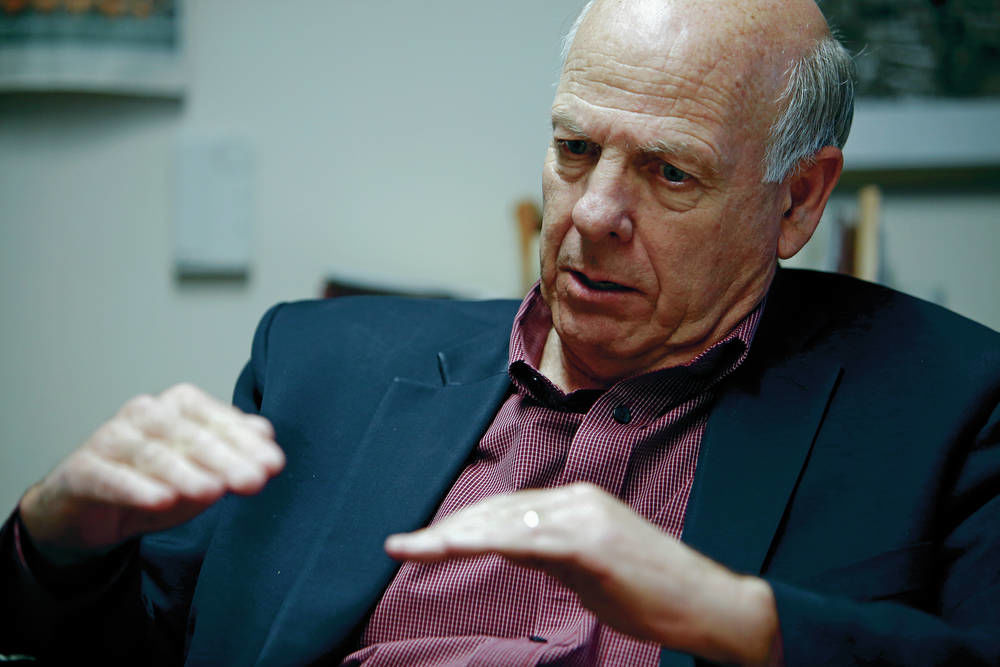 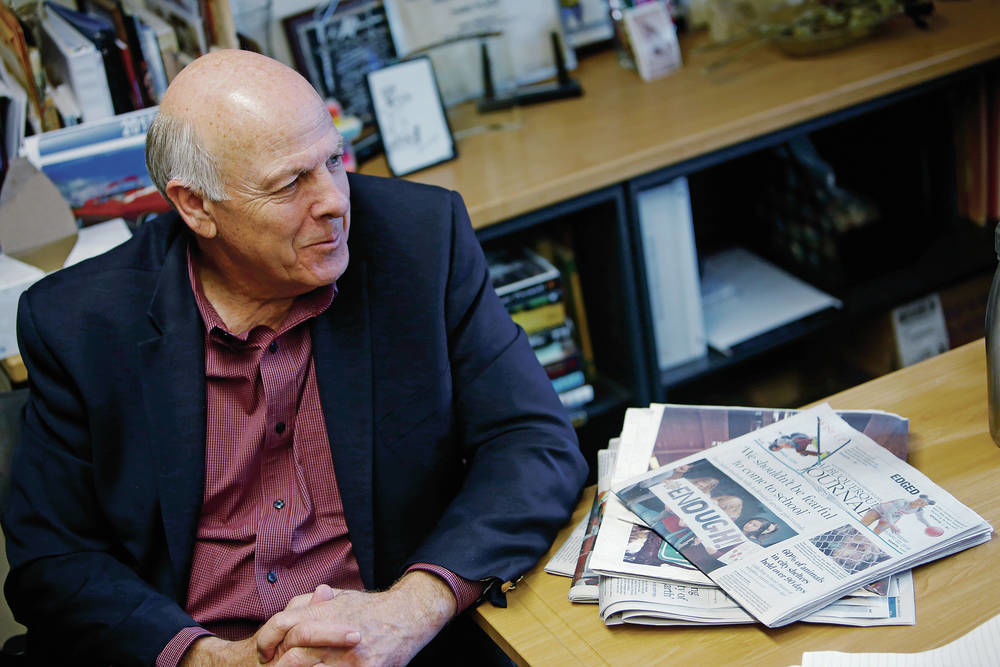 U.S. Rep. Marsha Blackburn was far from her congressional district in Tennessee last year when she stood at The University of New Mexico with Republican state legislators and held a news conference to draw attention to UNM’s medical research using fetal tissue from a clinic that provides abortions.

Critics had accused Blackburn and a committee that she chairs — the Select Investigative Panel on Infant Lives — of embracing McCarthy-era tactics in a witch hunt against abortion providers.

But for activists who support limiting access to abortion, the panel’s probing of the university and an Albuquerque clinic, Southwestern Women’s Options, was nothing short of a priority.

The Republican congressman from Hobbs was not a member of Blackburn’s committee. And The University of New Mexico’s main campus is not in his district, the very edges of which lie several miles south.

But Pearce, who is now running for governor, is the most prominent politician in New Mexico today who is an outspoken advocate for restricting access to abortion.

That he took an interest in Blackburn’s committee was just one sign that his election to the governor’s office would mark a shift for the entire state on an issue that has mostly been in the background of New Mexico politics.

Though New Mexico has had a Republican governor for nearly eight years, abortion effectively has been a nonissue at the Capitol for most of Gov. Susana Martinez’s two terms, even as other states have enacted a flurry of new laws and regulations limiting access to the procedure.

Whatever happens in November’s election, abortion is almost bound to become a bigger issue.

For social conservatives, Pearce’s run for governor represents a chance to advance policies they believe have been neglected.

For those on the left, Pearce threatens to bring to New Mexico’s Capitol the sort of culture wars that have usually stayed on the other side of the Texas state line. And they hold out hope for a candidate like Democratic Congresswoman Michelle Lujan Grisham — endorsed for governor by Planned Parenthood’s political arm — who has been an advocate of abortion rights and expanding women’s access to reproductive health services.

“Both candidates are going to use their platform a lot more than the current governor,” said Elisa Martinez, executive director of New Mexico Alliance for Life.

While abortion is usually discussed as one of those hyperpartisan issues that define red states and blue states, New Mexico has proven far more complicated.

When the Pew Research Center surveyed New Mexicans in 2014 as part of its Religious Landscape Study, it found the state was split on the issue, with 51 percent of New Mexicans saying abortion should be legal in all or most cases. Forty-five percent said it should be illegal in all or most cases. That six-point difference was smaller than the survey’s margin of error.

With New Mexico’s libertarian streak, many Republicans are disinterested in the issue or wary of the government legislating what they regard as a personal matter.

But socially conservative attitudes also run deep in some of the state’s most reliably Democratic quarters. Plenty of Democrats back banning abortion after 20 weeks of pregnancy, if not in most cases.

All of this means many politicians would rather not talk about abortion at all. And if they do, the talk often does not go very far.

In turn, New Mexico has some of the country’s least restrictive laws on abortion.

The state does not have any of the restrictions commonly found in other states, according to the Guttmacher Institute, a nonprofit research organization that supports access to abortion.

Some of the restrictions patients won’t find here include waiting periods for the procedure, limits on public funding and requirements that doctors inform parents of a minor patient that the girl is seeking the procedure.

When Republicans controlled the state House of Representatives in 2015, the chamber approved a ban on abortions after 20 weeks of pregnancy. Five Democrats supported the bill.

But the measure died in the Democrat-controlled Senate.

The inaction cuts both ways, though, leaving New Mexico with an old law still on the books that technically makes it a crime to perform an abortion.

Unconstitutional under the U.S. Supreme Court’s 1973 decision in Roe v. Wade, the law is an unenforceable relic of another era. But some Democrats have wanted to repeal the measure, fearing that Roe v. Wade might be overturned.

Aside from putting a few pieces of legislation on the agenda during legislative sessions, Gov. Martinez has been mostly quiet on abortion.

Of the several anti-abortion bills lawmakers filed this year, she put only one on the agenda. That bill would have required doctors to inform the parents of minor patients before performing an abortion, with some exceptions.

Martinez did not add to the agenda other strict abortion-related bills, such as one that would have virtually banned abortion after 20 weeks of pregnancy.

When Martinez was running for re-election in 2014, one anti-abortion group went so far as to picket the home of her top political adviser.

A spokesman for the governor dismissed the group as fringe protesters.

The group might have been far to the right, but its argument pointed to Martinez’s distance from a movement that has been at the base of the Republican Party.

And he has supported legislation that would establish a permanent, governmentwide policy against funding abortions and health plans that cover abortion, except in cases of rape or medical necessity. He also has backed bills that would cut funding for family planning and generally ban abortions after 22 weeks of pregnancy.

The National Right to Life Committee — a group that supports limiting access to abortion — has given Pearce a 100 percent rating.

Pearce has not made the issue a major part of his campaign.

But asked recently if he would be more supportive of restricting access to abortion, Pearce said, “I would be more engaged in a public dialogue.”

To be sure, the governor can only do so much.

The Legislature would have to act on any major changes in abortion policy.

But New Mexico Alliance for Life’s Elisa Martinez added that a governor who is more outspoken on the issue could lead the way, such as through regulation or by steering more funding to organizations that counsel women against abortion.

Aware of this, Planned Parenthood is poised for a tougher fight ahead.

The group’s political arm already has launched digital ads targeting Democrats who take a more conservative stance on the issue, including state Reps. Debbie Rodella and Carl Trujillo — legislators from Northern New Mexico who voted in 2015 to ban late-term abortions and are this year facing primary election challengers.

Planned Parenthood Votes New Mexico is backing Lujan Grisham, hoping not only to fend off efforts to limit access to abortion but also to make reproductive health care more available in a vast, rural state. The group says that need has been neglected during two terms of a Republican administration.

“I’ll be a governor that works to expand access to family planning and birth control, protect reproductive rights and prevent government from interfering in women’s personal decisions about their bodies and their lives,” Lujan Grisham said after getting the organization’s endorsement.

The election may not change many minds on abortion. But it will likely define the issue in New Mexico for years to come.