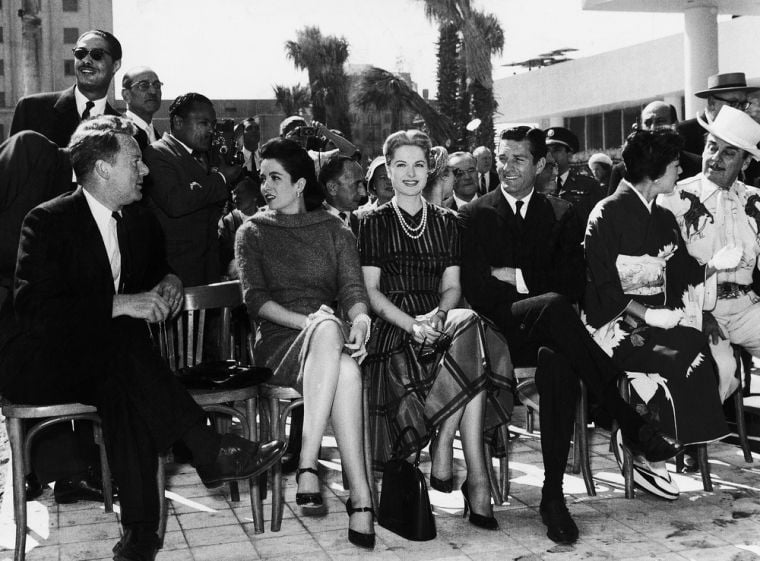 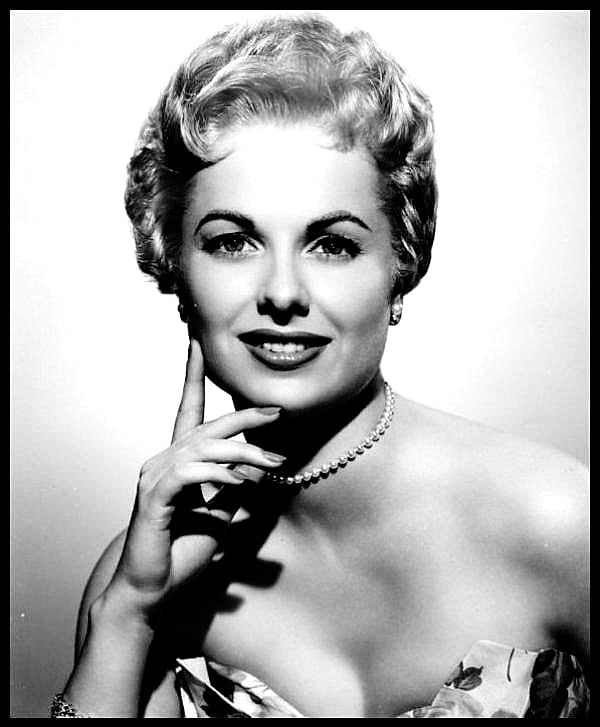 Martha Hyer, one of the last studio glamour girls of the Golden Age of Hollywood, died May 31 at her Santa Fe home. She was 89 and had lived in Santa Fe since the mid-1980s.

A representative from Rivera Funeral Home confirmed the death and said there was no funeral service or memorial planned.

A striking blonde who once turned down a date request from the young Sen. John F. Kennedy, Hyer was nominated for an Academy Award as best supporting actress for her work in 1958’s Some Came Running, an MGM film starring Frank Sinatra, Dean Martin and Shirley MacLaine. She lost to Wendy Hiller, for her role in Separate Tables. Although she put on a good face during the remainder of the Oscars show, Hyer later recalled that she went home and cried all night.

The Oscar nod did not help Hyer’s career, which started with a three-year contract at RKO in the early 1940s and ended with a series of forgettable cheap films made in both America and Europe.

Martha Hyer was born Aug. 10, 1924, in Fort Worth, Texas, to Julien C. Hyer (a Texas legislator) and Agnes Barnhart. In her 1990 autobiography, Finding My Way, she described her childhood desire to be an actress and her love of film. “Movies were magic, our passport to outside,” she wrote.

She enrolled in the Pasadena Playhouse in California, where she was spotted by a Hollywood talent agent — despite the fact that she was playing a bearded elder in a Greek tragedy. Soon, she was under contract to RKO during the war years, appearing in several B-Westerns. “I was Little Nell in lots of those,” she wrote.

For several years, Hyer was unable to secure a secure toehold in Hollywood, although she worked in everything from Abbott and Costello Go To Mars to the B-adventure Yukon Gold and the African safari film The Scarlet Spear. She married the latter’s director, C. Ray Stahl, but the marriage quickly ended in divorce.

Hyer’s first big break came when she was cast as William Holden’s fiancée in Billy Wilder’s 1954 romantic comedy Sabrina, which starred Audrey Hepburn and Humphrey Bogart. In her autobiography, she recalled Bogart as being helpful and selfless in his scenes with her.

But ensuing roles in pictures like Red Sundown, opposite Rory Calhoun, and Francis in The Navy, opposite Donald O’Connor and a talking mule, again stalled Hyer’s career. She worked with Rock Hudson — whom she said was shallow and self-centered — in 1956’s Battle Hymn. In quick succession, she found herself playing straight woman to the likes of David Niven, Bob Hope and Jerry Lewis in films that spotlighted their characters, not hers. She liked Niven and Hope, but not Lewis.

Some Came Running, based on the James Jones novel, briefly rescued Hyer and brought her critical acclaim. She wrote fondly of the experience, noting that MacLaine was “brilliant,” Sinatra “never better” and Martin “marvelous.” MacLaine received a best actress nomination for her work on the film.

But most of Hyer’s 1960s films were weak, including Bikini Beach, House of 1,000 Dolls and Picture Mommy Dead — “all ones I’d rather forget,” she wrote. She did secure a supporting role in Hal Wallis’ 1965 production The Sons of Katie Elder, but she again played second — or in this case, fifth — fiddle to a cast topped by John Wayne and Dean Martin.

She married Wallis in December 1966. In her autobiography, she reflected on both his strong points and his weaknesses, including his tight-fisted approach to spending that left her to finance the couple’s lifestyle.

By her own admission, Hyer became caught up in the high-living culture of the Hollywood lifestyle and began overspending. Shortly after she penned a first-person account of her lifestyle in a 1959 Life magazine article, she came home to find her Hollywood home robbed of all its goods. She later managed to pay ransom money to get some of her paintings back.

Worse was to come. By the early 1980s, Hyer was in debt to loan sharks, to the tune of several million dollars. With her career behind her — her last film roles were in the early 1970s — she turned to God for help and found immediate solace and peace. In her memoir, she wrote: “God poured through me.”

Shortly thereafter, Wallis, as well as some lawyers and the FBI, helped Hyer work her way out of her financial mess.

Wallis died in 1986, and Hyer moved to Santa Fe shortly thereafter. “This country casts a spell and it never lets go,” she wrote.

Hyer became somewhat of a recluse in her later days, preferring to paint, hike and spend time with close friends.

“When you live with fame as a day-to-day reality, the allure of privacy and anonymity is as strong as the desire for fame for those who never had it,” she said.

This story was amended to reflect the following correction: the novel 'Some Came Running' was written by James Jones and not James Joyce