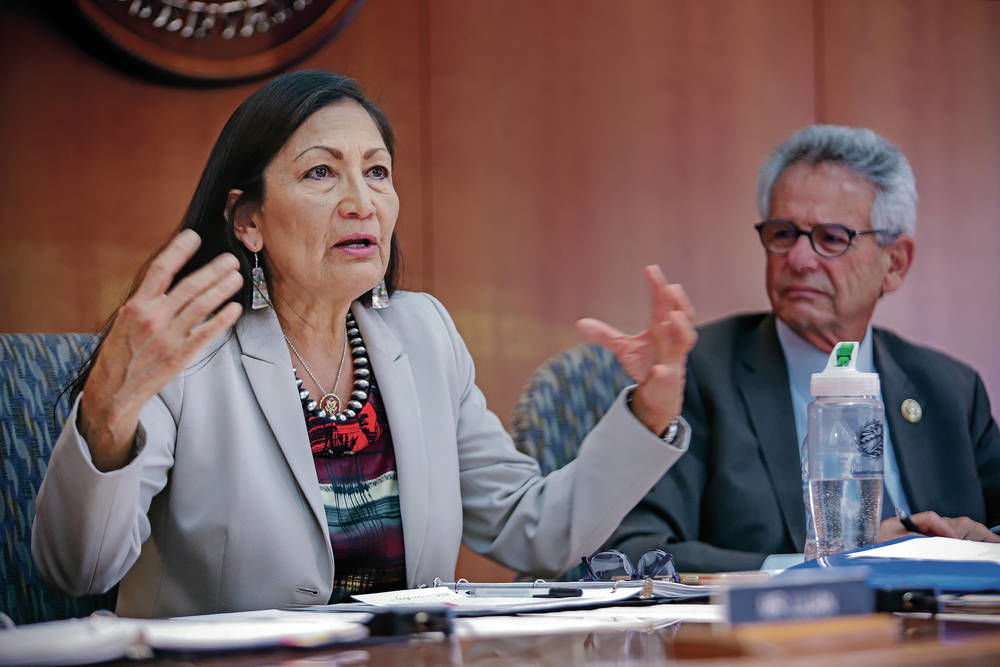 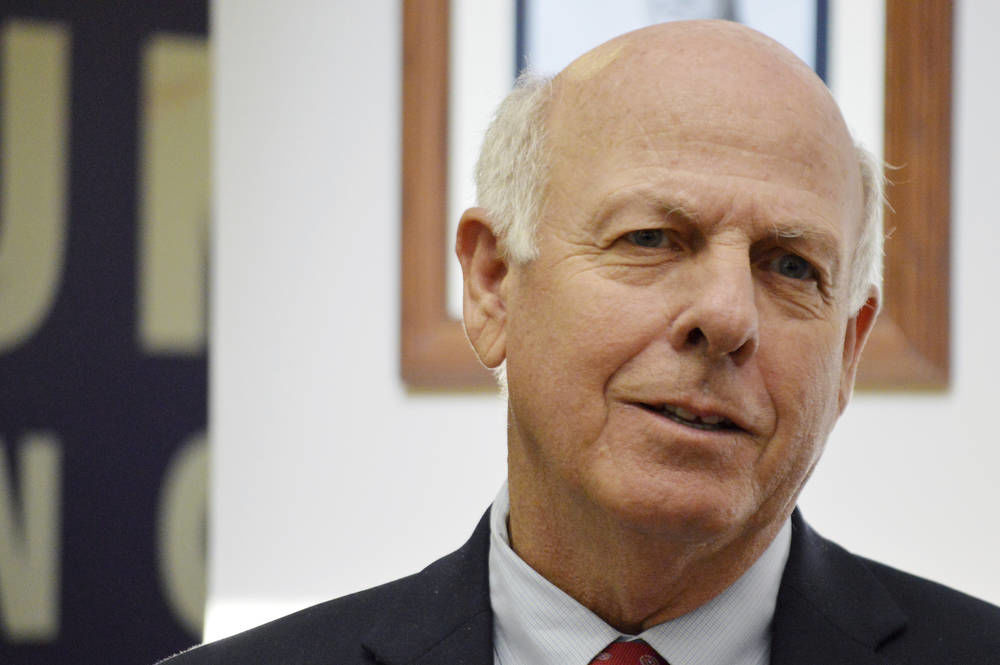 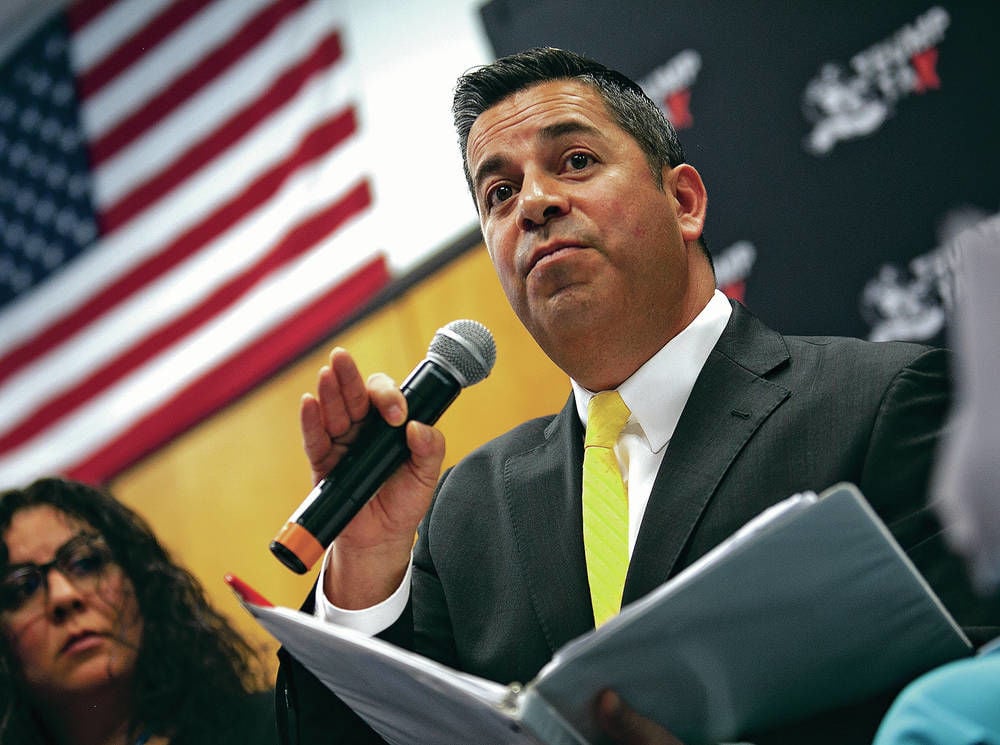 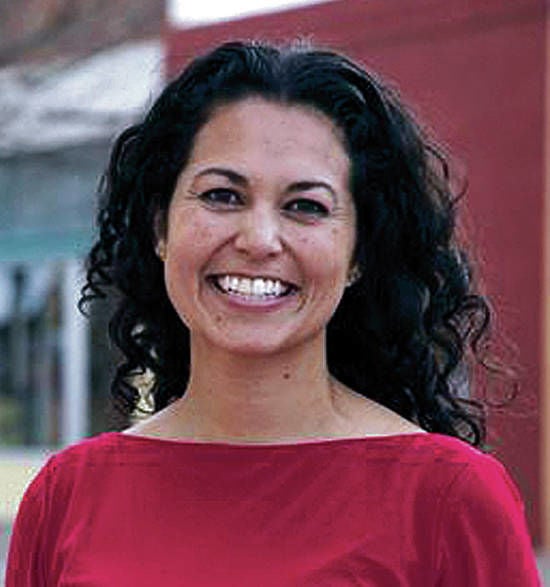 Democrats are incensed and calling on New Mexico Republican Party Chairman Steve Pearce to apologize after the state GOP sent an email to supporters Friday morning urging them to help “change the complexion of our Congressional delegation.”

All of New Mexico’s U.S. representatives are people of color.

The email begins with a criticism of U.S. Rep. Ben Ray Luján, the highest-ranking Hispanic lawmaker in Congress, for voting Wednesday night to impeach President Donald Trump instead of working to “address poverty, child hunger and lack of healthcare in his home state of New Mexico.”

It continues: “Rep. Lujan is simply unfit to serve in Washington. This is why we must work hard to change the complexion of our Congressional delegation.”

New Mexico Republican Party spokesman Mike Curtis called the uproar over the email “a misinterpretation” and said the party meant to express its wish to change the “complexion” of the congressional delegation “from blue to red.”

Curtis continued: “Everybody’s making a big thing out of that word. They’re just misinterpreting it.”

Luján responded with a statement sent by the New Mexico Democratic Party on Friday afternoon criticizing the GOP email and calling on Republican Party operatives to refrain from such language .

“As a Hispanic representative of a majority-minority state, I have a responsibility to speak out forcefully when racism and dog whistles are used to further political attacks against people who look like me,” Luján said.

“New Mexico is represented by three people of color in the U.S. House of Representatives. There is no ambiguity in the meaning of that statement. This is right out of the playbook of Stephen Miller and is deeply offensive to all New Mexicans,” he continued.

Luján called on the party “to forgo any future race-based attacks in political campaigns.” Luján later said in a tweet that the GOP email was “unambiguously racist.”

The state Republican Party responded hours later with a statement that accused Luján of “playing political games with this just like he is with impeachment.

“That’s why New Mexico is going to change from blue to red in the next election,” the statement continued. “Blue to red is the only ‘complexion’ that was referred to.”

But Gavin Clarkson, a Republican candidate in New Mexico’s U.S. Senate race, also criticized his party’s email. “As an enrolled tribal member married to a Latina, I find this kind of careless word choice unfortunate to say the least,” Clarkson said on Twitter.

“The Republican Party of New Mexico seems to have missed the message that nearly a thousand New Mexicans sent when President Trump came to Albuquerque: hate has no place in our state or in our politics,” Elliston said in a statement Friday. “Instead, Republicans in New Mexico are following in the footsteps of President Trump, singling out people of color and using racist dog-whistles to attack our elected officials.”

U.S. Rep. Deb Haaland, D-N.M., who is Native American, in a tweet thanked Luján for responding to the situation and called the GOP statement racist.

“As one of the first Native American women elected to Congress in our country’s history, some folks have waited a long time to have a seat at the table.” Haaland said. “Yes, it’s racist. If all Reps are brown, and the GOP wants to change the complexion — do the math.”

This is the Pearce who says women should be subservient to their husbands. He is about 200 years behind the times and deserves to be just ignored.

If this was a dog whistle aimed at conservative white Republicans, it digs the GOP a deeper hole in NM. Hard to believe Mr. Pearce is that dense, but hard to believe he didn't see the folly of phrasing this as a "complexion" issue, either.

Small wonder the GOP is irrelevant in both our Congressional delegation and in the Roundhouse.

Congressman Ben Ray Lujan Jr. speaks eloquently regarding race and politics in New Mexico. However, he is ascending to the U.S. Senate without a verifiable bachelor degree. In 2020, we will be a state with two U.S. Senate members who both do not possess a law degree. The situation is a testament to the condition of education in New Mexico. Enroll in G.W. in Washington D.C. and finish school.

I don't believe a law degree is necessary to be a fine U.S. Senator.

Please stop this nonsense and focus on things that matter to hard working citizens.

Should have said the "Circle Game"

There must be people who read the comments of the NM GOP chair and like the use of the word "complexion." If the chair had used the term "political ideology" to explain the source of his irritation at Rep. Luján, would he have been heard above the noise of political discourse these days? In a world of Twitter messages, you need your code words to make people click on your link.

Pearce and Putin, two P's in a pod. The GOP is the mouthpiece of the Kremlin, and here we see it in New Mexico, with the state GOP spreading hate and disinformation designed to weaken and tear our country apart. When will the real Republicans wake up and realize they have been taken over by Russian oligarchs?

The Trump/Pierce fantasy that New Mexico will turn red in 2020 is laughable. In a state where a majority of voters speak Spanish these guys think their racism toward Spanish speakers will sell Donald Trump and Steve Pierce to the New Mexico public? The GOP is working hard to take health insurance away from most low income New Mexicans and they think we support this? This makes no sense. The GOP has little support among people of color and many young people mostly find Mitch McConnel, Mike Pence and Don Trump repugnant. I thank Lujan for voting for impeachment. Trump deserves more than that but the GOP worships the ground he walks on. Let's turn America blue.

The appropriate response when you've insulted someone unknowingly is to apologize and try to do better. Perhaps it was an oversight, but without context it's a strange way to refer to politics. The lack of apology makes it seem calculated or tone-deaf.

I thought it was OK for a minority to ask for diversity or does that not mean everyone. They use the word racists in the wrong way so much they will desensitize the meaning or effect of the word.

My hunch is Pearce was calling for a change in political complexion. Being tone deaf, he didn't realize he was stepping on an obvious rhetorical land mine.