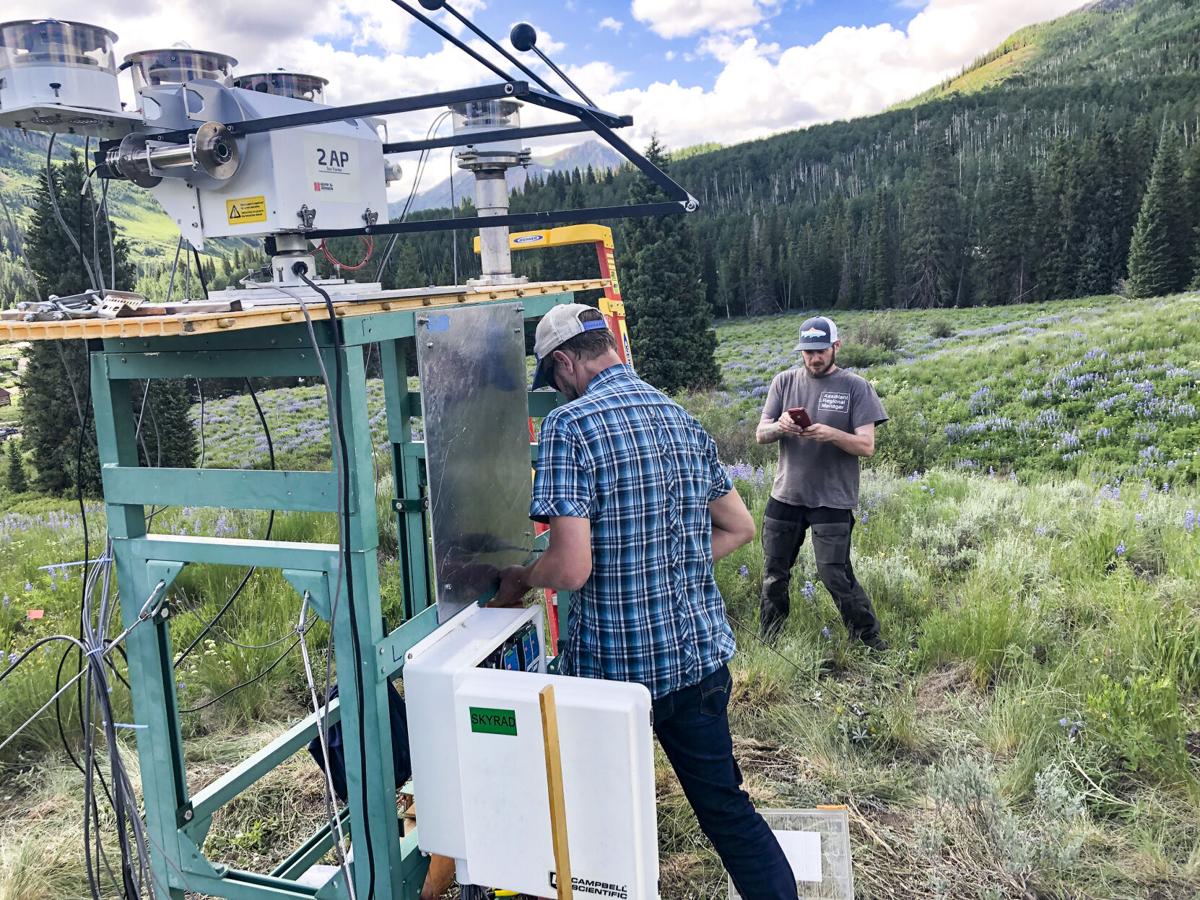 Heath Powers, left, helps set up radiometers for a SAIL in Gothic, Colo., along with site technician Wessley King. 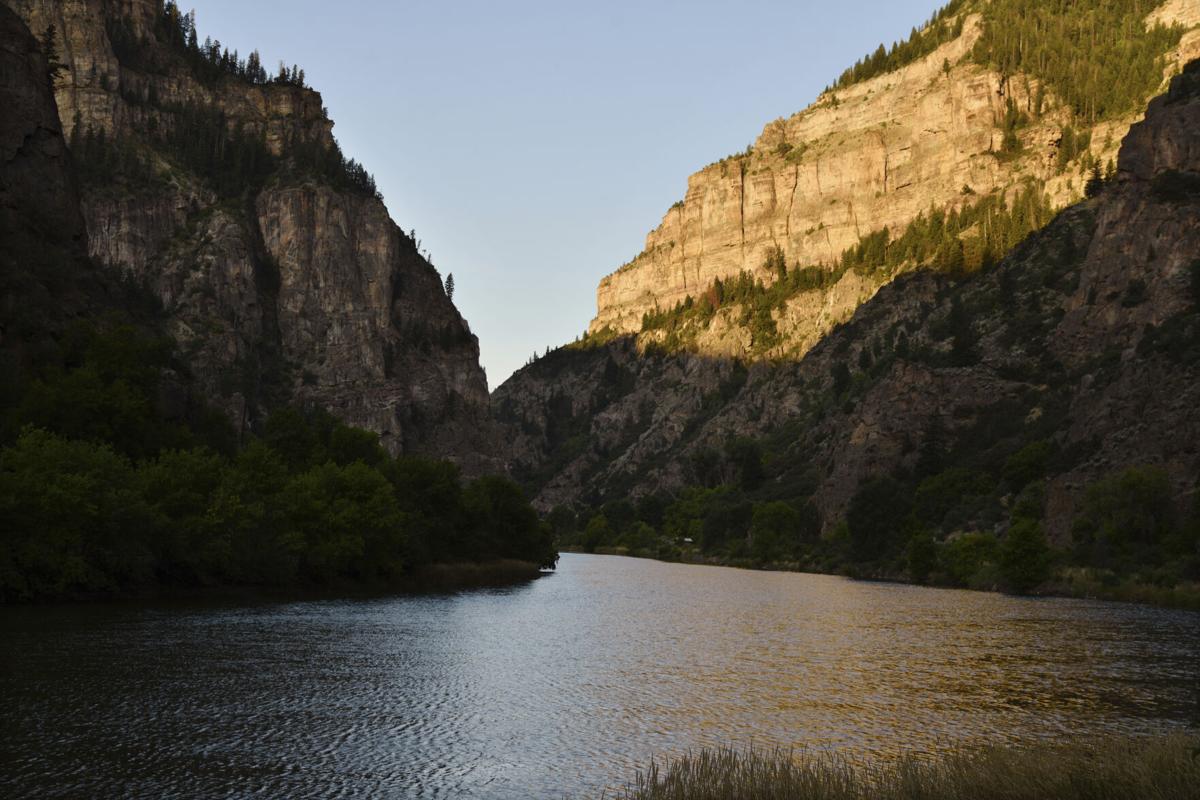 Heath Powers, left, helps set up radiometers for a SAIL in Gothic, Colo., along with site technician Wessley King.

As Western states grapple with a “megadrought,” a new observatory cradled in the Rocky Mountains will help scientists learn more about how a changing climate is affecting the Colorado River and future water supply.

Equipment is being installed at the foot of the Rockies in Crested Butte, Colo., to collect data on virtually everything above ground — precipitation, wind, clouds, aerosols, solar and thermal energy, temperature, humidity and ozone.

That data will be used to enhance Earth modeling so researchers from a 10-member consortium — of which Los Alamos National Laboratory is a member — can peg when, where, how and why snow and rain will fall to better predict the future availability of water, which is key to managing it in a drought.

The prospect of linking Earth and sky through an intensive two-year research project excited scientists who discussed it at a Tuesday webinar. They called it a truly innovative method of studying how the mountainous watershed extracts moisture from the atmosphere and transfers it underground.

The observatory was fittingly described as a bedrock-to-atmosphere system.

Known as the Surface Atmosphere Integrated Laboratory, or SAIL, it will operate from Sept. 1 until mid-June 2023 — revealing not only weather patterns and the processes behind them but the interplay between various phenomena.

It will fill the gaps in Earth models that don’t measure the volume and timing of some water going in and out of the mountains, said Daniel Feldman, a scientist at Lawrence Berkeley National Laboratory.

“The things that we don’t really know all that well is some basic quantities, like how much does it actually rain and snow across this complex terrain in the Rockies?” Feldman said. “Why does it rain and snow at this location versus another? And how does it melt off? Sometimes the monsoons provide water and sometimes they don’t. We really need to understand what’s going on with those kinds of details.”

The consortium overseeing SAIL is made up of four national labs, 10 universities and two research centers.

The U.S. Department of Energy is funding the project. When asked the funding amount, Kenneth Williams, geological scientist at the Berkeley lab, didn’t give an exact figure but said it was a multimillion-dollar effort.

Feldman said the severe drought in California a few years ago was a wakeup call for many scientists that climate change was happening now and must be tackled.

That led to the creation of SAIL, he said.

Having the U.S. Bureau of Reclamation declare a water shortage on the Colorado River last week, requiring Arizona and Nevada to cut back on their supply, was another wakeup call that continued action is needed, Feldman said.

New Mexico, though not affected by this cutback, saw its portion of San Juan-Chama water, which originates in the Colorado River basin, reduced this year to 60 percent of the full allotment.

That water goes to the cities of Santa Fe and Albuquerque as well as Rio Grande Valley growers.

The changing climate has led to what Feldman called “a no-analog future” in which the past lessons only offer partial guidance for mountain water systems, Feldman said.

Williams said the objective is to create computer models that can more accurately measure and predict how well water will be replenished.

If you don’t know how much melting snow will make it to streams and reservoirs — perhaps because arid soil is absorbing the runoff or warmer temperatures are evaporating it — “you’re really flying blind,” Williams said.

“It’s like going into a spending binge without knowing how much money is in your bank account,” Williams said.

Such a project could provide data to help ensure Colorado is delivering its fair share of river water downstream to New Mexico, so it can meet its water-sharing obligations with Texas, Williams said.

Williams said groundwater in general is the most difficult to get a handle on, and this project should assist researchers with that.

They can look at how well an aquifer is recharged by precipitation and how much of the groundwater then helps sustain stream flow as the climate changes, he said.

Williams said studying atmospheric elements and their impacts on water and terrain during two years of changing seasons will be valuable in gauging how the environment works.

Many large field studies are either long with sporadic observation or short with lots of detail covering a narrow time period, Williams said.

“With SAIL, it’s the best of both worlds,” he said.

Considering the fact that we are getting reduced to only 60% of our water from the Chama San Juan diversion , shouldn't this make the city of Santa Fe think twice about future development and what they consider secure water?It seems that all the development on the South side of town is based on having this water available.Expecting that in the future seems naive.Hope our city and the city council recognize this and adjust or we might not have water coming out of our taps in the future.

This is great for regional observations and hopefully mitigation, but I really hope such a focused observatory is also being maintained/ramped up in the Arctic. What happens there is not only more extreme than anything we see here in the temperate regions, but it will be a huge force driving changes throughout the northern hemisphere.