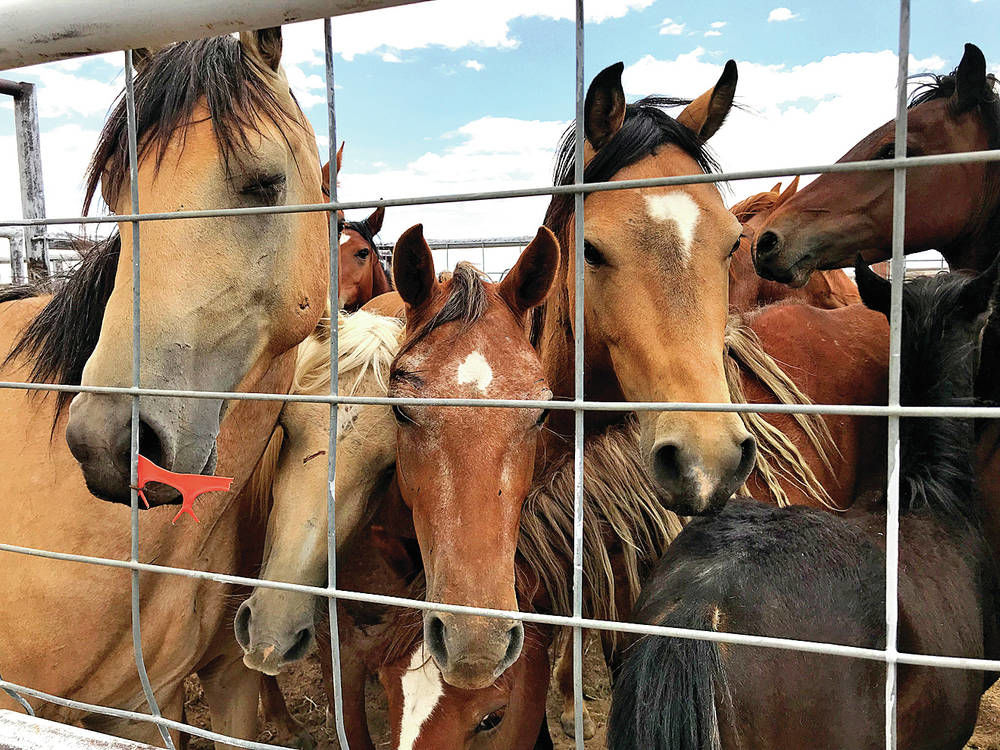 Surrendered horses wait in a pen Aug. 3 to be processed at the auction yard in Naschitti. The Navajo Nation is offering $50 for each surrendered horse. Jon Austria aily Times via AP 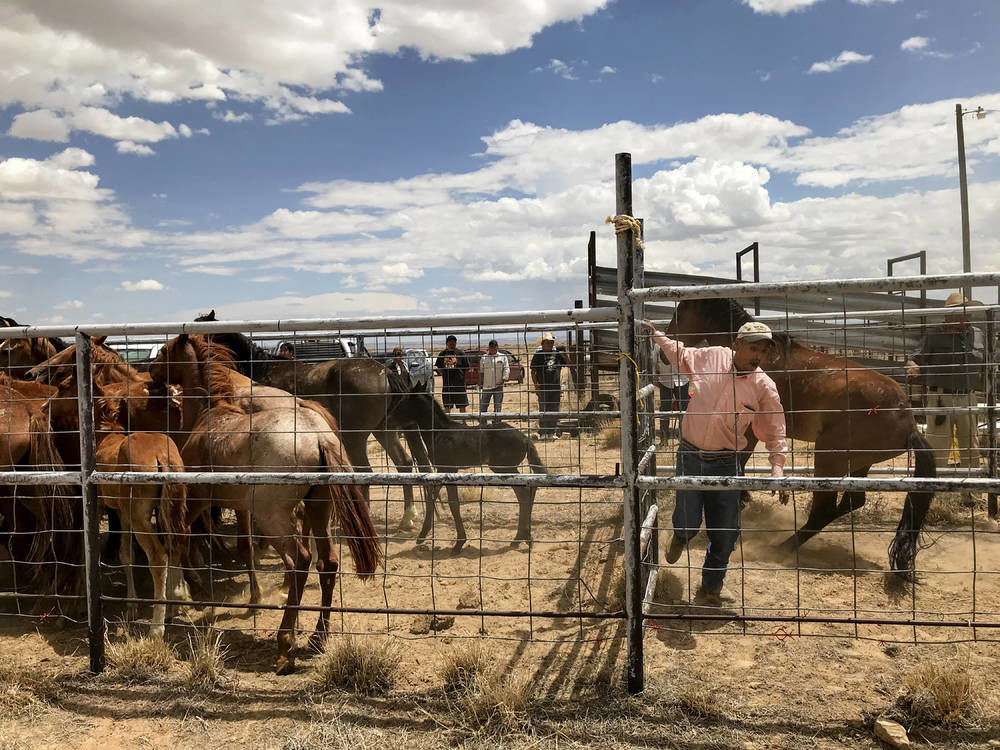 Surrendered horses wait in a pen Aug. 3 to be processed at the auction yard in Naschitti. The Navajo Nation is offering $50 for each surrendered horse. Jon Austria aily Times via AP

FARMINGTON — The Navajo Nation is offering $50 for each surrendered horse to encourage the removal of unbranded, free-roaming horses from tribal land.

The tribe’s Department of Agriculture rolled out a voluntary horse sale and equine reward program last week to mitigate the overpopulation of animals on the range, the Daily Times reported .

The department will issue a promissory note for each horse surrendered at the auction yard in the small community of Naschitti. Payment will be issued within 30 days, according to the department.

The department started bringing attention to feral horse overpopulation in 2013 through horse roundups and entrapments, said Roxie June, the department’s principal planner. The Navajo Nation has removed more than 2,000 horses this year.

“We try to leverage our funding and do as much as we can,” June said. “No matter what we do — if we fix the windmills, if we fix the earthen dams, if we reseed, if we do conservation — those horses are still there and they’re still eating up the range. It’s like a vicious cycle, and the only option for the Navajo Nation is to remove horses.”

The horse removals have drawn criticism from equine advocates and animal welfare organizations. June said she understands the opposition, and the nation is working on alternative methods to address the issue.

The program is funded through a $250,000 grant from the U.S. Department of the Interior.

Unbranded horses collected through the program will go up for auction, June said. The tribal department is considering another collection event in Pinon, Ariz., next month.

Branded horses also can be relinquished for sale to livestock buyers. Harrison Goldtooth surrendered three of his animals after purchasing hay had become too costly.

“I wanted to get rid of them because of the drought,” he said. “There is less water.”