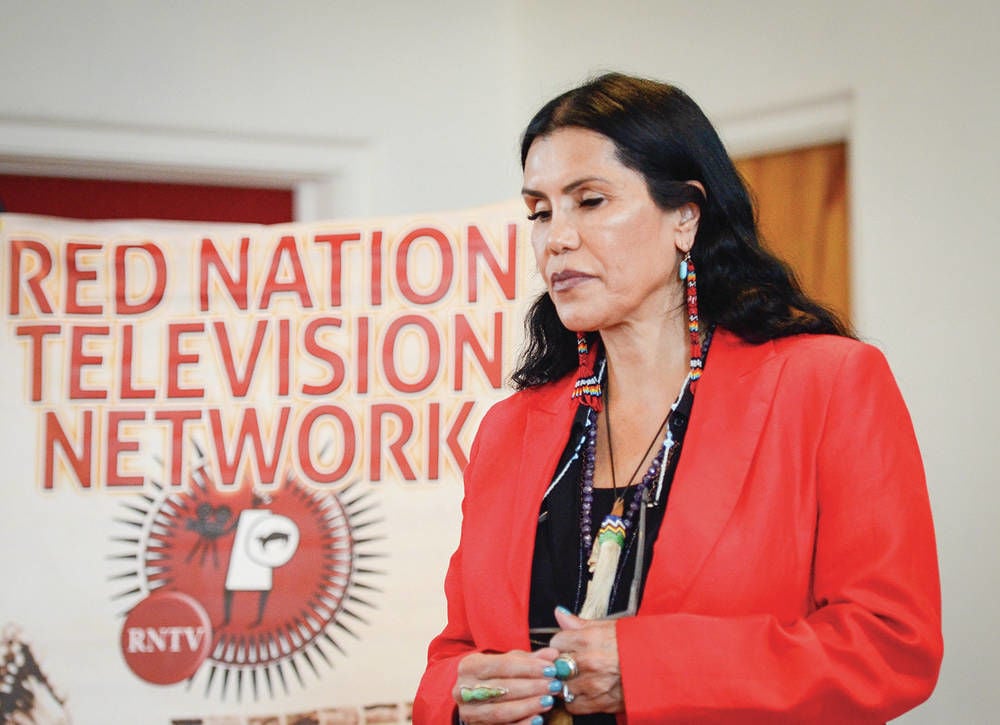 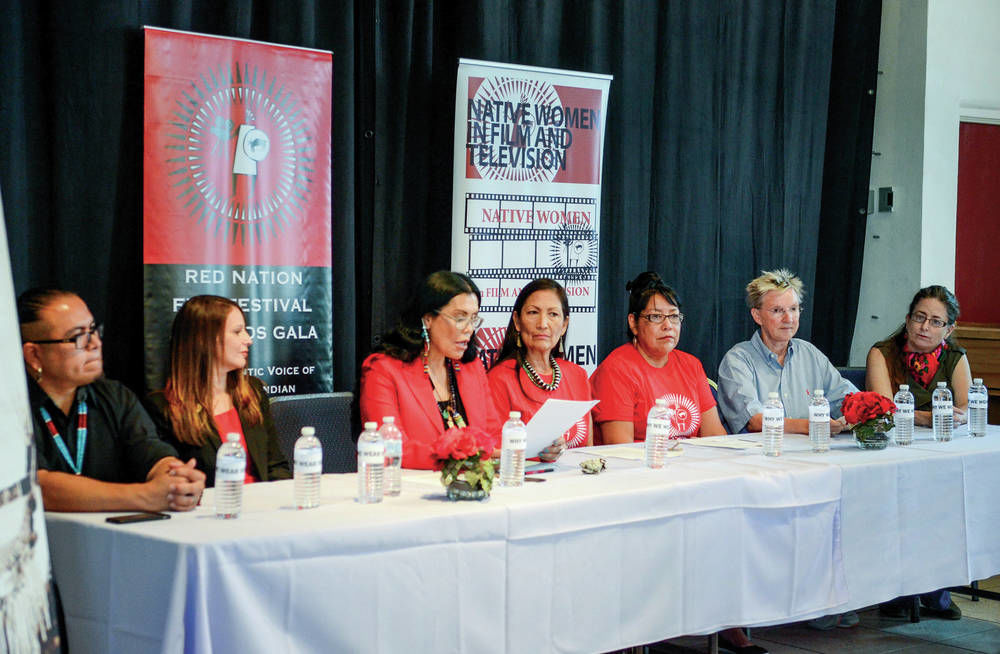 A panel speaks on Tuesday about the Red Nation International Film Festival 2018 and the movement #WhyWeWearRED seeking to increase representation of Native women in mass media. Elayne Lowe/The New Mexican

A panel speaks on Tuesday about the Red Nation International Film Festival 2018 and the movement #WhyWeWearRED seeking to increase representation of Native women in mass media. Elayne Lowe/The New Mexican

A handful of Native American women wore red Tuesday to oppose violence and stand against what they say is systemic misrepresentation in mass media.

“We’re someone visible, not to be hidden,” said Valentina Aragon, a member of the Navajo Nation.

During a news conference at the Santa Fe Indian Center, a panel of six women and one man spoke about pioneering and supporting the movement #WhyWeWearRED. It aims to increase Native women’s presence in films and television, drawing on other feminist activism such as the #MeToo and #TimesUp movements.

The news conference launched the 23rd annual Red Nation International Film Festival, designed to showcase Native involvement in television and film. Held in conjunction with the Santa Fe Indian Market, the film festival is premiering five films Wednesday through Sunday and hosting events surrounding its theme, the power of inclusion.

“If [women] are not seen anywhere, they don’t matter,” Romero said.

Aragon, an audience member at the news conference, said she is excited there is a movement calling attention to the flaws in Native women’s representation or lack thereof in movies and TV.

“We want others to see us as women in that industry to where it’s not sexualized or just another extra,” Aragon said. “When we see ourselves, we don’t see us as the leads.”

Even when Native women are on screen, Aragon said, they’re often damsels in distress or romanticized versions of what outsiders see in their culture.

According to the Coalition to Stop Violence Against Native Women, four in five Native women will experience violence in their lifetime, and Native women are 2½ times more likely to experience rape than other women in the nation.

Romero pointed to her scarlet blazer, saying wearing red is a call to action to raise awareness and end the invisibility.

“We all bleed red — all of us,” Romero said. “That’s why it’s so important, the power of inclusion.”