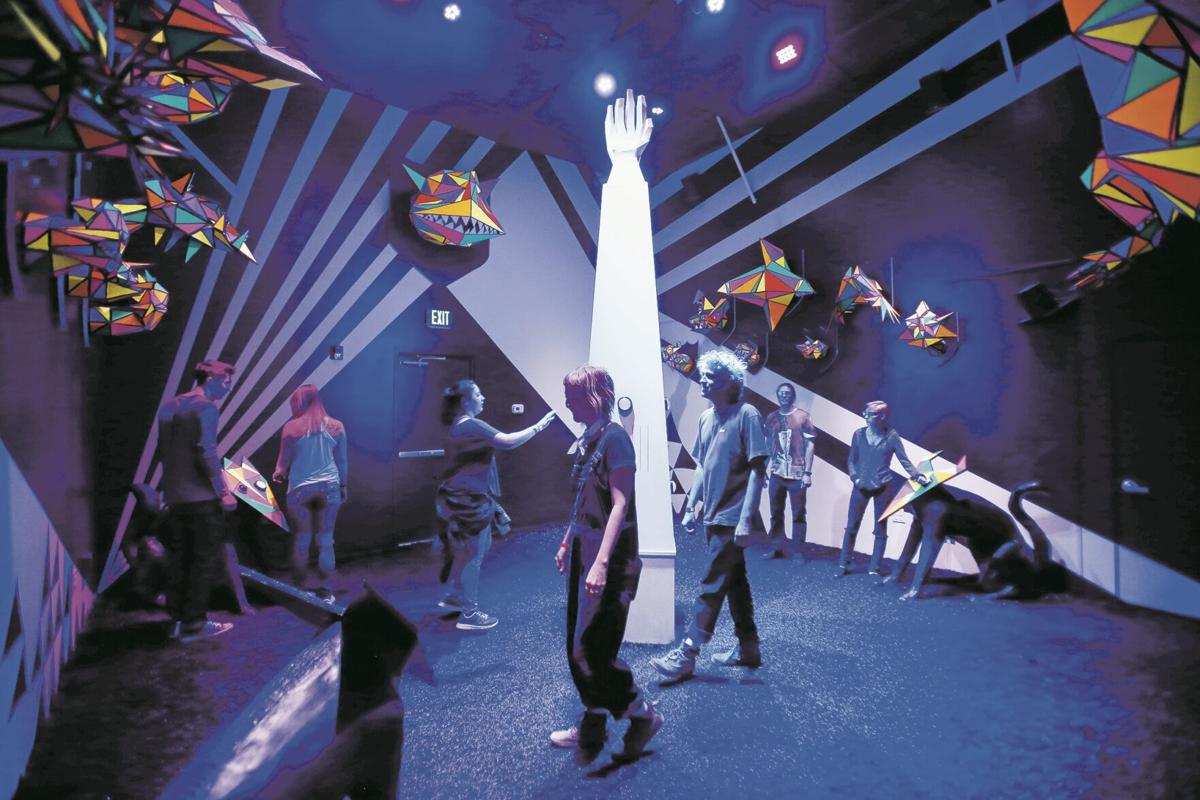 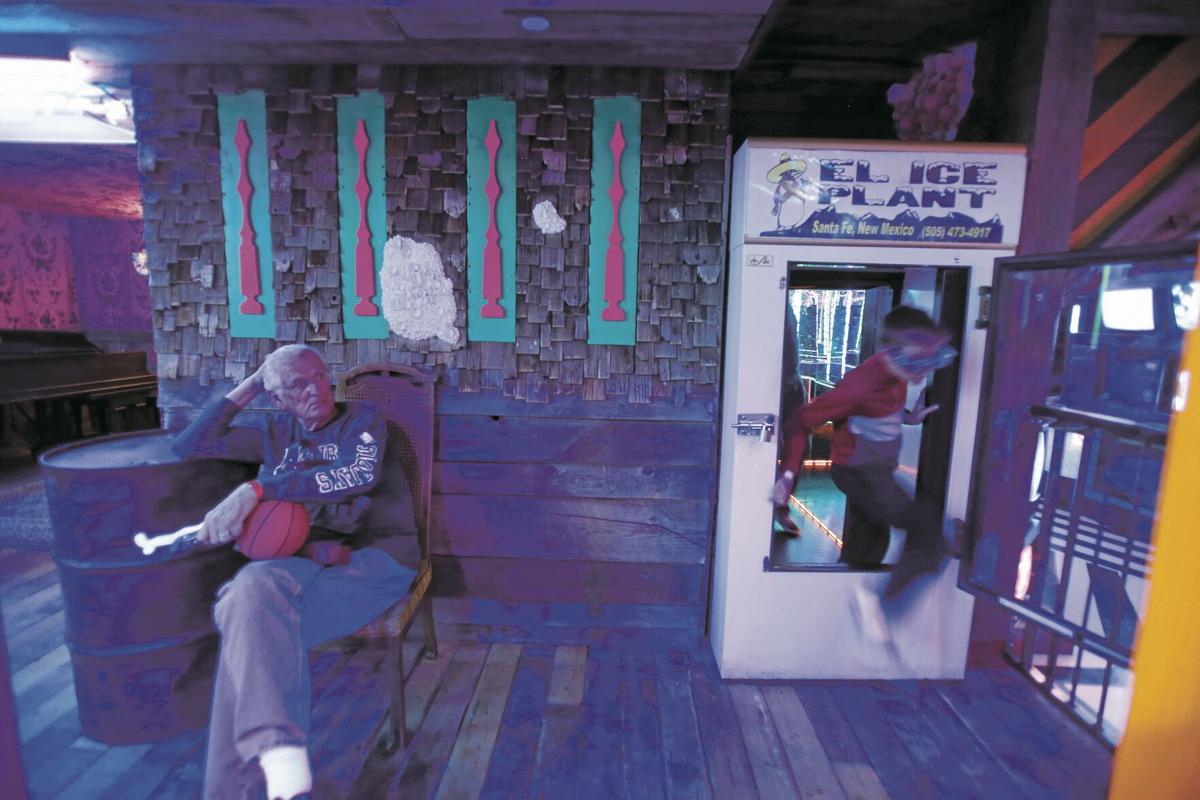 Meow Wolf leadership says it has made efforts to give workers a voice and believes the company can move forward without a union. 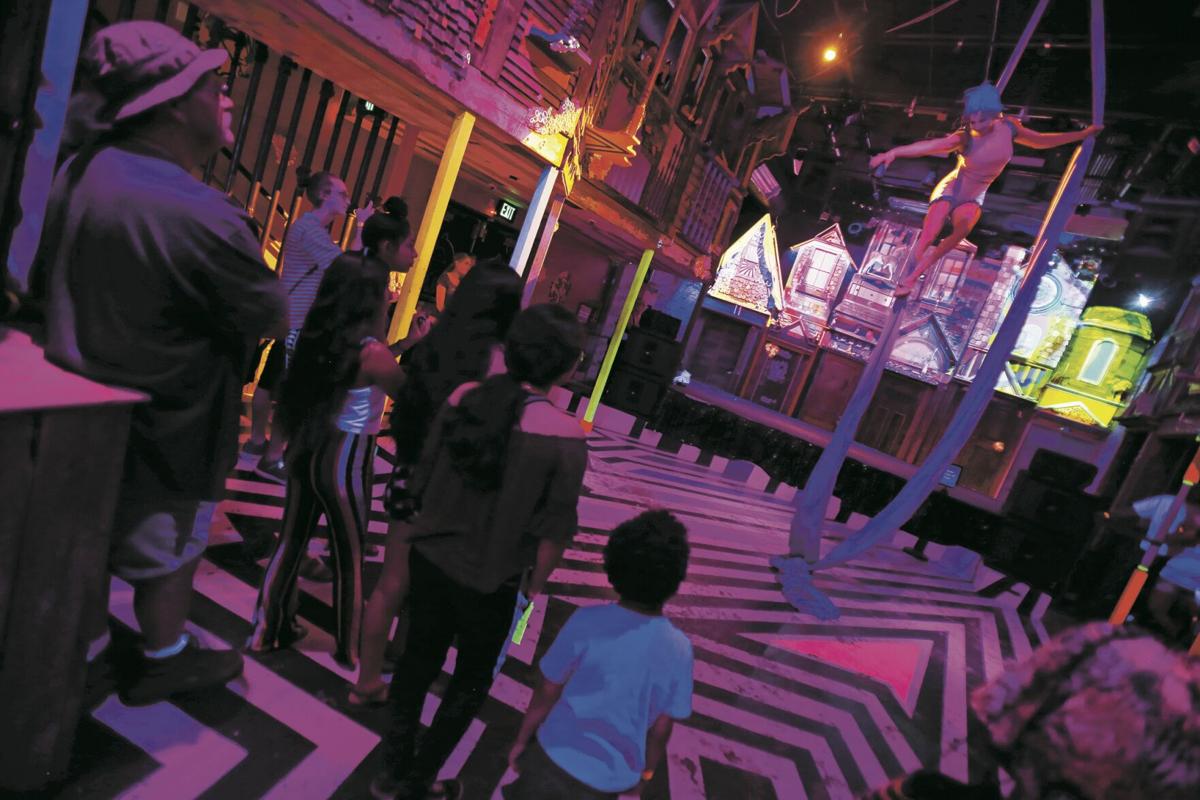 The Meow Wolf Workers Collective aims to have a union affiliated with the Communications Workers of America and to negotiate contracts.

Meow Wolf leadership says it has made efforts to give workers a voice and believes the company can move forward without a union.

The Meow Wolf Workers Collective aims to have a union affiliated with the Communications Workers of America and to negotiate contracts.

As Meow Wolf went from scrappy Santa Fe startup to international phenomenon in just four years, relations between the arts collective’s senior management and a large number of employees seemed to sour.

Just how big that divide really is may be revealed Monday, when a vote on whether to unionize is held for 130 employees defined as the bargaining unit by agreement between the Meow Wolf Workers Collective union and the company’s chief executive officers.

Meow Wolf’s management — known internally as the Office of the Chief Executive Officers, or OCEO — would prefer to head off a majority vote for unionization and stick with the status quo. The Workers Collaborative wants negotiated union benefits to apply to all employees — and eventually, as many employees as possible eligible to join the union.

At the core of Monday’s vote lies this question: Do enough Meow Wolf employees trust its top management to have their best interests in the forefront? The company has about 270 employees in Santa Fe after laying off 201 and furloughing 56 more in April after the onset of the COVID-19 pandemic. Since then, 39 furloughed staff members have been recalled.

In a rare phone interview with The New Mexican, co-CEO and Chief Creative Officer Ali Rubinstein and Meow Wolf co-founder and Senior Creative Director Matt King spoke about labor unrest at the interactive art installation collaborative, acknowledging that while there have been problems, management is determined to address them without the need for a union.

“We believe we can achieve a collaborative environment without a third-party contract,” Rubinstein said, referring to the formation of a union. “We know they are interested in employee protection and equitable pay. We as a company believe these things are already in play. We don’t believe we need a union to achieve these goals.”

But Rubinstein also acknowledged the mere creation of the Workers Collective would seem to indicate that perhaps as many as half of Meow Wolf’s employees don’t seem to think so.

The Workers Collective is affiliated with the Communications Workers of America, which will have a contract negotiations expert alongside five or six elected Meow Wolf bargaining unit members to negotiate a contract if the union vote is successful, Bill Rodgers, a Workers Collective representative, wrote in an email.

“When company leadership insists on calling its own employees a ‘third party,’ they ignore Meow Wolf employees who have been patient and gracious with the company’s changing needs over the last few years,” Rodgers said. “We are a collective of Meow Wolf workers who have been with the company for years, in some cases a decade or more. Some of us have been here since Meow Wolf’s earliest days on Hopewell Street, lending our hard work and talents to make Meow Wolf a success.”

On Sept. 3, the Workers Collective publicly acknowledged the unionization effort. But on Sept. 25, another group of employees not included in the bargaining unit, calling itself Reunion for Meow Wolf, surfaced with the apparent ambition to solve labor issues without a union.

Both the Workers Collective and Reunion have labor issues with management.

“There are so many different ways the company has set up to get feedback to get problems so we can remedy them,” King said. “There has been a lack of participation. There are so many issues coming out that we were unaware of because they were not brought up. What’s inspiring to me is employees have been gathering on their own and discussing these things. Because of a lack of trust, they don’t want to share because they fear retribution. People feel they have a lack of voice.”

Rubinstein elaborated on measures implemented to improve employee relations, including all-hands meetings at which time discussions about the company’s financials, mission and culture are held.

“We do open-door meetings with the OCEO,” she said. “We open the floor to new ideas. We do direct staff organization. We do companywide ideation. We supply an anonymous tip hotline. We have 20 different training sessions, [involving] COVID-19, discrimination, benefits, 401(k).”

Still, some employees are not satisfied, King acknowledged.

“We absolutely want to make this a better place,” Rubinstein said. “We don’t disagree on any of the issues.”

Meow Wolf would not release recent annual revenue figures other than claiming an average 49.3 percent annual increase since 2016, with a 33 percent increase from 2018 to 2019. The company reported $6.8 million in annual revenue in 2017 in a Securities and Exchange Commission filing.

Kadlubek, a co-founder in 2008, stepped down as the company’s CEO about a year ago. Rubinstein, Chief Financial Officer Carl Christensen and Chief Content Officer Jim Ward retained their existing titles and each also assumed the title co-CEOs.

By now, most people know about the Meow Wolf success story in Santa Fe: Its House of Eternal Return on Rufina Circle opened in March 2016 with 70 employees and “zero structure” as a business entity, King said.

On the subsequent march to expansion — more than 500 employees in less than four years — it had to evolve swiftly as expansion tentacles quickly stretched to Las Vegas, Denver, Phoenix and Washington, D.C., he added.

“We were scrappy,” King recalled. “We had a business that far exceeded our expectations. We had to create a lot of structure very quickly. We had to create an actual structure to support the vision. We have brought people in who have greater knowledge than we do. It’s been a constant evolution. We’ve been in a constant malleable state for something that can truly support what we are trying to do. I think we are there now.”

Rubinstein acknowledged the company’s leadership recognizes the Communications Workers of America and will negotiate a contract with the Meow Wolf Workers Collective if the vote approves the union.

The Meow Wolf Workers Collective, which proclaims “Solidarity. For the Multiverse.” on its website, believes the company needs to change as it enters in a new age of multi-state attractions.

“We have worked with and sacrificed with the company in order to bring our art into the world,” Rodgers wrote. “We now seek a new way of doing things. … Without a contract that represents the democratic will of Meow Wolf employees, there can be no guarantee that the things the company promises today will be there tomorrow. We have been patient and gracious with the company’s changing needs and now is the time for them to recognize ours.”

Much of the employee discord revolves around apparent broken promises and the lack of the company moving forward in terms of diversity and inclusion, the Workers Collective has publicly maintained over the past month and a half. It’s a charge the company’s CEOs say they are trying to address.

“It’s important to think about the timeline,” Rubinstein said. “It’s frustrating. We are hearing about promises that were not kept. The OCEO policies are still being completed on pay equity, diversity and inclusion. These are things we have been working on for the nine months we are in place” as OCEO.

Because of COVID-19, “we have not gotten anywhere close to completing all the initiative we got started,” she added.

Though the vote will be taken Monday, Rodgers wrote it’s likely results won’t be available until Tuesday.

After the votes are tallied, a new era for Meow Wolf could be next.

I was in a Union once. And I would NEVER join one again. I learned quickly that no one is going to look out for your best interests better than you will. And that Unions are self-serving entities. Unions are relics of a bygone age. They served a purpose once but now they are horribly corrupt and as outdated as typewriters. Keep your hard-earned money in your pocket instead of funneling it off to some fat cat Union Boss, who in turn will then syphon off a portion to some worthless politician that you may not even support.

The union will kill meow Wolf.

I have to say..."Worker's Collective" has a certain - well - Communist/Socialist ring to it.