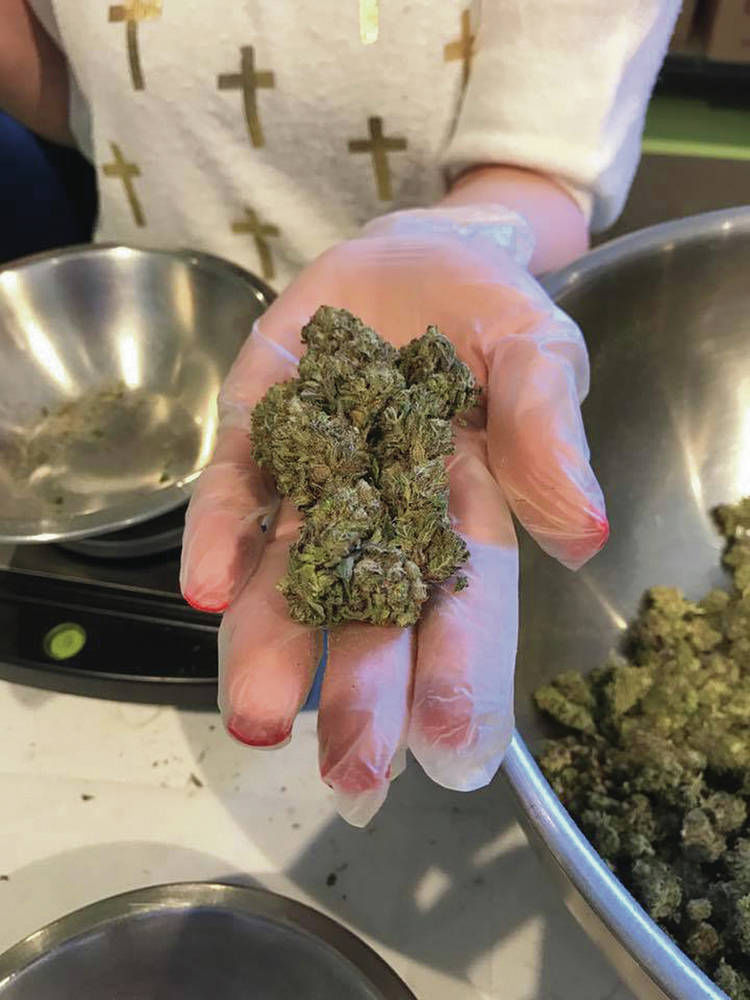 An employee at New MexiCann Natural Medicine holds a handful of medical marijuana before it’s packaged for sale in 2017. 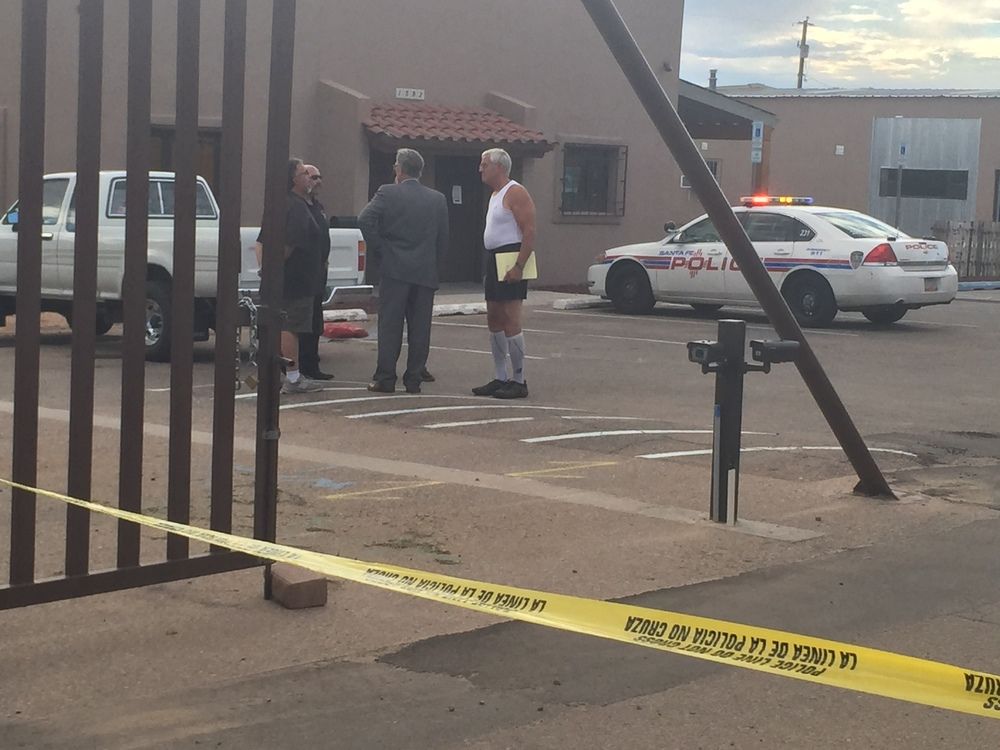 City authorities investigate the scene of a fire at a medical marijuana dispensary on San Mateo Lane in July 2015. Two people were injured in an explosion at New MexiCann Natural Medicine while trying to extract THC from cannabis.

An employee at New MexiCann Natural Medicine holds a handful of medical marijuana before it’s packaged for sale in 2017.

City authorities investigate the scene of a fire at a medical marijuana dispensary on San Mateo Lane in July 2015. Two people were injured in an explosion at New MexiCann Natural Medicine while trying to extract THC from cannabis.

Carlos Gonzales, 56, of Santa Fe was charged in February with two felony counts of arson. Earlier that month, the state Department of Health said it was considering revoking the company’s production and sales license because of the fire, which was the second in five years at New MexiCann’s headquarters in Santa Fe.

Spokesmen for the Department of Health could not be reached for comment Saturday on whether New MexiCann’s medical cannabis license had been pulled.

Employees at locations in Santa Fe and Las Vegas, N.M., said Saturday the stores were holding sales on products and that it was their last day of business. They declined to comment further.

Locations in Española and Taos were closed Saturday.

The closures of the medical cannabis company’s locations come as the state is preparing to develop a production and sales system for legal recreational use of cannabis, following passage of legislation during a special session called by Gov. Michelle Lujan Grisham in late March.

According to a criminal complaint filed in February in Santa Fe County Magistrate Court, Gonzales is accused of switching out a hot plate in the marijuana extraction room at the medical cannabis company’s San Mateo Lane headquarters to one that goes against manufacturing standards, leading to the fire.

Josh Alderete, one of the victims in the explosion, was asked to take over the extraction process due to an absent co-worker and warned Gonzales about changing the hot plates, the complaint states. He also indicated the plate was set at the highest setting, 500 degrees, against manufacturing standards for the THC extraction process.

Josh Martinez, who spent several weeks recovering in the University of Colorado Medical Center burn unit after being airlifted from Christus St. Vincent Regional Medical Center, told investigators he was asked to assist in the process despite not having the necessary training and had heard of Gonzales altering the process prior to inspections and then switching it back.

Another explosion occurred in 2015, when two other employees were burned. The state Occupational Safety and Health Bureau issued fines totaling $13,500 against the business and cited the business for 12 “serious” workplace violations. One of the victims in the 2015 explosion, Nick Montoya, sued the business.

I've been a patient and customer of New Mexicann for over 3 years and am very saddened by this news. Among the dozens of medical marijuana dispensaries I've visited, New Mexicann's sales staff was the most knowledgeable and patient. For someone with PTS, that means a lot. The other dispensaries are more akin to the recreational facilities in Colorado and elsewhere, which are focused more on profit and not customer service. Many thanks to Sam, Simon and everyone there who shared their compassion and expertise with me! A hui hou. [sad]

Perhaps LANL and the nuclear weapons industry is contributing to the low level of workplace safety. Never thought about if=t before, but is "toking" up an issue at LANL?

they should close the place based on the dumb name alone.

They really should have rules about toking up at work.......

Workplace safety seems to play second fiddle to other stuff around here. Cannabis factories blowing up, unqualified workers allowed to electrocute themselves working for the city. I wonder what else is ready for an accident.

Workplace safety is not rocket science.